Call it a tale of two West Coast cities—ones that share a major employer—and the man tasked with ensuring the company’s physical facilities bring out the best in their respective work forces.

“We have to find a way to bridge that gap and keep the culture and energy level consistent amongst all our locations,” explains Michael Pamintuan who, since autumn 2018, has been director of facilities management at the global network security, reliability and automation provider Infoblox. 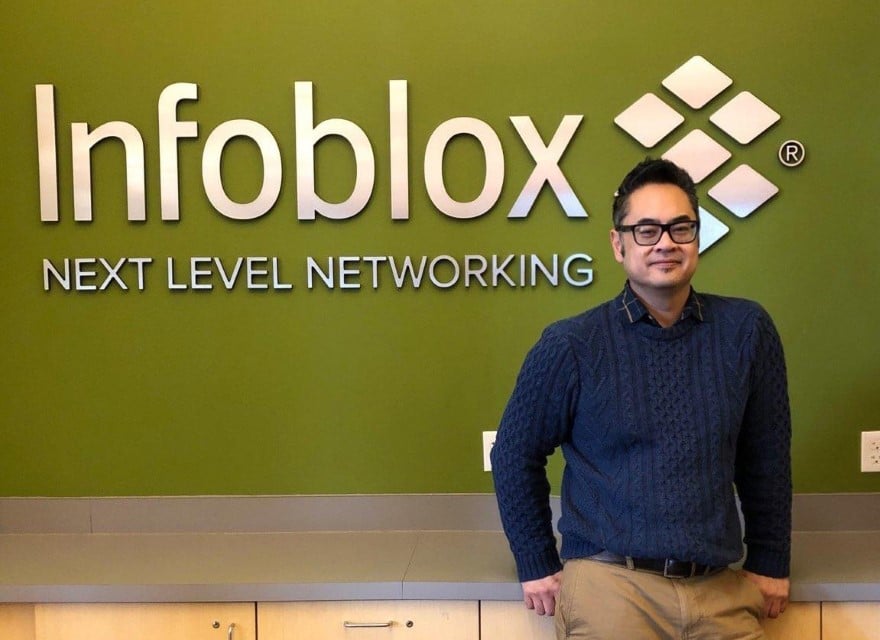 Pamintuan is based at the Tacoma, Washington, Center of Excellence, while Infoblox is headquartered at the Center of Excellence in Santa Clara, California, 800 miles to the south. This year both locations will see some changes to accommodate the ever-growing workforce.

While the company will remain in those locales, it may likely need new office complexes in both, and if there’s one lesson Pamintuan has learned in his career, it’s that one size, design or style does not fit all.

This is even more true in a tech enterprise where the office often becomes more of a primary than a secondary home to the talented, devoted and passionate crew. Pamintuan will have his hands full collaborating across the Infoblox board, reviewing current expansion options, potential new office locations and prepping the selected sites for maximum performance.

Young and the restless

There are noticeable differences between the Tacoma and Santa Clara facilities, notes Pamintuan, who must factor a slew of variables into his big-picture strategy—among them the demographics of the local workforces.

Tacoma tends to attract a millennial workforce looking to join a local tech company while also embracing smaller “big city” life owing to a lower cost of living and less traffic than Seattle 30 miles to the north. Tacoma has become a desirable destination and Infoblox is generous with its internships. There’s opportunity here for more than just engineers. 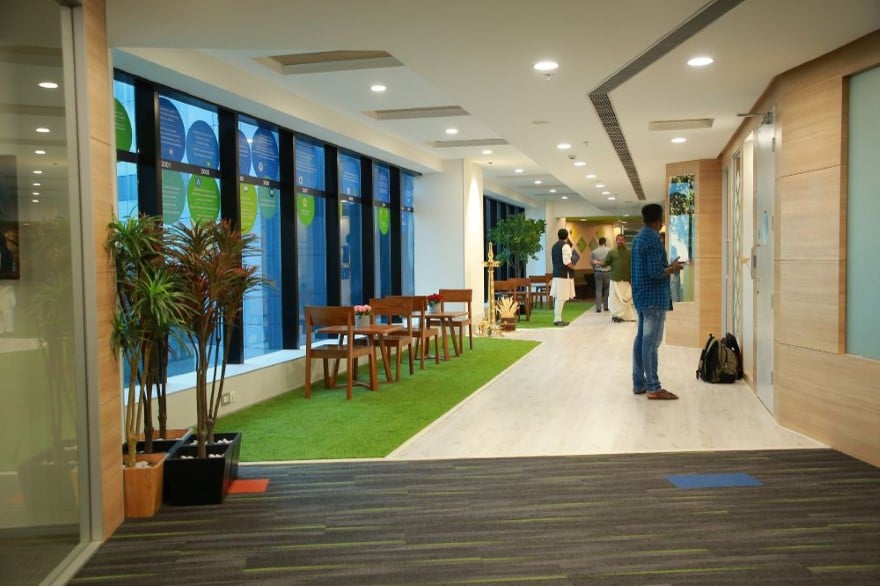 Being close to the tech giants of the Emerald City puts added pressure on Infoblox to retain the talented “Bloxers.” Pamintuan’s job is to tap into the mindsets of the company’s workforce—to gauge what builds positive morale and translate that into a productive workspace. With the current lease expiring in late 2021, it’s never too early to look ahead.

It wasn’t long ago, Pamintuan laughingly recalls, that office perks didn’t go much beyond bad coffee. Nowadays, in the land that spawned Starbucks, it’s a given that the java has got to be good—but that’s just for starters.

Pacific Northwest tech employees are no longer wowed simply by good coffee. Neither will they be inspired by the cubicle-centric workplace of decades past. They want increasingly collaborative digs complete with sit-stand desks, zoom conference rooms, snack and beverage break areas, a gym and a recreational space featuring a ping pong table, soccer, video games and more, allowing for much needed “brain breaks.”

Infoblox’s current Tacoma office, housed in a rustic brick and beam building, has these perks and more. The workforce has doubled since Infoblox originally leased the space in 2016. Putting aside the current perks, Pamintuan is looking to add more square footage, gym options and better parking. These are considered to be core retention perks necessary for these brainy millennials helping the company to maintain and pursue its sweet spot of cybersecurity research, threat intelligence and engineering.

“Facilities may not contribute to bottom-line revenue, but we’re a crucial part of the operating expense,” he says. “My job is to assess how to manage overhead costs while simultaneously enhancing productivity.”

In Santa Clara, the center of Silicon Valley, the work force generations are older, requiring a different approach to an office build-out. 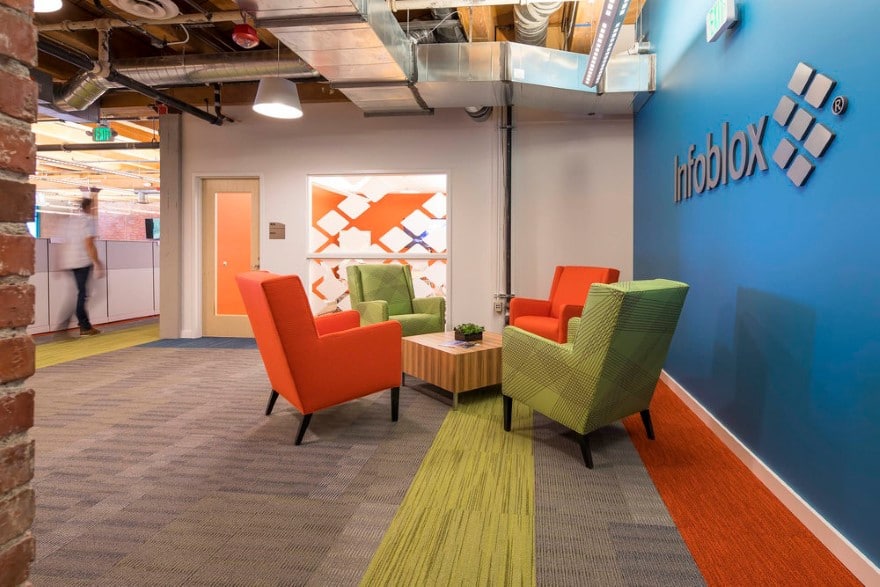 The Santa Clara office has been in its current location for 10 years. The team there is looking to see their office space modernized with collaborative work environments becoming key, further conference room build-outs and more EV charging stations. Office refreshes are key in Silicon Valley to stay on trend and attract and retain talent. Pamintuan is currently assessing whether to continue leasing a two-story, 60,000-square-foot complex where the company subleases and manages the excess space, or to consider a complete office relocation.

Pamintuan’s focus also reaches beyond these two cities. Infoblox has two additional Centers of Excellence as well as smaller offices in 32 locales throughout North America, Latin America, Europe, the Middle East, Africa and Asia-Pacific—all of which he oversees.

Infoblox’s largest office and only Asian Center of Excellence is located in Bangalore, India, with a secondary Indian location in Trivandrum, 90 minutes away by plane. 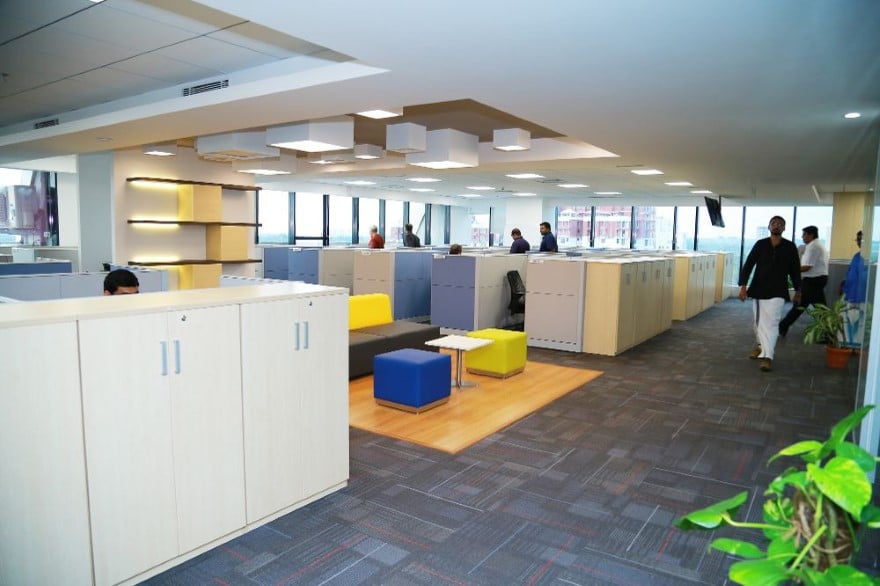 Bangalore offers some of the world’s most innovative engineering, and the company’s customer success group is based in Trivandrum. Both provide vital services for the organization and both have been undergoing significant expansion this past year. Pamintuan expects to continue visiting these locations on a regular basis.

Working with the teams in India has brought new challenges for Pamintuan, as there’s a different protocol than in the Western World. According to Pamintuan, India’s office structure tends to be more formal than its U.S. counterparts with different strategy details and protocols.

“I’m glad I hired a facilities manager last year to be my boots on the ground and to help me navigate these differences,” Pamintuan says. “It’s been a busy year on the facilities front in India.”

When looking at the differences in office needs, first one has to factor in differences in lifestyles and culture. While the U.S. tech workspace trends toward flexibility to accommodate millennial lifestyles, it can be even more so in India where employees often arrive early and stay late to accommodate commute needs, the differences in time zones and the need for global collaboration. Cafeteria cuisine is obviously different, as is office décor, but Infoblox prides itself on its cohesive Bloxer culture regardless of where an employee’s home base is located.

Though Pamintuan is hoping to cut back on his traveling, he’ll likely be living out of a suitcase much of the time for the foreseeable future. He expects to be racking up frequent flier miles between Tacoma and Santa Clara while overseeing the build-outs of both future locations.

As Pamintuan explains, facilities management should be recognized as the indispensable profession it is. The need for it will only expand as companies continue to grow and evolve, he says, along with the skills to take action. 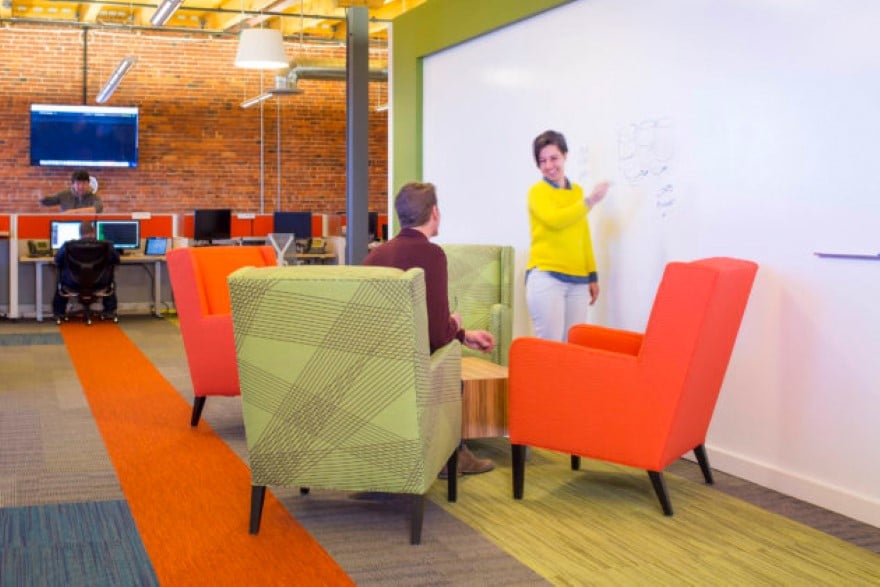 Like so many of his colleagues, Pamintuan didn’t set out on this path, his early interest being prelaw and poli sci as a University of Washington undergrad.

“This profession kind of fell into my lap,” he says. “But I’ve learned to love it. It’s a chance to work with stakeholders and see your impact on the entire company.”

He got his first taste of the industry when a friend at a copy room management outsource company asked him to take on mailroom operations, which led to interaction with the facility manager.

“I was thrown in feet first, but was able to learn quickly and hands on,” Pamintuan says.

He’d go on to work for companies in multiple industries, before heading back to the University of Washington for a certificate in facilities planning and management. He’s also served as president of the International Facility Management Association for two years, stepping down from this role in 2018.

Prior to Infoblox, Pamintuan applied his skills toward biotech and health care, each endeavor prepping him for the greater challenge at Infoblox.

Looking forward, Pamintuan ruminates on words from Albert Einstein: “We cannot solve our problems with the same thinking that we used when we created them.”

Taking into account all the lessons from his past and feedback from his employees, he looks to solve problems that haven’t even been discovered yet as he strives to make his office spaces the “go-to” workplace locations in each of their cities. 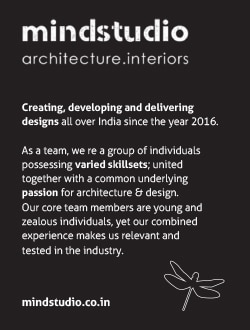