A clean sweep? In a New York minute

If you tuned in to the Rockefeller Center Tree Lighting event this past holiday season, you would’ve seen the 77-foot tall Norway spruce twinkle to life with 50,000 multi-colored LED lights and a Swarovski crystal star—a scintillating backdrop to kicking Rockettes and musical performers including John Legend.

What you didn’t see was the team from Summit Facility Solutions bustling behind the scenes at the NBC gala, helping seamlessly run event cleanup to return the Rockefeller Center venue back to its normal condition. 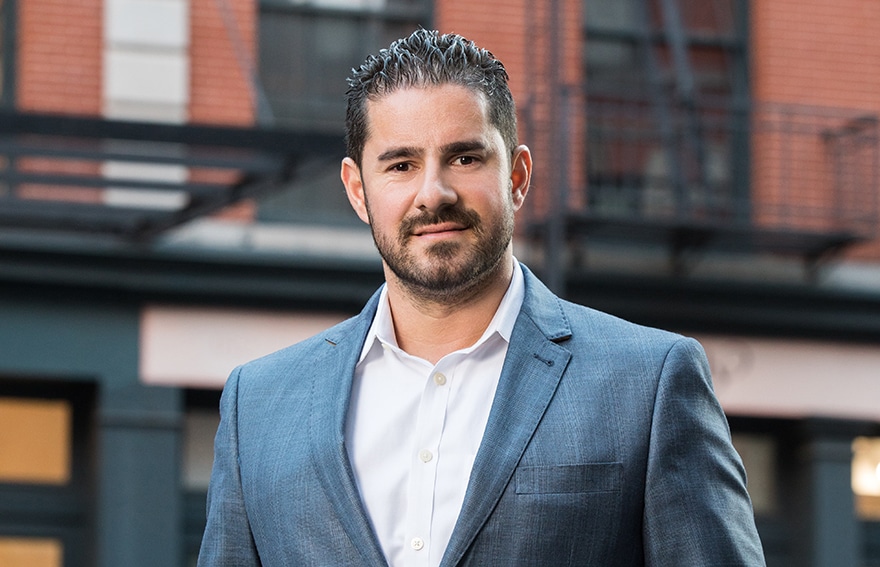 And that’s the point. Just a year after its founding, Summit has firmly established itself with its “white glove” service: garnering big-name clients, securing coveted events and experiencing rapid company growth and geographic reach.

“The company has seen insane exponential growth from its inception,” says Marrazzo, whose other ventures have included Vintage Bicycle Tours and American Bull Rentals®.

Together with his two partners Rocco Bove and Eric Malament, Marrazzo launched Summit Facility Solutions in 2018 with a goal to provide polished and professional facilities services throughout greater New York City.

It has quickly garnered a reputation in the Big Apple: Summit has already established a strong partnership with NBC, having participated in Macy’s 4th of July fireworks event and the Rockefeller Center tree lighting on December 4. 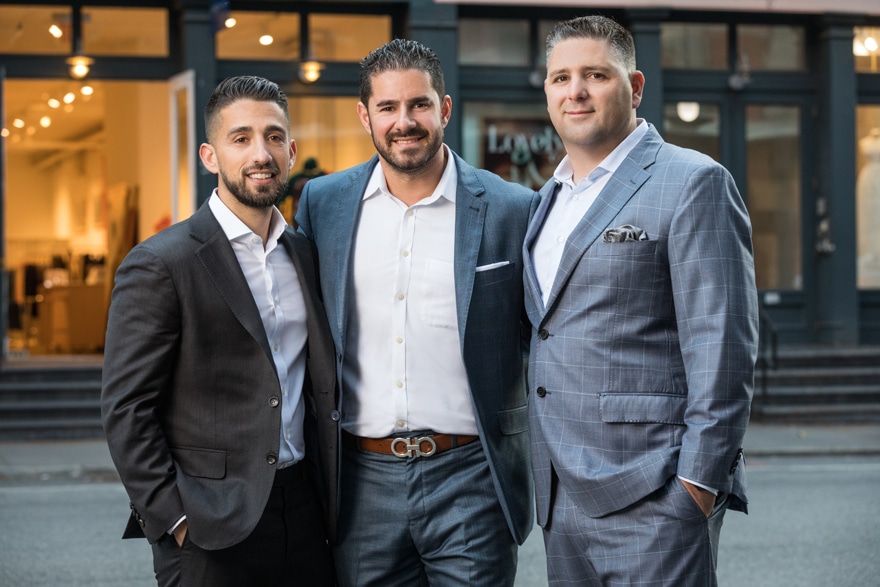 Still, he emphasizes that success comes down to strategic planning, seamless coordination and proper execution. “Communication is the biggest thing,” Marrazzo adds.

For example, with the Macy’s event, Summit set up a command post, with all staff required to check in regularly via radio. More importantly, the site was assessed and prepped ahead of time. As Marrazzo notes, “We’re not walking onto a site the day of and seeing it for the first time. Every detail is pre-planned.”

Summit is now focused on expanding into Boston, Philadelphia and Florida.

“We intend to be a national contender and a one-stop solution,” Marrazzo says.

A St. John’s University alum, Marrazzo was initially set for a “Wolf of Wall Street”-inspired route.

“My dream was to become a trader,” he says.

But graduating from college in 2004 and not having coveted connections in the industry or a preferential Ivy League degree, he found it difficult to land a job in the front office. While he spent 14 years in the investment banking and hedge fund industry, he eventually reoriented his passions onto a more entrepreneurial path. 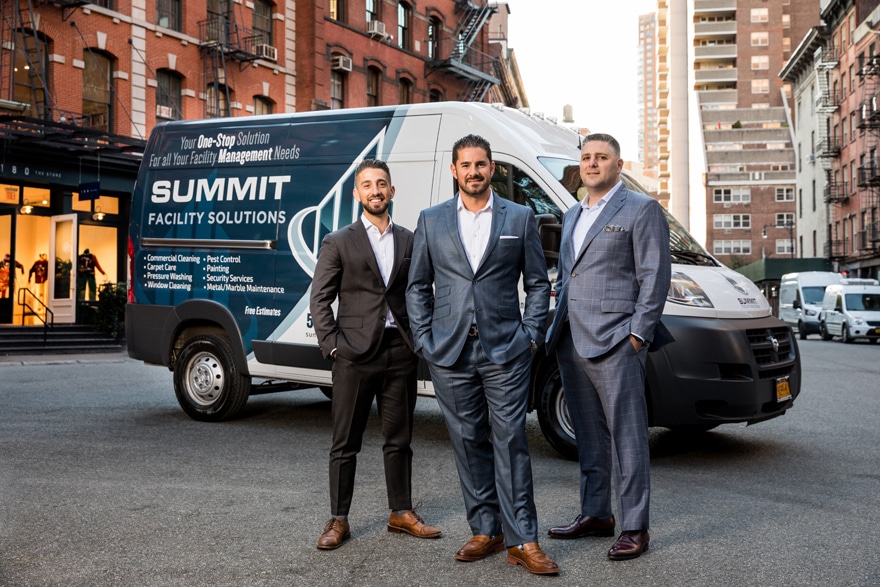 The following year brought an entirely different venture: Vintage Bicycle Tours. The company led 12-mile, eight-hour cycling tours through Long Island’s wine country. It was a resounding success, selling out its inaugural tour and each tour thereafter during his four years as owner. Marrazzo was fully immersed in the company, he says, scouting a route, developing vineyard partnerships and serving as a tour guide.

His third, and likewise vastly different enterprise? American Bull Rentals®. He launched the company in 2013 and became the No. 1 business in the mechanical amusement rental market in the tri-state area.

In the midst of all this, Marrazzo delved into the facilities space—and quickly made his mark—with the New York City-based Safety Facility Services.

Today, the Staten Island native is devoting his energy, enthusiasm and expertise to Summit. High-energy, fast-talking and following a no-wiggle-room schedule, he embodies the phrase “New York minute”—oh, and he’s also the proud father of two sets of twin girls, the second born in fall 2019.

“Sleep is something I’ll do when I’m dead,” he says with a laugh.

Living by the mantra “hard work works,” Marrazzo credits his success across a range of industries to his “nose for opportunity” and his ability to not only survive rejection but learn from it.

He has also had many valuable mentors over the years and he pays that forward today by helping younger people identify their “why?” and “how?”

“It’s all about helping people, right? That’s also the rewarding part for me,” Marrazzo says.

On that same theme, he is dedicated to philanthropy, calling it simply “part of being a successful entrepreneur and leader.”

He has sat on the executive committee for the United Cerebral Palsy Association and is actively involved in the March of Dimes, dedicated to preventing premature birth, birth defects and infant mortality.

The latter was inspired by his own family experience: His first set of twins were born premature, spending the first four months of their lives in the neonatal intensive care unit (NICU). He’s proud to report that today they’re “beautiful and healthy.”

“I’m completely self-made and self-started,” Marrazzo says. “It’s been all about hard work, resiliency and burning that midnight oil. Now I’m focused on sharing my success and my story with people.” 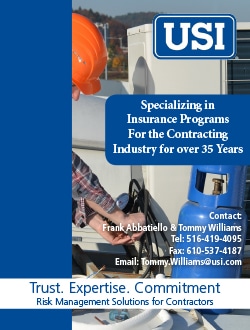 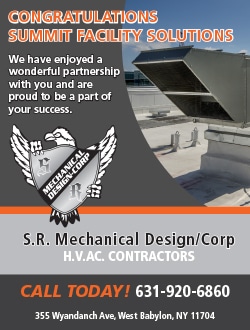