It was only his second day on the job as vice president of facilities for Saint John’s On The Lake, Wisconsin’s oldest nursing home, when Michael Lingle was told he might want to sit in on a planning meeting for an upcoming build.

He didn’t know it would be the largest project of his life. 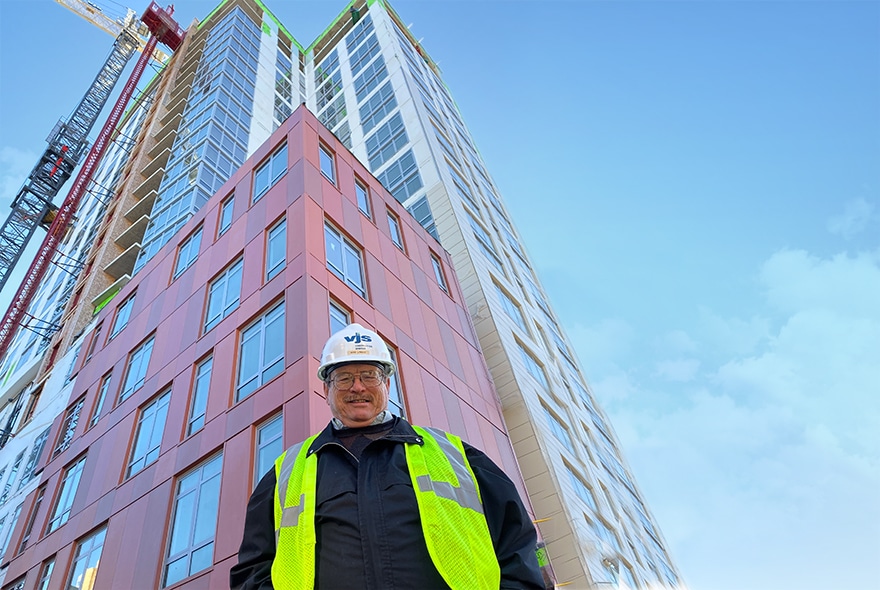 Located in Milwaukee on the shores of Lake Michigan, Saint John’s is building a $120 million four-stage housing project for 500 residents. Coming online in early 2020, the project features a 22-story tower with commanding views of the lake and will offer care starting from independent retirement to end of life.

“I thoroughly love—and thrive upon—logistical and organizational challenges, especially when they’re tied to facility issues,” says Lingle, who joined the company in 2016. “For me this project was a beautiful opportunity that fit my hand like a glove.”

Founded in 1868 by a group of Episcopalian women, Saint John’s built its reputation as a site offering senior adults a place to live out their days with distinction and opportunity.

That intent isn’t lost in the organization’s latest project.

As Lingle explains, the multimillion-dollar tower, encompassing 426,670 square feet, will be home to residents requiring skilled care (what most would equate to nursing home care;) assisted living; and independent living. When complete, the campus will cover 909,000 square feet, including the new tower, a 10-story building and a 21-story tower for those living independently. 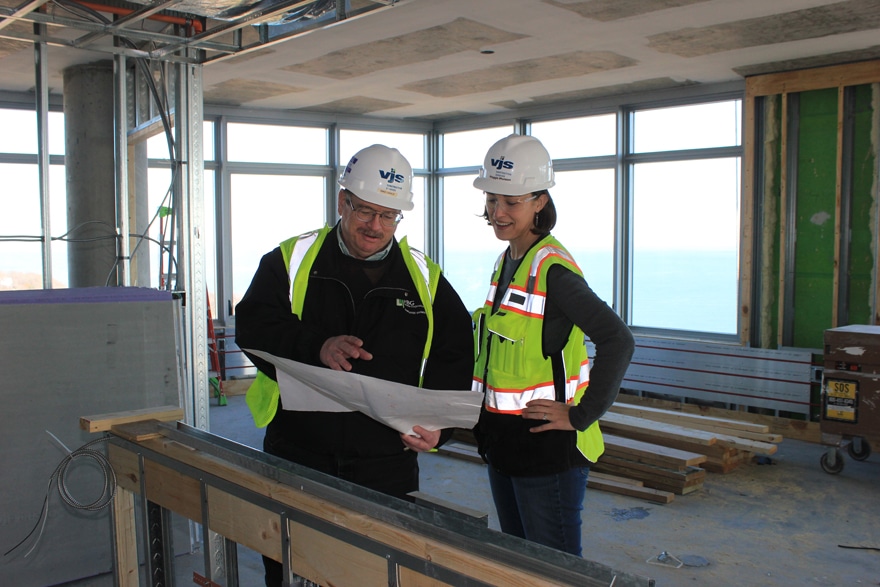 The first phase involved construction of an underground electrical substation to power on-site operations, followed by the tower in phase two.

Slated to begin in January 2020, phase one will involve razing the adjacent facility and rebuilding it within the same footprint. phase four, scheduled for completion in April of 2021, will remodel connecting areas of the existing structures.

The project hasn’t been without its fair share of challenges, however. Chief among them: getting materials and workers in and out of the construction site and coordinating the relocation of wiring and pipelines—tasks made all the more complicated by the project’s downtown lakeside setting.

“Building nursing homes is the most heavily regulated industry next to nuclear power plants,” Lingle says. “The state was involved, and of course there were environmental concerns and maintaining relationships with the neighbors, but it all came together.”

In addition to contributions in Lingle was involved in the design of such items as roof anchor points for fall protection compliance and establishing and maintaining egress routes during changing conditions. He also accompanied Wisconsin Department of Health Services officials during site inspections and worked to ensure all DHS code and documentation requirements are satisfied for opening and ongoing operations. 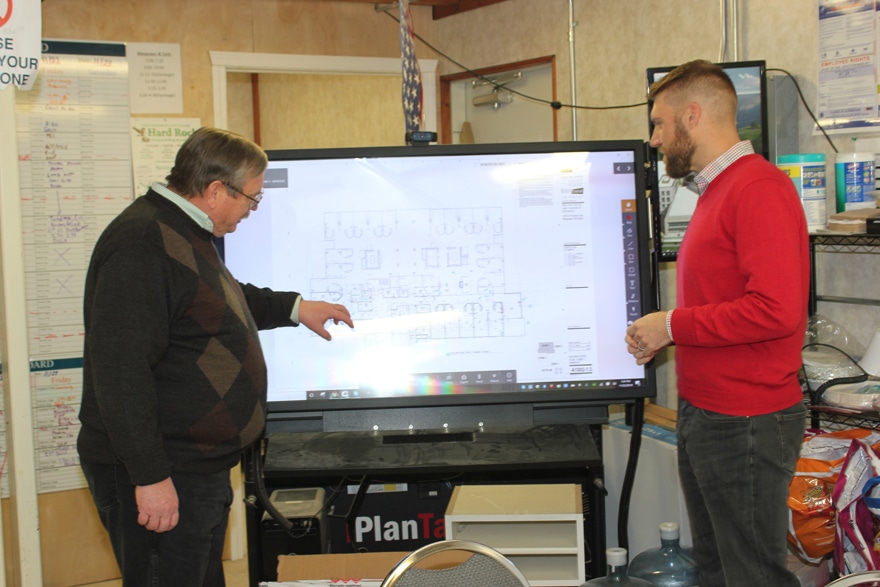 Planners are pleased with the final design that takes advantage of the picturesque setting with windows all around to allow for better views of the lake and more natural lighting in larger common areas. The goal, Lingle says, was to offer a less institutionalized look.

“We wanted to steer away from the traditional 1970s nursing home model with the long hallways dividing rooms of double-stacked occupancies on either side,” he adds. “We feel that we’ve accomplished that architecturally. This is everything we dreamed about.”

Who will it serve?

Currently 350 residents call Saint John’s home, with an additional 150 entering by the middle of next year.

As Lingle explains, the organization is offering Wisconsin’s aging population a combination of life care options: Those able to live independently will be housed on floors seven to 22; 25 rooms on the second floor will be dedicated to support skilled care; while 50 rooms will offer an assisted living option on floors three and four.

A new residential care apartment complex with 16 apartments will be located on the fifth floor for folks with needs between independent and assisted living. Residents have access to nursing and concierge service, with help for things like personal care, groceries or laundry while residing in a gracious apartment.

“This is typically set up for married couples, where one person might be declining in physical or mental health before the other,” Lingle says. “They might be able to care for their spouse but may require help with something like giving a shower.”

On the busy end of the housing spectrum will be the first floor hub of the tower, what planners call the “Town Center.”

There, Saint John’s will offer a slew of amenities including restaurants with both a fine dining and bistro option; a fitness center and pool; auditorium venues for events including everything from educational speakers to dance troupes; a medical resource clinic; physical, occupational, speech and massage therapy; an on-site podiatrist and dentist; rooms for ping pong, billiards and cards; and two libraries. Under the Town Center are two levels of underground parking. 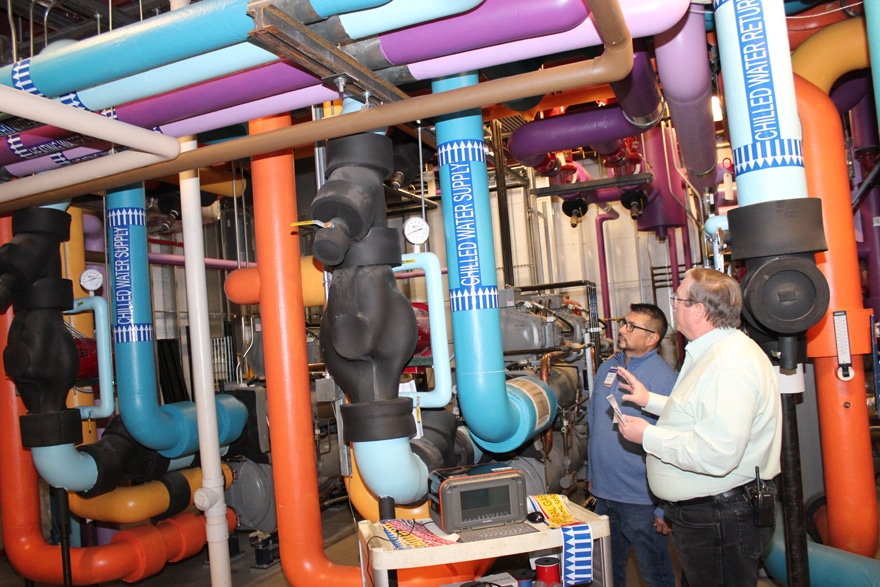 Outdoors, residents can dabble in beekeeping and gardening. Active indoor destinations include a woodwork shop and a creative arts space.

“Our chief desire is to allow residents to live life to the fullest,” he says. “What is nice about our offerings is that if someone joins our community during their independent years and opts for the Continuum of Care plan, it’s guaranteed that whatever care they need, the cost remains constant from their apartment through skilled care.”

The project, in some ways, mimics Lingle’s career progression: Guided by his faith and interest in facility work, opportunities presented themselves and everything came together.

With a knack for architectural drafting in high school, Lingle exhibited an early interest in building construction and planning—even though he earned a bachelor’s degree in church ministries at Maranatha Baptist University in 1991. 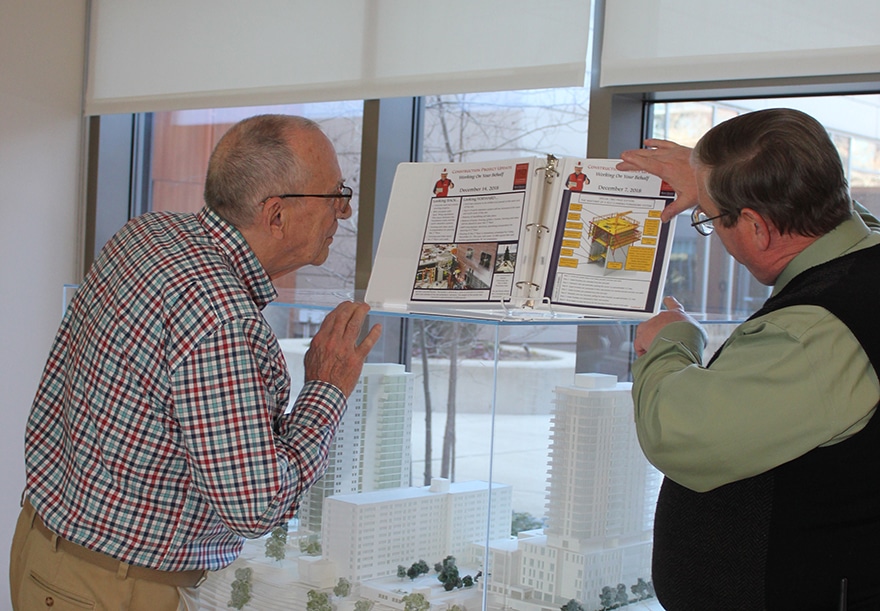 Through his alma mater, however, he got his first position as facilities manager in 1996, gaining experience across a span of 13 years. In 2009, he took a role as regional facilities manager for FBG Service Corporation, providing management services to 460 sites for two of Wisconsin’s utilities companies.

“The industry prepared me as a generalist and God played a part in molding my life,” he says.

All of my skills have come into play says Lingle, who makes it a point to know every resident by name.

“Regulation demands we become professional in the way we do our work, best practice expects it, the residents depend upon it,” Lingle says. “My goal is to develop a professional team without losing a connection with the residents. They’re the reason why we are here.” 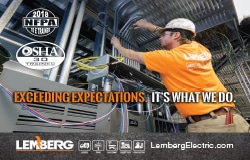