Living the good life in the Connecticut River Valley Michael Hamel remembers his first day on the job at Covenant Living of Cromwell in 2013, when talk of developing a full-fledged town center within the New England senior living community was on the horizon. Now, seeing people bustling around the new campus, which celebrated its grand opening in May, Hamel says is heartwarming.

The recently completed work adds a 114,000-square-foot town center and 54 new independent living apartments, along with a state-of-the-art kitchen, bistro and café. Hamel—former director of facilities management—played a key role in bringing this $47 million project, begun in 2016, to life.

“Helping to make the transformation from piles of dirt to a stunning space has been awesome,” Hamel says. “Seeing the smiling faces of residents and hearing how much they appreciate our work makes the project so worthwhile.”

Located on a 43-acre campus, Covenant Living sits on the high ground of Cromwell, Connecticut, two miles from the Connecticut River. The original facility featured 260 independent living spaces (including 60 with assisted living options) and provided 60 additional residents with a skilled nursing location. Hamel arrived as its executive director was retiring. And while the town center expansion project had been discussed (at least conceptually), considerable work needed to be done. That included design, bidding out the project with architects, and accounting for the site’s difficult topography and soil composition.

The goal, Hamel says, was to upgrade the existing facility and give residents expanded activities and amenities such as spa services and entertainment—while staying competitive in the senior living market.

“There were some elemental challenges getting the project off the ground, but once we got that figured out we gained momentum,” he says.

Having received its certificate of occupancy for the Town Center in May, the final renovation of the former dining room, kitchen and Commons Building is scheduled for completion in 2022. 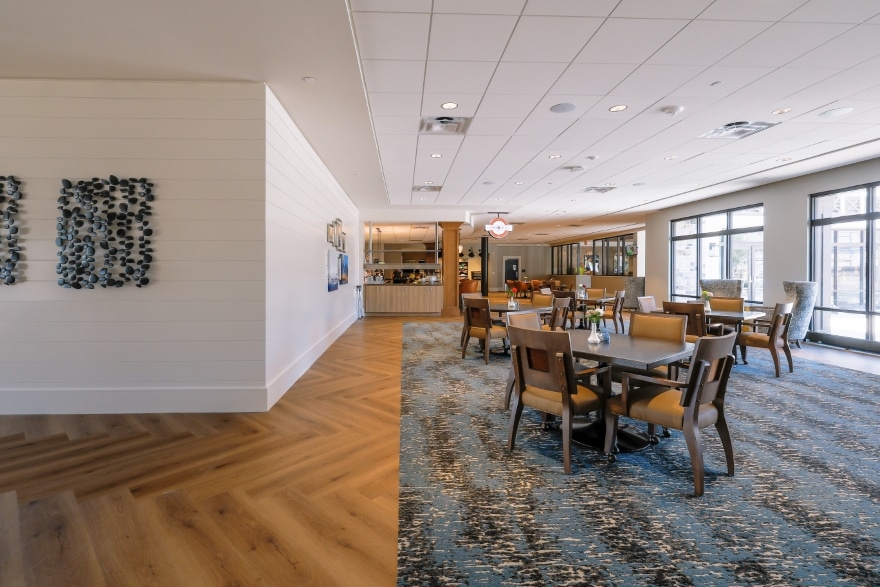 The living spaces come in multiple configurations, encompassing both one- and two-bedroom apartments. The color scheme taps into a nautical New England palette of blues, grays and off-white. The building interior has a stone veneer throughout and two-sided gas stone fireplaces in the reception area.

Adjacent to the main building is a 3-acre pond. Working with the state’s Inland Wetlands Commission and a group of civil engineers, Hamel’s team reclaimed the shoreline, building a quarter-mile paved walking loop around it with a boardwalk and a scenic outlook. Other improvements include outdoor lighting, benches and a fountain funded by residents.

The team will soon turn its attention to the final piece of the project: converting the existing Commons Building into a multipurpose space that’ll be home to a spa and a country store.

With interior work starting in September, the team will repurpose the main building’s existing dining room and kitchen to create additional offices (including the spa and media room) while doubling the size of the library—and even offering the small store to grab small groceries and other goods. 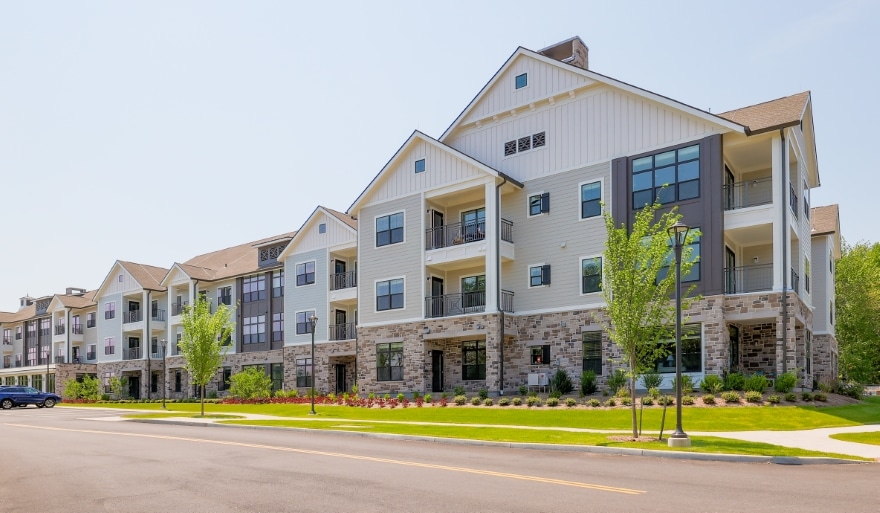 The space will also house a clinical office that will be under contract with a medical provider, enabling residents to see a healthcare provider on-site. The project also includes a host of new amenities and two patios that will overlook a one-acre courtyard.

“Right now, the team is involved with architectural review to wrap up final details of the plan, but some exterior work with landscaping is underway,” Hamel says. “They’ll be capitalizing on the existing building to match the appearance and the ambiance of the Town Center itself.”

Devil in the details

Before entering this field, Hamel spent 17 years as an investigator. He made the switch when a client in that field asked him to work in plant management, which he did, and says he has thrived in subsequent positions because of his capacity to be inquisitive and deductive.

Case in point: During the Town Center project, Covenant had to replace the wrong-sized cooling tower when concerns were raised about the new facility’s heating and cooling capabilities. He only came to that conclusion after extensive research. 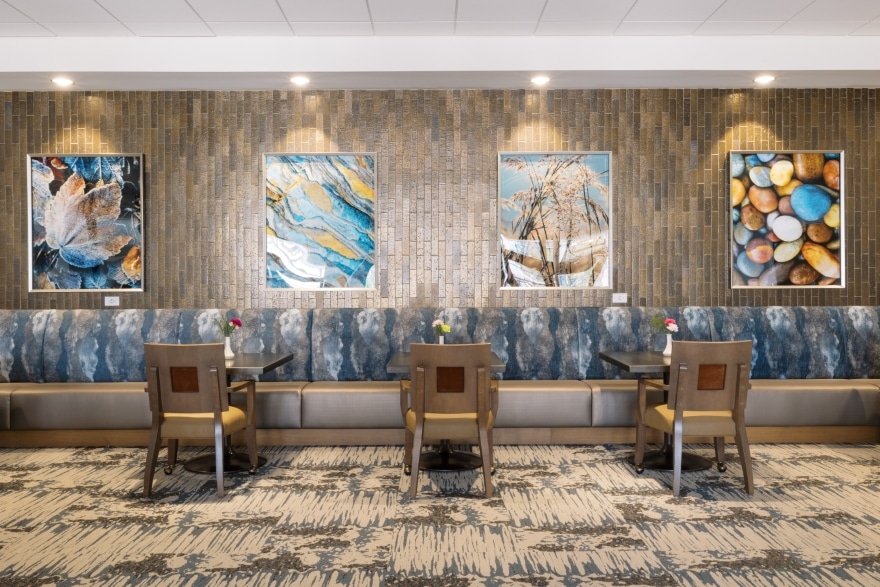 “If I don’t know something I’ll research and ask questions until I’m satisfied,” Hamel says. “In this line of business that translates into saving a ton of money on projects.”

He worked for Benchmark Senior Living in Waltham, Massachusetts, for close to five years, before becoming the director of facilities management at Covenant Living in 2013, where he oversaw everything from housekeeping and electronic security to landscaping and maintenance.

“The most rewarding aspect of my work is that feeling of producing something—or taking care of an issue—that creates joy, or peace of mind for our residents,” he says.