On the road with renovation 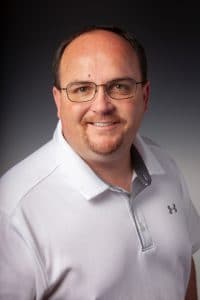 Dog parks, fitness centers, movie theaters and fire pits—these are just a few of the Class A amenities The Sterling Group’s clients can expect to see in its revamped multi-family properties around the country. And they can expect more of them.

With 7,895 apartment units and 6,351 storage units already under management, Sterling recently added three more properties to the roster—two in Atlanta, totaling 557 units and one in North Carolina with 198 units that should be completed in December. The total cost for the acquisitions and renovations was around $113 million.

“There’s a lot of new development. Good growth markets are making good returns,” says Director of Facilities Michael Cook, noting he expects to add more than a dozen in each category in the next few years. “It complements what we’ve already undertaken in Nashville, Charlotte and Columbia.”

Areas considered for redevelopment are what Cook calls a “blue collar workforce” housing platform. Most of these units were built between the 1980s and the early 2000s. Cook says the units were “tired” and suffering from deferred maintenance.

“We’re modernizing them and making them nice, by valued add-ons such as Formica and granite countertops, community dog parks and outdoor grilling areas,” he says. “It’s the little things that can make the projects nice.”

To that end, The Sterling Group is replacing windows, repairing roofs, painting inside and out and doing some energy upgrades to make the units more energy efficient.

Of course, Cook says potential renters with deeper pockets are also being accommodated with Sterling’s Class A line of multi-family developments. These come with an expanded set of amenities from elaborate swimming pools to tanning units. One redevelopment in Indianapolis, Lake Castleton, even sported a 9-hole putting green. 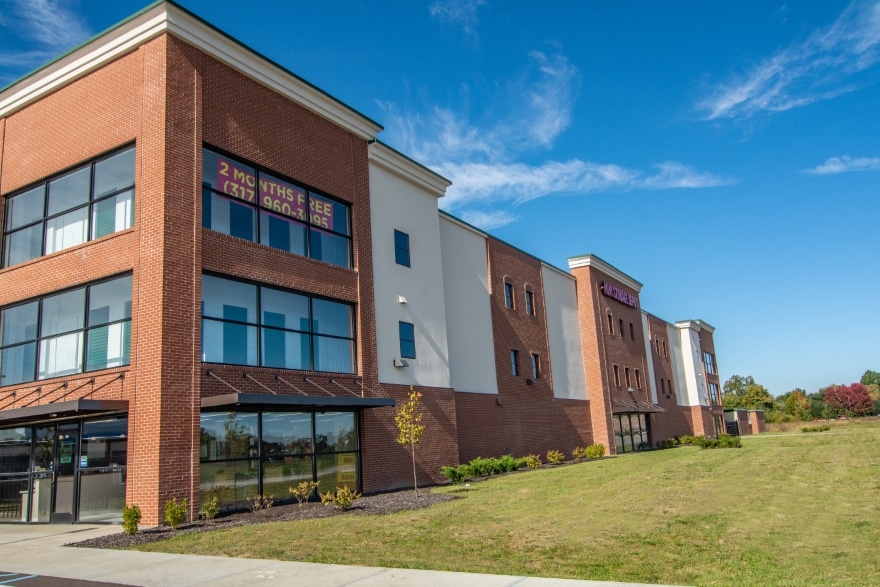 Another property boasting similar amenities and caliber of housing is Ascent at Mallard Creek in Charlotte, North Carolina.

“Our Class A developments are drawing young professionals in newly trending suburban areas, sparking growth in this type of redevelopment in our offering,” Cook says

A staple is for storage

On the other end of its sales spectrum, however, is Sterling’s self-service storage facility business, making up 10 percent of its portfolio.

Currently five facilities—with 390 to 606 units—are scheduled for completion in Q1 of 2020, with another 15 going under construction later in the year adding to the 12 facilities already existing in the portfolio.

These sites are located in the Midwest, as well as Nashville, Tennessee, and Louisville, Kentucky.

“Expansive growth of our markets—even those that have experienced housing booms that we have not built in—is stepping up the need for storage in those area,” he says.

Cook started at Sterling in 2018 with one floating maintenance supervisor; now he has five others to help him out.

There are two owners’ representatives to run capital projects, in addition to a floating maintenance technician and a facilities manager to oversee day-to-day maintenance operations and handle any issues that arise on-site. 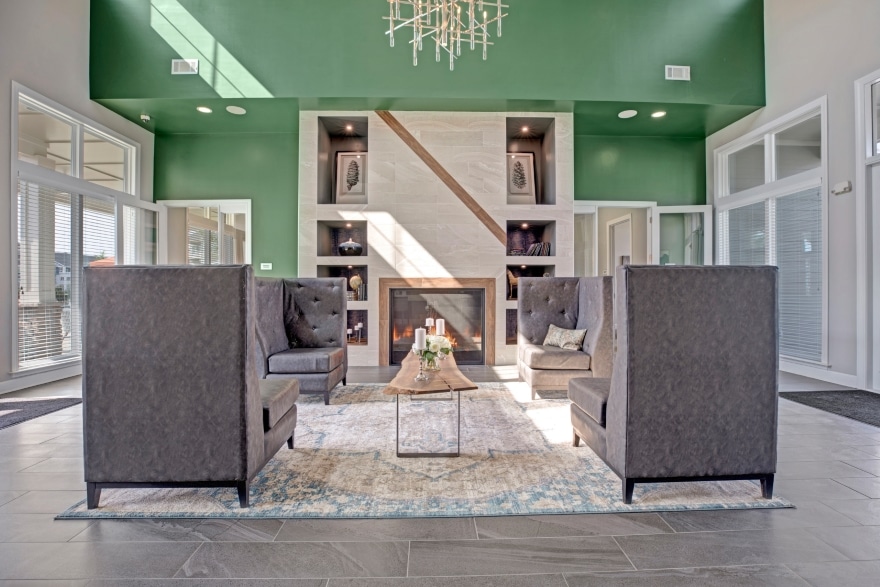 “I’ve handpicked the team,” he says. “It’s a great way to delegate responsibility and help keep things caught up.”

Behind the scenes, Cook is also working on streamlining business processes for the team, making a digital transformation away from paper processing in conjunction with new software from Yardi. This will make tracking easier by using the software to its fullest and implementing add-ons to help streamline the business processes for daily operations.

“This is very important especially as we continue to grow,” he says.

Working with his family in the building trades over the years has been a constant for Cook throughout his life. By allowing him growth opportunities and greater responsibilities, he made his way to Sterling, a 40-year-old family-owned company—such a natural fit.

“The biggest thing you find is how supportive people are of each other and how the work done gets done. There’s an open door policy—if you need anything you just go and ask; it’s that accessible,” he says.

His pathway to housing projects started early on. Graduating from Burlington High School in Kansas in 2001, he worked in the family-owned plumbing and heating business, later joining his uncle as a handyman before jumping into the world of multi-family housing at Harcourt Management in 2002.

By 2004 he became the service maintenance supervisor at Stenz Construction Corporation, a multi-property commercial management company. He oversaw multiple facets of the business for seven years. In 2011, as his experience and responsibilities progressed, he took a position as regional maintenance manager for Resource Residential, a position based in Philadelphia involving capital improvement projects for more than 4,000 apartments and homes throughout 10 properties in seven states. 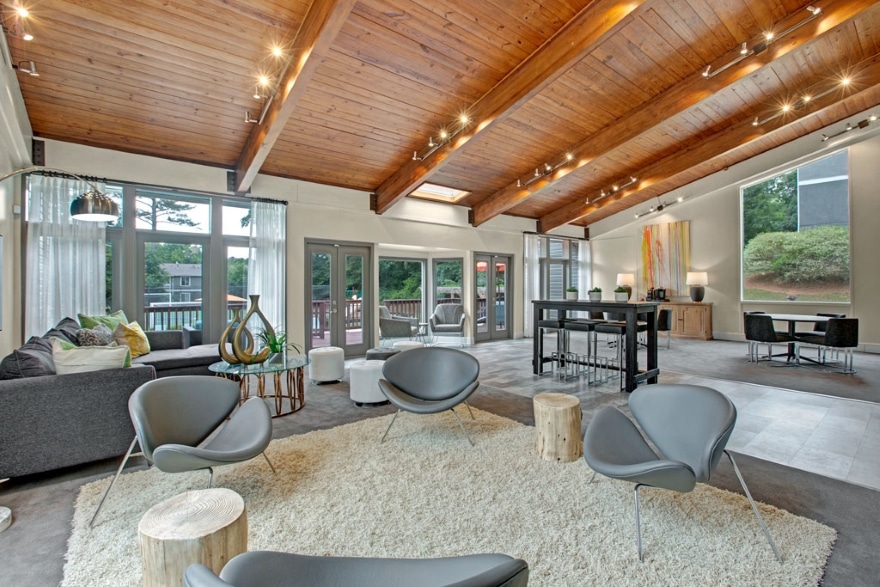 Three years later he moved back to Stenz in Indiana, transitioning to Buckingham Companies in 2014 as director of maintenance and senior director of CapEx, which owned 9,000 apartments on 46 properties in seven states.

Four years later, Cook was recruited to Sterling by a headhunter as the director of facilities. When he met the two Swank brothers—one who was president and the other vice president of construction—and their father, the founder and chairman, Cook says he felt at home.

“The projects they’ve done, how they run the company and their all-around viewpoint of where they are heading made sense to me,” he says, viewing his regional experience as an asset.

Seeing Sterling needed a solid facilities department with structured capital programs, he jumped at the opportunity to join the business. Now with a team behind him, his focus is to lead by example and share his knowledge.

“I like to come to the table with solutions rather than problems,” Cook says. “If you cut corners at any point along the way, you will pay for those two-fold down the road.” 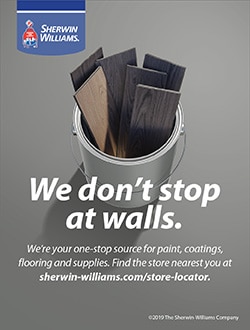