A penny saved is a program earned

The other thing it’s produced: an annual utility bill of $1 million. 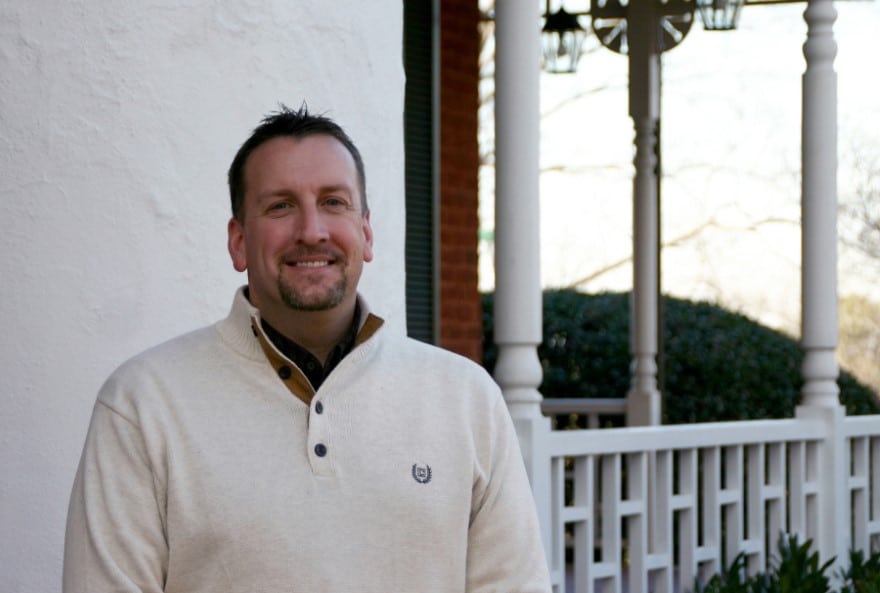 Thankfully, that last bit is starting to change at Georgia’s oldest private college, thanks to the efforts of National Management Resources Director of Facilities Michael Coniglio and his team. In 2012 NMR, along with other key players at the college, implemented a campus-wide energy saving plan that saved its client of 36 years $66,000 in the first quarter of 2012and a total of nearly $1 million to date.

Coniglio says it’s the company’s flexible approach—and a willingness to go above and beyond—that has landed the firm, which specializes in facilities management for higher education, 40 accounts nationwide.

“NMR works on keeping its clients satisfied and we continue to work hard to help this college realize even greater savings,” Coniglio says. “It’s been a great longstanding relationship and from a corporate standpoint it’s a great recruiting tool to show potential new clients what we can do.”

Sizing up the situation

Indeed, nothing speaks louder than the numbers.

When Coniglio took on the LaGrange account for NMR back in 2011, he quickly saw a series of projects that could help the college better serve its 1,000 students. A quick analysis showed that the school was burning through a million dollars annually to keep the lights on—a rate Coniglio believed was unsustainable. 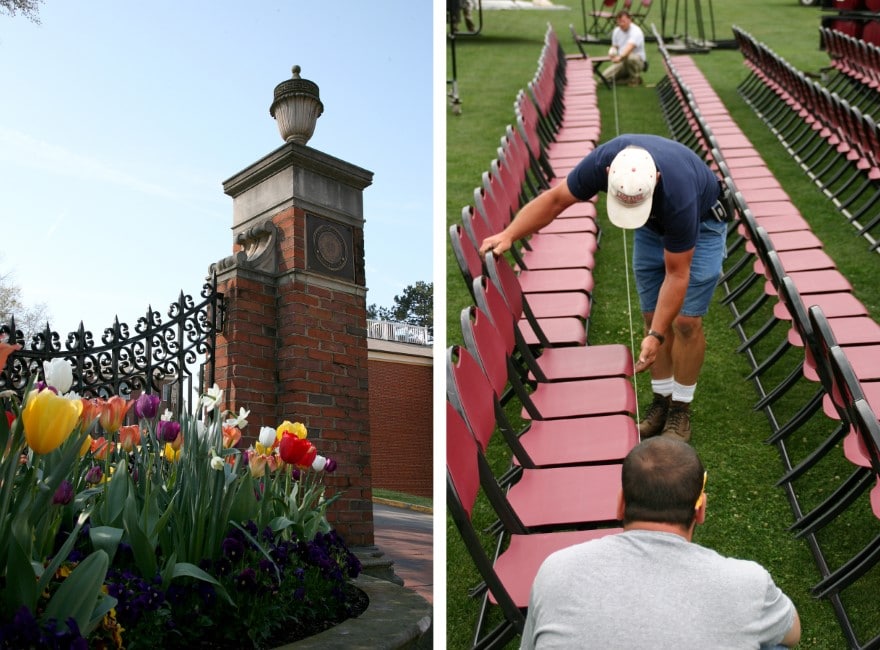 “I saw a lot of room for improvement from a utilities standpoint,” he says. “We dove into the analysis of how the school was running everything—from buildings, to irrigation and water usage, to lighting controls—and we proposed some changes.”

His first order of business was to assist a committee dedicated to addressing the issue that included a key group of college and NMR personnel, the HVAC contractor and a third-party consultant. Together, the group brought forth a campus-wide energy saving proposal to the college president and the school’s cabinet. It was approved in May 2012.

Amazingly, Coniglio says virtually no money was spent in implementing the campus-wide initiatives.

Change was effected immediately by making commonsense modifications at the library facility. For example, by simply putting lighting and HVAC systems on “sleep mode” during off-peak hours, the school saved $66,000 in the first quarter and has continued to save money ever since.

“The college really didn’t realize it was running the vast majority of its systems when the buildings were unoccupied,” he says. “This speaks to the hard work of our HVAC contractor, our staff, and simply monitoring and controlling how we were using utilities,” he says.

Phase 2, and then some

That initial work prompted further investigation, with Coniglio’s team digging deeper into the school’s energy use.

Building on the new Campus Temperature and Setpoint Policy, Coniglio worked with Schneider Electric, headquartered in nearby Birmingham, Alabama to build the Capital Recovery and Reinvestment Program, which ties into the campus’ energy plan. With a focus on modernizing the HVAC and controls and upgrading lighting systems to create efficiencies, the program’s estimated to save the school between 20-to-25 percent annually. 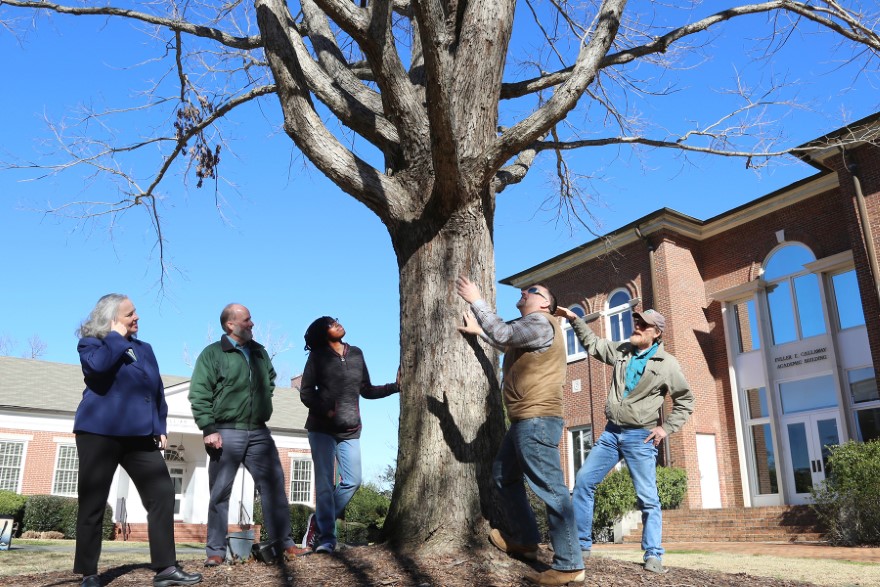 “We began working on this two years ago and it’s still in its infancy, but the auditing phase should be completed later this spring,” Coniglio says.

In addition to these game-changing energy programs, Coniglio and his team will be undertaking some considerable infrastructure upgrades this spring including a new patio landscape and garden project, thanks to a private donation of $250,000. This comes on the heels of a newly launched beach volleyball athletics program with outdoor courts, completed this past February.

“We just had our first tournaments last week and also added men’s lacrosse,” he says. “It’s been nice for the college to have the additional funding to improve the programming and campus environment to increase enrollments.”

Coniglio has certainly found a home for himself in higher education.

After earning an A.S. degree in landscape design and ornamental horticulture at the State University of New York College of Technology at Alfred in 1992, Coniglio left his native New York and moved south.

He would spend the next eight-and-a-half years working as a landscape and environmental manager at Guilford Technical Community College in Greensboro, North Carolina. After that, he worked for a couple of years in project and construction management as a regional manager. 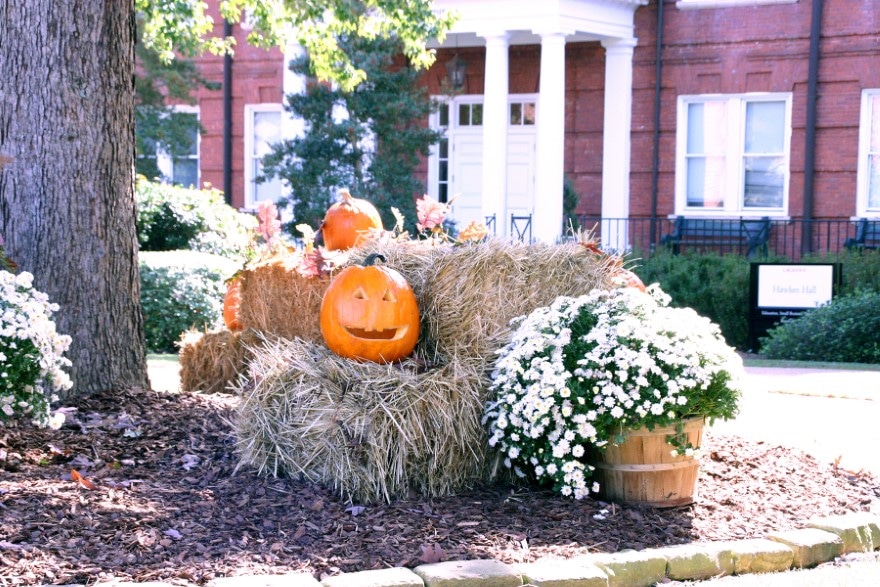 In 2007, Coniglio found his way to NMR where he worked for the organization in a variety of positions at Spring Hill College in Mobile, Alabama; Oglethorpe University in Atlanta in 2009; and finally, at LaGrange, NMR’s signature account, in 2011.

“We’ve developed longstanding partnerships with LaGrange and other universities around the country, chiefly by maintaining close ties with the communities and developing solid working relationships with the colleges that we serve,” he says. “Our company took notice of my efforts and offered me a role as facilities director …  It’s been a good fit for me.”

After 23 years in the industry, seeing potential and investing his time into fostering mentorships with his 35 employees is one of the most rewarding aspects of his job.

“I’m fortunate to work with a group of great young people,” Coniglio says. “A lot of the time you don’t know what impact you’re having on people, but it’s great to see when those you’ve mentored have moved on with the company in larger roles.”

As for the part he’s played in the development of the college’s projects, the satisfaction is multifaceted.

“Generating the savings is relatively easy to do, but really what saving money does is develop a long-term model of sustainability,” he says. “I’m certain some of these savings allow the college to conduct feasibility studies so they can develop other initiatives that will attract students, and by developing other areas on the campus it then becomes a significant recruitment tool which is so important to smaller, private colleges these days.”

While Coniglio is waiting for more projects to land on his docket, he’s proud to say that the initiative with Schneider Electric represents a 20-year investment that will help establish the school’s long-term legacy.

“What we’re doing now will have a positive impact on another generation of students in the years to come,” Coniglio says. “To play a role in this process, well, it doesn’t get any better than that.” 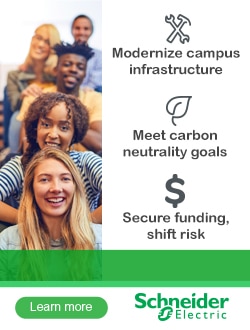