When Jerry Merriman first got word that Merriman Anderson Architects (MAA) had been awarded a contract to restore the iconic Statler Hotel—a building which his firm had already been working on for close to a decade—he knew his firm would be resurrecting a once-proud downtown Dallas treasure.

Actually finding treasure? That was never part of the plan. So, when the MAA crew peeled back layers of old gypsum board to find a 40-foot-long Jack Lubin abstract expressionist mural dating back to the 1950s, the discovery came as something of a shock—albeit a welcome one. 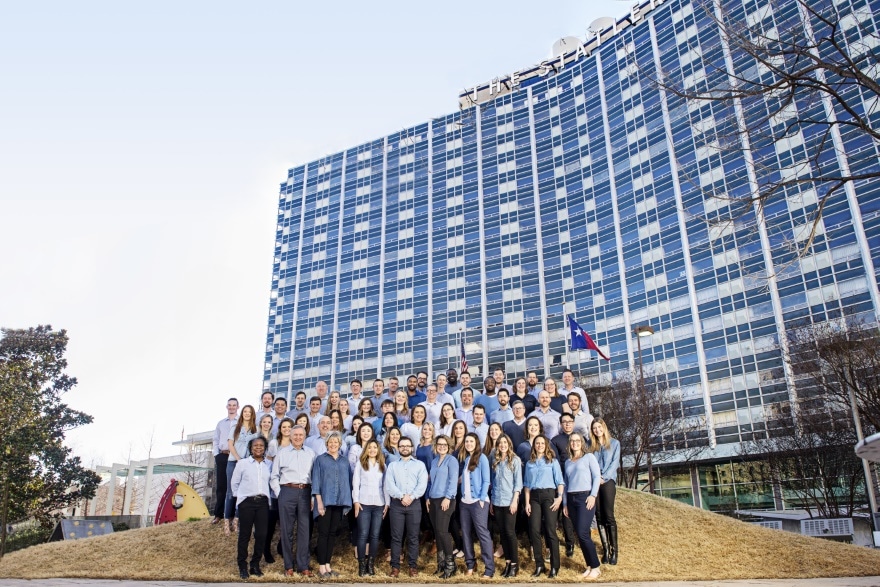 “We quickly realized it was pretty valuable,” Merriman recalls. “So we carefully extracted it, had it restored, and now it sits in the main lobby. It’s one of the first thing visitors see. That’s this project in a nutshell: bringing these forgotten masterpieces back to life.”

Built in 1956, the 20-story, Statler Hilton Dallas garnered press and praise at the time for being the first truly mid-century-modern American hotel, thanks to a bevy of new construction techniques pioneered by chief architect William B. Tabler: a flat-slab cantilevered structural system that minimized the number of exterior support columns, creating a sweeping, soaring structure; and the first documented use of thin-skinned curtain walls now common for skyscrapers.

In 2001, after years of delayed and hampered rehabs, the Statler was closed to the public. While preservation efforts succeeded in keeping the building intact, it would be 10 years before a full-on restoration began in earnest. 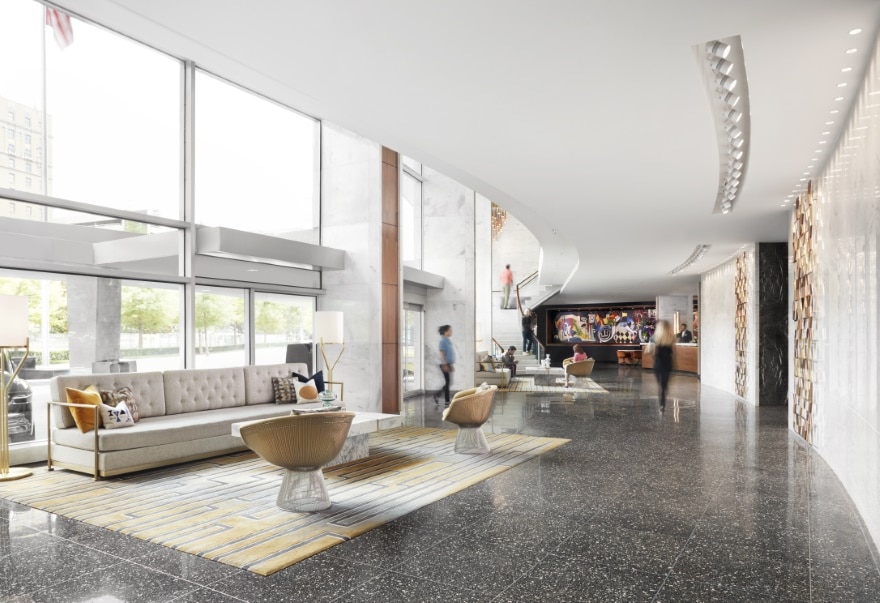 Having aided in restoration efforts for years, MAA was immediately commissioned to aid in the rehab. For the building’s first and second floors, MAA crew removed the carpet and tile to reveal the original black terrazzo. To meet historic standards, new ceilings were installed to mimic the original. Meanwhile, the building’s myriad accoutrements—railings, stairs, ballroom, cladding, molding and more—were restored.

“That’s what made the project so fun: There were all these things we had to work with, honor, play off of,” Merriman recalls. “We were constantly having conversations about how to balance honoring the building’s history with making sure it had a modern look and feel. That’s the biggest challenge.”

The MAA design team consolidated five floors of original hotel rooms, resulting in 161 new units. On floors eight through 18, rooms were transformed into 219 individual apartments of varying sizes. Throughout the building, the hotel’s corridors were restored to mimic the original door designs and locations.

What’s more, the 40-foot masterpiece mural wasn’t the only treasure resurrected by the firm. When a Dallas-area resident alerted developers of an original Statler sculpture sitting idle in his backyard, MAA arranged to bring the piece, known as the Wishing Star, back to the exterior courtyard, just beyond the lobby. 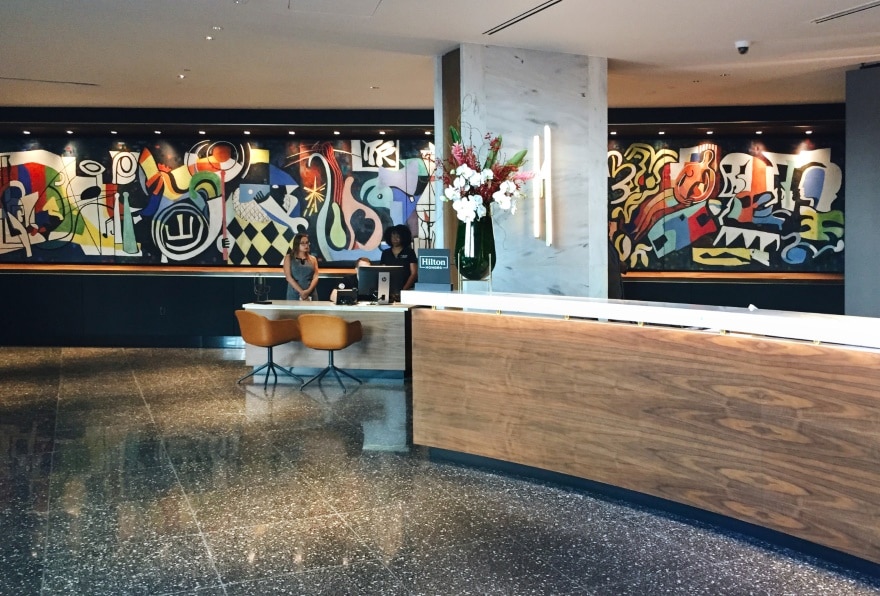 Elsewhere, the firm lent its design and restoration efforts to the hotel’s other amenities, including six food and beverage venues, a four-lane bowling alley and two swimming pools. When the hotel finally re-opened in December 2017, Tony Bennett—the legendary singer who performed at the Statler’s original grand opening 56 years earlier—once again graced the ballroom stage.

But according to Merriman, the Statler, which is now part of Hilton’s Curio Collection, has since received five awards for historic preservation and architectural innovation, was just one piece of a bigger puzzle—and a bigger picture.

“The major aim was to connect this corridor, what we call the Statler Strip, with the rest of downtown,” Merriman says. “Dallas was ready for something like this. And we’re just honored to have played a part.”

These days, however, MAA’s footprint can be found well outside the city’s downtown hub. And it’s a massive one.

With a phase-two target date of 2022, the sprawling, multi-faceted Grandscape will be one of the largest destination mixed-use venues anywhere in the United States, totaling hundreds of acres and more than 3.9 million square feet.

Located 15 miles from downtown Dallas in the town of The Colony, the project represents MAA’s largest—and longest—to date. The plans include a state-of-the-art movie theater, more than 20 restaurants, 348 residential units (comprising phase one) housed within a 14-story tower and an open-air amphitheater. 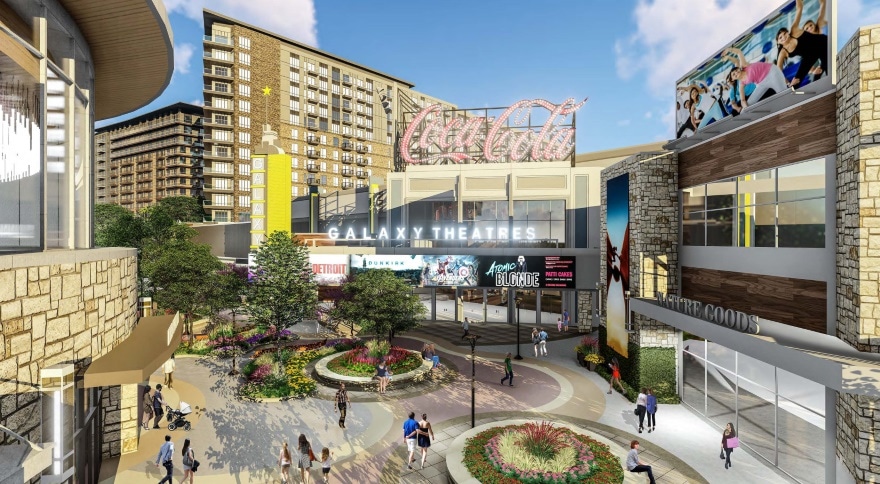 Together with L.A. based vision designer Mark Tweed, MAA was instrumental in creating the development’s five-to-seven-year master plan, the first phase of which—totaling 92 acres and featuring a multi-unit shopping-entertainment-residential center—is slated to open in the fall of 2019.

“It’s been an experience of a lifetime so far, that’s for sure,” Merriman reflects. “It represents how far we’ve come as a company. Twenty years ago, this would’ve been beyond our capabilities. Now, it’s what we do, throughout the United States and internationally.”

The next big project: a 50-story historic hotel renovation totaling 1.5 million square feet—right across the street from the firm’s downtown Dallas headquarters. Slated to open in the spring of 2020, 1401 Elm will feature five restaurants, a Thompson Hotel, 324 residential units and a bevy of world-class paintings and sculptures.

Taken together, Grandscape and 1401 Elm offer a window into MAA’s promising, tech-centric future. To paint a more vivid picture for clients, the firm is using virtual reality (VR) to simulate the experience of walking around the Grandscape grounds.

Indeed, the technology has become an integral part of the company’s design process: from pitching and project meetings to trade shows, career fairs and conventions. In fact, MAA recently brought its VR goggles to the national convention of the International Council of Shopping Centers. 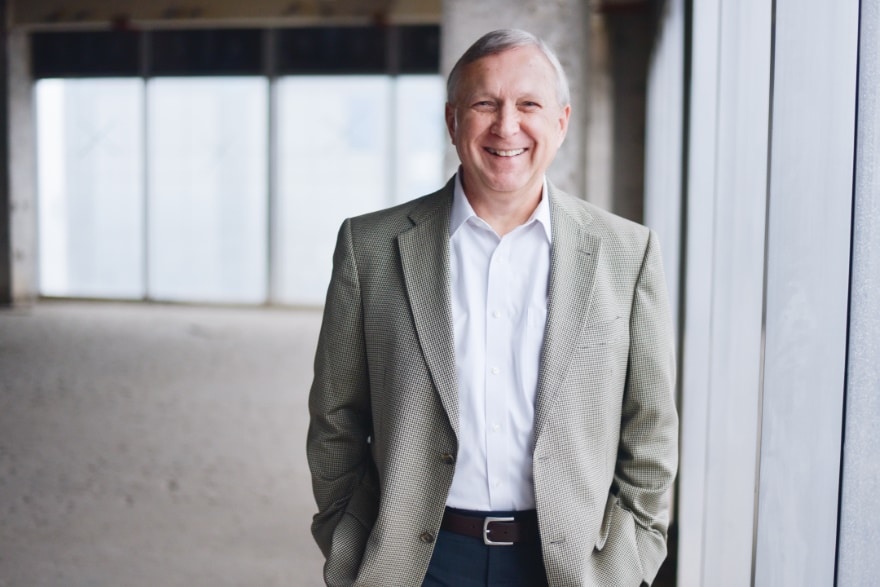 The firm was also an early pioneer in sustainable architecture, buoyed by early accreditation from Leadership in Energy and Environmental Design (known as LEED), the country’s most popular—and respected—green building certification program.

Today, MAA leverages all manner of green techniques and technologies, from capturing wind and thermal energy to green landscaping and water conservation efforts.

Still, Merriman insists the company’s success is about far more than just bells and whistles: In 2017, MAA was named Dallas Architectural Firm of the Year by the American Institute of Architects—a first for the 32-year-old firm.

The way things are going, it possibly won’t be the last.

“Our biggest strength is the talent of our people, and honors like that reaffirm that fact,” Merriman says.

As for their ability to recognize buried treasure when they find them? That might take more luck than talent—though Merriman jokes he’s happy to have both. 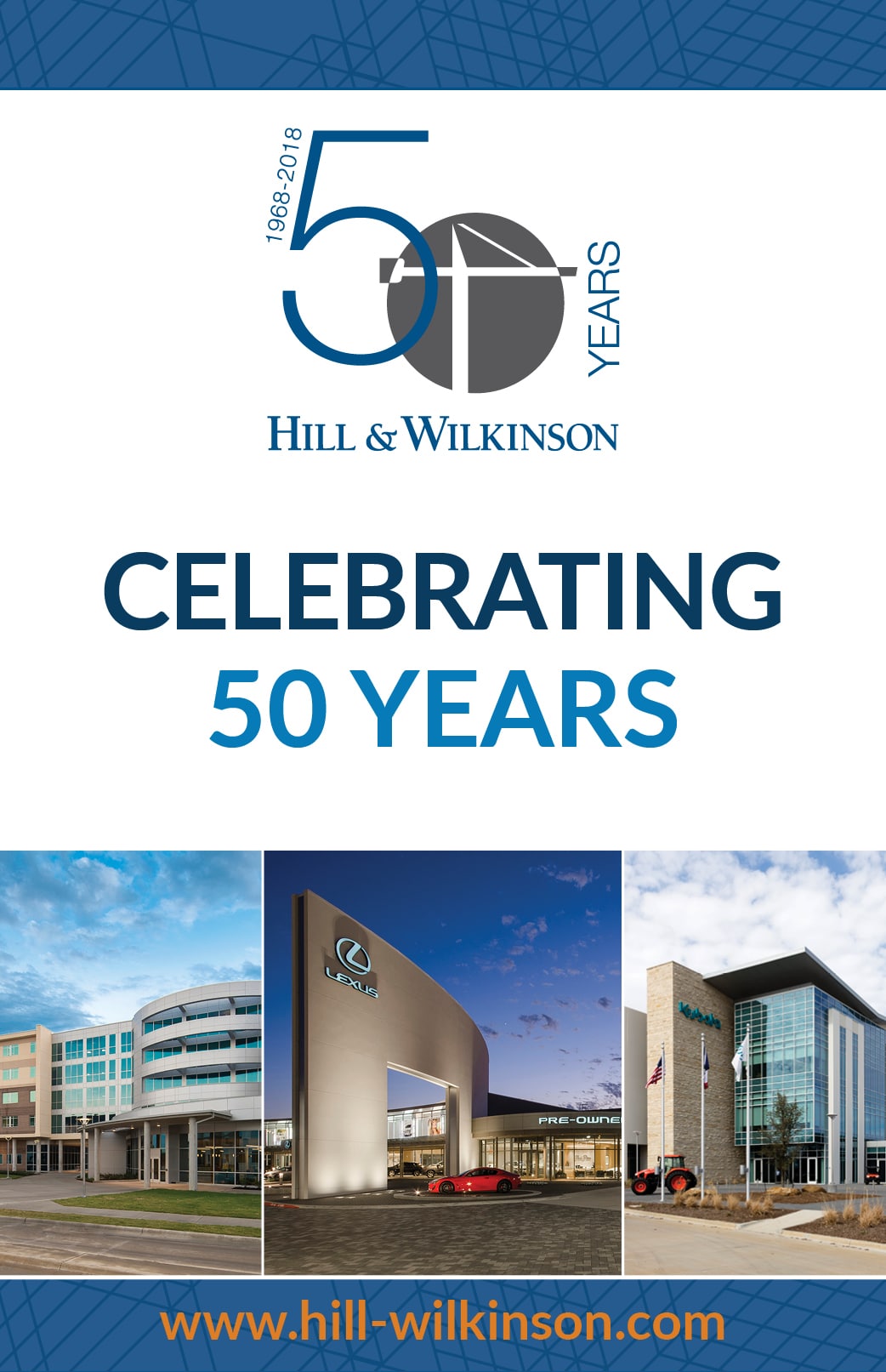 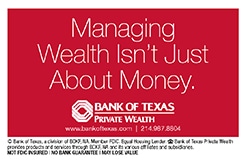