Damn good and able to pivot

Chain, casual dining restaurants aren’t known for creativity, but that can be part of their attraction. Doesn’t matter if the customer is in Portland East or Portland West, Detroit or Dallas. Most any branded restaurant looks alike with an identical menu and meals.

It’s a business model due for some spicing up, which is what Austin, Texas-based Torchy’s Tacos has been doing while expanding its geographical footprint. At last count, the franchise had over 70 outlets in six Southern and Mountain states, with a dozen or so other locales targeted over the course of the next few years. 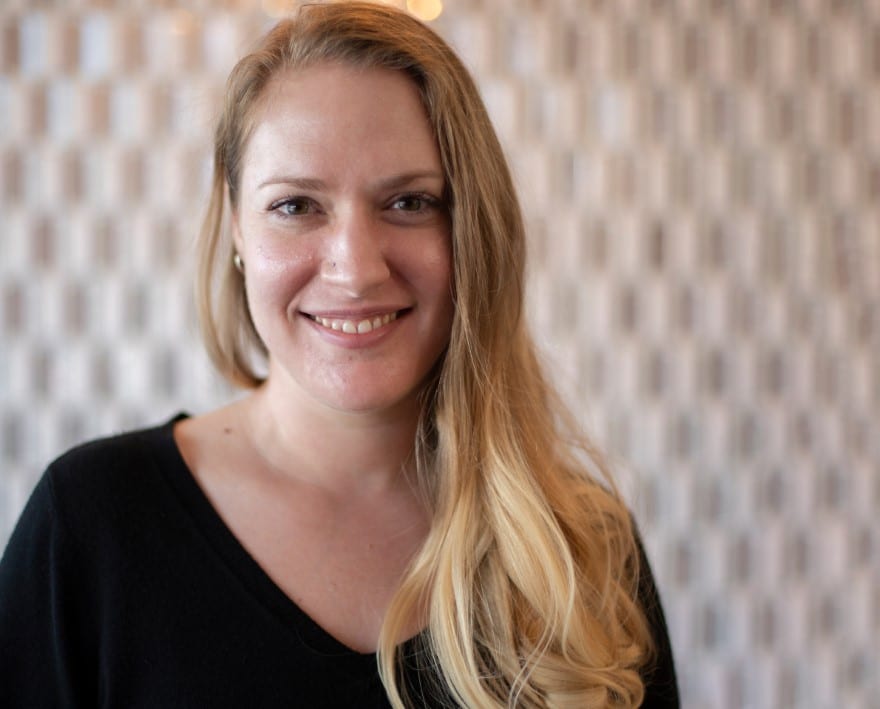 However many restaurants there will be, one isn’t likely to be mistaken for another.

“Variety is the spice of life, isn’t it,” says Mel Smith, who’s been part of the Torchy’s team since 2014 and early this year was promoted to director of facilities. “None of our restaurants are the same. It makes my job more challenging, but it’s intentional. It makes us edgier and keeps the brand more interesting. You’ll know you’re in a Torchy’s, but you’ll know it’s not the same as the one you went to before.”

To be sure, there are similar color pallets and other elements in the interiors, but each Torchy’s pays homage to local culture and customs. One of them has a 30-foot ceiling with chains dangling around the bar, another with a graffiti wall, another displaying a Vespa similar to the one founder Michael Rypka scooted around on while passing out free tacos, chips and queso when he was still cooking from a trailer in Austin during the early and mid-2000s.

Upon Rypka hearing “damn good” from so many customers to be, those words became the Torchy’s motto and a little red devil, Torchy, the mascot. Since then everybody’s got to be “damn good” in their jobs.

“Crazy, chaotic, quiet—all of those things, sometimes in the same day,” Smith tells Blueprint in early spring while asked to describe her recent weeks on the job during the COVID-19 crisis. But while she and the rest of the management team wish it didn’t have to be this way, they can’t help but recognize the Darwinist opportunity for the strongest restaurant chains to survive and thrive.

Competition on the taco front hadn’t been that intense to begin with, Smith says, and Torchy’s has been a demon in growth mode the past few years. She and her colleagues see no reason why that can’t be sustained. 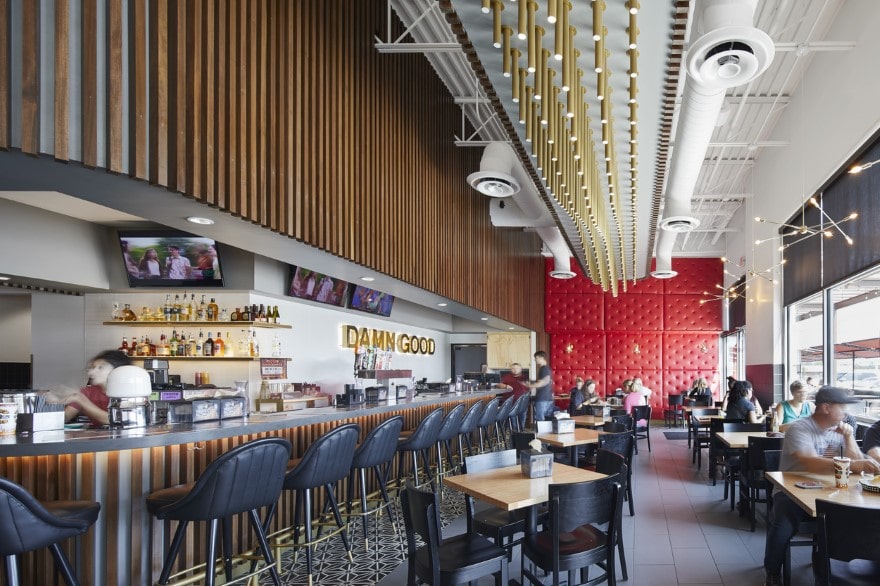 As a family-friendly environment, two-thirds of Torchy’s business had been sit-down, the rest takeout. It’s all been takeout since COVID-19, and when the worst of crisis has passed, management will be looking how customers’ habits may have been affected.

In the future, takeout could be the norm, Smith says, and that might mean some adjusting of interiors—an efficient restaurant not letting one square foot go to waste.

In the meantime, drive-thru business has been robust enough to expand the lanes and introduce curbside pickup, with iPAD-carrying staffers approaching customers’ vehicles. An existing partnership with online delivery service DoorDash has also proved its worth, and menus have been updated to include family specials and margarita kits to go, the chain’s signature drink being a customer favorite.

Head of a facilities team of seven, Smith’s duties are about maintaining and repairing the restaurants, most of which have taken shape in existing buildings rather than from new construction. That’s among the reasons for the uniqueness of each Torchy’s, which since 2006 have spread from Texas into Oklahoma, Louisiana, Arkansas and Colorado. 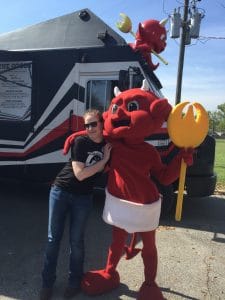 “I’ve enjoyed watching the company evolve,” says Smith, who was hired as a facilities manager and dispatcher in June 2014 and earned two promotions. “We’ve moved from a startup to a corporate mentality and morphed our department structure as needed.”

Every work order goes through her, and with work slowed but not ceased since COVID-19, she’s had to ensure that staffers still have a safe and functional environment. She also makes use of ServiceChannel, the facility management software that allows all activities to be overseen from a single platform.

While most repairs and upgrades have been standard, she did navigate the flooding of a Houston restaurant during Hurricane Harvey of August 2017. A couple months later, it was business as usual, with Smith having overseen mitigation with the help of vendors.

As to how the Montana-raised Smith got into facilities management, previous jobs include architectural drafting and restaurant work and the two subjects have meshed into her role with Torchy’s.

A big draw for her was also Torchy’s charitable endeavors, which extend to the M.D. Anderson Center for cancer care, Make-A-Wish Foundation, and Phoenix House.

A 30-something year old whose hobbies run the gamut from quilting to kayaking, Smith averages a week each month on the road, meeting with managing partners and keeping an ear to the ground. She’ll also visit a Torchy’s as a customer, that approach offering the most objective view of a particular store’s operations and friendliness of staff.

And, of course, the opportunity for a fulfilling meal.

“The Crossroads in a bowl, trashy style, that’s my favorite,” Smith says about the smoked beef brisket with onions, jalapenos, cilantro, avocado and jack cheese with tomatillo sauce smothered in queso.

Damn good, as they say. 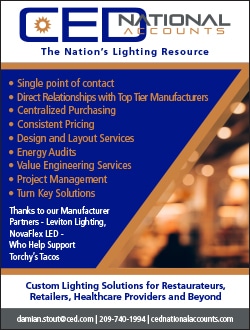