Making the grade for dormitory construction

They’re not there just to build a dormitory and depart. The folks at University Housing Solutions would rather build long-lasting relationships with their campus clientele.

Such has been the case at St. Thomas University in Miami Gardens, where the second phase of a living and dining hall was nearing completion in late winter. Having renovated another building at this small Catholic university in South Florida, UHS was the logical choice to fashion a 308-bed dorm complete with study areas and other amenities seen as essential for retaining older and law students. 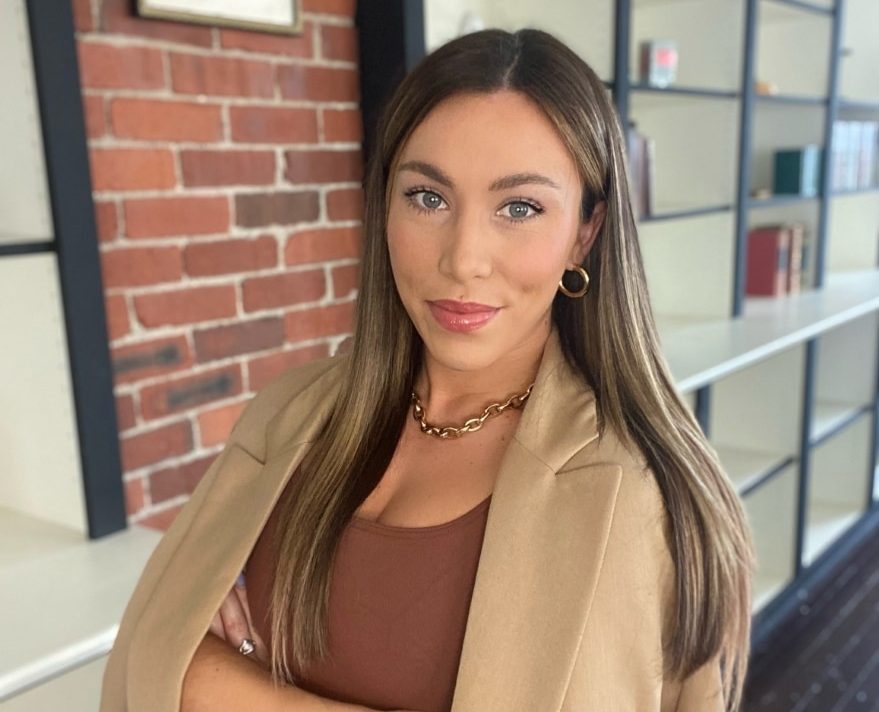 Come May, the ribbon should be ready for cutting at this modern, four-story, and nearly 104,000-square-foot facility. Whereas other St. Thomas buildings borrow from cathedral-like architecture befitting the Roman faith, this one more resembles a box. Yet it fits the surroundings and adds to the UHS portfolio of unique campus construction and renovation.

“It just goes to show how we cater to individual schools and how we can be the best partner, understand their goals, and accomplish projects with their goals in mind,” says Meghan Schmidt, the UHS vice president of real estate. “It’s unlike anything we’ve done and hits on all fronts.”

There’s nothing cookie-cutter about her employer’s portfolio, Schmidt tells Blueprint in February from UHS headquarters in Columbus, Ohio. The company’s clientele is mostly small and private schools with enrollments under 5,000 and lacking the endowments of their bigger and public counterparts. UHS is now handling around $65 million in projects in five states, all from repeat business and word of mouth.

Never one and done

“There’s no school we don’t stay in contact with after we finish the work,” Schmidt says. “We’re about building long and lasting relationships. We’re about understanding where the school looks to grow, how it attracts students, and how we can further their goals.”

UHS now is doing so with dorm projects at a half-dozen schools, including St. Thomas University. There’s another 84-bed project in progress at Rosemont College in Bryn Mawr, Pennsylvania, and more dorms are being built at Tiffin University in Tiffin, Ohio; Central State University in Wilberforce, Ohio; Madonna University in Livonia, Michigan; and Calumet College of St. Joseph in Whiting, Indiana.

The company has partnered with Central State University, a historically Black school, since 2010, and soon will complete Honors Village, a 119-bed dorm for high achieving students. It should be quite the incentive for students to excel, Schmidt describing apartment-style living complete with kitchens. While she’s discrete with the details, Schmidt says this project has been progressing so satisfactorily that the university might be entrusting UHS with several more big-ticket contracts as part of its master plan.

The personable 27-year-old’s role at the company can be all-encompassing, from pitching a plan to school administrators to securing the financing and crunching the numbers on its construction budget. When groundbreaking commences, she may step into a project manager’s role, donning work boots and going onsite. She also attends and sometimes leads biweekly meetings and coordinates with subcontractors, ensuring seamless coordination and quality control every step of the way.

“I do wear a lot of hats,” Schmidt says. “The best way to learn any job is to throw yourself into it.”

Even if it means getting her hands dirty.

She recalls the day prior to last year’s ribbon-cutting of a new dorm, dining hall and bookstore at Saint Mary-of-the-Woods College in Terre Haute, Indiana, when the installation crew had left early. Schmidt was there to lend a hand, and the general contractor offered his crew. The soccer team also mobilized, everything was put in place, and nobody would have been any the wiser an ad hoc assemblage could take credit.

While there have been onsite safety protocols and delays in supply chains due to the COVID-19 pandemic, Schmidt says the company has met challenges through precise planning and buying in advance, and for all practical purposes, it’s been business as usual.

“One of the benefits of working with the smaller private schools is that they welcomed students back before the public schools did,” Schmidt says. “We actually were shocked—and blessed—when the schools kept reaching out to us. We did set guidelines for our general contractors, but not much slowed us down.”

Her own career also seems on the fast track, the 2015 University of Cincinnati Carl H. Lindner College of Business graduate having honed her skills early as a UHS intern and then logging four years at the Cincinnati office of CBRE Group, a Dallas-based commercial real estate services and investment firm. In December 2019, she joined UHS, which had been co-founded in 2010 by her father, Jim Schmidt, who currently serves as the company’s president.

Being the boss’s daughter doesn’t mean special privileges, reminds Schmidt, who’s more than proven herself in the short time she’s been with UHS, often spending her weeks on the road traveling from jobsite to jobsite and keeping their many projects on track. 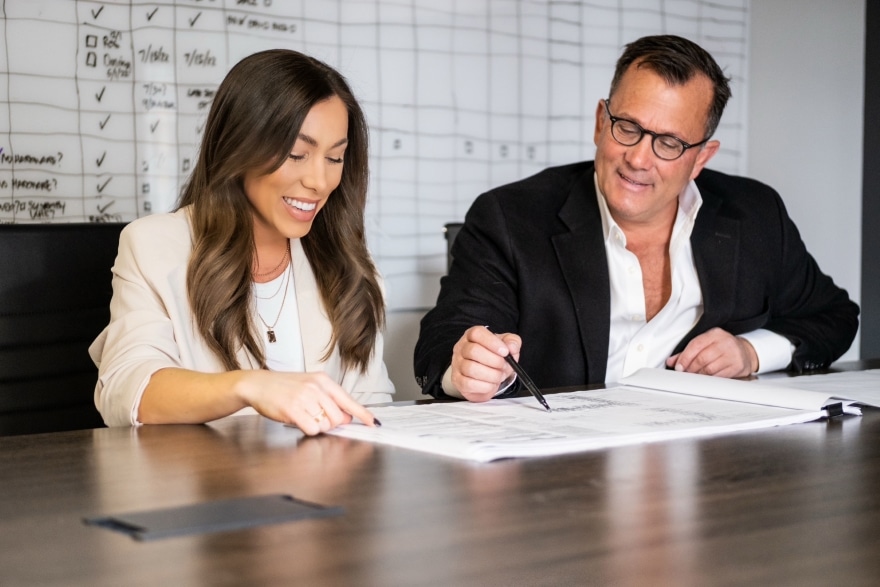 “Even though it’s come a long way, the construction industry can still very much be a boys club, and that was definitely intimidating for me when I decided to shift careers,” says Schmidt, who literally has learned the business from the ground up.

“But through sitting in on every construction meeting I could, picking up the lingo and tricks of the trade, I slowly but surely began to acquire the confidence. I’ve learned that even as a young woman, when it comes to this industry, if you’re willing to put in the work, you can earn anyone’s respect, and ultimately, their business.” 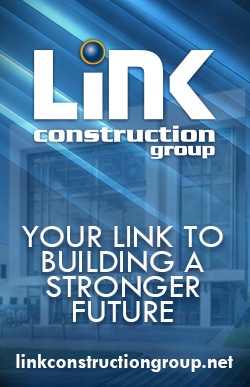 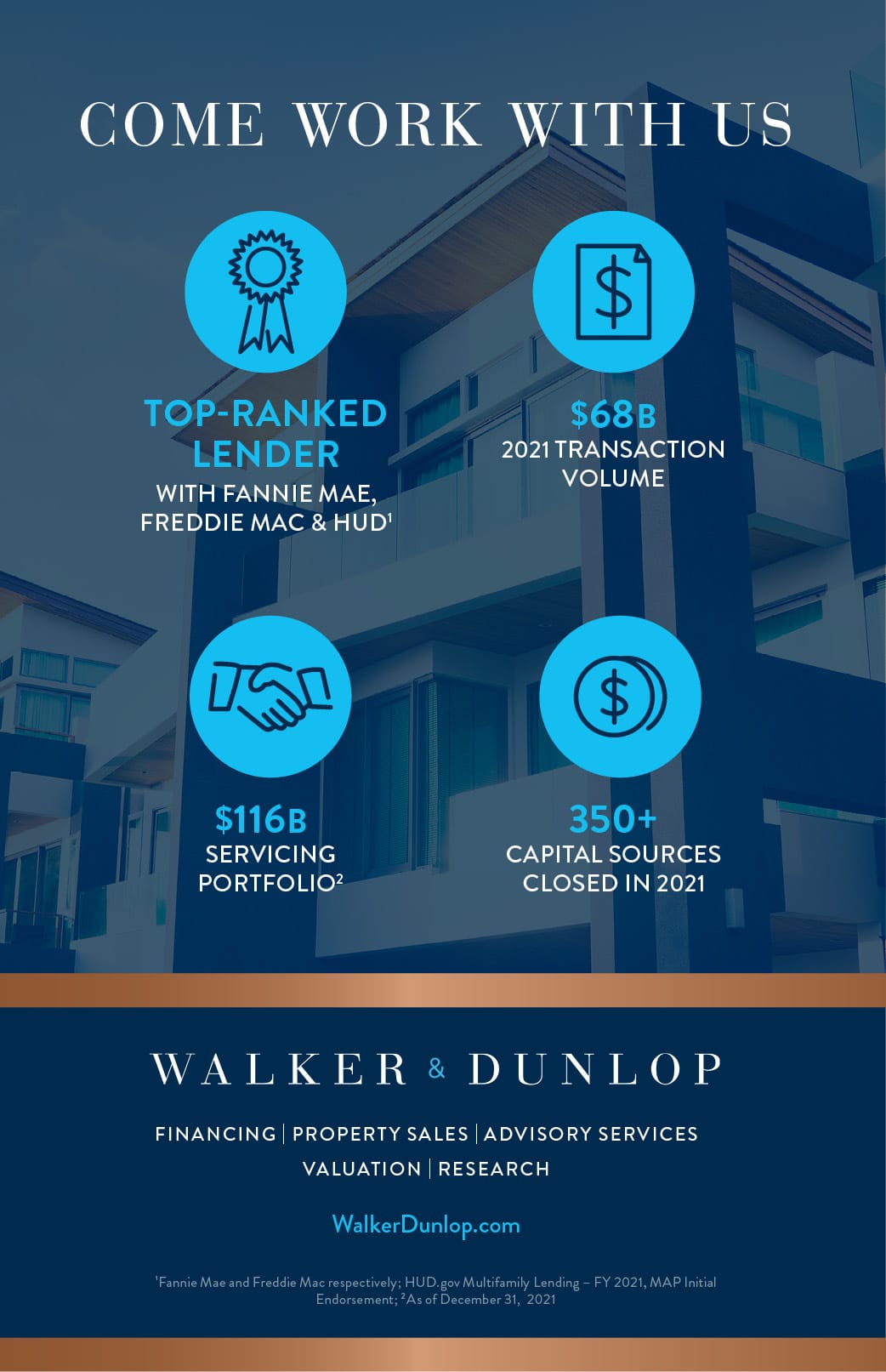 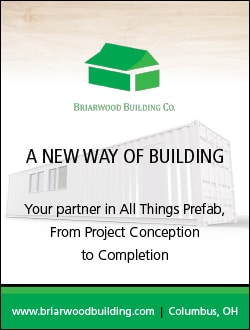 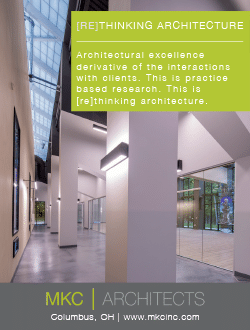