Road-tested through thick and thin

The road paved with good intentions needn’t lead to someplace unpleasant. Quite the contrary, as long as good materials, state-of-the-art machinery and a capable work crew are included in the process.

McAnany Construction Inc., an asphalt paving and construction company in Shawnee, Kansas, has long been noted for all of the above, and in the last couple of years has made its roadwork operations even more diverse, efficient and in demand, especially by the many municipalities that make up the bulk of its clientele. All so by finding a new use for a time-tested practice whose potential seemed to elude other commercial pavers. 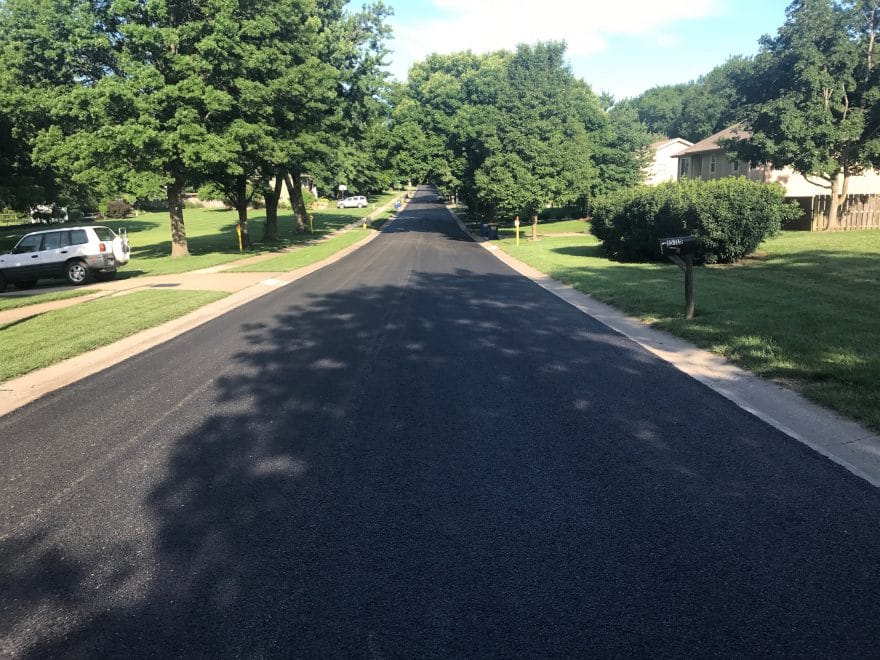 That practice is known as ultra-thin bonded asphalt surface or UBAS, which was typically only applied on highways, arterial roads and collector streets. Then, two years ago, McAnany augmented its capabilities by investing in an asphalt spray jet paver, enabling it to provide efficient and economic UBAS on the many small residential streets that characterize Kansas City’s suburbs and outlying rural areas.

Such a method is a better long-term solution and more durable than the traditional surface treatments that many folks don’t want on residential streets, points out Eric Vossman, the third-generation president of the family-run company that’s been a fixture in the Kansas City construction industry since its 1954 founding.

UBAS entails a special asphalt membrane initially applied and topped with a coarse aggregate hot mix that is 5/8 inch thick. With the membrane preventing water leakage while providing a superior bond to the old asphalt, such a surface more efficiently disperses water, thus reducing roadway spray and allowing for safer driving in inclement weather. The process is also faster than most surface treatments and residents have complete access to their driveways, even while the roadwork proceeds.

“It was a significant risk investment we made at the time, but we’re happy with it,” says Vossman.

McAnany might be the real visionary in finding new uses for UBAS, but the procedure has passed every road test. In 2015, the first year McAnany made UBAS available on residential streets, the company paved 15 lane miles; this year Vossman says they’ll easily exceed that tenfold.

“We are continuing to see more local municipalities interested in what we are doing,” he says. “The product just wasn’t realistically available on small residential streets until we introduced it to the market.” 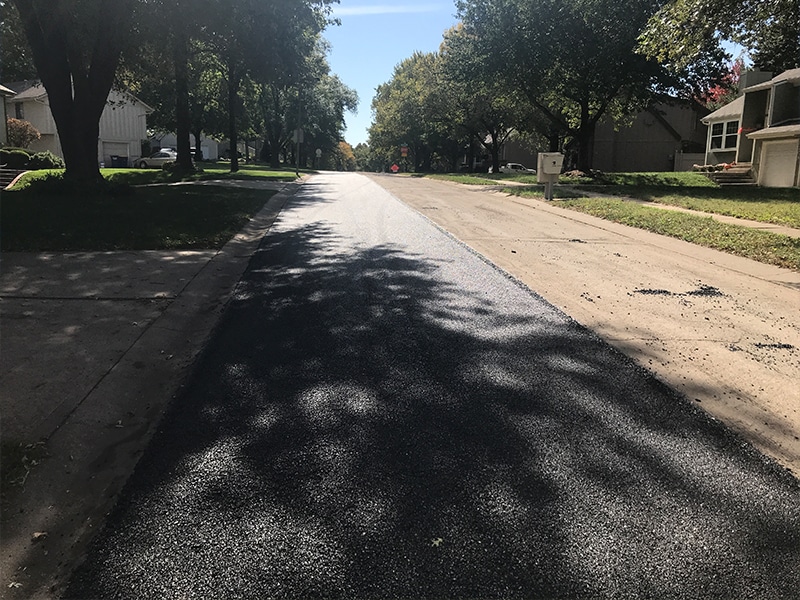 Residential streets, especially cul-de-sacs, mean smaller work zones, and the new technology is much smaller and more adaptable than the original UBAS equipment. Ultra-thin asphalt also doesn’t need extensive time to cool, and if trees line the streets—as they often do in residential neighborhoods—the equipment is less likely to get tangled up in branches. It’s proving popular among the many municipalities that  entrust their roadwork to McAnany.

“People may think UBAS is an overlay, but it’s really a thin surface treatment that’s much more durable than the alternatives at a lower lifetime cost,” says Stephen Mustain, road technician of the Kansas City suburb of Lenexa, long a McAnany client.

And while Vossman is eager to promote McAnany’s new UBAS expertise, the company continues to offer the traditional pavement products that the region has long used. As the company president reminds, residential UBAS can be a better solution to the chip sealing or slurry methods of pavement maintenance, but it is not meant to replace mill and overlay or street reconstruction.

“We see it as a better solution to chip seal and slurry sealing as a wearing course on residential streets, but you have to have the right location for the product,” Vossman says.

Splendor in the (artificial) grass

Road paving isn’t all that McAnany does. Site development and athletic fields all fall within the capabilities of the venerable company.

Football may reign in the Midwest, but soccer isn’t that far behind, and the world’s favorite sport is getting a big assist from McAnany, which was the site contractor for a $32-million facility for the city of Overland Park—a project that required nearly 1.2 million square feet of artificial turf.

The company has also rebuilt, or is in the process of rebuilding, sports facilities at many colleges and schools across Kansas City and the surrounding area. It is in the process of completing eight artificial and four natural fields in Wyandotte County, just east of the future U.S. National Soccer training facility.

“We’re always adapting to changing times, and providing our clients the services they’re looking for,” says Vossman, a Kansas State University-trained architect who served seven years as McAnany’s general superintendent before ascending to the presidency in January. “We’ve been in business for over 60 years and the ultra-thin asphalt is just another example of how we are trying to meet our clients’ needs.” 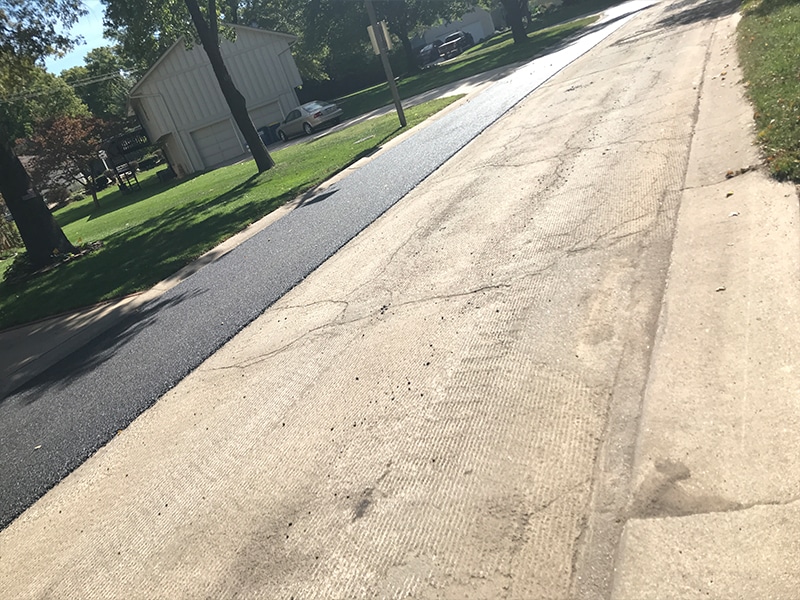 An architectural background may seem like a curious way to take over a large commercial paving operation, but Vossman finds the two specialties complementary.

“The logistics of my former profession translate well into what McAnany does,” says Vossman, who early in his career worked three years as a designer for the prestigious Denver-based firm of Gensler. “One of the architect’s roles on most design projects is to maintain the integrity of the design while incorporating all the other consultants’ trades. That practice is very similar to the logistics of the construction business.”

The married father of two is proud to have a hand in advancing the family company that’s done so much to, among other things, ensure smooth driving. 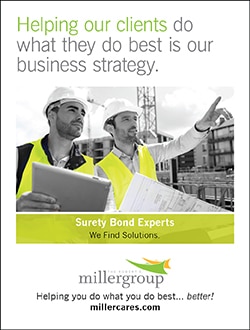 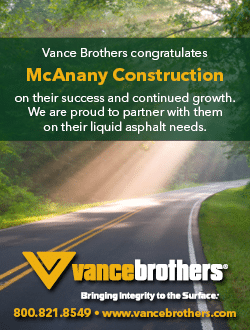