Especially shining at the sites

How the megawatts add up. Even if it’s just one, that’s still 1 million watts, enough to power a modest to large commercial establishment. Solops has been garnering many such clients nationwide, enough to put this New Jersey-based photovoltaic specialist over the 850-megawatt benchmark. 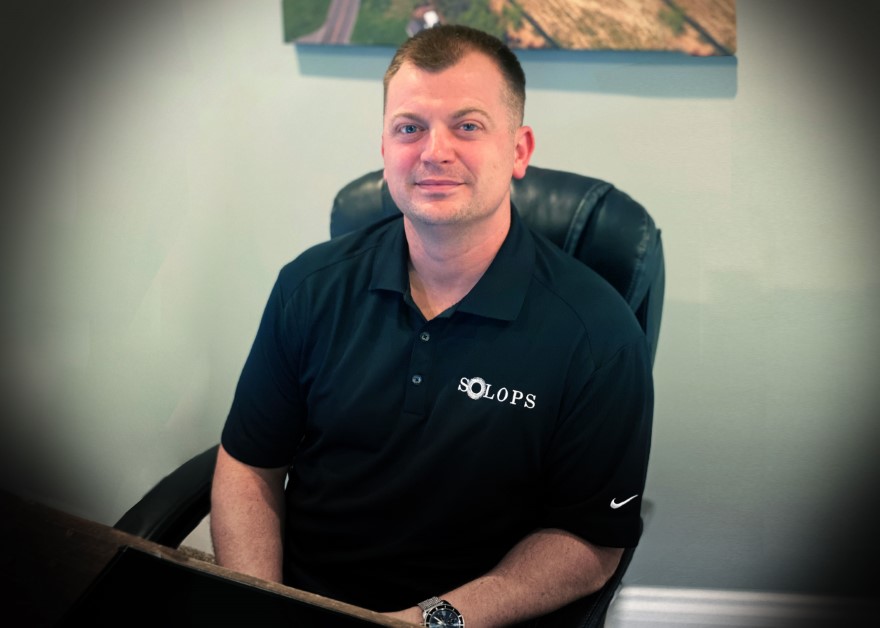 Lately, the pace has slowed, Chief Operating Officer Matt West acknowledges during a spring interview from his office in Hamilton, New Jersey, but that’s only to be expected as industries everywhere cope with the challenges of COVID-19.

Solops and its vendors still answer calls from the field, but with commercial customers—the bulk of its clientele—putting energy infrastructure upgrades on hold and with local permitting processes often delayed, some projects will have to wait.

Though perhaps not for long. West explains that Solops anticipates the go-ahead to proceed with—among other projects—the upgrade at a major office complex in Morristown. 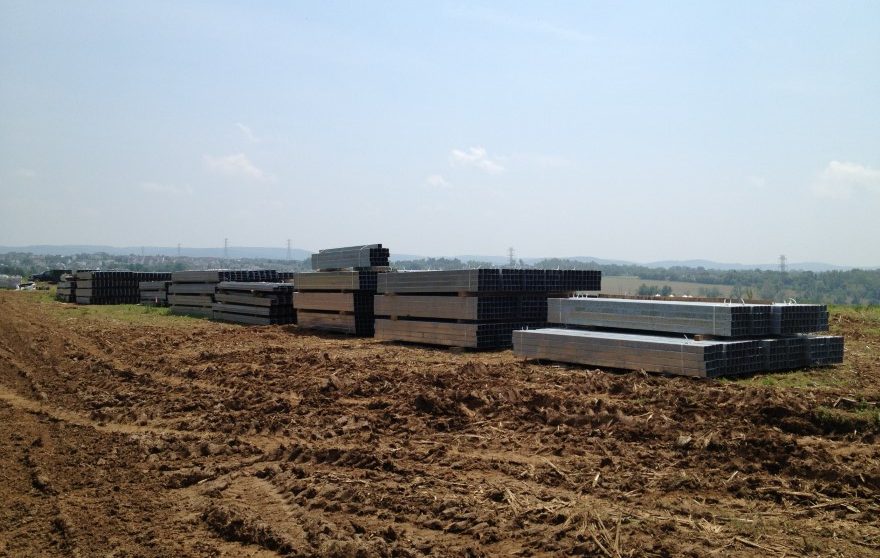 There, plans call for the installation of rooftop panels, a ground mount and carport arrays. In time, he says, the system will pay for itself while enabling the property owner to harness energy savings and meet green energy objectives for itself and its tenants.

“We’re close to mobilization,” West tells Blueprint. “Right now, we’re in the AHJ phase [Authority Having Jurisdiction], the permitting process. But we’re fully designed, and once the project is OK’d, we’ll be ready to submit permits, order equipment and soon bring in the crews.”

It’s ironic, if not mind-boggling, West says, how in this era where energy conservation is both good business and socially responsible, that more companies aren’t environmentally conscious and taking the opportunity to progress.

Now in his second go-around with the Solops management team, he has a pulpit to promote solar’s benefits and a track record that includes delivering more than 850 megawatts of solar power for commercial and industrial clients, schools, universities, municipalities and Fortune 500 companies across the country. 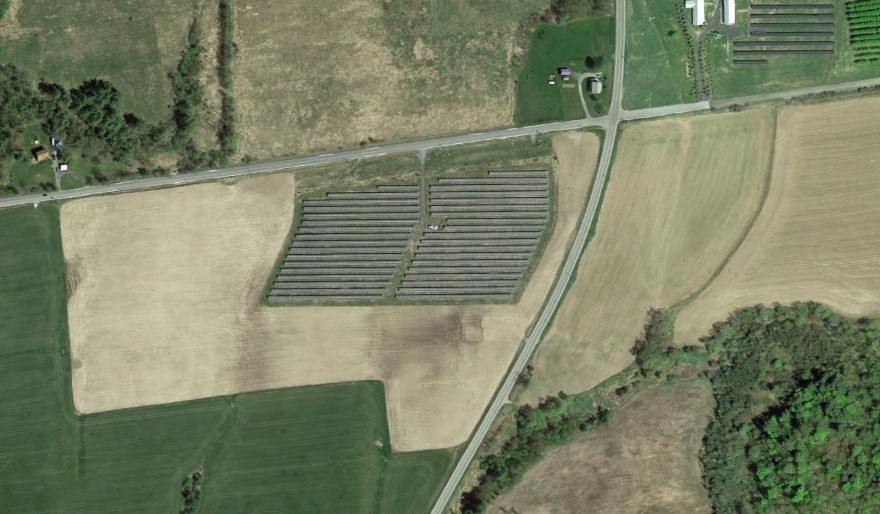 “It has a lot to do with people getting complacent with the pathways of how energy is provided,” he says about the need to persuade a would-be client. “They want to be sure their electricity is reliable, and it’s hard for them to change their old ways. Some decision-makers look upon it as technology unproven, but that’s not the way we look at it. I’ve been building systems for over a decade and can tell you, it’s reliable.”

While the Northeast is Solops’ stronghold, the company has delivered projects in several Midwest and Western states. It’s also on stronger financial ground, as this past February the Solops management team again kicked off a partnership, this time with a long-term equity commitment from the German firm HEP Kapitalverwaltung.

As part of the deal, Solops, in partnership with HEP, will develop, finance, own and operate 200 megawatts annually in commercial and industrial solar in the U.S., with a concentration in the Northeast and mid-Atlantic. 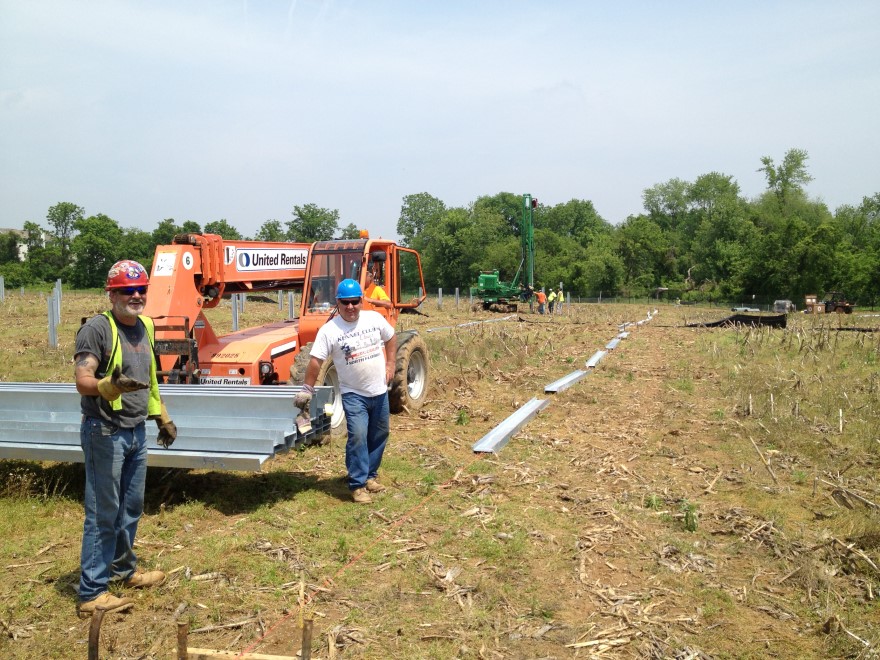 Solops has also been awarded a 100-megawatt community solar portfolio from Buffalo-based Solar Liberty, expecting to break ground for the first phase this year with the rest completed next year. The company’s services focus on the growth of clients’ businesses, completion of projects or realization of a liquidity event. Solops works with these groups to customize and implement a strategy to accomplish the collective objectives of the stakeholders involved in each project.

“And we’re a very lean group, which allows us to better maneuver for our clients,” West says. “We do not approach an opportunity with one mindset. We look at everything from a partnership perspective. We’re also go-getters and I like to compete. It’s why I came back here.”

Hands on from the start

Coming from a family in the residential and commercial construction business, West says he grew up with tools in his hands. He’d earn a business degree from Widener University, and after building up a resume that included experience in renewable energies, join Solops as executive vice president in 2011. 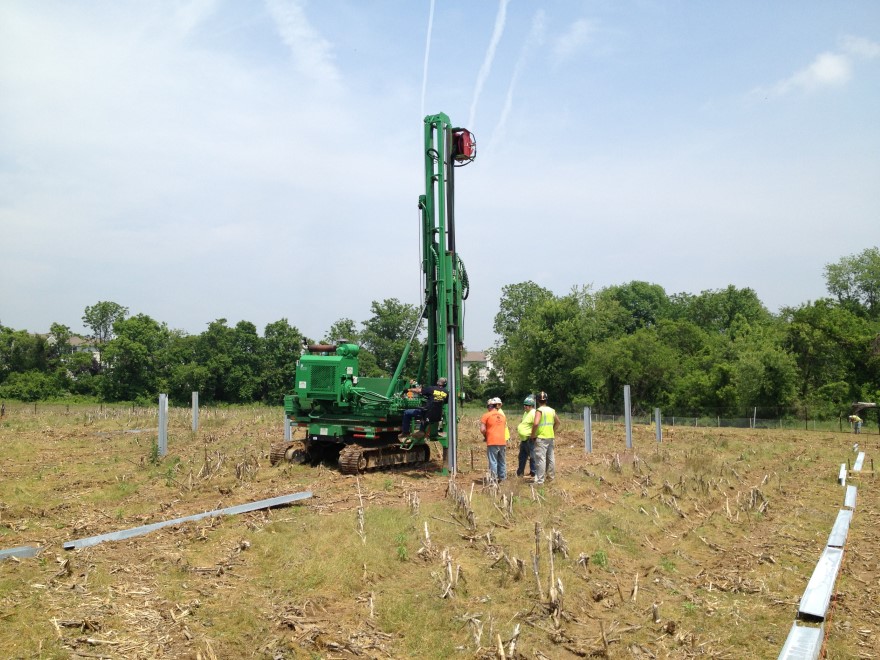 Matt Rosenblum had founded the company one year earlier and is always looking for new challenges. He, West and Ryan Marrone formed Onyx Renewable Partners in 2014 with Blackstone Energy Partners to develop and finance small-scale solar utility projects for commercial, industrial and institutional customers as well as the private sector. West served as chief construction officer from 2015 to 2018 and then for a short stretch as chief operating officer.

Rosenblum opted to return to Solops, and later that year, West went back as well.

“What really brought me back was my desire to work again with my partners,” he says. “I wanted to be in an atmosphere that valued integrity and character. I believe in Solops’ business practices, what we built in the past and what I know we are capable of.”

A field guy at heart

Day to day, West has opportunities to shape that modus operandi. He’s responsible for business development, pursuit of projects, forging partnerships on the engineering and construction side, and seeing everything through completion. While most projects are a few megawatts in size and cost a few million dollars, the to-do list includes projects up to 100 megawatts.

Such projects get his competitive juices flowing, and West says he relishes leaving the office and joining hired hands and vendors at the sites. Having been in just about every construction role for more than half his life, the 40-year-old West says he can relate to anyone’s position. 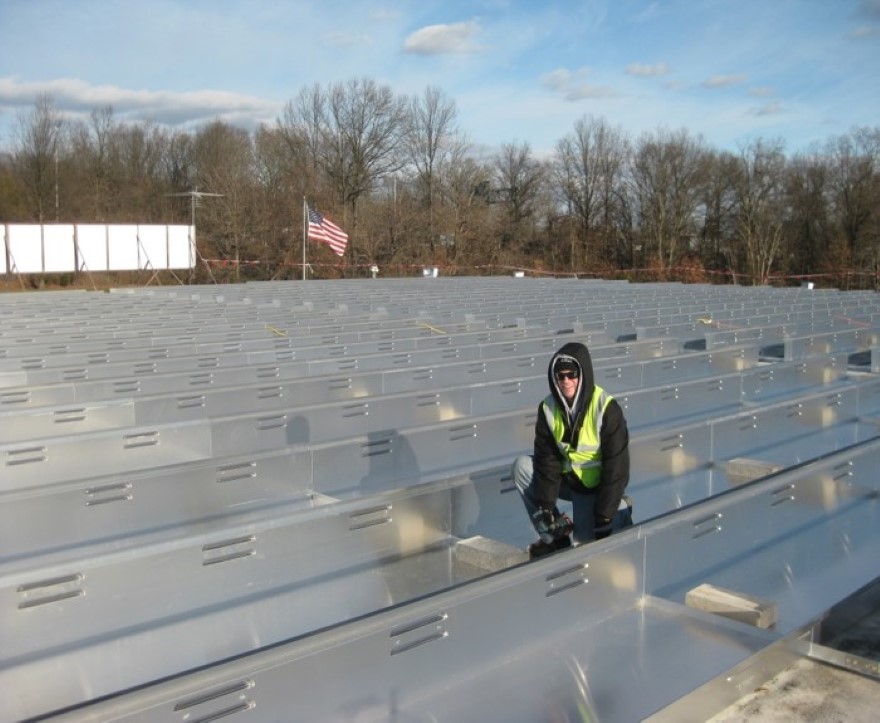 “I want those on the project to see a COO who isn’t just a suit guy,” he says. “It gives me more credibility. I’m a field guy at heart and will never lose that. I know what to identify. I can observe field conditions, understand the lay of the land and take a futuristic look at how the construction should proceed.”

“It’s a kind of experience and connection that the client truly appreciates. The ultimate goal when you construct a solar array is to minimize the impact to the property or facility while delivering to the on time on budget expectations set from the onset.”

As to how Solops promotes itself in what’s become a very competitive photovoltaic industry, West attributes it to “old school networking,” “reputation” and “relationships.”

“When you’re successfully building projects with all the complexities involved in solar development, word spreads across the industry,” he says. “You tend to attract more business when you deliver.”