When you move from somewhere far away, you’re bound to be inspired by your new surroundings. In the world of design and construction, a fresh perspective can also show what makes a location special. 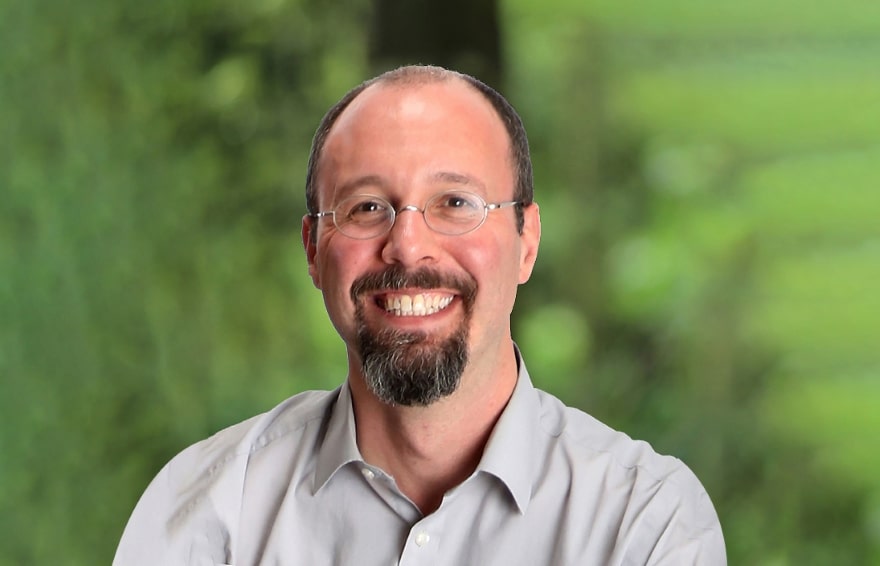 Such was the case for architect Matt Feldmeyer, who relocated from his native Indiana to Seattle, Washington, in 2008. Discovering nearby Renton—one of Seattle’s most diverse suburbs and home to Native, African and Asian Americans—he felt inspired by the richness of cultures.

And he was able to act on that inspiration.

Feldmeyer joined Renton School District as a project manager of capital planning and construction in 2016. With his background in architecture and capital projects, he immersed in the latest design and construction of a flagship STEM elementary school downtown.

The first of two multimillion elementary school projects, Sartori Elementary School soon became a jewel of the district. It would not house many of the district’s 7,000 elementary students, but also provided students and families from all of Renton’s diverse communities with building space to host activities.

“I’m proud of the community assets we’ve created with our new schools,” Feldmeyer says. “I look forward to replicating this in future school construction projects.”

Construction of the Sartori Elementary School started in 2016. The three-story structure was designed for 650 students on a 5.2-acre site downtown, replacing the original school built in 1929.

Completed in 2018, Sartori has 77,000-square-feet of instructional space. With high ceilings and flexible partitions, the educational areas can accommodate new innovations in teaching technologies, offering students amenities such as 3-D printers, flexible furniture and power to support a variety of tools and equipment. It also has makerspaces for art, science and engineering projects. 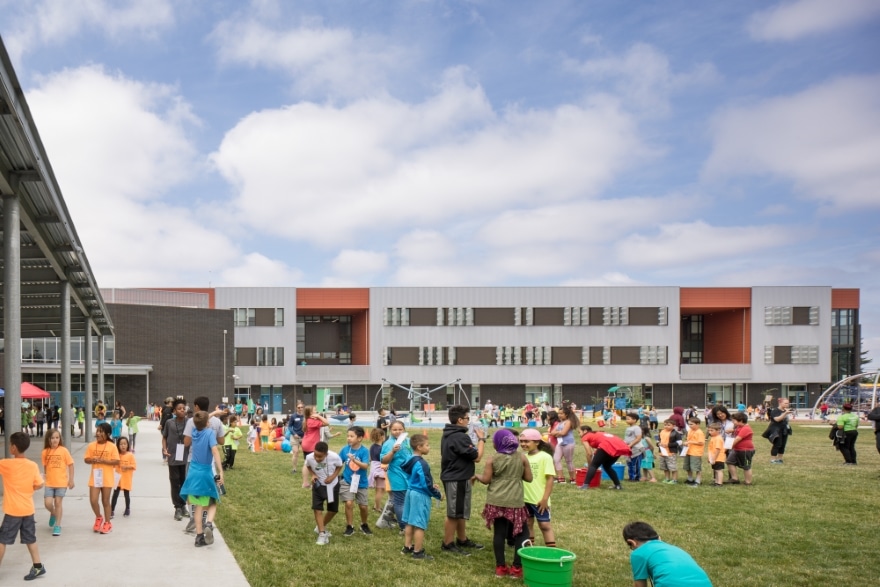 In addition to making good use of natural light and solar shades to cut energy costs, the building uses tunable LED lights in the classrooms, allowing teachers to provide different colors and lighting quality for different activities. A third of the building has outdoor decks on the second level, allowing for activities like growing plants and the classic egg-drop physics experiment.

“Neighbors thought we installed metal shutters to lockdown the building,” Feldmeyer jokes about the solar shades.

In addition, the school has a gym, dining commons, a kitchen, stage and library—all accessible to the community during the evenings and weekends.

“It was designed to not only educate students, but also serve the community,” Feldmeyer says, noting families can come in for activities like cooking and dance classes. “It’s a model the district is taking to other schools as well.”

The design and color palette for the school—orange, turquoise blue, and green—pays homage to local Native American tribes, including the Duwamish, who settled in the area as far back as the last ice age. 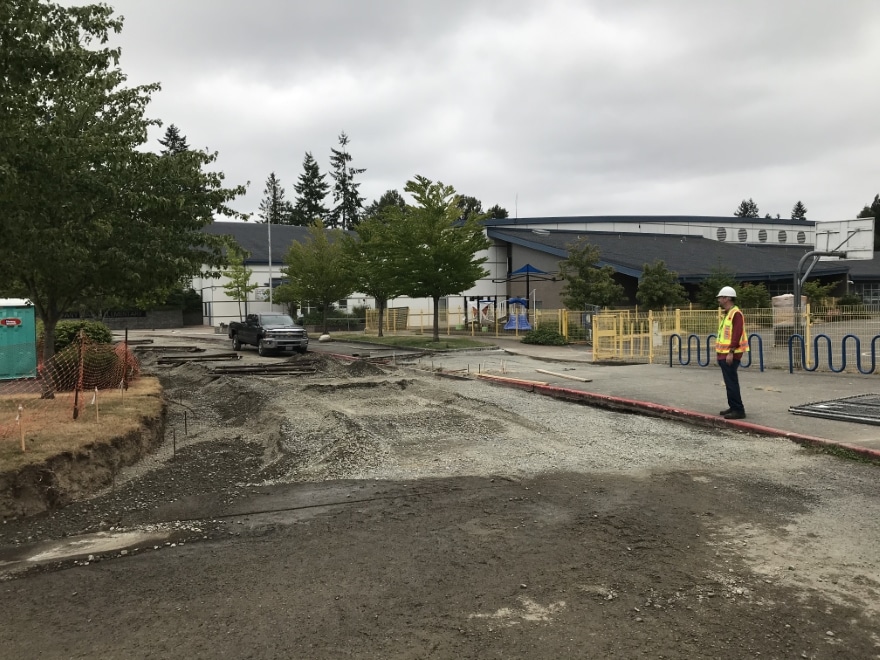 Design elements further incorporate native inspired details—including a flexible horizontal wooden seating area (inspired by the Duwamish longhouse) for student gatherings and discussions.  Additionally, symbols of native heritage in the area—including the canoe and oar— are incorporated into architectural elements throughout the building.

A second elementary school will soon be built in the Highlands neighborhood on the northwest side of town. With the area’s population skyrocketing the past 15 years, voters approved a capital bond in 2019 of $249.6 million. Of that, $60 million will support new school construction with the remainder used for capital improvements at 24 facilities.

Currently in the design phase, the second school—yet to be named—will be completed in 2023. It, too, will have space for community engagement after hours, giving residents access to a library, community rooms and space for groups activities.

Feldmeyer says the inspiration for both projects came from district leadership, including Superintendent Damien Pattenaude, who grew up in Renton and served as a district teacher and principal. 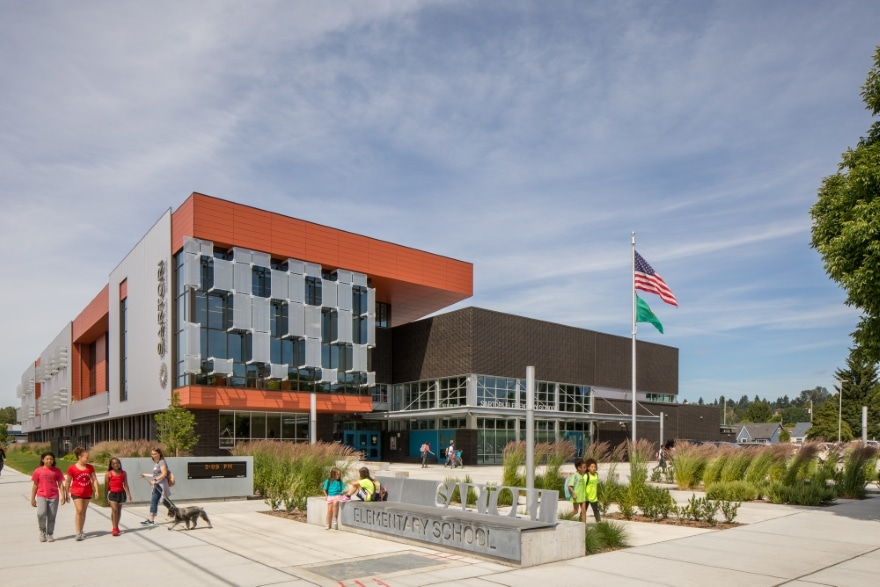 “He shaped the district’s core values and provided the vision to our work,” Feldmeyer says. “With such a diverse community, we want to remove all barriers to ensure that students are afforded the same educational opportunities.”

To that end, Feldmeyer says other threads of Renton’s rich history are being considered for the new school design, including coal mining, African American heritage, and industrial influences. Boeing is one of the region’s largest employers.

“Our last capital bond passed with a 70 percent approval rating—one of the highest in the state,” Feldmeyer says. “To me that says voters are willing to support our efforts.”

Feldmeyer revels in the work he’s doing now—because a career in architecture and construction is all he ever wanted to do.

After earning degrees in environmental design and architecture from Indiana’s Ball State University in 2005, Feldmeyer parlayed an internship at Tabor/Bruce Architecture and Design in Bloomington into a full-time job as a project manager. During the job, Feldmeyer worked on education facilities, police and fire department headquarters and housing for cancer patients.

“These projects gave me a great sense of fulfillment,” he says.

Moving to Seattle in 2008, he was hired as a project manager by Wynn + Associates Architects, but construction projects dried up in the wake of the Great Recession. The following year, he took a government job with the State of Washington Department of Health as an architect and capital project manager, overseeing the design and construction of public health laboratories.

In 2013, he moved into higher education, joining Seattle University as project manager of design and construction. He would go on to earn a master’s in public administration from the school in 2019.

“My work there was great, but wasn’t exactly what I wanted to do,” Feldmeyer says. “I wanted to give back to the community through my work and make it a better place.”

He joined RSD in 2016 and was promoted to his current role in 2016. In a district with 15,000 students, Feldmeyer’s team has 28 properties to maintain. He prioritizes local contractors, especially those owned by women and people of color.

A favorite design element? Recently, he incorporated large sections of glass walls on the side of classrooms. This allows people strolling through the corridors to see what’s happening in other learning areas.

“To see learning taking place fills me with awe,” Feldmeyer says. “You can feel the happiness and energy in the buildings. After the pandemic, people are glad to be back.” 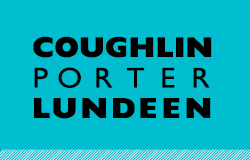 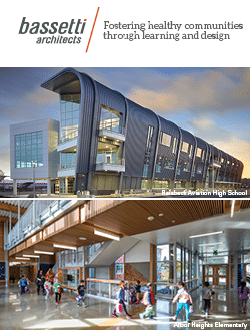 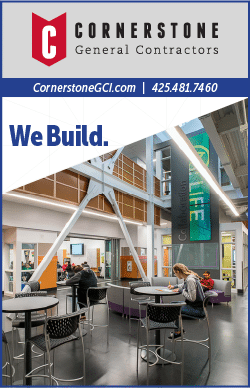 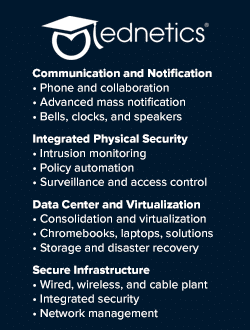 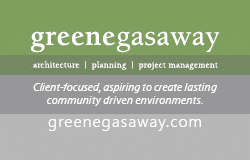 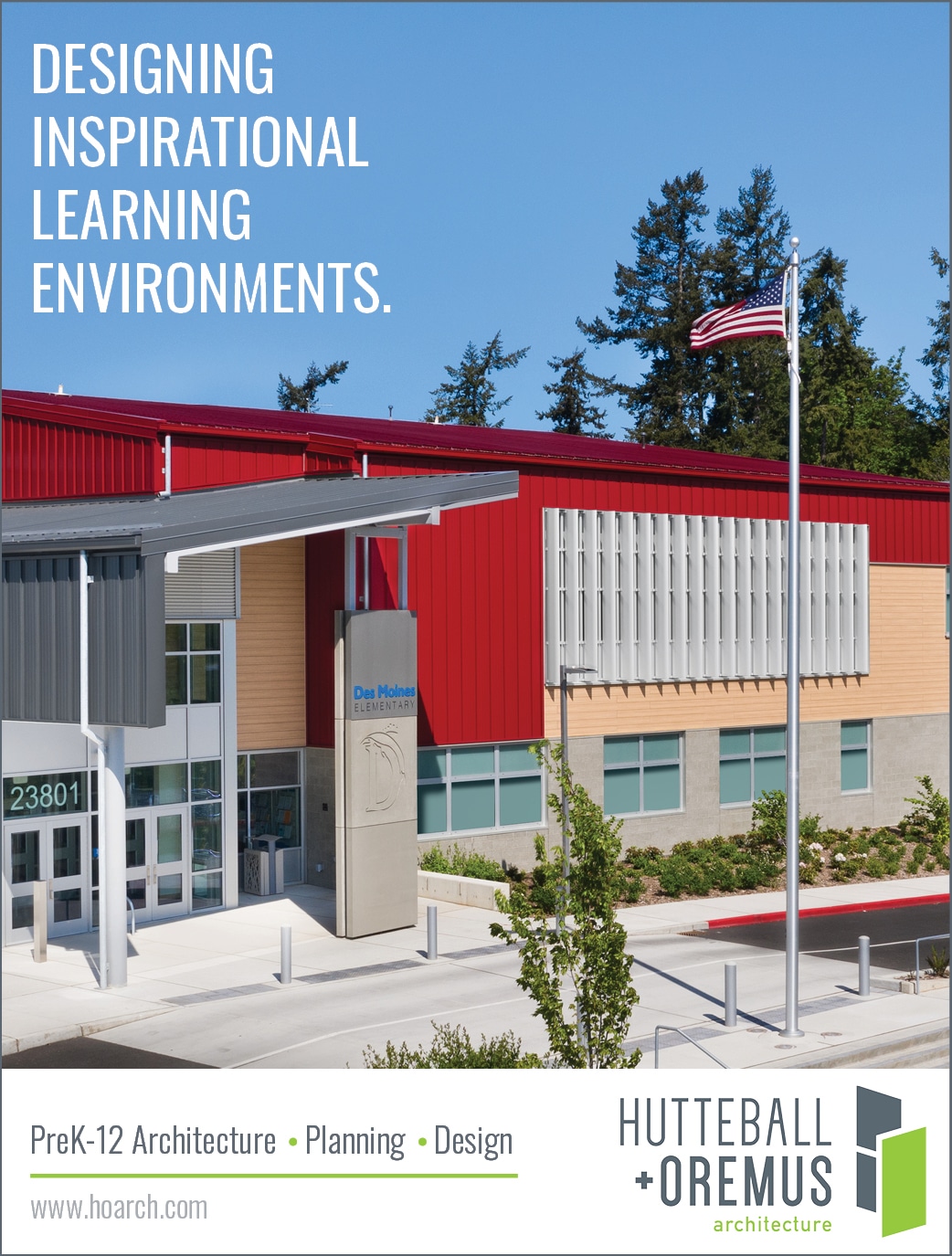 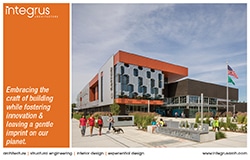