Planning and procurement are passions for Garrett Cos. construction director

Matt Anderson didn’t become director of construction operations for The Garrett Cos. after wearing a toolbelt or hard hat or firing a nail gun.

However, he brings a passion for the construction industry that’s backed by practical project management and procurement experience and a degree in finance and management.

“I love having the opportunity to take on new challenges and come up with ways to continuously improve—whether it be cost, quality or schedule,” Anderson says. “The sky is the limit.” 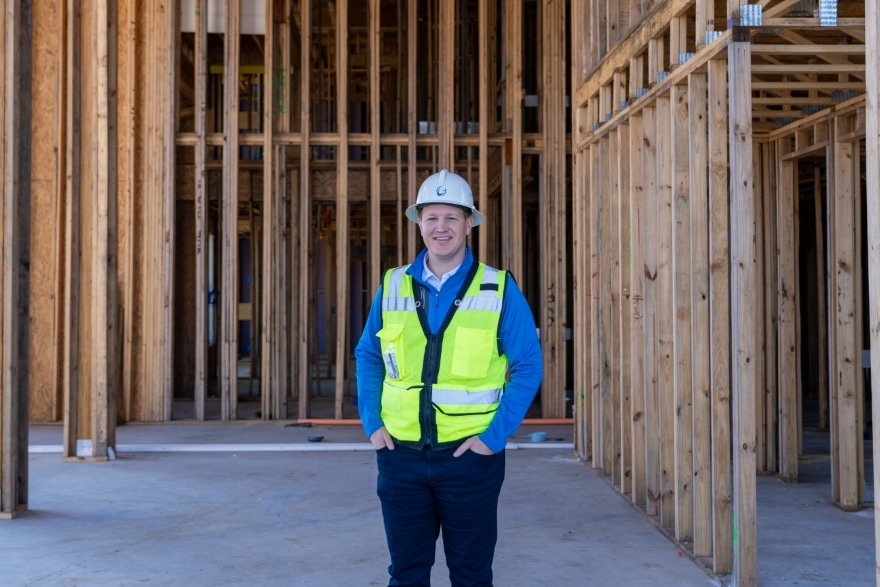 His professional growth—Anderson started as a project engineer in 2017—nearly matches The Garrett Cos.’s expansion as it builds multifamily housing in an increasing number of states and moves into restaurant construction, too.

And the organizational skills Anderson applies enable him and his team to collaborate with other business departments to create standards and processes that save the company time and money on projects while ensuring design standards are met.

“I don’t have a construction education, it’s in engineering and business,” he says. “I do have a passion for the industry and the willingness to improve and find new solutions. I love to build efficiencies for better work processes and cost cutting.”

Headquartered in Greenwood, Indiana, The Garrett Cos. was founded in 2014 by real estate and development entrepreneur Eric Garrett.

The company’s first project, a multifamily residential community in Houston named Echelon on 99, was built by a third-party contractor in 2015. Shortly after work began on the 256-unit development, Garrett Cos. launched Garrett Construction, a new division that would allow it to perform its own construction. Soon after, the business launched projects in San Antonio, Texas, and Louisville, Kentucky. 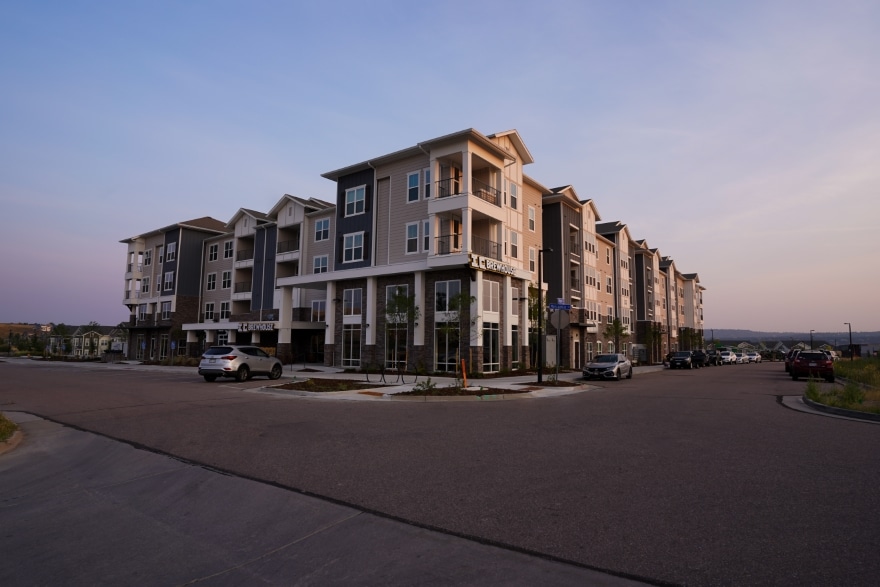 Inc. Magazine named Garrett Cos. the fastest growing privately-held real estate company in the U.S. in 2018. The Garrett Residential division was founded in 2019 and Garrett Cos. currently has completed 59 projects in 17 states and manages more than 14,700 residential units.

The company has also branched out by founding Garrett Restaurant Group, whose brands include I.C. Brewhouse and 19 Runway Coffee Co.

When Anderson spoke with Blueprint in September, The Garrett Cos. had 15 projects under construction and would likely close on six more projects by the end of the year—more than 3,500 new residential units in all.

Anderson’s role has expanded quickly, too. He started with the company in October 2017 as a project engineer and was named project manager in February 2020. In September 2021, he was named to his present role.

Now working with business teams, Anderson says he’s looking to standardize processes by creating procedures that can be applied to projects in any region. He’s also continuing to build networks of subcontractors, which he says is crucial given that labor can be scarce. 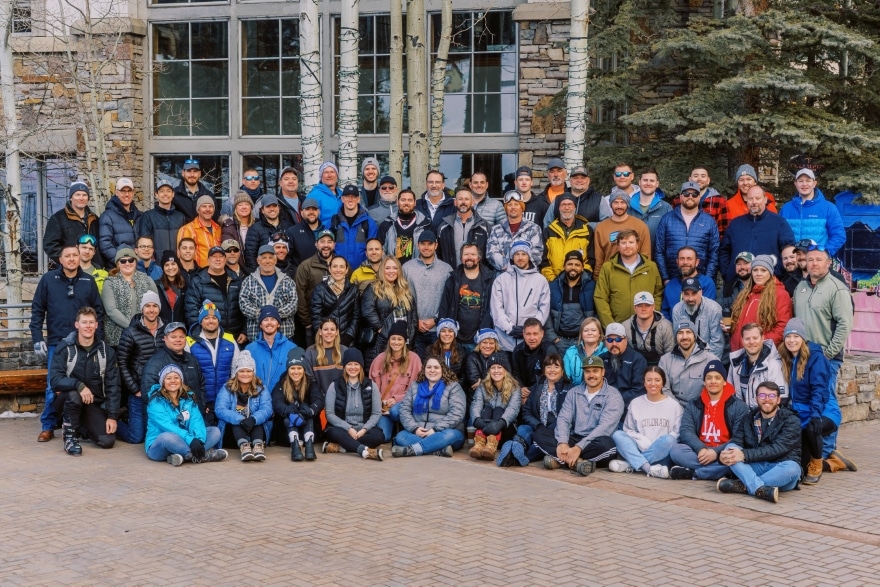 “We’ve really refined what works in our drawings and functions,” Anderson says. “I interact with a lot of different levels of people and skill sets, that makes it fun and exciting.”

Standardization saves time and improves quality. For instance, developing finish standards for all Garrett Cos. projects means the company can leverage volume in labor and materials, Anderson says. Also, using common building designs means the company is familiar with the construction details and has resolved any past requests for information or field conditions.

“Our goal is to build widgets and always improve on the cost, quality and schedule,” Anderson says.

The Garrett Cos. founded its own material supply company, Apex Lumber & Materials LLC, in 2020 to also help standardize its approach to projects. Anderson says it’s been crucial in ensuring construction continues without supply chain and material procurement issues.

Apex Lumber & Materials LLC is a source for much more than 2-by-4s or plywood, Anderson adds. As he and his logistics and supply chain manager forecast what materials are needed to meet the company’s building schedules, Apex Lumber allows Anderson’s team to work with lumber mills, HVAC manufacturers, hardware companies and other suppliers to keep materials flowing to construction sites.

From warehouse to worksite

Anderson came to the construction industry after working in procurement and inventory management. As he earned his bachelor’s degree in finance and management from Indiana University, he was an assistant warehouse manager at A. Hattersley & Sons Inc.

He managed more than $500,000 of inventory for the plumbing, heating and cooling contractors. After graduating IU in 2011, he joined ArcelorMittal’s U.S. operations as a procurement analyst for its Chicago-area steel mill, which was sold to Cleveland-Cliffs in 2020.

Anderson was promoted to procurement specialist in February 2014 and earned a certificate in construction management engineering technology from Purdue University in 2015. As he earned the certificate, he was promoted to construction project manager, gaining oversight of projects and third-party engineering, as well as bidding. He held the position until joining The Garrett Cos. 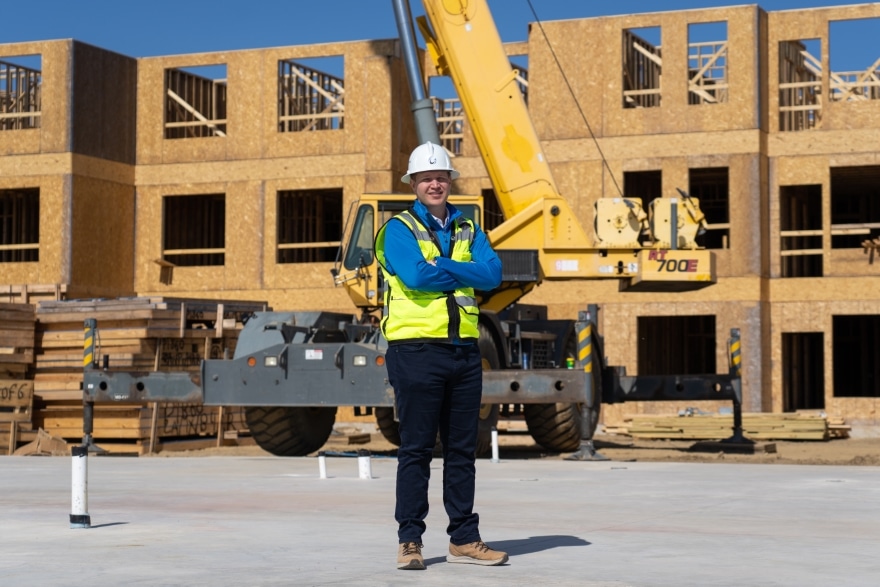 Anderson enjoys family time with his wife, Stephanie, and their two daughters as well as playing golf when away from work. He says he’s found a work home helping The Garrett Cos. build homes around the U.S. because of the company’s spirit and how it values employees.

“We have the ‘we’ll figure it out’ mentality here,” he says. “We hire for the right fit and personality. Our people need to be ready to push a broom if needed.”

Garrett Cos. offers plentiful perks, Anderson adds. Along with the four weeks off it provides annually, the company adds a fifth week so employees can volunteer for causes and organizations they choose. There’s also an annual ski trip and half days off on Fridays in the summer. The company has even brought in mobile services for haircuts and oil changes at the office.

“I have accelerated my career and been given many opportunities to grow and succeed,” Anderson says. “But my story is not unique. Garrett takes great pride in creating a culture of excellence and taking people on who can grow and become successful leaders.” 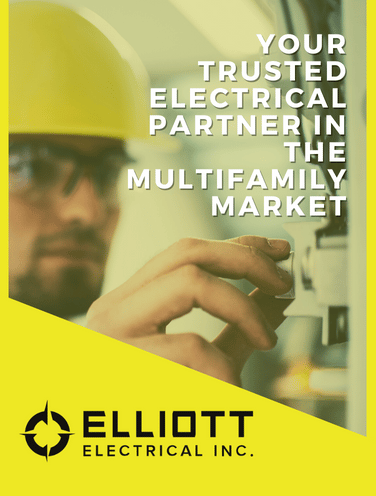 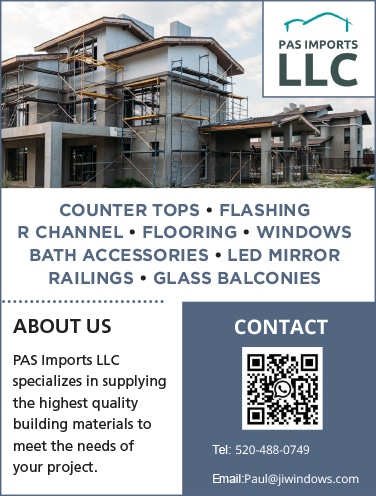 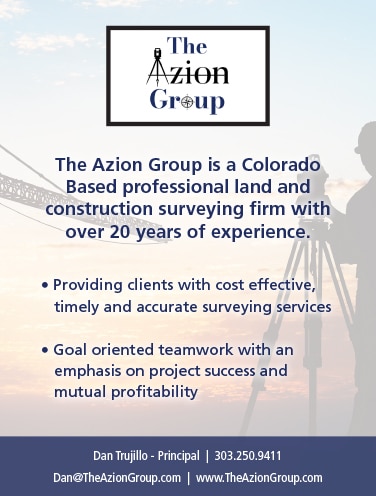 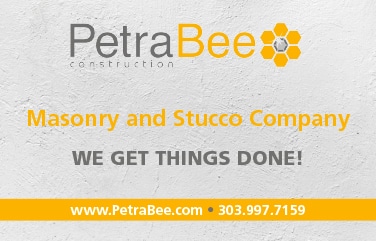