The National WWII Museum has effectively become the centerpiece of New Orleans—and it is one of the most extensive projects in the long history of Mathes Brierre Architects. It shows.

Enter the sleek and dramatic glass-paneled US Freedom Pavilion: The Boeing Center, and you’re surrounded by warbirds of all sizes and functions. Across the plaza is a monumental concrete building called the Solomon Victory Theater, where you can experience a 120-foot-tall movie screen—in 4D. 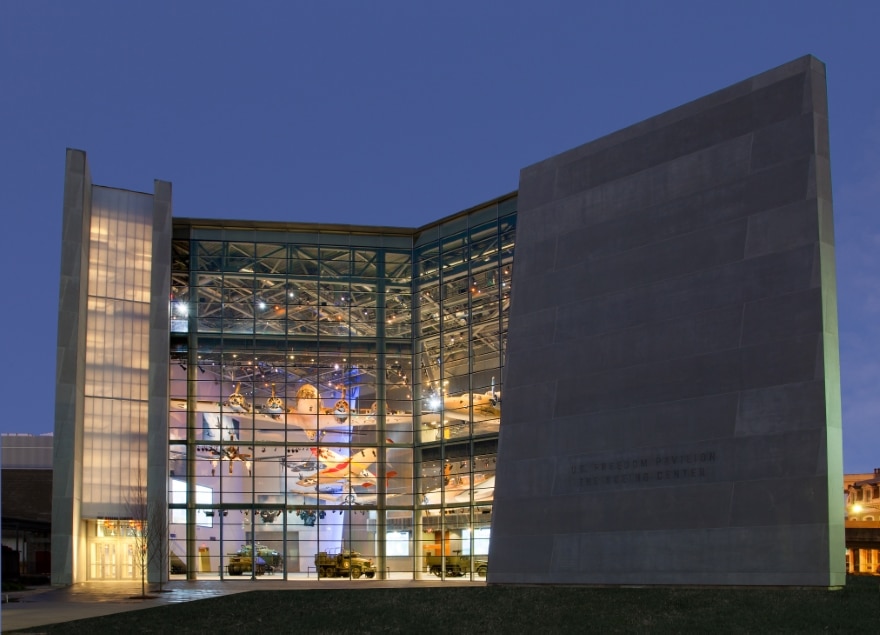 And if you were to leave the cinema, you could then traverse a transparent, 80-foot glass bridge over Founders Plaza to view the bustle below; in the American Sector Restaurant & Bar, dine under an undulating, curved stainless steel mesh ceiling connected to a restored masonry wall that is a relic of this cosmopolitan city’s warehouse district.

“It’s one of the flashier projects that we’ve worked on,” says Scott Evans, a principal with Mathes Brierre.

Founded in 1891, Mathes Brierre is one of the oldest and largest architectural, planning and design firms in Louisiana. If you want to glimpse its portfolio, just take a walk around the sprawling museum pavilions on Magazine Street in its distinctive home city—or simply visit the firm’s offices in the 53-story granite-clad Place St. Charles, created out of a partnership with Moriyama & Teshima Architects.

Located in one of the country’s most culturally rich cities, the firm’s work is fittingly diverse. It provides interior and exterior building and landscape architecture, interior design and master planning services across industries. Clients include the Audubon Aquarium of the Americas, the Marine Forces Reserve, Goodwill, Fidelity and Loyola University. The 35-employee firm also partnered with city, state and area nonprofits to develop a memorial to Hurricane Katrina victims. 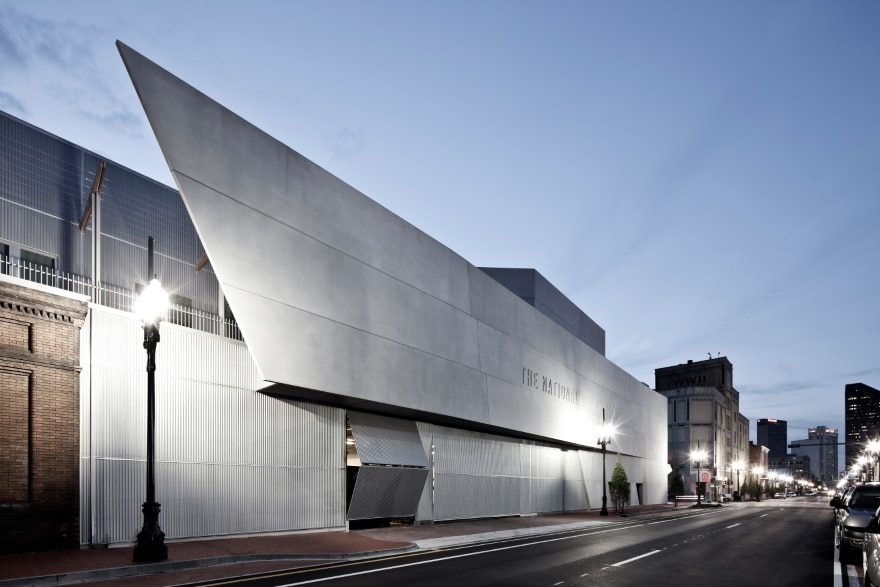 With such a long history, “we’ve seen clients outlasting generations of employees and management,” says Morton. One such example: Whitney Bank.

Mathes Brierre has banked with the financial institution for decades, most recently retrofitting its new location following a merger with Hancock Bank. The Hancock Whitney Center dominates as the tallest building in New Orleans and Hancock Whitney occupies nine of the 51 floors and 214,000 square feet at 701 Poydras St.

As Morton explains, the project involved gutting and redesigning all nine floors. Factoring in the merger and its implications for employees, the new space integrates significant open and shared spaces to foster collaboration, she adds. More than 500 employees, executives included, now work in the building. The renovation also includes their new main branch on the second floor.

Another project in the works: A proposed 220-room luxury Virgin Hotel–New Orleans. A collaboration with CallisonRKTL and contractor Broadmoor LLC, the 165,000-square-foot, 14-story building broke ground in summer 2019 on. It is one of only a few new high-rises added to the downtown area in recent years.

Built to be LEED Silver certified and comprising ballrooms, a music venue and a top-floor deck, it is being meticulously designed; every detail, down to room doorbells, is being intently scrutinized, Morton says. The hotel rooms themselves will be state-of-the-art, she notes, with a focus on flow and function.

Then there is the firm’s extensive, continued work with the National WWII Museum.

Launching as the D-Day Museum in 2000, it was designated by Congress as the country’s official National WWII Museum in 2003. Voorsanger Architects won a national competition for its multi-pavilion campus concept and brought Mathes Brierre on board following a competitive interview process of local firms. Mathes Brierre and Voorsanger have worked together 50-50 since the beginning, Morton explains, and Gallagher and Associates was retained for exhibit design. 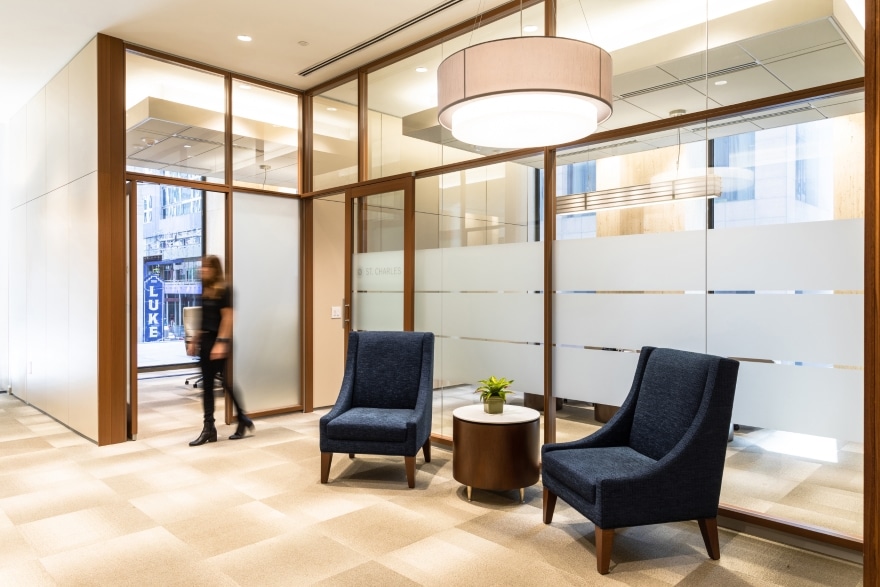 As Evans notes, this concept had the additional benefit of allowing the museum to break the project down into several phases as individual pavilions. Today, more than $300 million has been invested in the construction of five pavilions, a plaza, parade grounds and a skybridge. Torpedo boats meticulously restored by conservators and volunteers, tanks and planes and numerous other artifacts are showcased amid exhibits and a range of displays covering the span of the war.

Two more pavilions and a hotel and conference center are in the works.

“It’s really changed the skyline of downtown,” says Morton. Not to mention, it has been rated by TripAdvisor as the No. 2 museum in the world.

It’s rare, Evans notes, to work on project for so long—“a good bit of your professional career.” He adds that over those years, technologies have evolved significantly—for instance, they started out working in AutoCAD, now they’ve switched to the more advanced Autodesk Revit.

“It’s interesting to have a long-range project like that, to deal with issues of changing technologies, changing attitudes and a changing city, as well,” he says.

‘She’ just pulls you in

As both Evans and Morton note, the National WWII Museum has been unifying a city that had to face a major setback; Morton recalls working on the first pavilion design when Hurricane Katrina hit in 2005 and being displaced in Baton Rouge for a harrowing and indefinite period while the city was closed.

In the nearly 15 years following the devastation, the city has slowly rebuilt, while companies like GE Digital and Lucent have made significant investments.

The firm is working on residential projects downtown—that would have been “unheard of” 10 years ago, says Morton. “The downtown is becoming a neighborhood again,” she clarifies.

Evans, a Tulane University alum, who has been in the city for 22 years, adds that for the first time in his experience, “there are a lot of young people moving here.”

Resilience is a defining characteristic of the unique and historic city, Morton says, recalling her first interview with firm chairman Ed Mathes. They discussed where architecture might be in 25 years, and what impact that would have on New Orleans. “He wanted to make sure the firm was going to be here 50 years from now,” she says.

Evans adds that, “Mathes Brierre has more than 125 years of work, clients and history. We’re using that as our base to propel us into the future.”

He came to the city 22 years ago and says of its enduring pull: “Once you move to New Orleans, she’ll get ahold of you and you just can’t leave.” 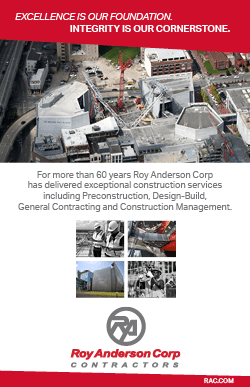 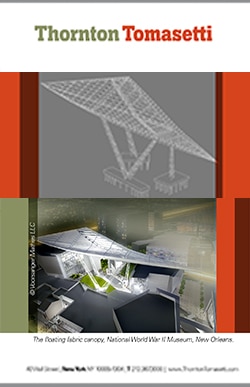 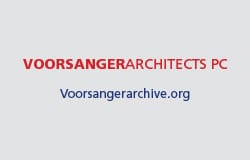 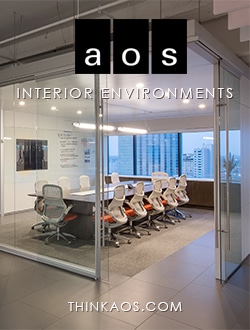