“I do enjoy the challenges,” says Smith, assistant vice president of facilities for Penn State College of Medicine at the Milton S. Hershey Medical Center. “It’s very hectic, very busy for the entire team, but in a good way.” 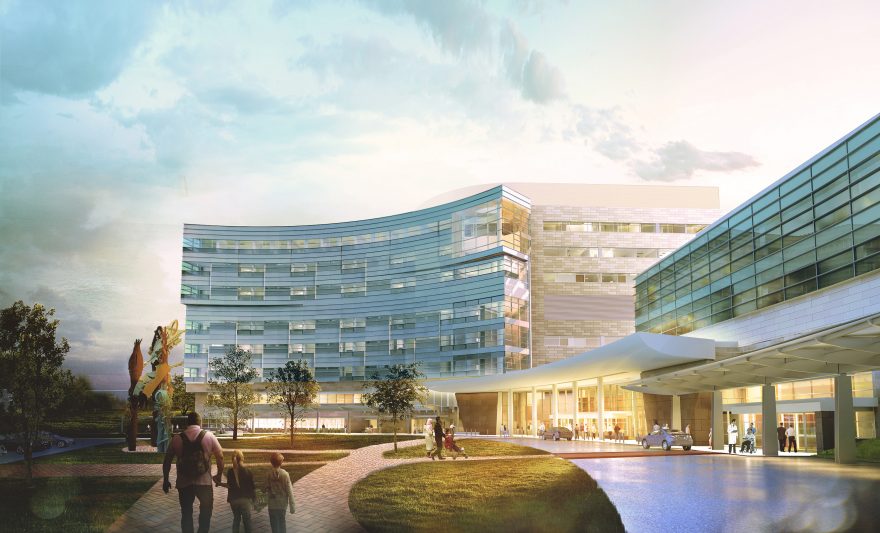 That “good busy” started from day one, because when Smith joined Penn State in late 2012, it was in the midst of unveiling a new state-of-the-art children’s hospital.

Now, just five years later, it is in the throes of two significant expansion projects: one to the children’s hospital, the other to its emergency department.

Smith, who served in the Air Force for nearly 30 years, says the goal of both projects is to expand the Hershey, Pennsylvania-based medical center so that it can handle more complex cases—meaning patients won’t have to travel all the way to Philadelphia (100 miles east) or Pittsburgh (200 miles west).

Built with growth in mind

Some might be wondering: Why does the children’s hospital need to be expanded already? Well, it was built that way.

Recognizing the area population was growing, architects Payette Associates and consulting engineers BR+A of Boston created the five-story building so that it could structurally accommodate three additional floors. 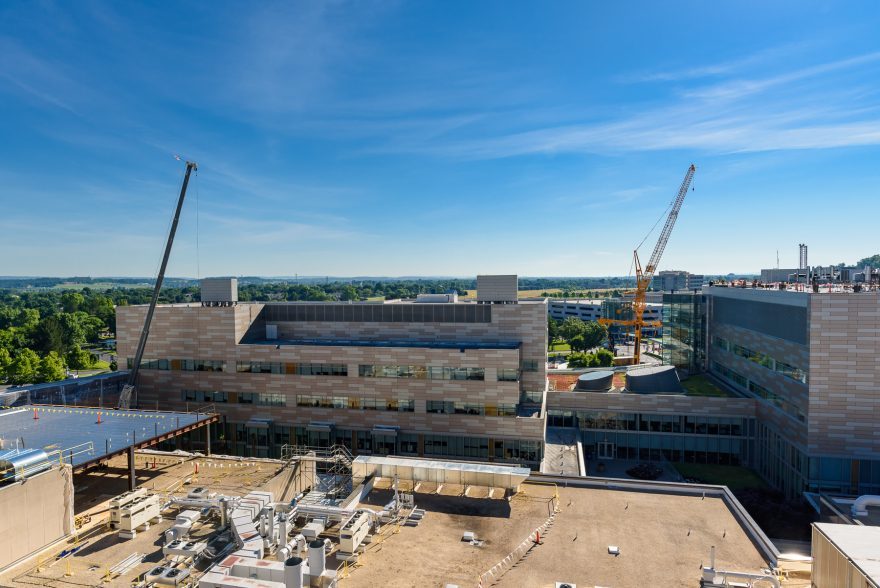 The estimated $148 million project will add 126,000 square feet, Smith says. The new sixth floor will encompass pediatric and postpartum rooms and a nursery; the seventh floor will also have nursery and postpartum rooms, as well as labor, delivery and C-section operating rooms; and the eighth floor will include intensive care spaces and private rooms dedicated to the most critically compromised newborns.

All this is meant to ease ever-growing capacity constraints, Smith says, and should meet projected needs through 2026. He notes that too often these days, because inpatient beds are full, patients have to be turned away.

“This is the quickest way to help us with our adult inpatient bed capacity issues,” he says.

For the Children’s Hospital project, Penn State is working with the construction manager Whiting-Turner, supported by major contractors Poole & Kent (mechanical) and Lighthouse (electrical). Other team members include Healthcare Building Solutions (HBS) as the medical equipment planner and Source One as the furniture planner and supplier.

Construction is estimated to be completed in summer 2020 and the floors in use by the fall. The building will be “very harmonious” with the current structure because they’re using the same architects, Smith says, and efforts are in place to reduce noise, vibration, dust and debris during construction.

Progressing in tandem is the emergency department overhaul. The department serves about 75,000 patients a year, but the goal is to raise that capacity to 90,000. As Smith notes, the hospital is the only one in Pennsylvania with both an Adult Level 1 and a Pediatric Level 1 trauma center, and is also equipped with three helicopters—thus further stressing the department’s resources.

Once completed (early 2019 is the estimate), the $50 million renovation and expansion will include a dedicated sexual assault exam area and an expanded decontamination and infectious disease isolation area, as well as new operating rooms and clinical and research space. There will also be a new, larger entryway separating the now side-by-side walk-in area and ambulance unloading zone. For this project, the design-build team of Pyramid Construction and EwingCole was selected based on their expertise and combined experience with the campus buildings and infrastructure.

All told, “it will modernize operating rooms with leading technology and capabilities, and increase clinical and research capacity,” Smith says.

In the case of both of these initiatives—as well as others down the road, including a planned $300 million-plus addition to the college’s research and education space—focus has been on creating the best possible team of designers and builders.

“Collaboration and cohesion is critical to the success of such a large and complicated project,” Smith says.

Like many who go into engineering, Smith was always one for whom making, building and rebuilding came naturally. He grew up in Lexington, Virginia, with family members who were Air Force veterans, and followed that family path after college.

He doesn’t say much about his nearly three decades in the Air Force; only that he was fortunate to work on a variety of engineering projects. When he decided to leave, he turned to higher education at the suggestion of friends.

“I knew I could bring perspective from all the different places that I’ve worked in the military,” he says.

Today, when they’re not managing significant building projects, he and his team of roughly 160, keep busy with day-to-day facility maintenance and operations across the campus’ 550 acres. The property has its own roads, electric distribution and water lines, as well as a plant that converts steam for use in sterilizing surgical equipment.

“You can’t just let things break or afford to put them off when patient safety is a concern,” Smith says. “In health care, you’re very focused on that and in a very rigid manner.” 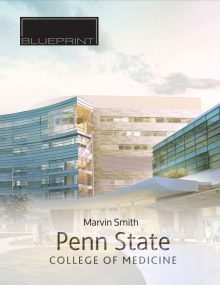 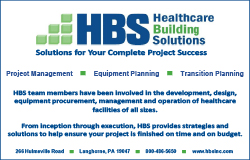 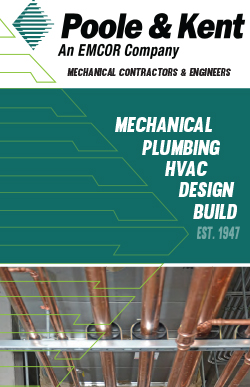