Mark Griffin has a lot of history at Broward College. He prefers to talk about its future, though.

“The people I work with are all kind of bored with my stories about what things used to be like in the early days of Broward College,” says Griffin an alumnus who’s now the school’s associate vice president, facilities planning and capital budgets. 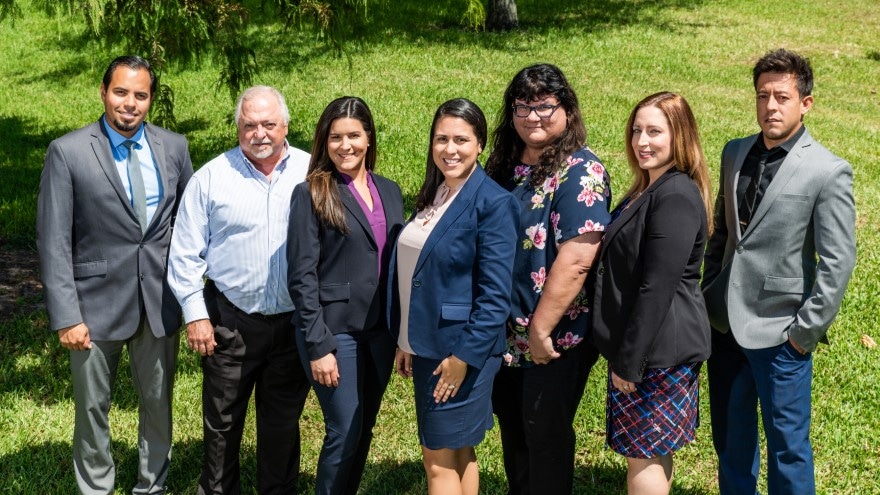 And though the COVID-19 pandemic had closed down the college to nearly everyone when Griffin chatted with Blueprint in March, work on the new student service center continued through its beginning stages.

“This is an important transformation,” Griffin says. “Broward College works with a student population that’s very diverse and we need to be sure we’re reaching them in the best ways possible.”

Broward College operates from three main campuses, the oldest of which opened in 1964 (the others opened about a decade later). There are also seven other centers for learning, and nearly a dozen remote sites where students in underserved areas can take professional certification courses. 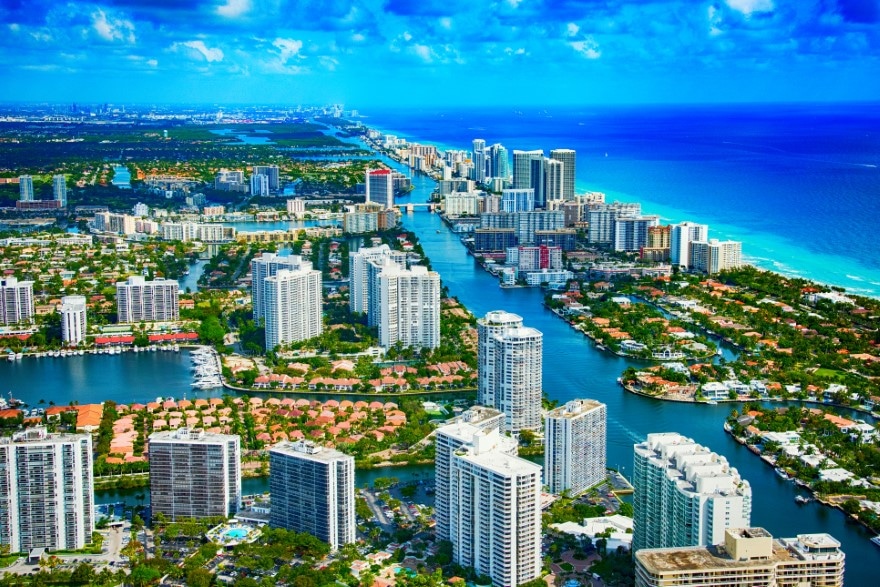 Though it started as a junior college, the school now offers four-year degree programs and shares some of its Broward County facilities with Florida Atlantic University and Florida International University.

Griffin notes the entire community college system in Florida is quite strong and frequently serves students in underserved communities, but Broward College has been challenged in maintaining and improving college facilities with little funding from the state. In fact, there’s been no assistance for capital projects in the last two years.

Nevertheless, demolition work has begun for a prized project, a complete remodel of the student services center that will transform an archaic design into a state-of-the-art one-stop shop to improve the student experience.

“I spent a year reading up on this,” Griffin says. “I read every article I could get from every school about how they were building and providing services.” 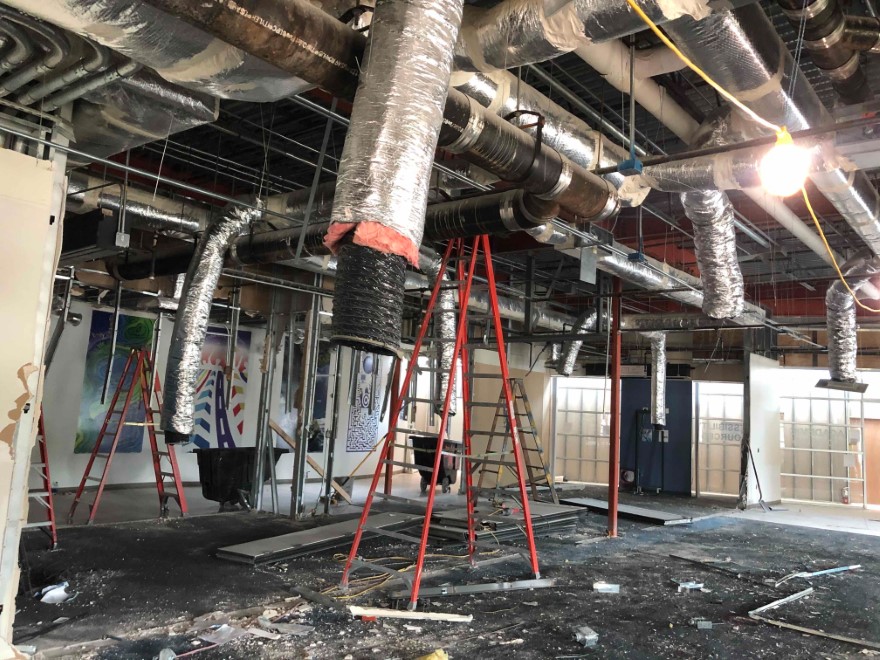 The intensive study resulted in a design borrowing both from the University of Minnesota and Apple stores, as well as a prior renovation project at Broward’s North Campus in Fort Lauderdale, Griffin says.

It’s a hybrid open-space modular approach to create the environment where generalists are there to greet students and others. The generalists are cross trained to assist with basics about admissions, financial aid, academics and other questions about attending the school.

Should someone need more specific and targeted assistance, the specialists are nearby, working in color-coded cubicles for the department.

The open space will also be equipped with computers to register for classes and apply for financial aid, and a digital queueing system will connect students and department specialists, Griffin adds.

Shifting away from the traditional silos of student service functions to a one-stop-shop type delivery is achieved by implementing modular office solutions. The college uses a product by DIRTT, short for “doing it right this time,” which is flexible and attractive, Griffin says.

It’s a modular approach that was used on Broward College’s North Campus as part of an entire four-story building renovation. The top floor became faculty offices, a design that both kept students and faculty connected and allowed the school to capitalize on energy savings. 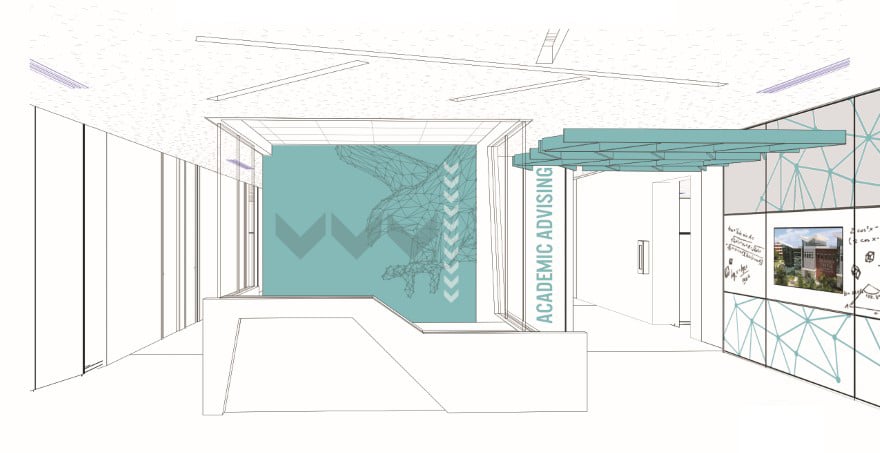 That’s because the floors are individually climate controlled, so the office spaces do not require as much cooling because they are in use less. Those temperature controls can also be accessed remotely by staff before they enter the building, Griffin says.

“All in all, it’s a beautiful system,” he says. “You can even use conference rooms with the LED systems built into the wall for videos.”

Not that anyone is coming in to use classes or offices these days. The Broward College campus closed to all but essential staff in mid-March. Classes continue online and will remain virtual through the school’s two summer sessions.

Griffin says the school was able to shift 93 percent of the semester’s courses from the class to online and gave incompletes to students in the courses that could not continue virtually.

He’s an essential employee, but says he’s only needed on campus in case of emergency, adding the design and construction team has a project manager to monitor the demolition work for the student service center. If the contractor’s crews are not using social distancing as they work, the job will get shut down, Griffin says.

Throughout his life, Griffin has rarely kept his distance from Broward College. He’s a South Florida native, and he and his two brothers were the first in their family to attend college as all went to Broward.

Griffin earned an associate degree in liberal arts and sciences from the school in 1972 and followed by attending the Florida State University College of Business.

His career in higher education began in tech support, he managed the systems at Tallahassee Community College from 1990-97. It was one of the few times Griffin moved away from South Florida, he says. 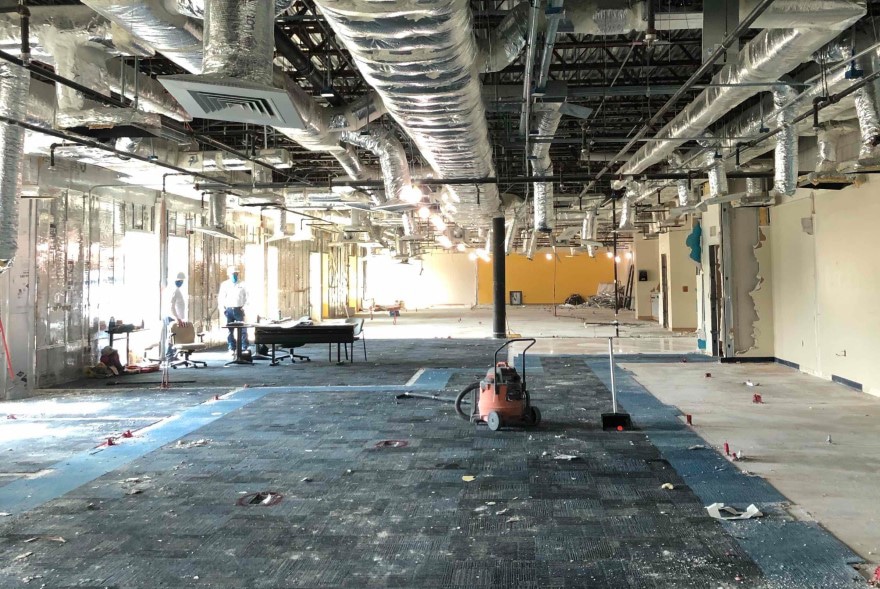 “My family moved here in 1963, so I’ve spent most my life here,” Griffin says. “While I moved away for a bit to work at Tallahassee, it really was a no-brainer to come back to Broward.”

“Nowadays, facilities decisions are more data-drive than ever,” Griffin says. “What I brought with me was ability to recognize that. When I came over here, I implemented technology systems that would help the department and guide us in our planning process. Over time, I just took on more responsibility.”

He’s closing in on retirement, perhaps in 2021, but Griffin is not going to be idle.

“I’ll spend the first year fixing up our house, but I may get bored after that and look for a job,” he says. 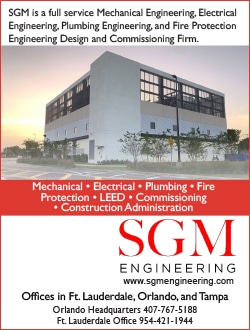