And Mark Sprague, CM, the airport’s deputy director of airport operations and facilities, would like them to keep that focus, with construction out of sight and mind. 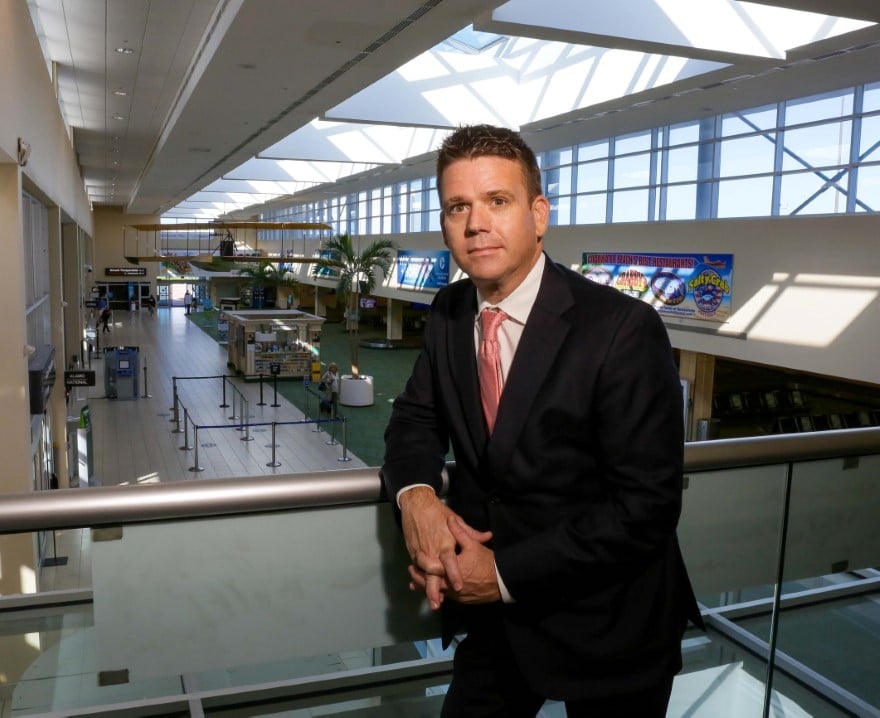 Since arriving at PIE, as it’s known by its Federal Aviation Administration call letters, Sprague has focused on projects related to the master plan he helped update. This blueprint for development and expansion includes runways, taxiways and terminal ramp areas. In guiding the projects, Sprague brings perspective both as a former pilot and a manager at two Washington, D.C., airports.

“[Renovations] aren’t as simple as ‘we want something new and we’re going to build it.’ There’s lots of steps and planning that go into it, especially to avoid disrupting flights and passengers,” Sprague says. “I  have conversations with consultants and explain why ideas are either good or bad from my perspectives.”

On Jan. 1, 1914, the St. Petersburg-Tampa Airboat Line sold its first ticket and commercial air travel began. During World War II, the Army Air Corps built the first air base on the site of PIE to train fighter pilots. After the war, the land was given to Pinellas County and converted to the Pinellas International Airport. The original terminal building opened in 1957.

The PIE expansion is beginning with a decommissioned runway being converted into a taxiway. Another new taxiway is being designed (near the largest undeveloped land in Pinellas County) to accommodate future aeronautical and non-aeronautical uses. 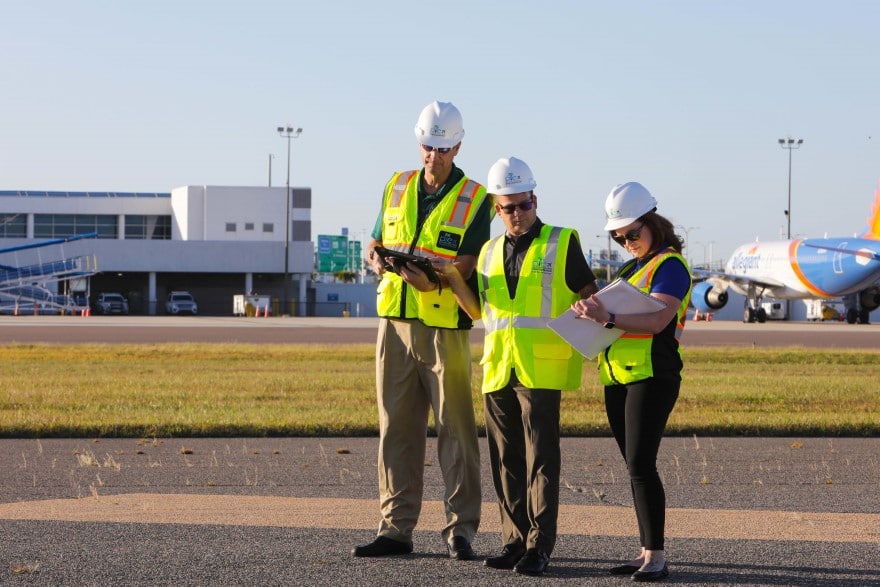 The conversion is occurring simultaneously with a project to replace asphalt with concrete in ramp areas adjacent to the terminal. The concrete is more durable, whereas asphalt tends to soften in the area’s heat and humidity.

In managing these and other efforts, Sprague oversees four departments—facilities, operations, IT and aircraft rescue fire fighting—which work closely together. For instance, the facilities department needs to know the whereabouts of contractors in case the electricity goes out, and the fire and rescue unit needs to know what areas of the airfield are open when responding to an emergency, he says.

Sprague also works with the deputy director of administration and finance for budgeting and engineering, which oversees the drawings, reports and documents needed for projects.

Sprague expects the future of commercial air travel to include more nonstop flights, most likely in efficient, narrow body jet aircraft. PIE has already seen the number of nonstop flights increase from 55 to 64 cities during the pandemic, and he expects that trend to continue as passengers avoid layovers that can also increase the risk of exposure to COVID-19 or other viruses.

Accessibility, and complying with the Americans with Disabilities Act, also becomes a bigger consideration with its new flight information software having digital paging throughout the airport.

The COVID-19 pandemic is also changing design elements as there will be fewer touch points in areas such as restrooms and PIE will continue to use disinfecting misters. 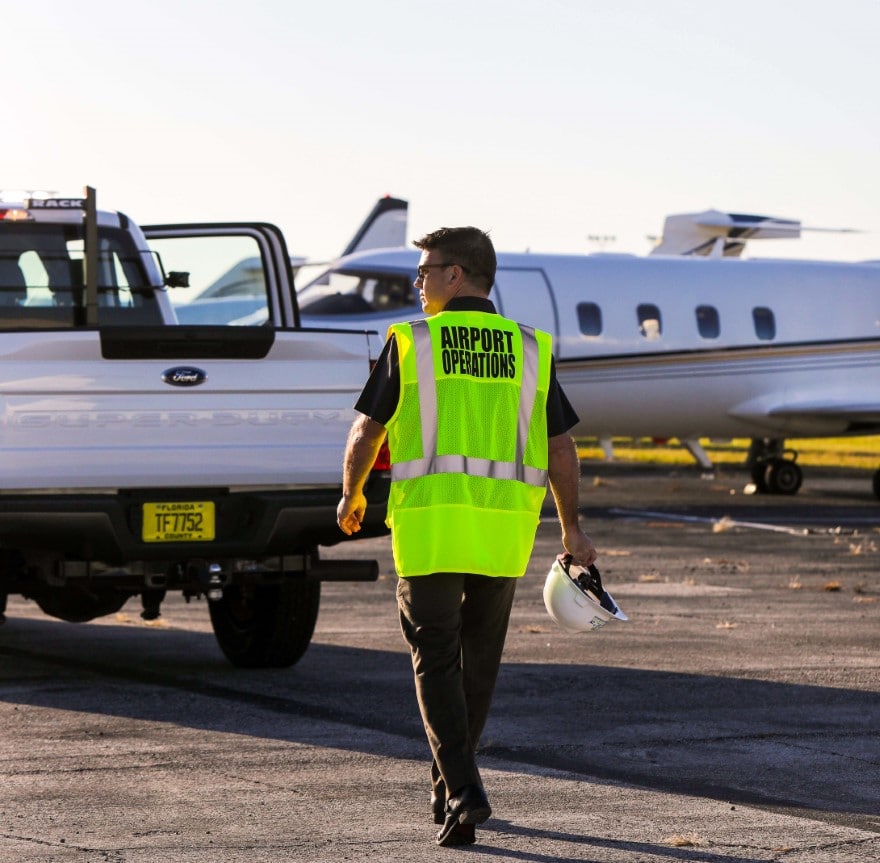 PIE renovations will occur in phases because the airport can’t be closed during projects. Work will be done day and night, and he’s responsible for complying with FAA procedures including safely marking routes where materials can be hauled in and removed.

“When you’re doing a construction project at an active airport, it’s different from a roadway,” Sprague says. “You can’t just shut down a lane and put traffic cones in.”

The airport has also invested in gate management software that will help redirect aircraft traffic from gates closed during construction, and Sprague says PIE works with airlines on flight times. Though winter weather won’t hamper construction, frequent thunderstorms and hurricane season may.

Sprague is drawing from his work at the Metropolitan Washington Airports Authority where he worked at both Dulles International Airport and Ronald Reagan Washington National Airport, gaining experience in runway, taxiway and ramp rehabilitation projects. Sprague was also a liaison with the Federal Aviation Administration and managed compliance with its certification manual.

Born in Tuckerton, New Jersey, a fishing and clamming community north of Atlantic City, Sprague says he knew he’d prefer to make a living in the skies instead of the sea by the time he was a sophomore in high school.

He earned an associate degree as a professional pilot from the Community College of Beaver County near Pittsburgh in 1992 and completed his bachelor’s in aviation and airway management and operations from Wilmington University in 1994.

In 1997, he became a captain and instructor for Comair. In May 2001, he shifted to Spirit Airlines as a pilot and first officer and thought he’d stay there through the rest of his career. 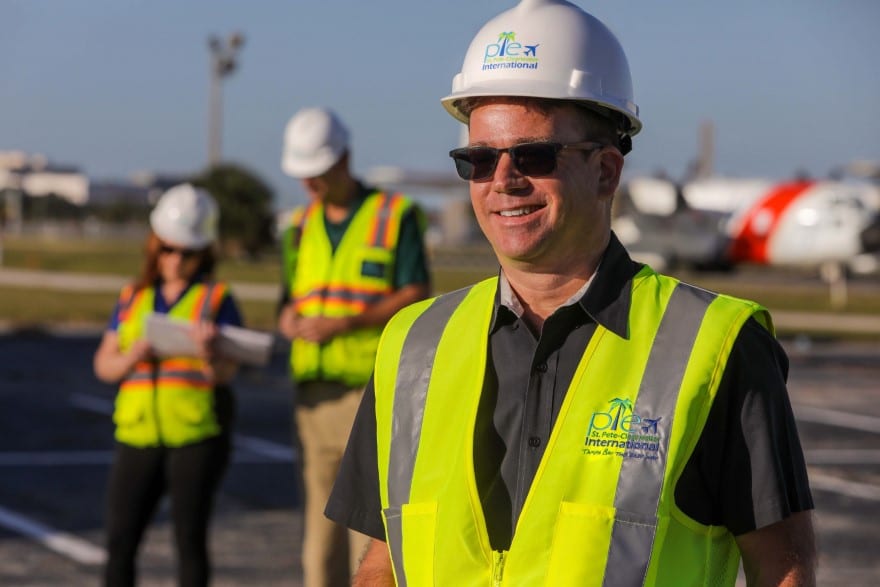 9/11 changed that, and the airline industry. Though Sprague says the attacks did not cause him to fear for his personal safety, they did set off a wave of consolidation in the industry that made him reconsider his career.

After earning an IT master’s certificate from the Computer Career Institute at Johns Hopkins University, Sprague stopped flying and began his career in airport management with the Metropolitan Washington Airports Authority.

His piloting experience has served him well in his airport management roles, he adds. For instance, he knows how much room pilots need as they taxi aircraft around airport construction and where to position construction lighting so it doesn’t impact pilots’ vision when landing.

While his desire to escape Mid-Atlantic winters behind was a reason he left the Washington, D.C., area, Sprague adds guiding upgrades and expansion at PIE has been rewarding.

“My decision to leave the cockpit was an industry-related—difficult but rational,” Sprague says. “I’ve been in aviation from piloting to airports for more than 20 years. It’s a cosine curve—it changes and it doesn’t change.” 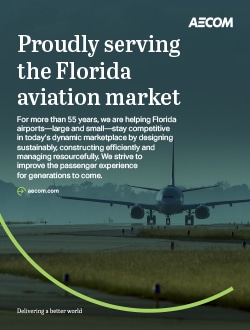 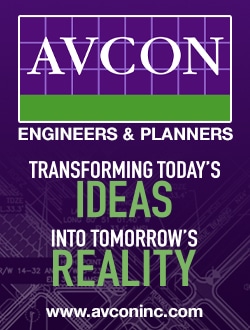 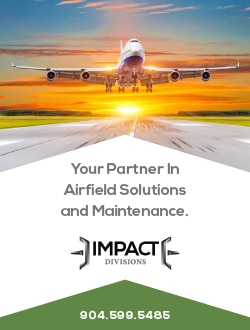 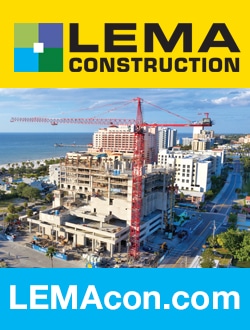