Call him a facilities professional

Mark Dudgeon might be an oftentimes overlooked but vital cog at Columbus State Community College, overseeing nearly 1.5 million square feet of facilities space that so many folks would take for granted—unless something’s on the blink or out of place.

Thankfully, that’s rarely been the case since the 42-year-old Dudgeon became director of operations within facilities management in 2016 at the two-campus community college which serves over 26,000 students in Ohio’s capital city, as well as in southern Delaware County and other regional learning center locations. 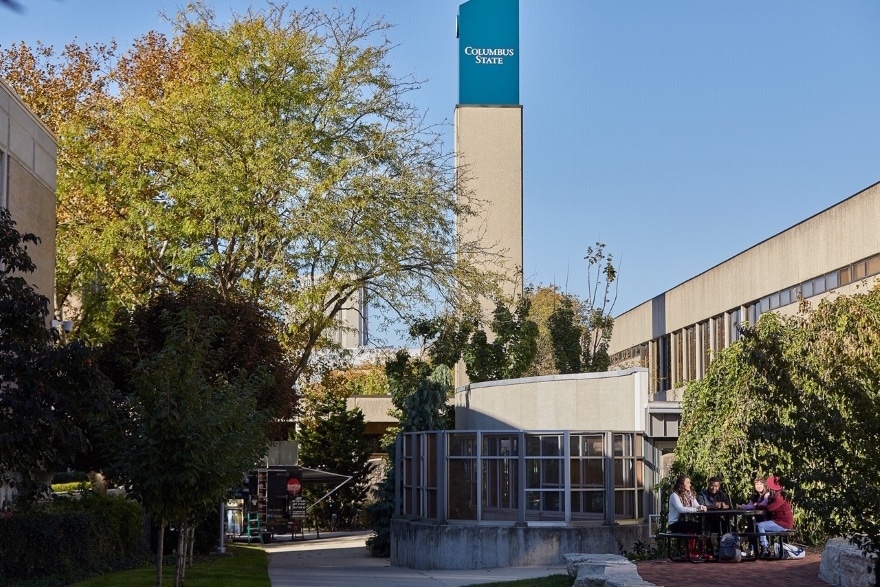 And while Dudgeon’s not one to sing his own praises, the work being done by him and his team is certainly worthy of such.

For, as he is quick to remind, it’s no overstatement to say that in any higher education institution the facilities department is essential to the success of students, researchers and faculty alike.

“Every day our department works hard to change the perception of the work we do,” says Dudgeon, who’s as much at ease with the budgeting and bargaining unit aspects of his position as he is with the more hands-on tasks. “We don’t want to be seen as just the facilities folks. We are facility professionals. Experts in our chosen fields.”

When Dudgeon spoke to Blueprint in June, his to-do list included the upgrading and replacing of boilers whose capacities get stressed by the Heartland’s long winters. Whatever the project, preventive maintenance is his team’s modus operandi, and with a combined campus infrastructure that includes nine learning centers, vast green space and many parking lots spanning over 250 acres across all locations, the work is never truly done.

However, the most vital projects don’t lag, and with Dudgeon following a 2017 college-wide building condition assessment of CSCC’s facilities and using academic needs to drive facility priorities, the needs have been identified and are being duly tended. 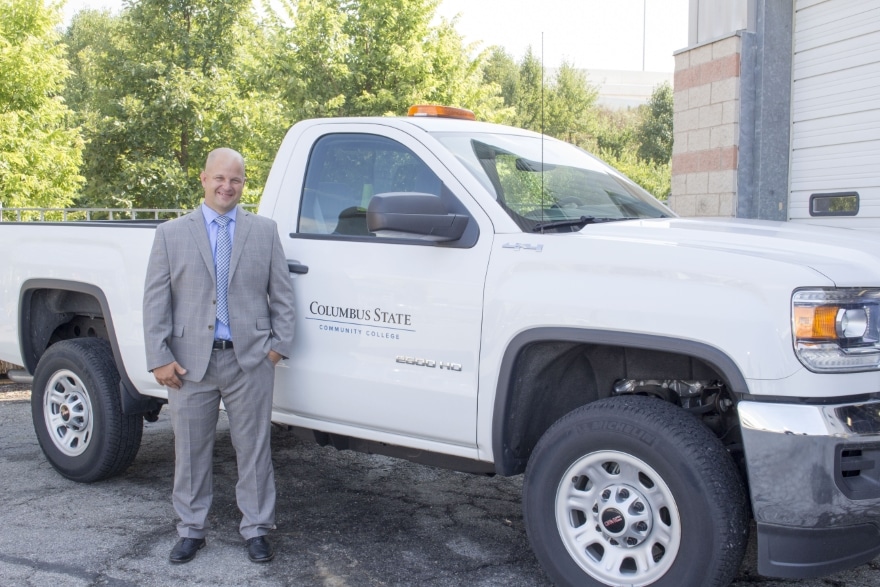 Currently, the college is in the early stages of selecting an architectural and engineering firm to handle an HVAC boiler and control capital improvement project on the downtown campus involving five buildings, with cost estimates ranging from $4 million to $5 million. Flooring projects are also underway in multiple buildings, Dudgeon says, adding that as long as people walk, there will be always be a need for repainting and carpet replacement and his team is able to constantly pivot to support the mission and vision of the college.

Then there’s the 1.5 million-plus square feet of roofing which ensures that some crews will always be found working above.

“Right now we’re waist-deep on projects spun from that assessment, and we have to work around the schedules of others,” he explains. “But we’re nimble and mindful of how our work impacts our customers who are the students.”

What’s more, those students and campus partners can follow the Twitter feed of @cscc_facilities, which keeps them up to date on such matters as power outages, new restroom dispensers, elevator upgrades, industrial-strength washings in progress and even such non-facilities activities as the campus blood drives.

Then there’s Facilities Fun Fact Friday, when his department might tweet their admiration for the creativity of team members in the woodshop or bring attention to how technicians got a trash compactor back in service. It’s a unique feature among facilities departments, but one that’s gaining in popularity with CSCC as evidence of its worth.

Ahead of the curve

“Most important is for us to keep up with local and national trends,” Dudgeon goes on to say. “Managing change is always a challenge. It takes a good deal of strategy because our environment evolves so fast.”

That means, among other things, ensuring that the building automation systems include the utmost in cybersecurity, with so much sensitive data being processed. Though Dudgeon doesn’t have formal infotech training, he’s picked up plenty here and in previous positions and strives to maintain close ties with their partners in the IT department.

“It’s not always sexy work,” he says of his overall responsibilities that include environmental health and safety. “But what more could you want other than being able to serve 26,000 students every day?”

While just five people directly report to Dudgeon, 55 are on the facilities management team—14 being direct support staff and the remaining being bargaining unit members. Our bargaining unit members are the frontline associates working behind the curtain every day as the face of our operation. “We would not be successful as a department without their skills, commitment and dedication to supporting student success,” says Dudgeon.

It’s still a relatively lean staff that necessitates the forging of strategic partnerships with such vendors as ABM, which provides an array of services—including janitorial—from more than 350 U.S. locales, including Columbus. It’s no small feat ensuring shiny floors, fresh-smelling air, well-stocked restrooms and smudge-free windows at the sprawling campuses and satellites, but Dudgeon can count on ABM to keep CSCC clean—and green.

He also likes to emphasize the opportunities that facilities management provides to young people, especially those eager to learn the skilled trades. The economy being generally strong in Ohio, such jobs might commence with a salary higher than that of other grads, as demand outpaces supply.

“We’ll be facing a big turnover in labor in the next three to five years,” says Dudgeon, whose work force is graying, with nearly 800 years of combined experience. “We’ll be losing a ton of tribal knowledge, and need a lot of young folks.” 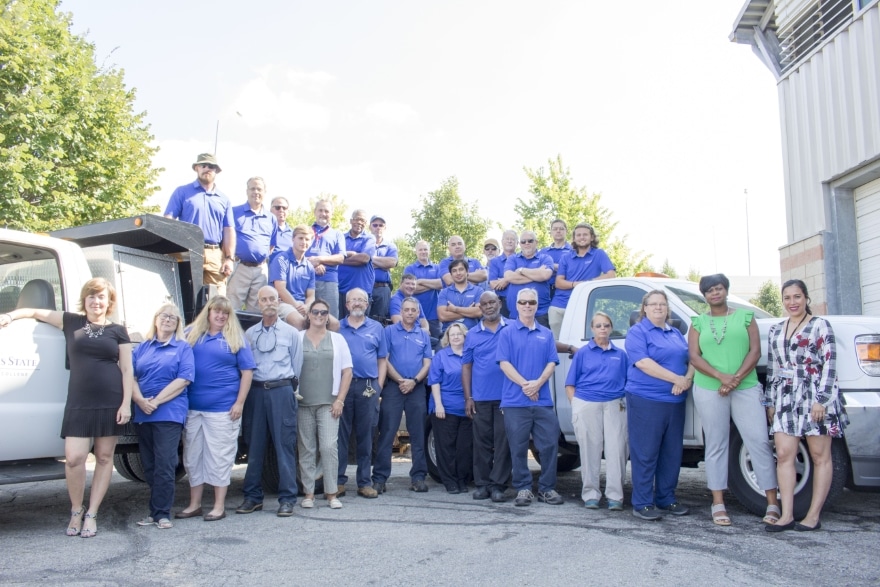 The work they’ll be doing could be much different than what Dudgeon’s crew does now, with automation and robotics affecting facilities operations and management, and there being more emphasis on energy and water conservation and reducing carbon footprints.

In short, this line of work might be getting sexier, Dudgeon says with a laugh. He’s glad he made it his career choice after studying the trades at CSCC and furthering his credentials at Franklin University and The Ohio State University.

Dudgeon spent a little over three years as an operations manager for The Brickman Group, one of the nation’s largest landscaping companies, and took his skills to Ohio State where he was a landscape superintendent from 2011 to 2014. He came to CSCC as supervisor of grounds and less than two years later was promoted to his present position.

“It’s been a most rewarding role,” he says. “We have a great focus on facilities from the president’s office down the line. The message has been very clear about the ties between facilities and student success.” 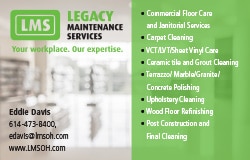 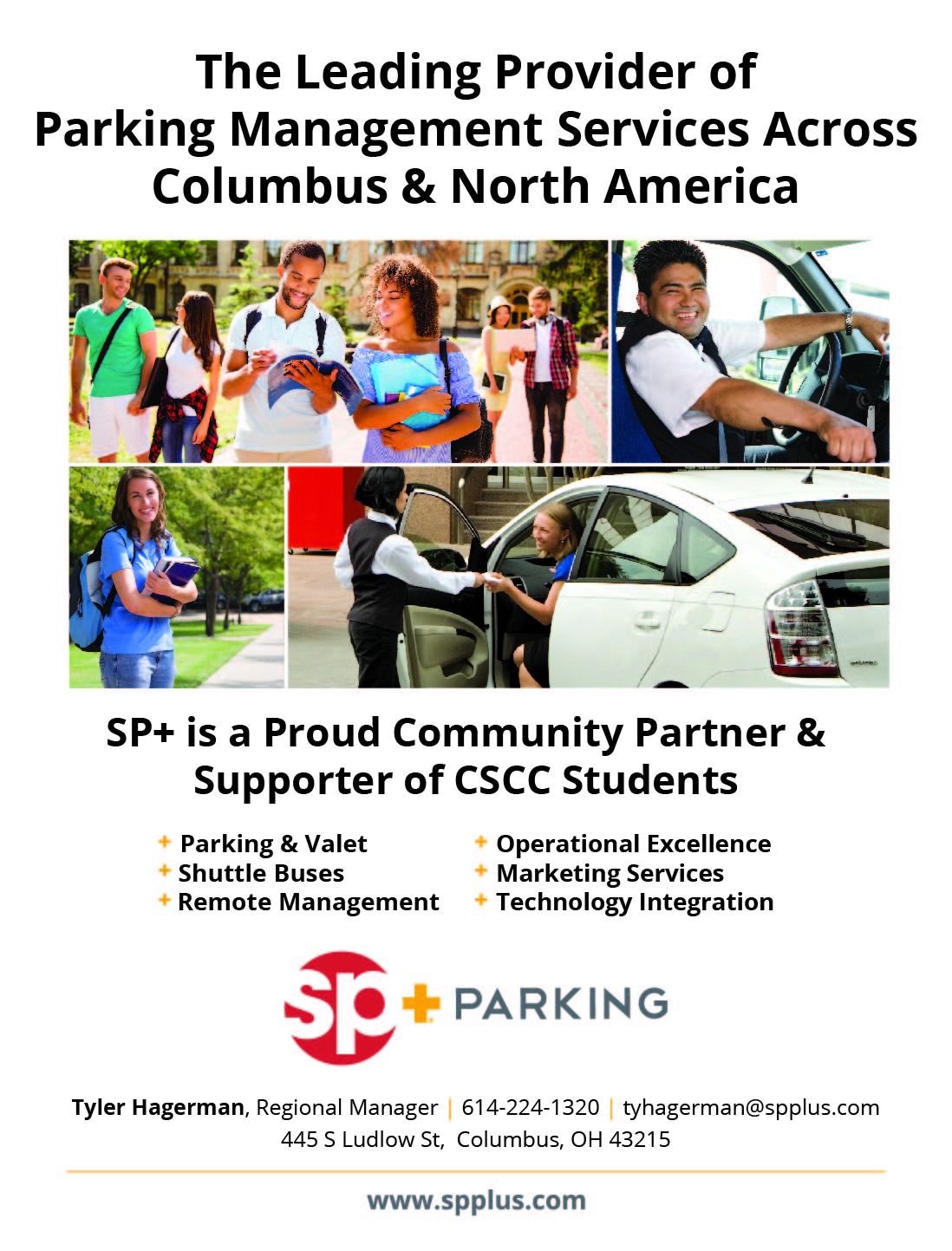 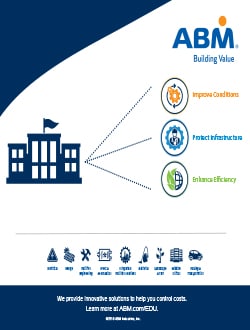