Mark Caskey remembers the day the lightbulb first went off. Halfway up the driveway, he noticed the flimsy metal construction of a building that processes natural gas for distribution. Inside, a lack of insulation was causing fans to blast an airplane-engine din clear through the walls and into the homes just beyond the ridge.

In 30 years, Caskey had seldom seen a compression building so full of hazards. Once the alarm bells died down, his eureka moment hit.

“I knew the natural gas industry in Pennsylvania was going to get big,” Caskey recalls. “But also I knew there had to be a better way. That we could construct buildings that weren’t just safer and cleaner, but more economical.”

Caskey launched his venture within a few months, using his home’s  spare bedroom as a makeshift office. Ten years later, Steel Nation has emerged as one of the country’s leading pre-engineered metal building  supply and erection companies, doubling sales every two to three years since.

While Caskey is proud of this gangbusters growth, there’s one project in particular that captures what makes the company unique.

Stretching 713 miles from central West Virginia through Ohio and Michigan and into Canada, a pipeline designed to transport 3.3 billion cubic feet of natural gas per day is nearing completion. 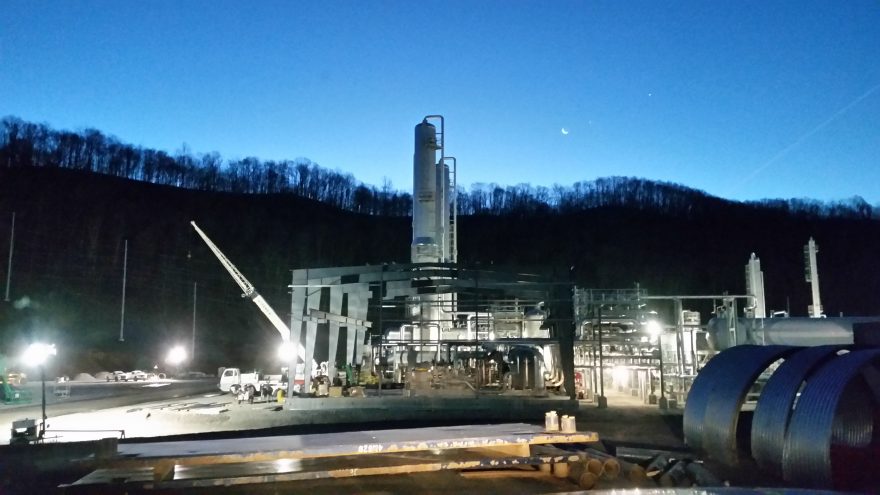 Once the client installs the compressors—anywhere from four to eight massive machines Caskey likens to small, two-story suburban houses—Steel Nation then sets the building foundations. After all the pipes and wires are outfitted and tested, the company relies on a 20-man crew to erect the surrounding steel and sound mitigation components, a process that typically takes two to three months to complete.

“Clean, cool, quiet and safe—that’s our calling card,” Caskey says, pausing a moment before adding the caveat. “Believe me, it’s not that easy.”

When natural gas enters a compression chamber, it’s already under tremendous pressure, typically between 200 and 2,200 pounds per square inch (PSI). Compare that to 32 PSI in your car tires. Once in the facility, the clear, odorless gas is further compressed, so much so that it becomes a liquid feedstock (like ethane). At these pressures, stray gas can be dangerous, as it is explosive and can be set off with little more than a spark.

“A lot of what we try to do is to move fresh air into the building, to ensure we don’t have an explosion if there is a gas leak,” Caskey says. “Someone looking at one of these buildings might only see the big things, but the details are incredibly important.” 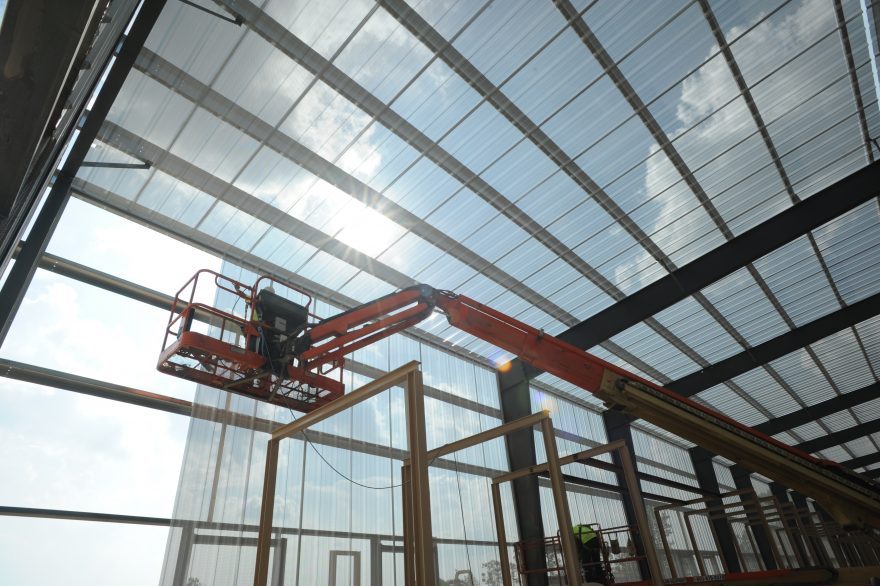 Using a series of giant industrial fans, which also help keep the building cool, Steel Nation turns the chamber into a virtual wind tunnel, generating anywhere from 25-30 air changes per hour, so that any gas that does escape is too dispersed to ignite. In addition, the team encloses anything that might give off static, from outlets to lights to an idle crane engine (all electrical components need to be explosion-proof, Class 1, Division 2 by code).

While compression buildings tend to be in remote locations, it’s not uncommon to have a site within earshot of a church, school or small housing development.

That attention to detail has become so sought after, in fact, that in 2010 Caskey was asked to sound mitigate the site that first inspired his business.

“That was satisfying on a few levels,” Caskey says. “But we fixed it to where the people around it no longer know it’s there.”

But while “Cool, Quiet and Safe” has emerged as a marketing mantra for the company, it’s the “clean” part that the longtime coal veteran has become most passionate about.

Having grown up in the heart of Pennsylvania and West Virginia coal country, Caskey understands the importance of the region’s energy infrastructure. Having spent years designing and building coal prep plants, Caskey also developed considerable expertise in noise and pollution mitigation.

As regulations and environmental concerns during the Obama administration caused coal’s use to wane, Caskey saw natural gas as something of a godsend: a clean-burning fuel that was safer to extract, safer to process and—not least of all—safer for the planet. 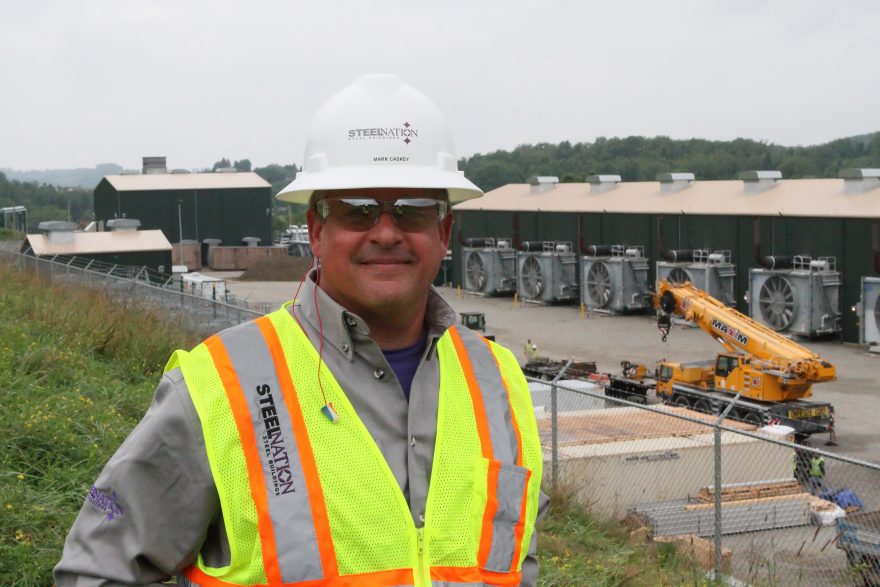 “Our industry gets a lot of bad publicity, but the fact is our country doesn’t have the capability or the infrastructure to rely 100 percent on renewables,” Caskey says. “I think wind and solar are great and need to be a bigger part of the picture. But so does natural gas.”

A decade after his company’s founding, Caskey has turned Steel Nation into a true turnkey operation, offering everything from engineering to steel erection to environmental mitigation (not to mention 100 percent American-made products). And while the recently completed pipeline project represents the company’s largest project to date, Caskey says it’s a record that likely won’t last long.

“I’ve had to pinch myself more than a few times the last few years,” he laughs. “What we do encompasses a small fraction of a pipeline project. But it’s an important niche, and we intend to be the best there is.” 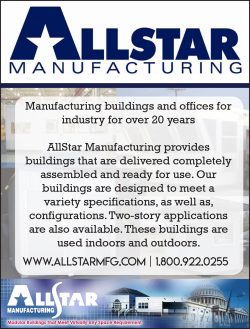 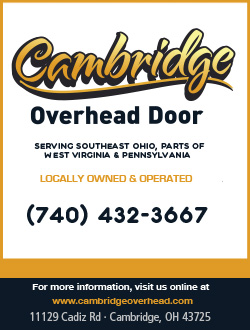 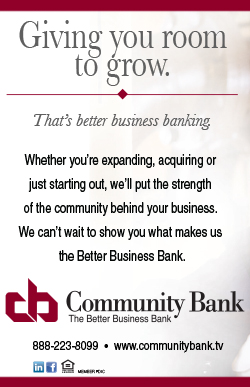 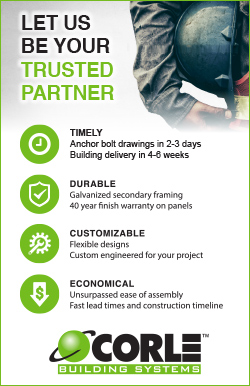 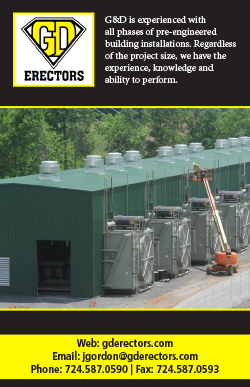 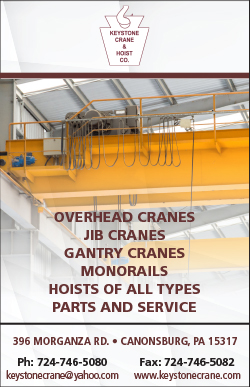 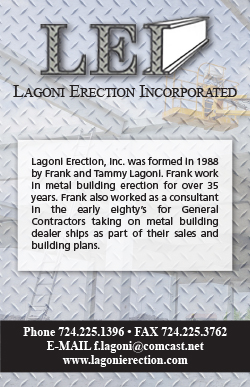 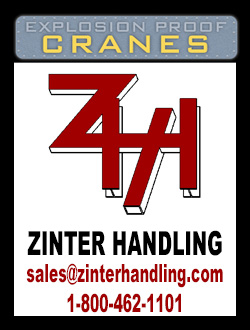