A designer of this time, keeping projects in line

Between fears of COVID-19 and the resulting rise in unemployment, panic and uncertainty have seeped into just about every industry in America. 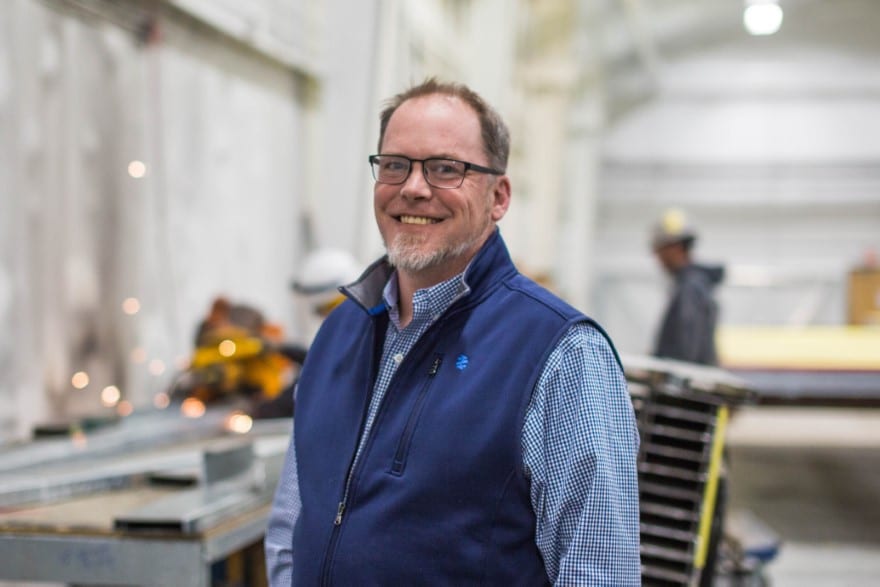 But for Mark Beroney, president of Atlantic Prefab in Wilton, New Hampshire, business is booming. At the prefabrication firm, he’s keeping more than 30 employees on the payroll and projects moving forward with new health and safety practices, such as limiting the number of people on a job site.

“It’s rewarding to use our design experience and production capabilities to solve problems,” Beroney says. “There’s an overall excitement to be the heroes in a tough set of circumstances.”

When Beroney got a call in May to assist in building a new facility to produce Covid-19 tests, he couldn’t get there fast enough.

The expansion—done on behalf of Abbott Labs, a multinational medical device and healthcare company—will allow for a dramatic increase in much needed test kits. 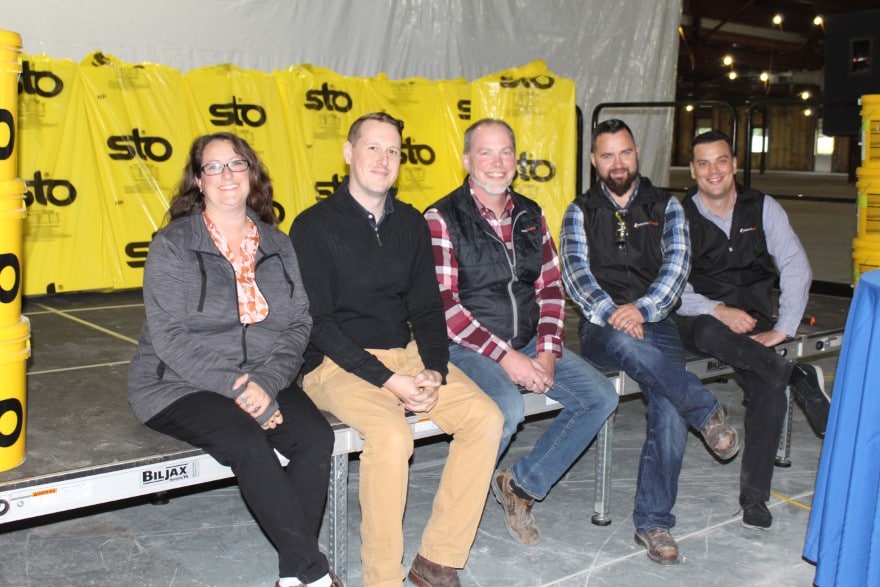 Within days, and with help from the Portland office of Metro Walls, Beroney says his business brought in materials and pre-built trusses for the site, which will produce tests for COVID-19.

“It was truly exciting to be part of the solution,” Beroney says. “It makes you feel patriotic to be a part of such a project.”

Other recent projects have included the installation of prefinished wall panels at the Oxford Casino in nearby Oxford, Maine; a 100,000-square-foot roof truss project at the Masonicare Assisted Living Facility in Mystic, Connecticut; and exterior wall panels for hotels in Boston and Medford, Massachusetts.

The most unique project, however, is the Holiday Inn by the Bay located in Portland, Maine. Started in 2017, the $3 million facelift is scheduled for completion by July this year. Working with the architect and builder, Beroney’s team designed and supplied prefinished exterior panels from StoPanel with pre-installed windows and drainage planes, executed over a year as the vision came to life. 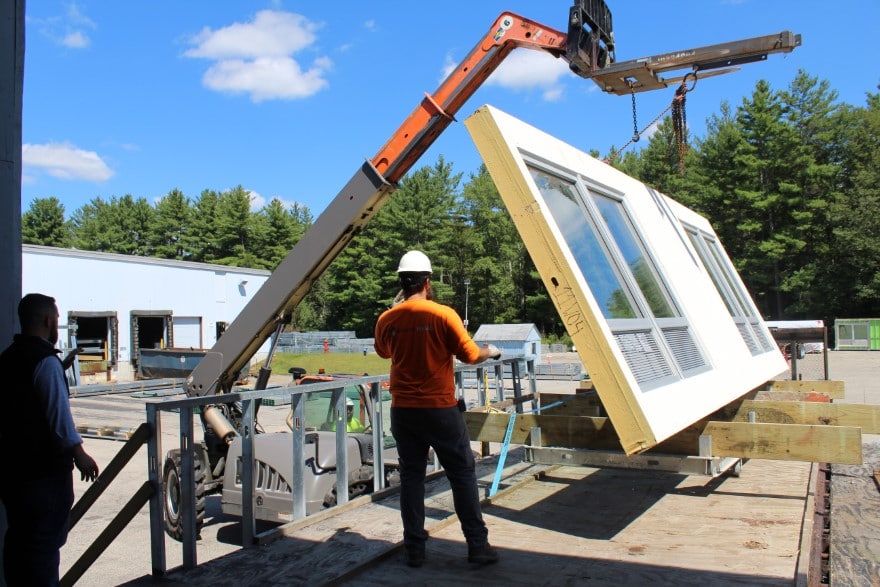 Then, beginning last spring, Atlantic began replacing the existing exterior walls after repairs were made to the underlying concrete structure. The wall panels were lifted with a crane and bolted to the outside of the 11-story building.

“It was a phased project, so during the hotel’s busy season we went away, but came back when things were quiet,” he says.

By prefabricating components such as wall panels, Beroney says the business can control quality. For instance, working in this manner avoids challenging weather and COVID-related delays. It also makes it easy to help and supervise employees.

While prefabrication may cost more up front, property owners can realize savings—in some cases up to $100,000 a month—by not having to keep teams on-site with a foreman and office trailer. Also, with fewer people on the job site, there are fewer incidents and accidents. 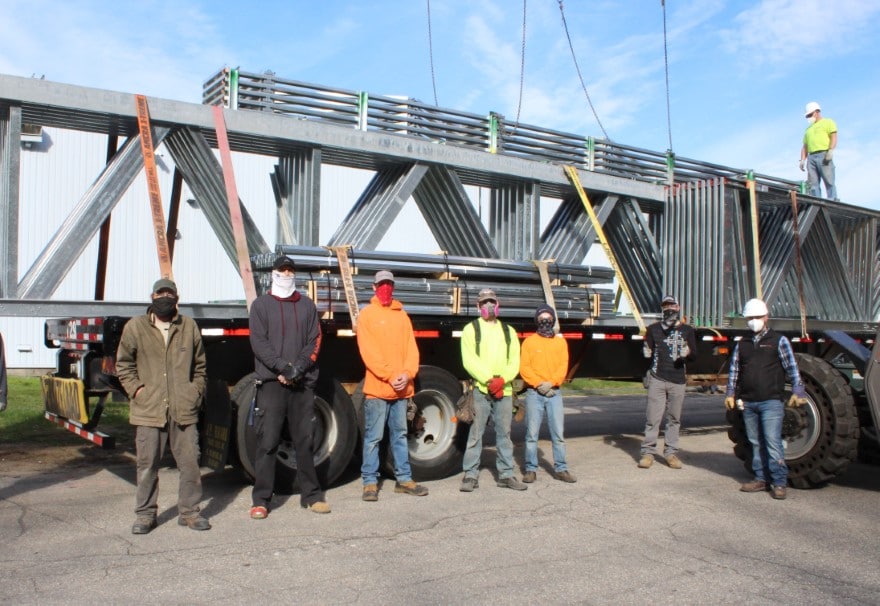 “It’s a faster path for a return on investment,” Beroney says. “You can build faster, and as we know, time is money,” he explains.

It’s a business Beroney knows as well as anyone, having experience in designing structural components of buildings; working with general contractors, architects and structural engineers; and collaborating with metal framing contractors.

“This foundation has given me the knowledge base to help clients improve building performance and efficiency,” he says.

Earning an associate degree in mechanical design at New Hampshire Technical College in 1995, Dubois Engineering Associates soon hired him as an entry level drafter. He then signed on as CAD manager for two years giving him exposure to the “building side of things.” 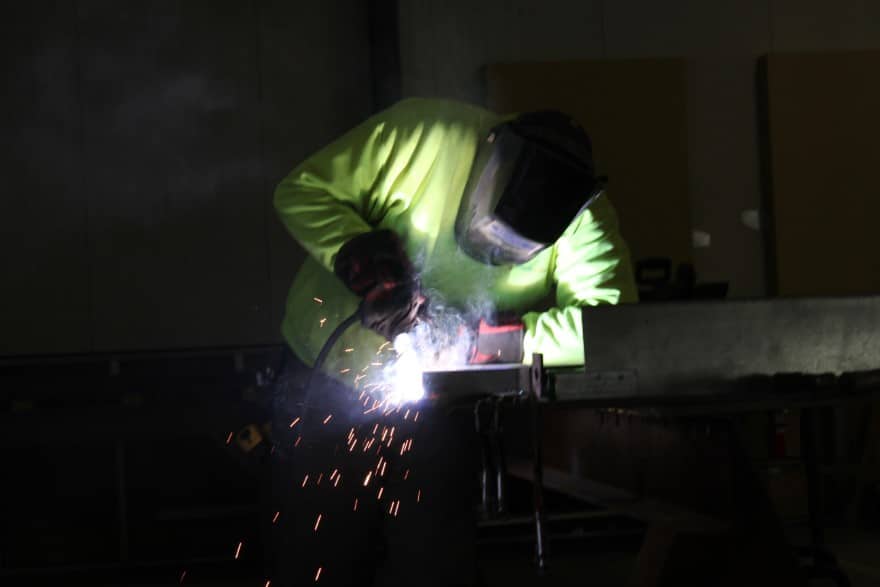 A client he met there—Hexaport International—hired him in 1996 as a manager of technical services to oversee its cold-formed steel framing projects. For 13 years he traveled nationally and internationally overseeing delivery of multimillion-dollar erector-type houses and commercial structures.

Gaining further experience in drywall contracting, he joined Porter Panel & Truss in 2009, working as a senior design manager for almost six years. Later he was an estimator at Metro Walls Inc. and a senior designer at Porter Building Systems, each for a few months in 2014.

When Porter shut down in 2015, he was hired as Atlantic’s general manager and senior designer; and promoted to president in 2019. Now he serves as senior designer, estimator, salesman, mentor and chief problem-solver.

“I love to see jobs come to fruition,” he says. “I take pride in solving the problems each construction project presents and building relationships along the way. It can be kind of stressful, but I kind of like that.” 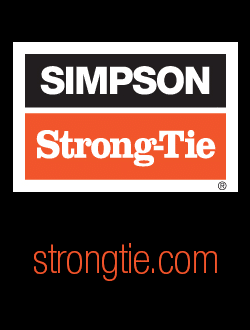