Elevating the standard of care, with soothing settings

It used to be that if you were getting physical therapy for your hip through Hackensack Meridian Palisades Medical Center, you had to fight cross-town traffic, travelling to one of its three locations in the New York-New Jersey metropolitan area.

That logistical nightmare is now a thing of the past, says Director of Facilities Mark Anema. 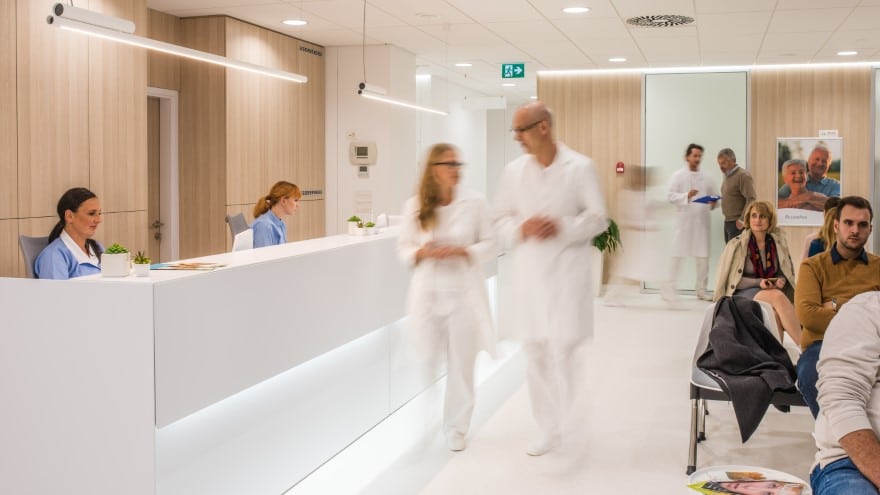 After joining PMC in 2018, Anema spearheaded the completion of a state-of-the-art physical therapy center this past spring. Loaded with the latest equipment—everything from a rock-climbing wall to a “bubble” sensory wall for autistic children—the site consolidates three of the hospital’s former physical therapy locations under one roof.

According to Anema, the project will significantly reduce administrative costs while offering patients glistening views of Manhattan across the East River.

“Physical therapy has changed over the years,” Anema says. “It used to more of an office setting with a few pieces of equipment. Now it requires more of a gym-like atmosphere—and we certainly delivered on that.”

The new physical therapy outpatient clinic located in North Bergen, New Jersey, opened in May. Although modern in feel, Anema says planners chose a design that is more welcoming than a typical hospital space. Walk into the reception area and you’ll find the look and feel of someone’s living room, with comfy couches and decorative wall murals.

An open gym area and spacious treatment rooms—spread across the south side of the building—all have a view of the Manhattan skyline. Meanwhile, the west side of the building, which houses administrative offices, has a commanding view of the George Washington Bridge. Throughout the 7,500-square-foot building there is a preponderance of natural lighting and a color scheme of soothing grays, blues and earth tones. 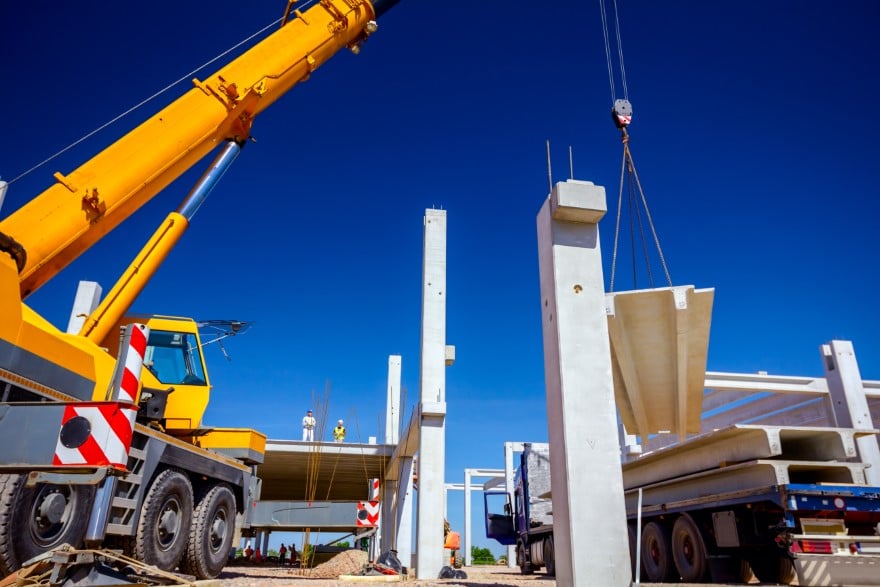 “We wanted to immediately put our clientele at ease,” Anema says. “This is not like a hospital.”

While plans for the facility were drafted 10 years ago, the pending sale of PMC stalled the project. When PMC was finally purchased by Hackensack Meridian five years ago, there was renewed interest in the project. In 2019, Anema and his team finally broke ground—a move that was accelerated by PMC’s need to create more hospital space due to the pandemic.

“With a pandemic going on, it was all the more reason to get us moved into the new location, stat,” he says.

Now complete, the new space offers the same amount of square footage as all three prior locations combined, covering the spectrum of occupational, speech, physical and pediatric therapies. With soft-touch play mats on the floor for stretching and rehabbing injuries, the gym area has “every piece of equipment you can imagine,” Anema says.

Resourceful on the rebound

Transitioning from one space to another is something Anema has done literally—and figuratively—throughout his career in facilities management. After earning a pair of degrees from the New Jersey Institute of technology (a B.S. in mechanical engineering in 1999, followed by a B.S. in engineering management in 2002), Anema spent most of his career in the pharmaceutical field.

After an internship with Bayer HealthCare, he accepted a job there as an engineer in 1997. In 2003, he became a facility manager at Hoffman-LaRoche, a Swiss multinational healthcare company, where he stayed for 11 years. 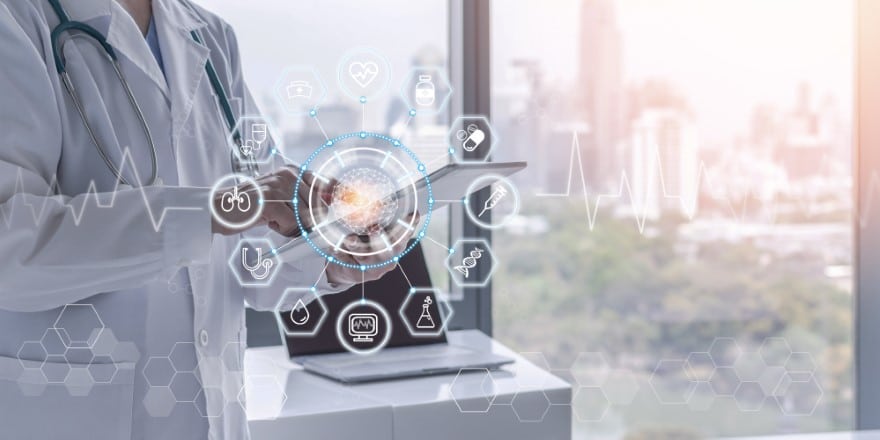 “I’ve been involved in facilities management my whole career, first in a manufacturing and then in a lab environment,” Anema says. “It never gets old.”

When volatility in the industry forced Hoffman-LaRoche to close in 2013, Anema had to look elsewhere for work. Feeling the healthcare field would provide the most seamless transition, he joined BioMed Realty as a facility manager in 2014. Four years later, he joined PMC.

“New Jersey was a hub for pharma, but many closed down, relocated or downsized. I had to look for an opportunity outside of pharmaceuticals and felt healthcare fit best,” he says. “It kept aspects of a lab environment I knew, but added the valuable connection to patient care.”

While Anema found that the facilities at the 200-bed hospital were well-maintained, he could see there was deferred maintenance to address. The roof on the main hospital building needed to be replaced, and the maternity ward needed to be renovated.

More broadly, Anema saw a need for leadership within the facilities department. Assuring the employees their commitment mattered and their jobs were safe, he got to work on the physical therapy project.

Then as now, his role entails handling the hospital’s daily maintenance and operations, along with spearheading construction management for new builds and future projects—like an upcoming $40 million parking lot on the Hudson River that will involve no fewer than 16 regulatory agencies. 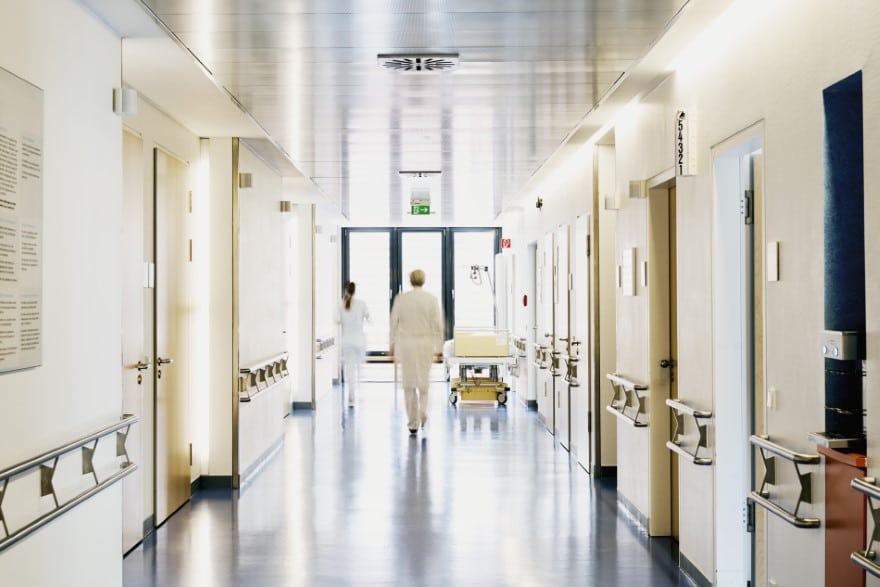 Adjusting to the healthcare industry has been challenging but also a journey filled with supportive people, he says.

“Facilities management between the two industries is not dissimilar,” he says. “You work toward the same standards, but often encounter different regulations. In pharma you have the FDA; with hospitals you have joint commissions.”

On the job now for more than three years, he says his strength lies with interpreting regulations. He also takes pride in making the department more organized, developing an initiative to have PMC’s building plans and drawings archived electronically, and implementing a new work order system.

“I haven’t mastered every aspect of every trade involved in this line of work, but by being inquisitive by nature, I seek to learn a little about a lot,” Anema says. “My goal has always been to leave each place better than I found it.” 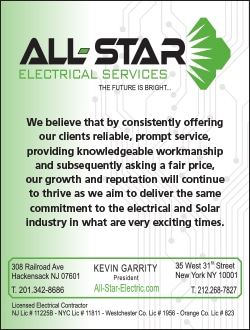 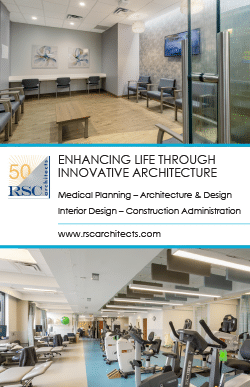