She means business, with flexibility

It may not be the most original line, but it seems to stand the test of time.

“Just when you think you’ve seen it all, you are reminded that you have not,” remarks Maria O’Callaghan-Cassidy, who’s seen a lot in her 23 years in the facilities and operations end of The Wharton School at the University of Pennsylvania.

Her last nine years spent as senior director of operations of the world’s oldest collegiate school of business, however, has given O’Callaghan-Cassidy a bird’s-eye view of its need for the most modern facilities. 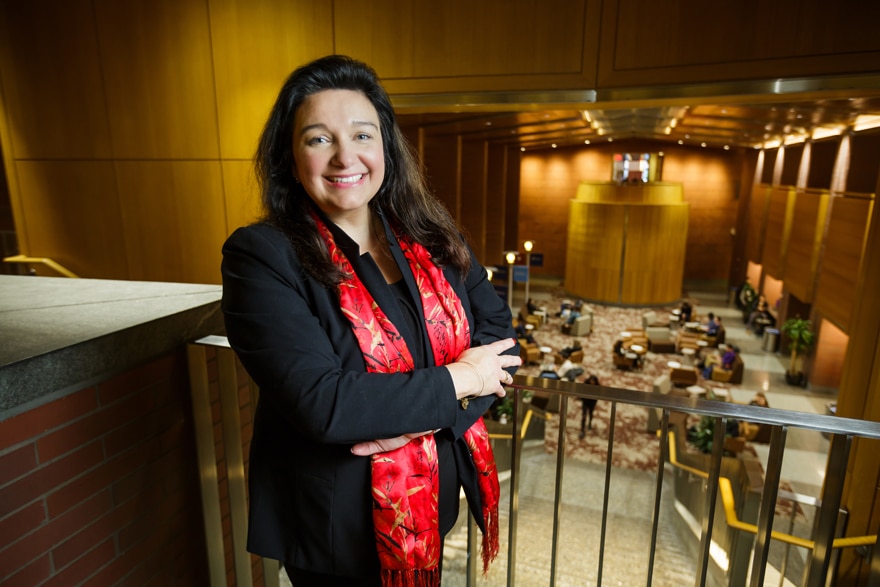 Education is an evolving endeavor. Therefore schools like Wharton must build or renovate to meet the demands of changing dynamics.

“Flexibility is key,” the personable and very energetic O’Callaghan-Cassidy emphasizes from her Philadelphia office where she oversees a staff of 16. “You might not have the budget today, but you can build in a way that gives you maximum flexibility for the future.”

No business as usual

While The Wharton School is one of the most prestigious of its kind, O’Callaghan-Cassidy points out that modern business isn’t just about a company selling its wares or services; it’s also about collaboration, and the two buildings now under construction on campus will support that purpose when the next academic year gets underway. 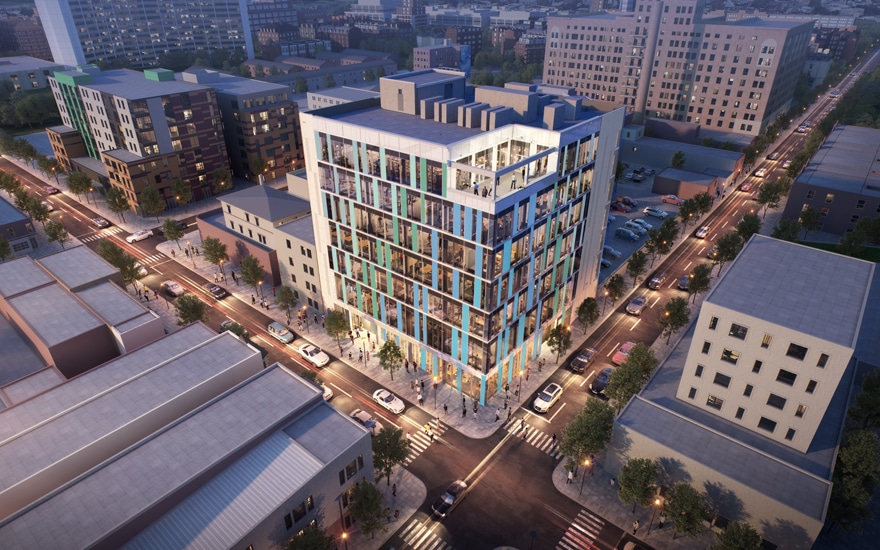 Seeded by a $25 million gift from the AKO Foundation on the recommendation of 1992 Wharton graduate Nicolai Tangen, founder of the London-based investment partnership AKO Capital, and his wife Katja, the $43 million Tangen Hall is opening in increments, several hundred people moving in at a time. Seven stories high and nearly 70,000 square feet in size, the so-called “toolbox for the university” represents the first campus facility dedicated to that most necessary of economic stimulators: innovation.

The result of a team effort, Tangen Hall comprises a collaboration of three Penn institutions: The Wharton School, the School of Engineering and Applied Sciences, and the School of Design.

The facilities will include dozens of meeting and collaboration spaces for students and faculty. “A hybrid model,” O’Callaghan-Cassidy calls it, explaining that such an environment resembles the modern workplace more than any standard classroom. There will be storefront retail space for student ventures, a test kitchen for food-centric startups, a virtual reality cave, spaces for socializing, and a Maker Lab with the latest in 3D printers and laser cutters.

Playing a key role in the buildings’ development is O’Callaghan-Cassidy who has enlisted several renowned organizations, including KSS Architects, a full-service architecture, planning and interior design firm with many major clients in the mid-Atlantic and Eastern Seaboard. KSS assisted her in previous projects and believes a simple, utilitarian framework and infrastructure will ensure Tangen Hall’s programmatic evolution and flexibility, with systems fed from the top down and benefits including the ability to modify space in response to changing needs.

“Not many architects know about test kitchens,” O’Callaghan-Cassidy says. “They (KSS) have been an amazing partner of ours, one that’s worked alongside us for years. They give advice, listen to feedback and adapt to meet our needs.” 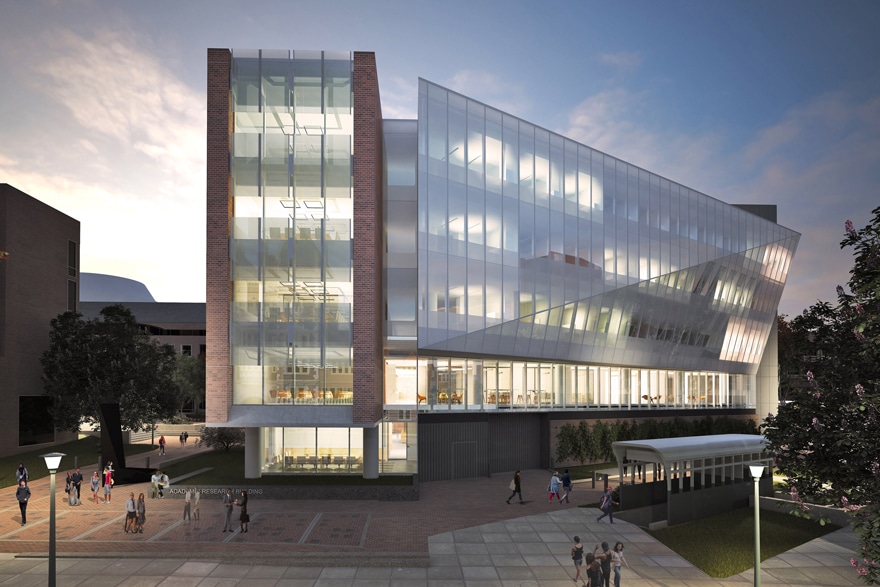 Also scheduled for completion around the same time as Tangen Hall is the $88 million Wharton Academic Research Building at Spruce and 37th streets. A five-story, triangular structure of over 80,000 square feet, the building will include flat-floor classrooms, group study rooms, research centers and shared conference rooms.

The highest of bars

In addition to these endeavors, there’s always the regular maintenance and upgrades of existing Wharton buildings that are just as much O’Callaghan-Cassidy’s responsibilities. It’s not much different from being in charge of a city’s facilities, she says, since the campus buildings support a large clientele and are subject to the most critical review.

And the standards are indeed high at The Wharton School, established in 1881 by entrepreneur, industrialist and philanthropist Joseph Wharton, co-founder of Bethlehem Steel and the driving force behind numerous endeavors. The Wharton School has graduated a who’s who of leaders and luminaries, and the responsibility of being its operations director might be daunting to some folks, though O’Callaghan-Cassidy seems comfortable in the role.

She’s certainly learned the ropes, having come aboard in January 1997 as manager of scheduling and facilities services and, a couple of promotions later, ascending to her current role in May 2011. 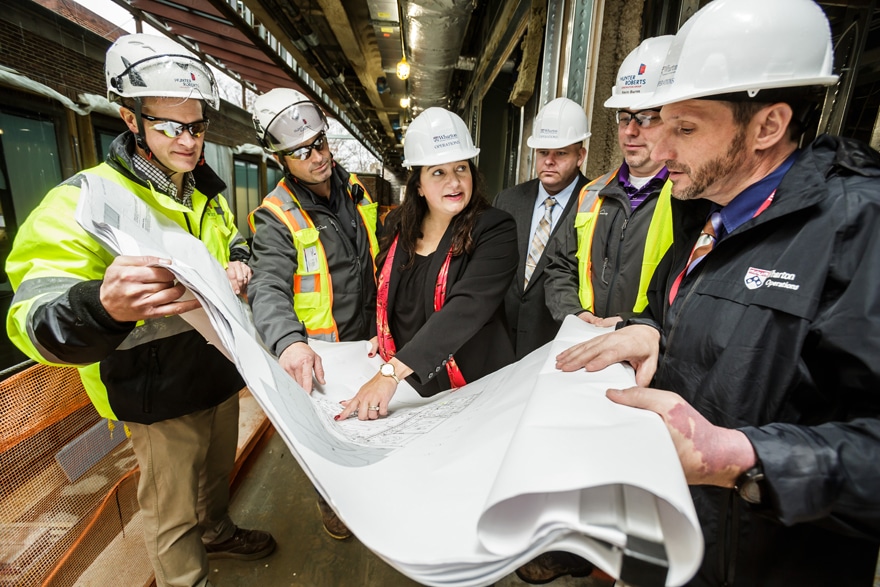 It was somewhat of a rarity, O’Callaghan-Cassidy says, a woman working in such an environment 20 years ago, but she and others having proved their worth, the door is open to both genders. Just be advised to be able to take charge, communicate, wear multiple hats and not isolate oneself in a bubble.

Brought in during a period of transition, she’s since administered 500-plus projects at Wharton, with a combined value over $600 million, with duties extending into managing facilities in Philadelphia as well as in Washington, D.C., San Francisco and Beijing, China.

Her professional awards include the Penn 2016 Models of Excellence and the John J. Cook Emergency Preparedness Award for emergency preparedness. O’Callaghan-Cassidy is on the board of directors of numerous professional associations, including Women in Facilities Management and the Building Owners and Management Association of Philadelphia.

A married mother of a 10-year-old son, O’Callaghan-Cassidy holds a Master of Science in organizational dynamics from Penn and an undergraduate degree from Rowan University. 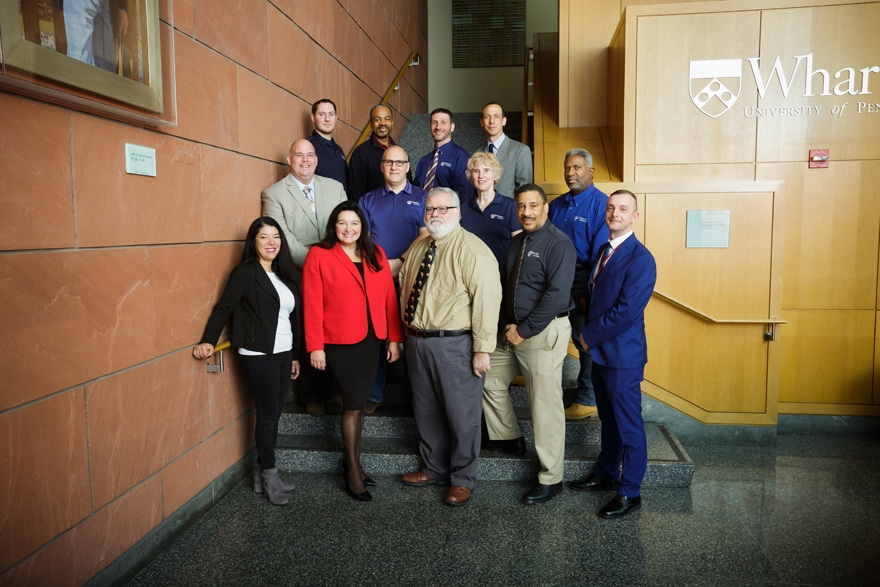 Flexible from the outset, she’s worked in retail, gaming, distribution and manufacturing prior to higher education, serving clients as diverse as NASA to Bob’s Christmas World. Wharton, of course, puts a premium on her flexibility. That and always striving to be better.

“When you’re in construction and project management, you’re working for something greater than yourself,” she says. “You put deposits in the goodwill bank on an ongoing basis by listening to your clients so that you can manage what you can control and have the time to address the matters out of your control.”

With Tangen Hall and the Wharton Academic Research Building progressing on time and budget, it seems O’Callaghan-Cassidy’s is managing quite well. 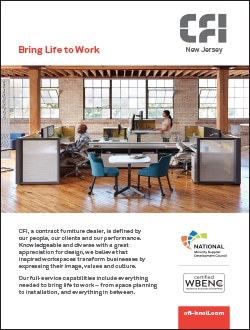 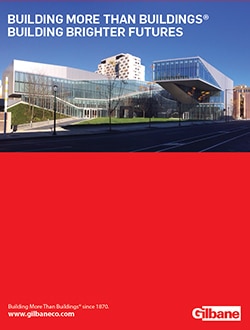 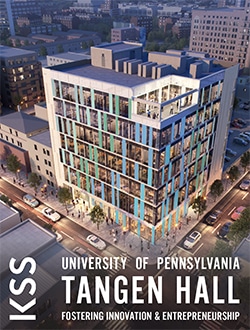 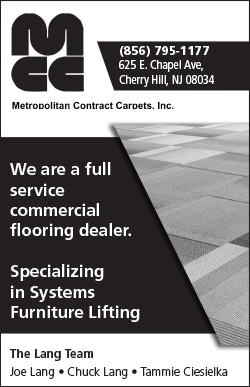 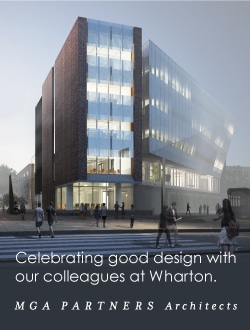 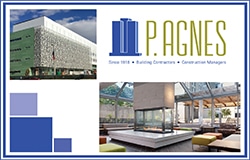