Auto sales director of facilities steers into the future

They told him when he started he wouldn’t be asked to work at the auto dealerships.

No, Marc Rienow was hired specifically to care for the Gengras family’s 40-acre estate in central Connecticut; he’d not be setting foot on Motor Cars lots or inside showrooms. That didn’t last long—within three months after his 1993 hiring, Rienow was working on a carpentry project at a dealership. 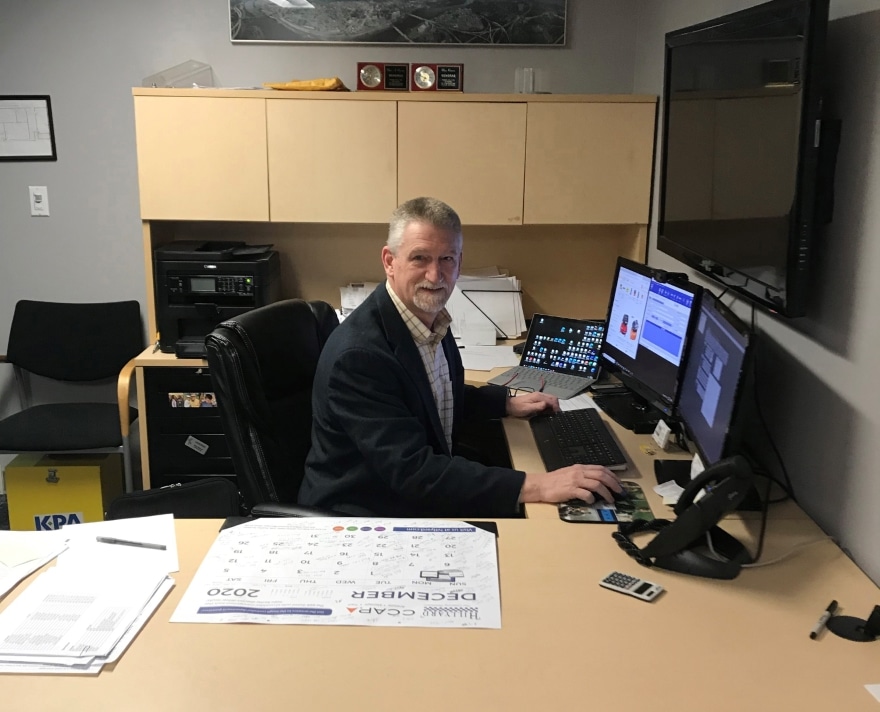 It’s a stretch to call the rest automotive history but suffice it to say his career was steered from the family’s grounds into their showrooms, as Gengras Motor Cars expanded through Connecticut, Massachusetts and Vermont.

Each year, it seems, the auto industry faces new challenges and demands affecting the design for new stores or redesign of existing spaces, especially in servicing. Rienow, the director of facilities, says his approach remains constant.

“I work hard. I’m honest and straightforward with everyone,” he says. “People know where they stand with me, and I think that has proven to be my success.”

Almost 85 years ago, in 1937, E. Clayton Gengras decided to parlay his success selling Fords into running his own dealership. In 1969, he sold Clayton Motors to his son, E. Clayton “Skip” Gengras Jr. whose sons, E. Clayton “Chip” Gengras III and Jonathan Gengras, grew up in the business. After spending summers working in the service and parts departments, Chip is now president of Gengras Motor Cars while Jonathan is the chief financial officer.

While he says there’s always something happening at one or another Gengras Motor Cars store, in 2020 he managed construction of a new $11 million Honda store in White River Junction, Vermont, along with a new $5.5 million Volvo store in East Hartford, Connecticut.

This year started with a $350,000 remodel of the Chrysler, Dodge and Jeep dealership in East Hartford to better accommodate Jeep products.

To get those jobs done, Rienow’s partnering with Fortunato Construction of Kensington, Connecticut, the company that’s done all projects for Gengras Motor Cars in Connecticut for more than 15 years.

“Having a relationship with a company that aligns with our core values, knows us and how a dealership operates, makes the planning and construction of a project go very smoothly,” Rienow notes.

Lindsay Fortunato adds that collaboration, trust and forward thinking have been essential to the working relationship. 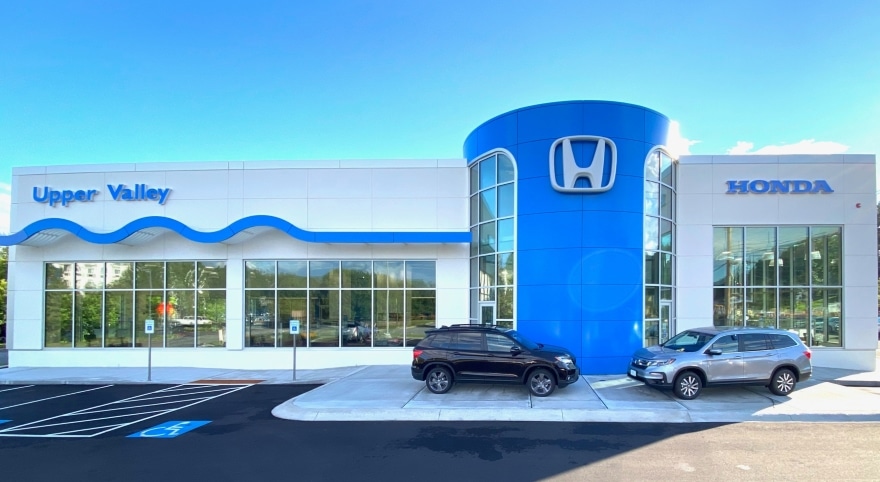 “The design, development and construction of new auto dealerships has evolved significantly in the last decade. Between modernizing brand standards and positioning facilities to plan ahead for tech advancements, we’ve enjoyed the exciting and ever-changing dynamic in the industry,” Fortunato says.

Car buying has changed a great deal in the internet age. Inventory can be viewed online, trade-in values and payments can be estimated, and buyers can sign, seal and complete a deal that includes home delivery by a sales associate.

In showrooms, Rienow says open spaces with tables are replacing cubicles, and associates often work with tablets as deals are made. Customers likely know what they had in mind when they stepped onto the lot, they’ll likely know exactly which vehicle and accessories package they want, as well as what the dealer paid the manufacturer and which rebates and incentives apply.

With little left to dicker about, the intent is to make the experience more pleasant, he explains. In 2020, that experience also had to be made safer. To cope with COVID-19, Rienow installed plexiglass shields and sneeze guards and kept stores supplied with cleaners and personal protective equipment. When possible, sales associates also worked outside for a time, he says.

As much as technology has changed car buying, the area where it really affects Rienow’s work is in service.

There’s a whole lotta tech under the hood now, and in addition to being challenging to repair or maintain, today’s vehicles require service bays to be longer, wider and much more sophisticated. The newest Volvo store, for instance, is equipped with diagnostic equipment at the bay entrance that scans just about everything but a driver’s fingerprints on the steering wheel.

When a customer drives into the service lane they pass over the diagnostic unit that checks whether the Volvo’s wheels are in alignment, the depth of its tire treads, the conditions of its rims, whether there are leaks or rust on the undercarriage and whether it may need body work.

Though sales of electric vehicles now register barely a spark in the market—USAFacts reports 327,000 were sold in 2019, making up 2 percent of all new light-duty vehicle sales that year—Rienow says he needs to make room in service areas specifically for EVs. A lot more space, actually, because service areas for EVs require a 10-foot buffer on either side of the vehicle as well as the new tools dealers need to buy to maintain and service them. 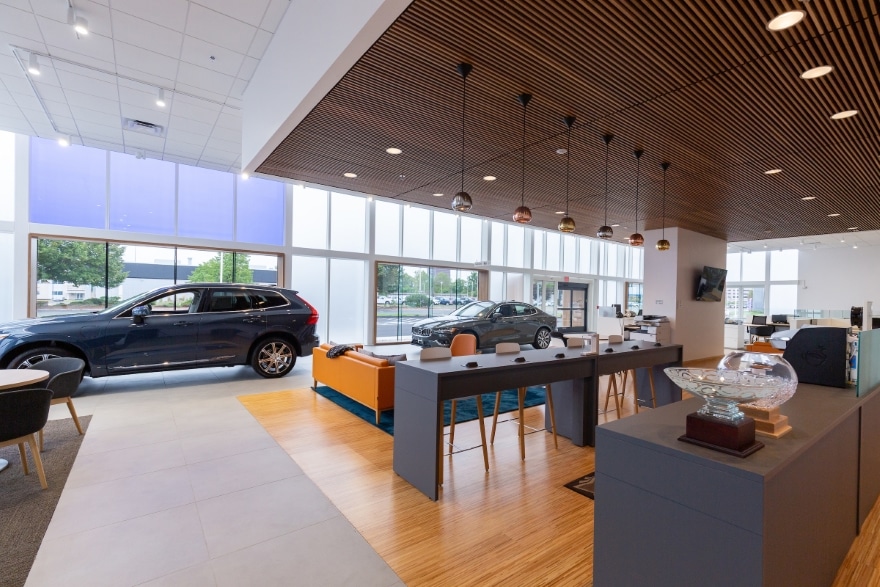 Another challenge comes from the EV fast-charging stations manufacturers are requiring dealers to install. Unless the building is new and stations are planned for it, the power coming into the building will need to be upgraded at great expense, he explains.

In some areas, at least, technology is simplifying Rienow’s job. In a partnership with Save Energy Systems of Westborough, Massachusetts, demand limiting controller systems were installed in two existing facilities. Results met or exceeded expectations, so the systems were included in the next two facilities built by Gengras, giving Rienow the ability to control HVAC systems, reduce energy consumption and have a meaningful impact on the company’s carbon footprint.

“Working with Save Energy Systems, I can see past performance and do basic diagnostics at any time without leaving my office,” he says. “With the addition of air conditioning to our shops, having the demand limiting controller system in place has definitely helped us save in energy costs.”

Though he’s been with Gengras Motor Cars for more than 27 years, Rienow had not anticipated a career indoors as he began landscaping in high school and earned a degree in turf management from the University of Massachusetts.

The landscape design and construction business he established in Connecticut was really taking root—he had 15 employees and 150 accounts before a recession hit in the late 1980s and early 1990s.

“When the economy tanked, I went with it,” he recalls.

When a friend tipped him off about an opening for facilities management at a church, Rienow got the job. However, he says he missed the outdoors and was interested in becoming a caretaker for an estate, when he answered a blind ad placed by Skip Gengras Jr. 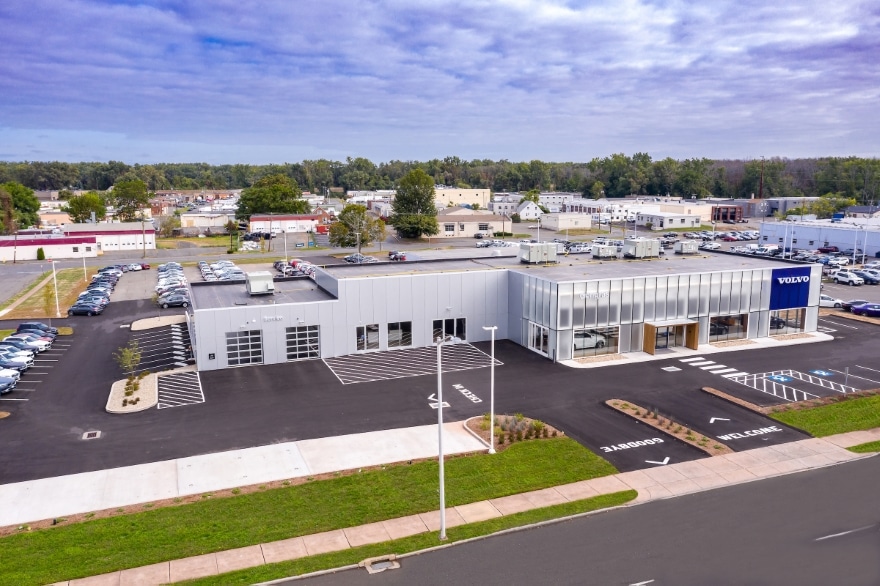 Rienow now oversees a team of four who assist him in managing the company’s 350,000 square feet of commercial buildings as the dynamics and demands in the automotive industry continue to change.

“I love that every day is something different, there’s always something that comes up to challenge my daily plans,” Rienow says. “I also love the construction, the design planning and seeing it all come together.”

And the Gengras estate? Rienow still lives there. And though he now has staff to assist in its care, he can still be found in the gardens or on a tractor enjoying the outdoors. 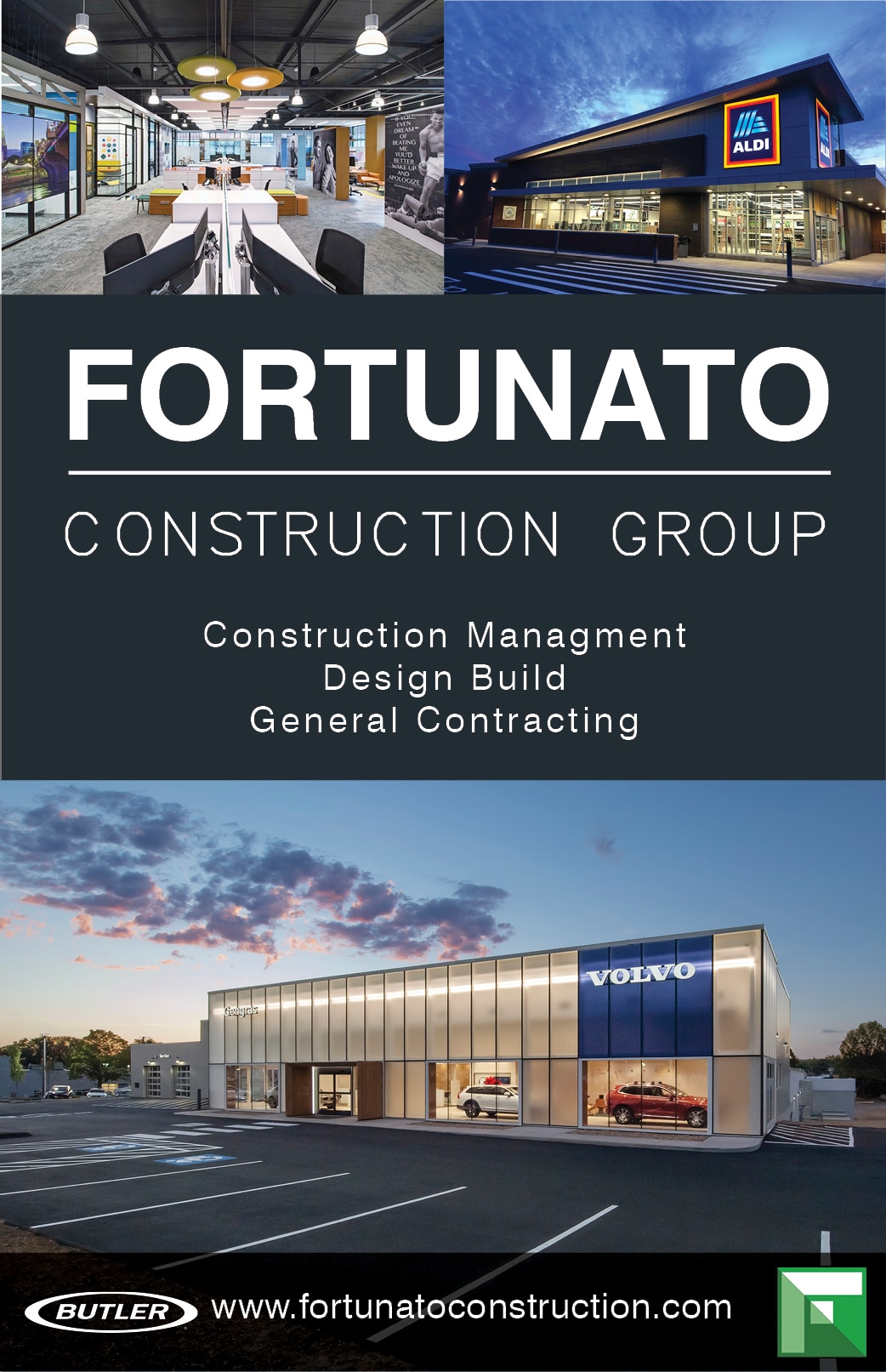 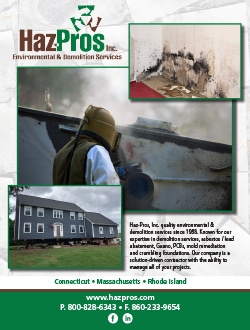 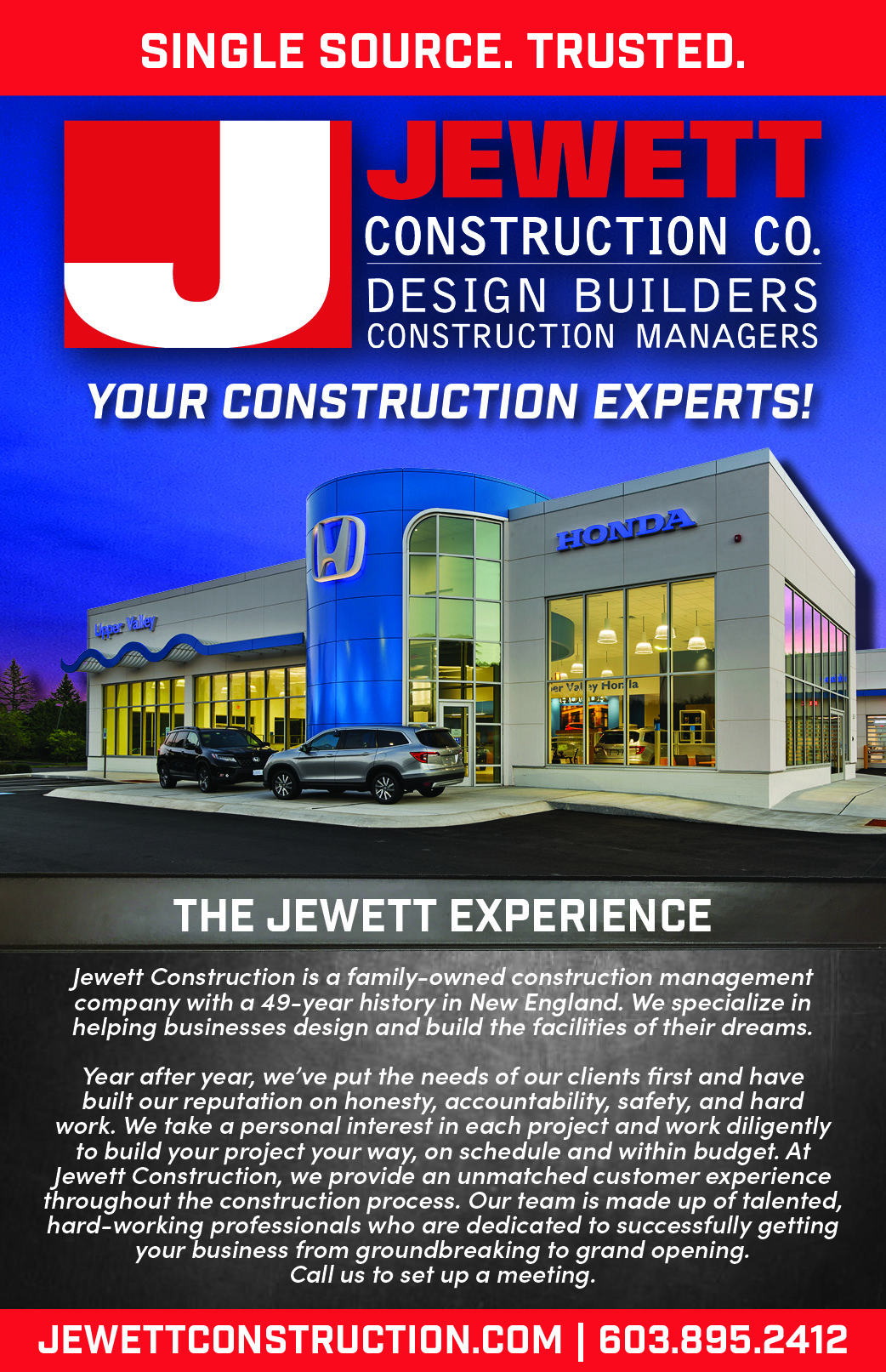 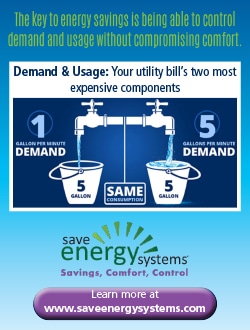