Identifying smoke so there’s no fire

Marc Caristi says he had the best role model and mentor for a career at an alarm company: his father, Joe.

Growing up around the family business—Boston-based Prestige Alarm & Service—the younger Caristi was inspired his father’s commitment to installing and maintaining fire alarm and sprinkler systems for more than 25 years. 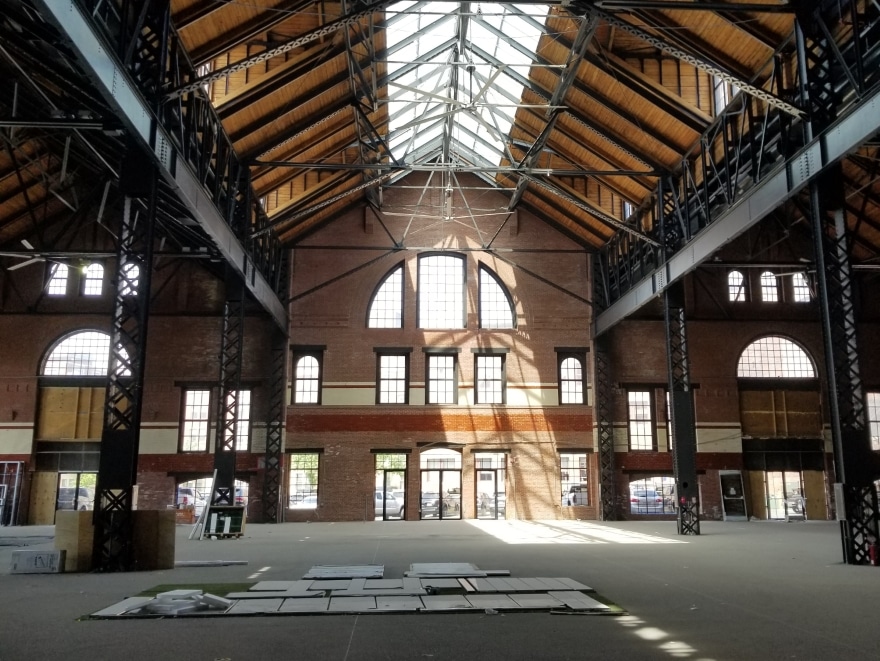 In fact, seeing this inspired Marc to enter the profession, first as a systems technician, which led to him earning his engineering degree from Wentworth Institute of Technology in 2016.

“The most rewarding aspect of the job, other than working alongside my family, is identifying complex problems and finding real-world solutions to them,” Caristi says. “There’s nothing better than having happy customers at the end of the day, and we’ve served thousands of them throughout the region.”

Despite Prestige’s success, by 2019 Prestige sought to establish another branch of the company to focus on smoke control and sprinkler systems. To make it happen, Prestige partnered with Mass Code Compliance.

“We saw what clients were asking for and realized adding sprinkler services would be beneficial to everybody. Now we have everything under one roof,” Caristi says. “Our operations dovetailed together nicely.”

Now, the company can take a more in-depth look at a building’s existing smoke-control and sprinkler systems, inspecting and testing each to ensure compliance with Massachusetts codes and standards and local ordinances, Caristi says. 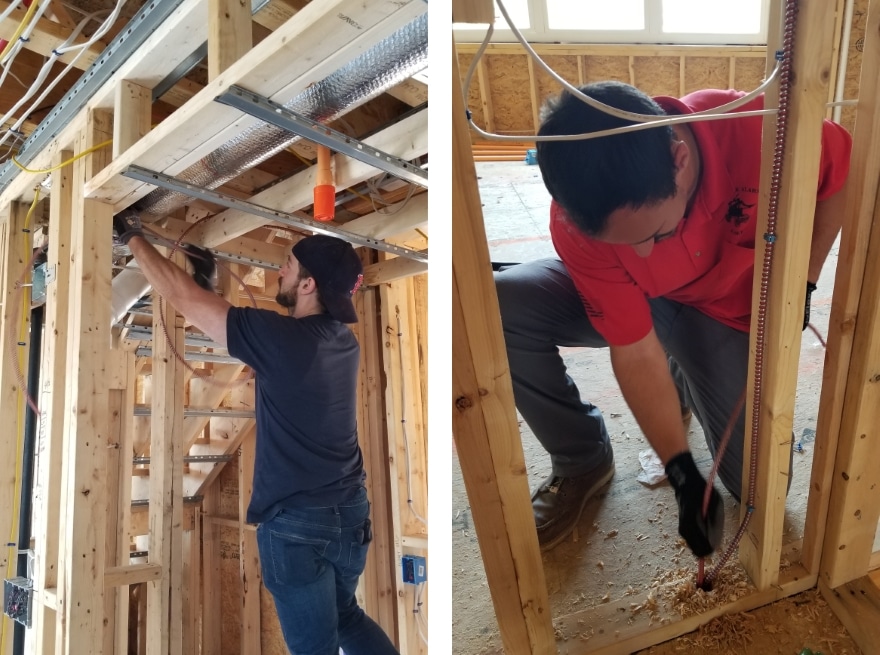 In the past, companies would often overlook things like inspection reports and fire-safety requirements, he explains. Often they were not being requested by the applicable Authorities Having Jurisdiction, but were required, nonetheless.

Caristi says this often resulted in a “fire drill” of sorts when the time came to present the test and inspection reports to the municipalities seeking them. Now he’s added qualified technicians to handle the full scope of alarm and smoke control services—whether to detect smoke or fire.

“Nobody was paying attention to these systems before—and of course there are issues that need to be identified and problem areas resolved,” he says. “This is a move that makes life easier for our clients by offering them a single point of contact for all of their life safety systems.”

Over time, Prestige built a portfolio of clients ranging from housing to office parks, Caristi says. And while the company had plenty of opportunities to grow, Caristi says it didn’t want to bite off more than it could chew.

“The risk you run by taking on more work than you can handle at the time is that the quality of work will suffer—and we were never willing to make that sacrifice,” he says. 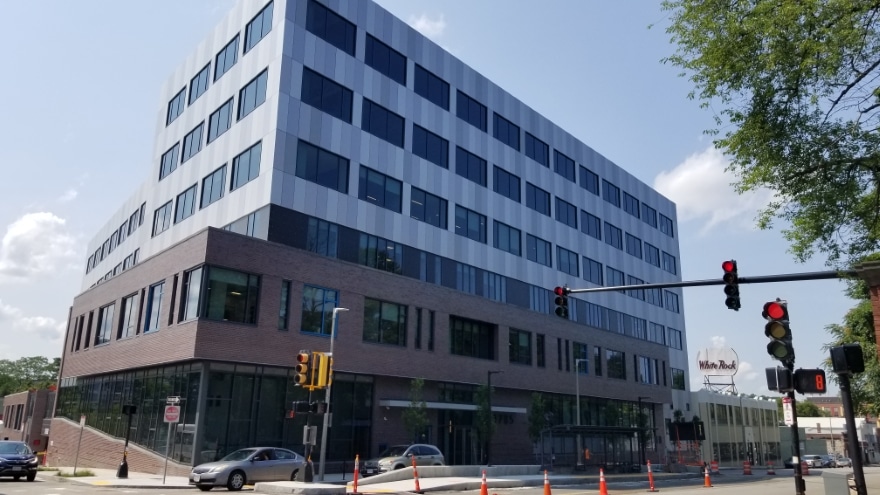 A major client is Watermark Development Inc., which owns buildings in Boston and has required more support from Prestige as its portfolio has grown. When Watermark built a new high-rise tower on Columbus Avenue, on the border of Roxbury and Jamaica Plain, for instance, it called on Caristi and his team to maintain the account. Today, Prestige regularly conducts service testing and maintenance of the eight-story building.

“We’ve had a long-standing relationship with Watermark for the past 15 years,” Caristi says. “Our company’s character is based on doing what we believe in and knowing what we can handle. That has served us well.”

With the company deemed an essential business, there was no slowing down for Prestige during the pandemic, Caristi says. It was out straight testing life safety systems—which gained even more prominence during the public health crisis.

His father called it right years ago, he adds—there will always be a need to install, test and maintain life safety systems—particularly in urban areas. 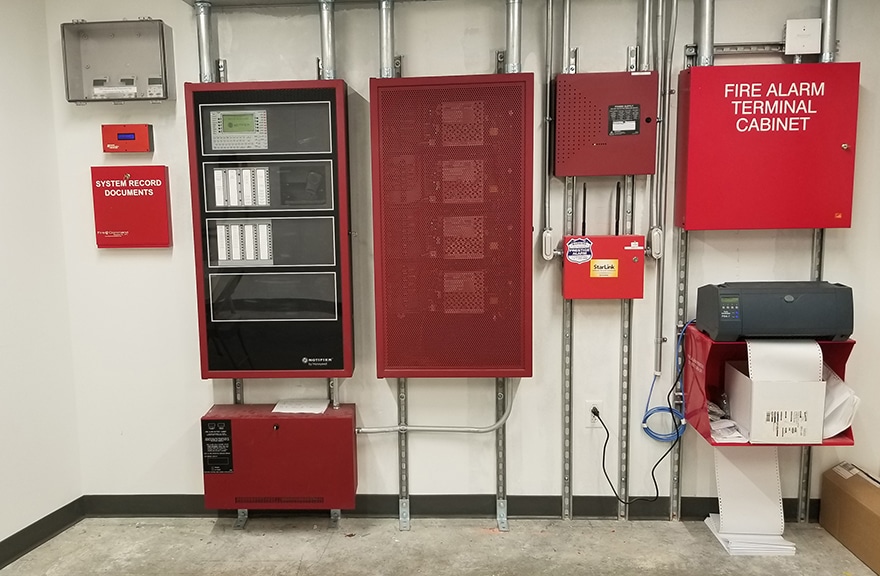 As Prestige’s senior project engineer, Caristi remained busy during the pandemic preparing projects and scheduling the work for fire alarm technicians and sprinkler fitters. If Prestige personnel identified a project outside of the company’s scope—such as one requiring sheet metal or duct work—Prestige offered its clients a list of vetted contractors available to help.

The past 10 years, Caristi has made a point of researching the latest developments, such as wireless detection systems, emergency responder communications systems, two-hour fire-rated cabling systems, and aspirating smoke detection systems. He also made industry connections at conventions and seminars.

“There’s a wealth of knowledge available out there,” he says, “People don’t capitalize on free information that highlights the most significant trends in industry.”

Looking ahead, Caristi says Prestige is ready to grow again, and he’s seeking a project manager to help.

“The next move we make is one we’ll do right,” Caristi says. “Afterall, it’s our family reputation at stake and we take great pride in doing the job well.”