In 1859, amidst acres of 400-year-old trees in what is now the Glen Helen Nature Preserve in Yellow Springs, Ohio, Antioch College’s first president, Horace Mann, addressed the graduating class with these infamous words: “Be ashamed to die until you have won some victory for humanity.”

Not unsurprisingly, this expectation has bred a campus culture steeped in social activism and freethinking. So when the college lost accreditation in 2008—the result of low enrollment—and was forced to shut its doors, the progressive institution was determined to make a unique comeback. In 2011, Antioch College’s new president, Mark Roosevelt, hired MacLachlan Cornelius & Filoni Inc. (MCF) to not only master plan the college, but help the institution reach its goal of becoming a carbon neutral campus. 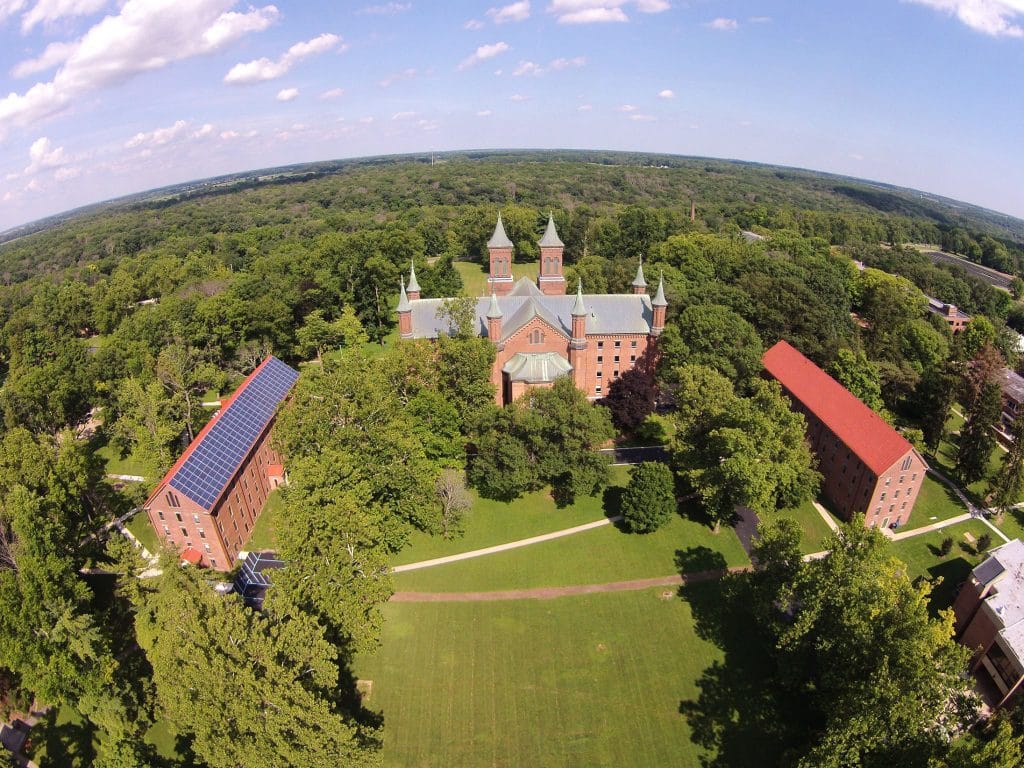 While the Pittsburgh, Pennsylvania-based architecture firm specializes in master planning and has designed sustainable buildings for many colleges and universities in the past, Principal Alan Hohlfelder says the 128-year-old firm knew Antioch’s proposal was special.

“Antioch has a long history in the area, so it was important to maintain their legacy, but there was also the fact that they are doing it in this sustainable fashion and really acting as an example of how to live sustainably in the future,” he says. “That combination was really exciting to us.”

The students are coming

MCF’s master plan involved major renovations to multiple historic buildings on campus, installation of alternative energy systems, including a five-acre solar array, and providing Antioch College with the infrastructure it needed to reopen, and expand in the future.

But as MCF brainstormed long-term solutions, the firm was also in a time crunch. New students would be arriving for the 2012-2013 academic year, and the college had to decide which residence halls would be renovated to house the incoming class.

“Because the school had been closed for multiple years, and had shut down their old central mechanical plant, many buildings had sat empty and unheated. Some of them had mold growing in them,” Hohlfelder says.

To start with, Antioch College chose North Hall, a 5-story brick structure built in 1853 with “good bones,” according to Hohlfelder. 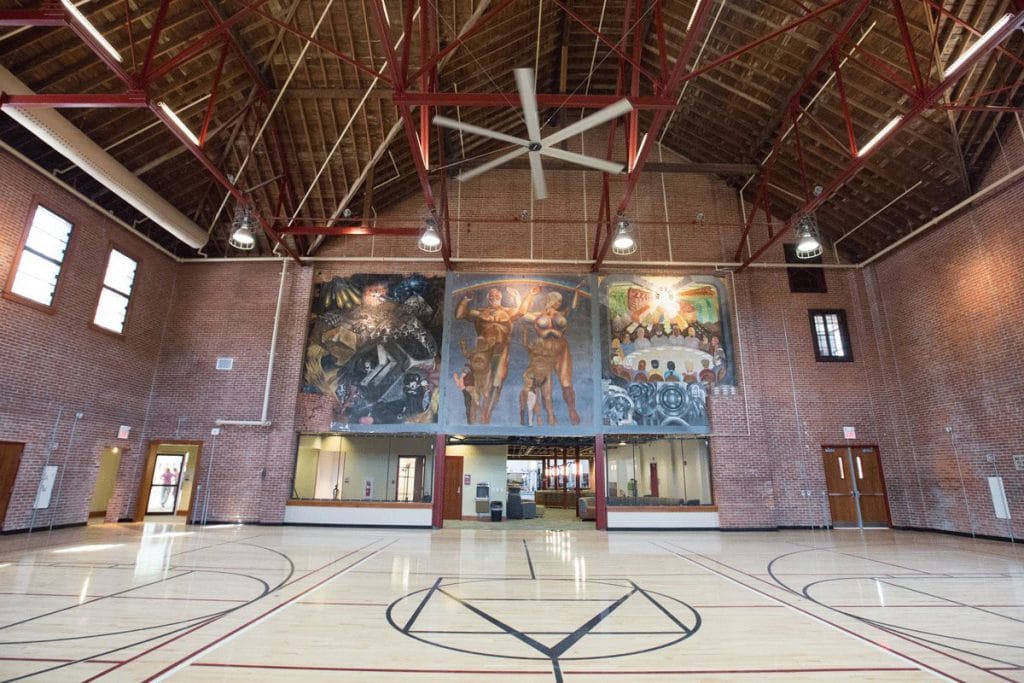 For the renovation, MCF designed updated living spaces and bathrooms and improved the building’s envelope, insulation and roof to upgrade its energy performance. The firm also reduced building loads in the dorms by having new students agree not to bring their own refrigerators and microwaves. To further reduce the carbon footprint and improve the building’s efficiency, MCF designed a geothermal heating and cooling system and incorporated a solar array on the south-facing roof. The net result was a high performance building in a Civil War era shell.

“The dining operation has always been based on simple, healthy, locally grown food choices,” Hohlfelder says. Students choose between a vegetarian and non-vegetarian option, often there is fruit for dessert and the salad bar is stocked with vegetables grown on the campus’ nearby farm.

“Antioch is trying to use their campus as an exemplar for their students so they can take those lessons learned into the real world to deal with issues on a global scales.”

When construction finished in September 2012, North Hall achieved a LEED Gold certification. At the time, it was one of the oldest buildings in the U.S. to achieve that particular ranking.

After North Hall was completed, MCF helped determine which of Antioch’s other buildings were worth the expense and time to renovate.

“A lot of small colleges tend to overbuild and have more square footage than students actually need,” Hohlfelder says.

After careful review, one of the first projects was to transform the college’s deteriorated Curl Gymnasium into a modern Wellness Center, complete with a fitness room, six-lane swimming pool and group studio spaces, which offered classes for both students and residents of Yellow Springs. Hohlfelder says it was very important to MCF to save architectural and design elements of the 1920s building, such as the high-vaulted ceilings, exposed trusses and a 1938 Gilbert Wilson mural, an abstract tryptic expressing themes of gender equality and the evils of fascism in Europe.

Construction finished in September 2014, and that building also achieved a LEED Gold certification.

During the master planning, MCF and Antioch College also choose to renovate the college’s science building, transforming it into the campus’ new Arts and Science Building, which is on track to achieve LEED Silver certification. The firm also renovated the performance art theatre, Foundry Theatre. 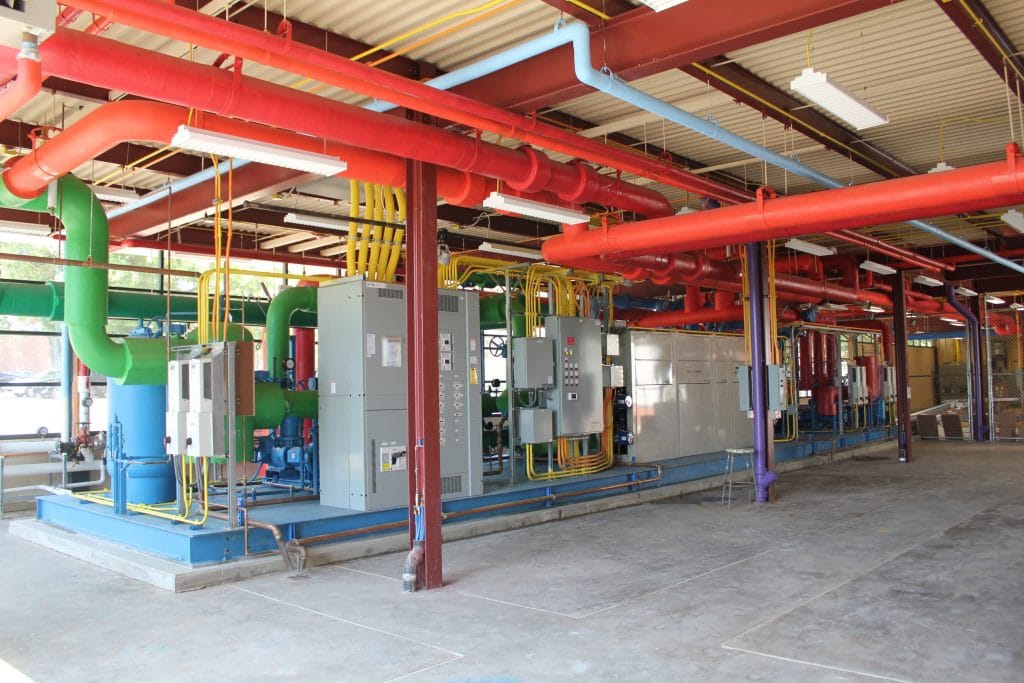 To help Antioch College achieve its goal of carbon neutrality, the college and MCF agreed to heat and cool these newly renovated buildings with a campus-wide geothermal system. This involved taking one of Antioch College’s old engineering buildings and turning it into a central geothermal plant and drilling geothermal wells as part of the development of the south campus.

While MCF has designed geothermal systems for individual buildings at universities and colleges before, this was the first one that supplied energy to multiple buildings. “So it may not be the largest out there, but we designed it with the capacity to double or triple in size,” Hohlfelder says.

All of Antioch College’s sustainable initiatives were planned with this expansion in mind—currently the student body is a fraction of what it was before the college reorganized—and represent the institution’s hopes for a sustainable future.

“Antioch is trying to use their campus as an exemplar for their students so they can take those lessons learned into the real world to deal with issues on a global scale,” Hohlfelder says. “It’s very exciting to look at this from a fresh start and see how you can make a difference, and to work with a group of students, faculty and administrators who are all on board to make this happen.” 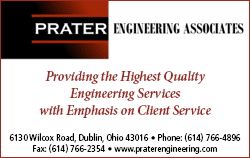