People tend to associate colors with feelings. For example, red often relates to anger or love, yellow to happiness and blue to serenity. The psychological effect of colors can go even deeper, to the point of subconsciously changing one’s attitudes and mindsets.

Fascinated by these findings, Louise Lamb is using colors to enhance the employee experience at Coupa, where she works as the senior director of real estate and workplace operations. Specifically, she’s redesigning offices using Coupa Colors, an initiative started by the company’s CEO. 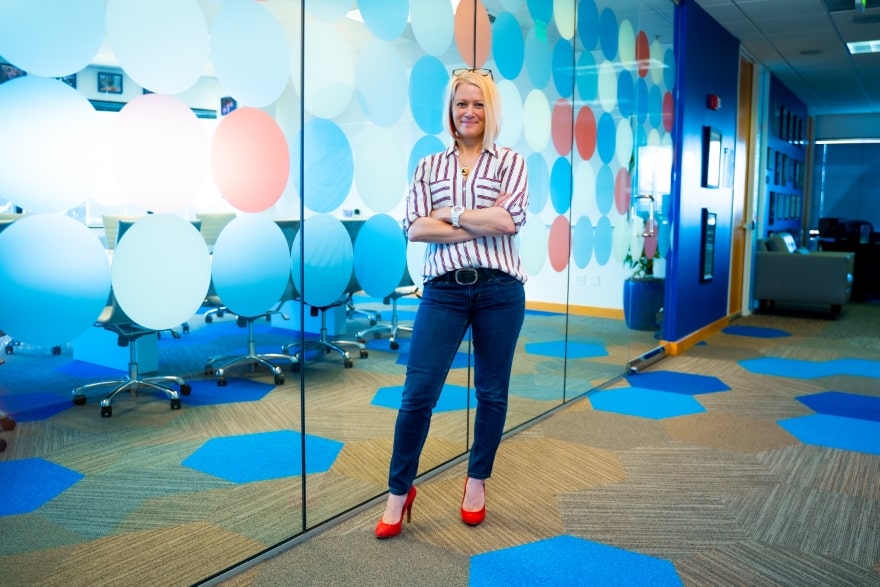 “We’re using Coupa Colors to design areas that help lead you to a particular communication style to get to the end result quicker,”  she says.

For example, Lamb says a red room, which may spur a results-driven environment, can help teams develop a product road map. A blue room could encourage analytical and logical questions, like which metrics should be tracked to determine a program’s success.

Conference and meeting rooms will be decorated with accent pieces of one color, with teams working in the space best suited to what they’re trying to achieve.

“Coupa Colors are about flexing your communication style and getting in touch with different sides of yourself, even if it’s not your dominant style,” Lamb says.

She got the idea to incorporate Coupa Colors into the workplace last year after talking with executives about their work styles and preferences. Rather than having “focus on results” or “strive for excellence” written on the walls, she says the team decided to take a more visual approach—establishing the colors as a vital piece of Coupa’s culture. 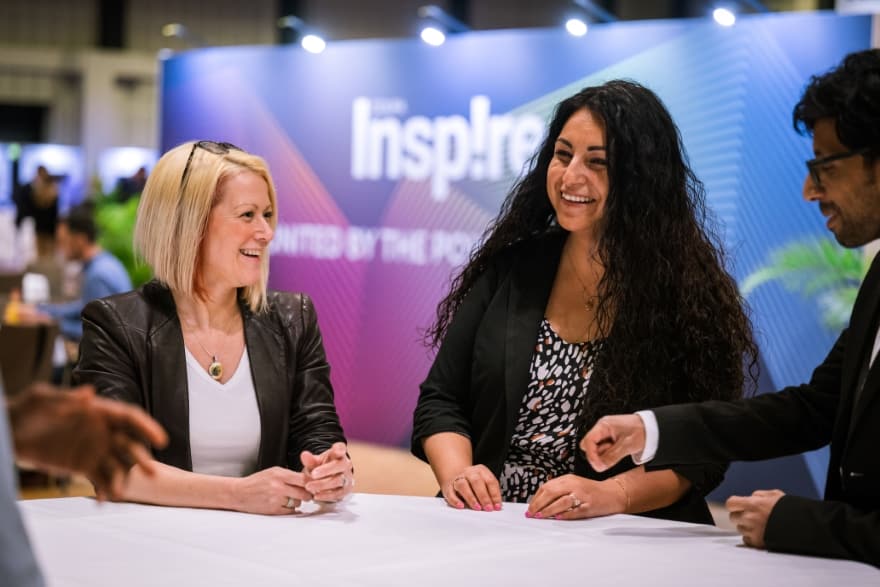 “Zoning the work environment isn’t new, but the way we’re doing it is,” she says, adding that she researched Myers Briggs personality types and how colors relate to them. “We’re combining it with our values of working with intent and purpose.”

Lamb and the design team are starting by renovating two offices, which were completed earlier this summer  . They expect to complete five more by the end of the year. From there, they’ll incorporate feedback and take a phased approach with the other offices.

“We want to see how it resonates with people,” she says. “Even if people aren’t super enthusiastic about it like I am, I think it’ll still have a subconscious effect.”

Lamb’s love of creating workplaces that increase productivity and collaboration was threatened during the COVID-19 pandemic, with most of Coupa’s personnel having to work from home.

“When a lot of what you do is office-based and that goes away, you wonder ‘what now?’” she says.

Lamb made sure her team kept their jobs and wouldn’t be furloughed or laid off. Seeing other departments having “bandwidth issues,” she and her team asked how they could help. They began taking on administrative tasks and handling requests that came into the human resources department.

Owing to what she calls their “real can-do attitude,” her team’s efforts were quickly noticed by the rest of the company. 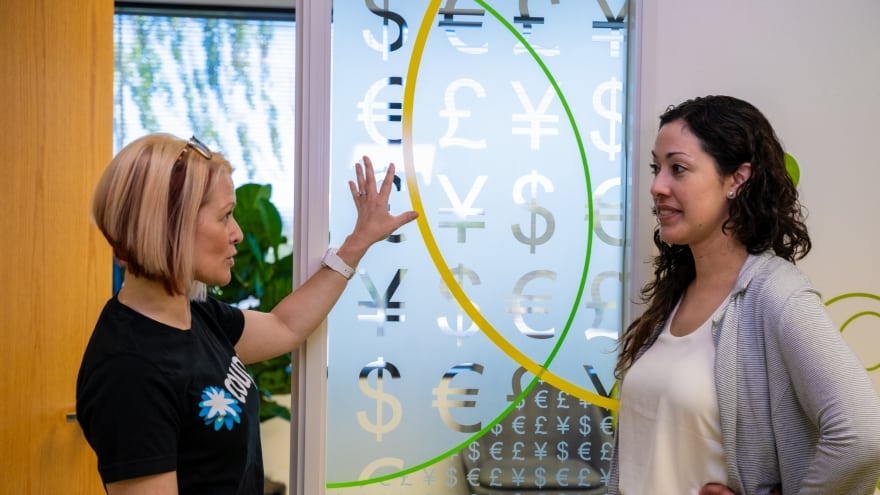 “They became a lot more visible, and everyone was able to see the value they bring not only to our department, but to the company as a whole,” Lamb says. “And now they better understand how other departments operate and what their needs are, which allows them to be more effective at their jobs and play a bigger role.”

Coupa held a “soft reopening” of its offices in July 2021, but employees started coming in more regularly this past spring. The goal, she says, is to ensure the company’s offices are both safe and inviting.

“Our focus has been solely on supporting employees,” she says. “We’ve been adamant that the return is flexible rather than stating absolutes or drawing a line in the sand.”

Being flexible and open-minded has served Lamb well in life—and helped her find a career she loves.

Originally from England, she moved to London after college and briefly worked in customer service. She also “dabbled” in music, including singing and songwriting (she’s a classically trained pianist). Her interest in the arts led to an administrative and public relations role with a photography studio.

Feeling stagnant and knowing she needed a change, she embarked on an 18-month trip around the world.

“I didn’t go travelling with any ideas of finding myself or my purpose,” she says. “I went because I didn’t know what I wanted to do career-wise. ” 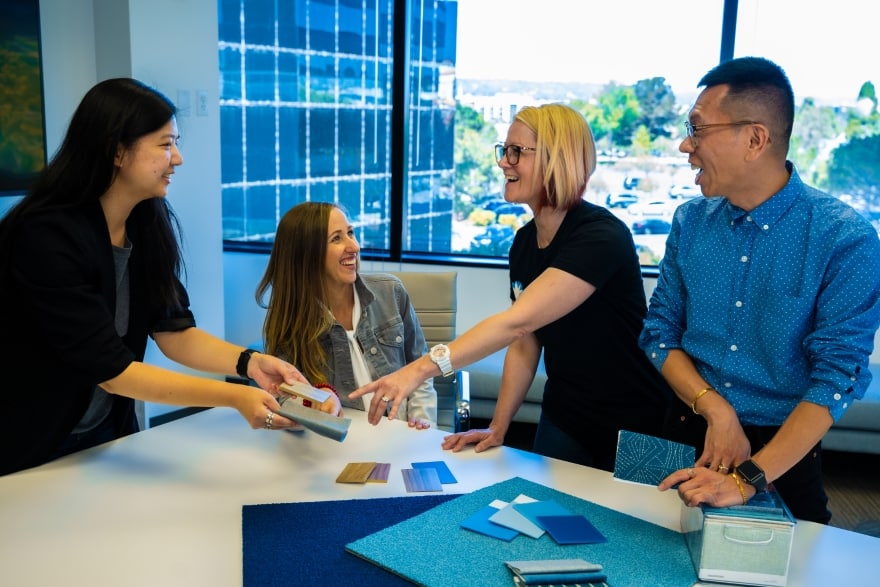 While she now credits the trip as one of the most valuable experiences of her life, Lamb says it took a few years before she found her calling. In 2009, a friend told Lamb about an office manager position with Marin Software, an online advertising company. Up for anything, she applied and found herself in a role that over time narrowed into facilities management.

When the company offered her a promotion to head of global workplace and operations, which included moving to the U.S., Lamb realized the value of her earlier adventure.

“I don’t think I would have been as successful in a global role if it hadn’t been for the travelling I did,” she says. “It taught me to be resourceful and adaptable.”

After nearly four years in that role (and nearly six with the company), Lamb worked at Mixpanel and then One82, as the director of workplace and operations at each. She was hired at Coupa in November 2019. She says she never could have predicted how her career has played out and that she’s looking forward to continuing to grow with Coupa.

“This is a career that found me, but ever since it did, I’ve been focused on building a path for myself in tech and facilities,” Lamb says. “Workplace strategy is in its relative infancy, which excites me because there’s opportunity to build, create and innovate.” 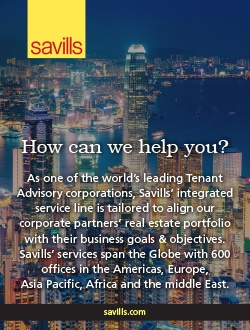