Improvements you can bank on

So when Home Savings Bank (HSB) launched an organization-wide rebrand in 2017, redesigning the bank’s third-busiest branch was high on the priority list. With one, baseball-sized asterisk: Any updates to the 3,000-square-foot neocolonial building located just south of Youngstown, Ohio, in the village of Poland, had to mesh with the town’s architecture. 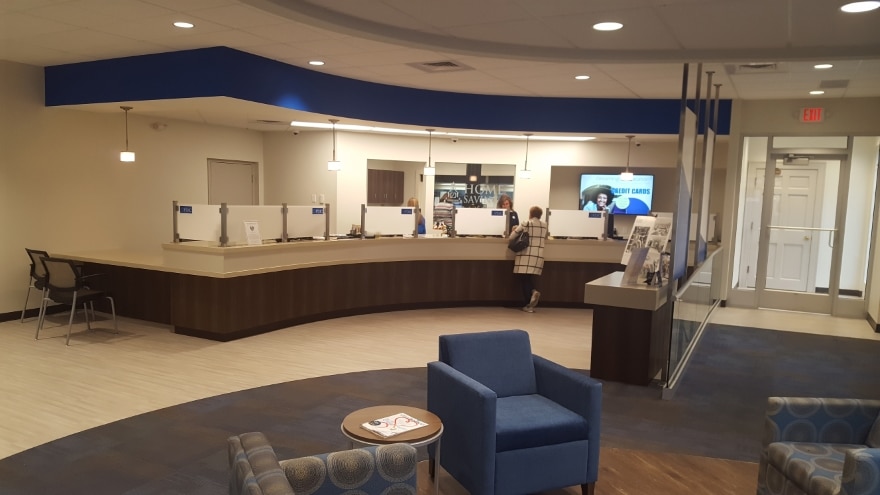 “The challenge we faced was updating the interior of the building in a way that didn’t clash with the exterior aesthetics, which had become part of the neighborhood,” says Lou Joseph, senior vice president of real estate and facilities at HSB. “But we still wanted to incorporate the new look and feel. So it was quite the balancing act.”

Begun in late 2018, the project incorporated many of the elements used in the remodel of HSB’s flagship branch—in nearby Boardman—completed earlier that year.

Getting there, however, required Joseph and his team to scale architectural hurdles.

One of the biggest was reducing the number of exterior entryways from four—a holdover from the days when HSB shared the space with another business—down to two. That, in turn, created better flow from the bank’s parking lot into the building.

“The whole idea was to funnel all the customers into one side of the building,” Joseph explains. “But in order for that to work, there was a whole lot that needed to be done inside the building.”

Eyes on the prize

In the early 1970s, right around the time HSB occupied just half of the building, a wall had been erected to separate the two businesses. It remained even after the bank took over both sides of the space in 1999.

In reducing the demising wall by close to 50 percent and installing a ceiling beam to replace the lost structural support, Joseph and his team ensured that customers who used the building’s two new entrances were seen by HSB staff. 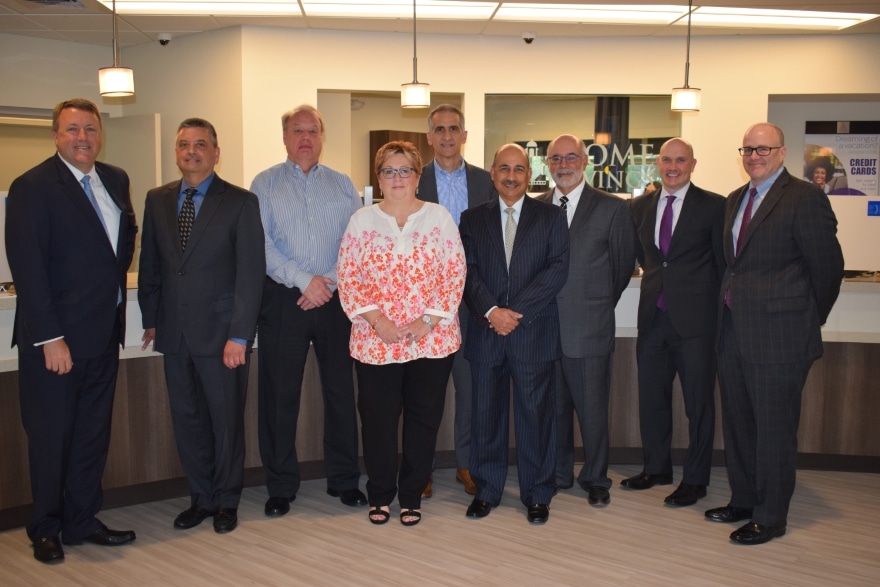 To maximize that improved view, Joseph and his team replaced the existing right-angle teller line with a smaller concave design, replete with a contemporary oak base and designed to follow the contour of a new suspended ceiling.

“We had this setup where people would come in from a number of different doors, some of which our tellers couldn’t easily see,” Joseph explains. “The idea was to make sure we engaged each customer as soon as they walked in.”

For years, branch management was confined to a collection of cubicles tucked away behind the teller desk. In its place, the team installed glass walls and doors, giving management a clearer view of the floor while maintaining some semblance of quiet and privacy.

Meanwhile, in keeping with HSB’s rebranding efforts, ancillary upgrades were made throughout the space. Gone is the worn and outdated furniture, replaced with oversized chairs that better match the bank’s blue-gray branding.

In place of the fluorescent honeycombs, a series of smaller LED ceiling lights were installed, along with five hanging lights strung from the suspended ceiling above the teller desk. For the floors, the team ripped out the old brown carpeting and tile in lieu of a mix of light wood and dark blue carpet.

“The look is so much more refined now, and the feedback we’ve gotten has been overwhelmingly positive—from both customers and bank staff,” Joseph says. “It’s clean, it’s fresh, it’s comfortable. All in all we accomplished everything we set out to do.”

Not that it was all smooth sailing. To ensure the branch remained open throughout the renovation, the project had to be completed in two phases.

During the first phase, begun in October of 2018, the team had to create a temporary teller line and office space in what was supposed to be the customer waiting area. For phase two, the lobby and waiting area were remodeled. 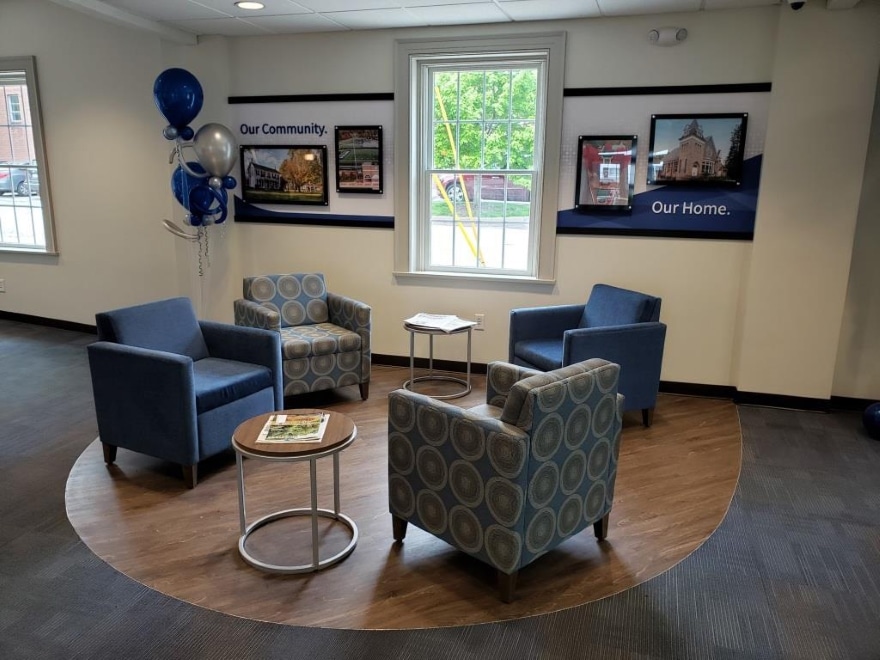 Ohio-based CR Electric, a longtime HSB partner, was one of the contractors involved throughout, overseeing all fixture replacements, wiring, panel installations and more. According to Joseph, the company’s work and collaboration helped keep the project on time—and budget.

“What I appreciated most about [CR Electric owner] Jason Rubin and his team is they’re always willing to go step outside their lane and do whatever’s needed to keep things moving,” Joseph says. “They go above and beyond, and you don’t find that in every contractor.”

Completed in March 2019, the Poland branch renovation represents an important milestone for the Youngstown-based HSB, which is celebrating its 130th anniversary this year. The organization launched a new insurance group in 2016, and currently operates 48 offices—including 33 retail branches—throughout Ohio and western Pennsylvania.

It’s a legacy that Joseph is determined to strengthen. One phase at a time.

“Our customers are 16 years old and 86 years old, so any rebrand or renovation has to be done with that broad clientele in mind,” Joseph says. “If we show them that we care about how we look, that we care about their comfort and their experience—that’s what keeps people coming back.” 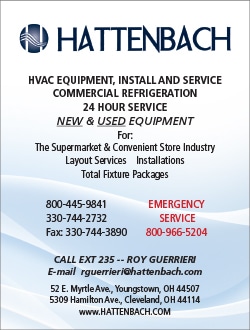 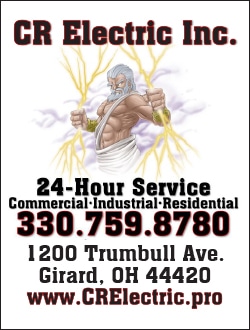