It’s no statue, but it does have a connection to the past.

The 86,000-square-foot, six-story brick structure was built in the 1890s and has been used as a grocery store, biscuit factory, wool exporter and warehouse. And there’s the most recent use: Nothing at all. For years, the structure stood vacant.

Then, in 2015, the Regional Economic Development Group (RED) of Wheeling contacted The Woda Group Inc. asking the real estate and development firm with operations in 15 states, to transform the once abandoned structure into apartments that would attract young professionals to move downtown. 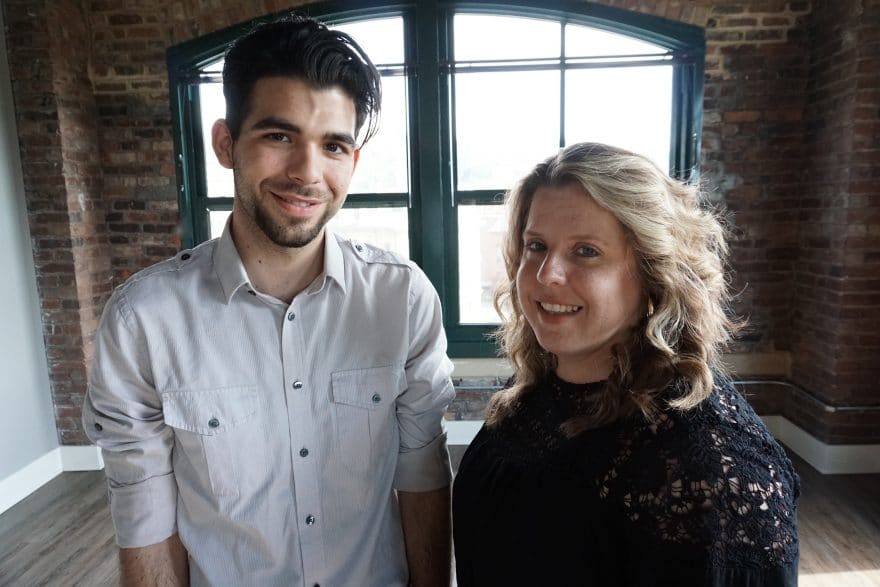 The work involved carefully blending the original architecture of the city landmark with modern amenities. The result is high-ceilinged apartments with exposed wood beams, brick and ventilation pipes, and railroad tracks left from the building’s industrial era that run through the transparent floor of a shared fitness room.

The Woda Group finished work in March 2017. By April, all the apartments were leased. Better yet, more developers have announced projects in Wheeling.

“Boury Lofts really has become the development catalyst the city was hoping for,” says Regional Vice President Lisa Landis, who oversees The Woda Group’s properties in the mid-South and some areas in the Mid-Atlantic.

Who you gonna call?

This isn’t the first time The Woda Group has been approached by a city hoping to use a development to jumpstart a neighborhood.

Since it was founded in 1990 by Jeffrey Woda, The Woda Group has repurposed school buildings, factories, mills and manufacturing plants throughout the Midwest and Eastern Seaboard. Woda manages over 300 properties through satellite offices in Georgia, Indiana, Kentucky, Maryland, Michigan and Virginia.

“What makes this project so appealing is that many professionals want the charm of a historical building, but the convenience of modern [luxuries] … The Boury Lofts is the perfect combination.”

Many projects have been motivated by historical preservation and urban revitalization, as with the Boury Lofts, while others were inspired by harsher circumstances.

A few years ago, the City of Portland, MI, concluded it would have to demolish a beloved, historic school unless it found a suitable development partner. Woda was approached after studying the firm’s restoration of another school in nearby Durand, MI.

Then, in 2015, as restoration plans were being drawn, Portland was hit by a tornado with 100 mph winds that damaged homes, businesses and churches in the 4,000-person community. Officials knew they needed housing fast, so they asked the Woda group to speed up plans to convert the 100-year-old school into a 29-unit apartment building.

The newly named Portland School Apartments complex will open in early 2018 and features many elements from the original building, such as the red brick masonry and limestone accents.

When it came to renovating the Boury Lofts, maintaining historical details was a priority—and not without challenges.

For starters, Wheeling was particularly keen about keeping the iconic 120-year-old water tower—an important part of the city’s skyline. However, the original was no longer structurally sound, so The Woda Group ended up building a new water tower that reads “Boury Lofts.”

The building also had some serious engineering problems. The floors in many apartments were sloped. Due to the structure’s proximity to the river, The Woda Group had to ensure that the hydraulics of the foundation were sound. In addition, all of the building’s large, arched windows had to be replaced, with the added challenge that each of them was a different size.

The Woda Group was able to turn a potential fiasco into a selling point for the property, because after the floors and windows were fixed, “we liked the fact that no two apartments are the same,” Landis says.

Landis believes it is these details that helped The Woda Group lease out the Boury Lofts so quickly.

Before the project was even finished, players from the Wheeling Nailers, an ECHL ice hockey team affiliated with the Pittsburg Penguins, were contracted to move into the new development. The remaining apartments filled up just one month after the building was finished. 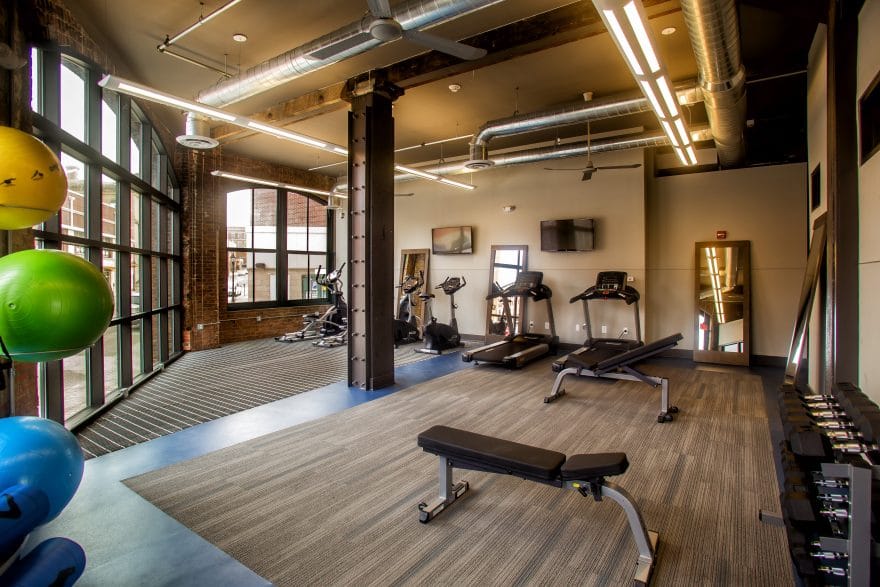 “Many professionals want the charm of a historical building, but the convenience of modern [luxuries],” Landis says. “The Boury Lofts is the perfect combination.”

In September 2017, The Woda Group was awarded the Best Use of Historic Tax Credit by the Preservation Alliance of West Virginia, a statewide grassroots nonprofit that promotes historic preservation.

“We spend so much time and money ensuring that everything is just right, and that we are incorporating enough of the older design. So when it’s done and looks great, it makes all the sweat and tears and frustration worth it,” Landis says.

As a bonus, The Woda Group has the pleasure of watching its work really make a difference in the community by helping people rethink what it means to live in Wheeling, West Virginia. 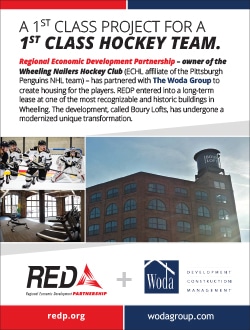