Delivering the “Wow” in wood

The people of Plainville, Connecticut, hadn’t seen anything like it before. It was the arrival of high-rolling real estate developer and billionaire Stephen M. Ross—by helicopter, no less.

The owner of the Miami Dolphins was checking on the mockup display of a $5 million interior design project being made for him by millworkers at Modern Woodcrafts. The prolific custom work would be showcased for the 30 Hudson Yards lobby in Manhattan, part of the Hudson Yards Redevelopment Project. Viewing a 12-by-12 inch mini-model of the project wasn’t going to cut it, as Ross wanted to lay his hands on the curved wooden walls. 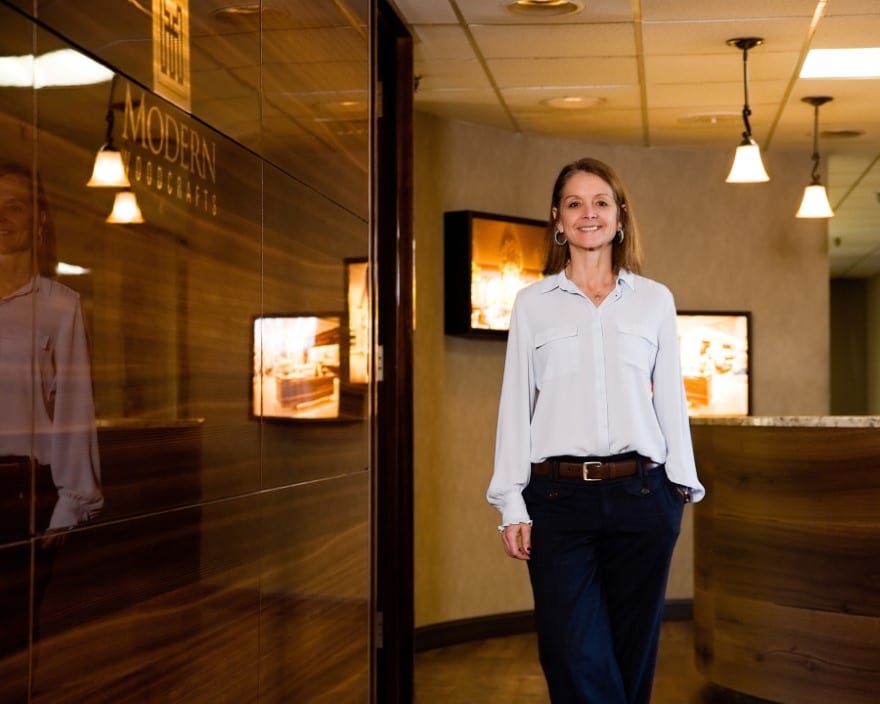 Because the specially-crafted 30-foot panels couldn’t fit in the production facility, President Lisa Fekete rented an off-site warehouse to assemble it. From the plant’s driveway, she led a procession of limousines loaded with architectural luminaries—a whole entourage—to a quiet, remote place outside of Hartford for the big reveal.

“It was a humbling experience that he came to our little shop—this billionaire to the suburbs. What I appreciated was how hands-on he was, recognizing A-1 quality. That’s something I can relate to,” Fekete says.

Lucky for Modern Woodcrafts, Ross knew exactly what he wanted for his flagship lobby back in 2017—and where to find it.

The business was started in 1959 by Fekete’s father, the Canadian-born Gerald Pelletier, who founded the outfit as a small cabinetry firm in his basement. Over six decades, he transformed his company into a go-to for high-end lobbies, corporate offices and interiors, hotels, institutions and all kinds of retail establishments. 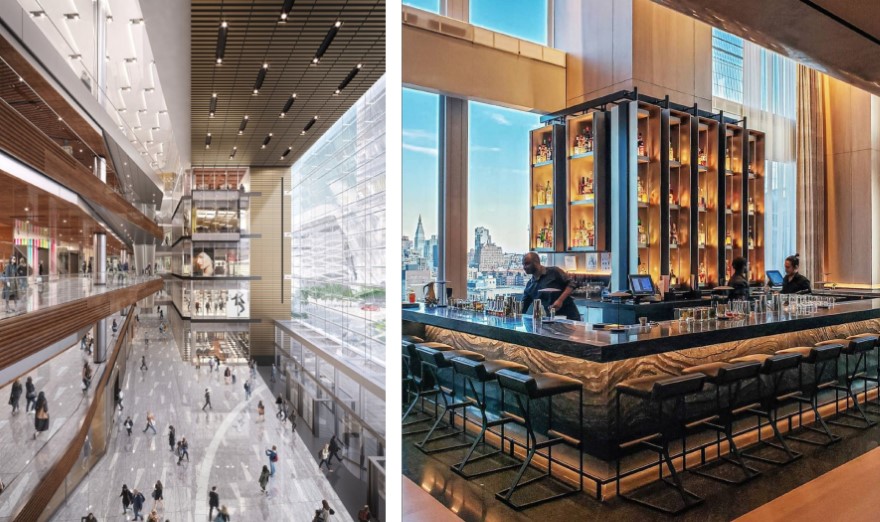 Indeed, tackling Hudson Yards—dubbed “the mother of all megaprojects”—was a natural fit for Modern Woodcrafts. The company worked with several high-profile clients over the years, including The Equinox Hotel, the Museum of Modern Art, One World Observatory, Morgan Stanley, Tiffany & Co, Neiman Marcus and Coach, just to name a few.

“Dad was a master craftsman and started this quality work with his hands and it got him noticed,” she says. “Those people are harder to come by as the generations pass.”

That degree of craftmanship is easily recognized when one walks into 30 Hudson.

Nestled in a forest of super-tall mixed-use structures on the West Side of Manhattan, the building—also known as the North Tower—abuts Hell’s Kitchen, Chelsea and Penn Station. Tenants occupying the building include Wells Fargo, Facebook, Related Companies, KKR and Blackrock. 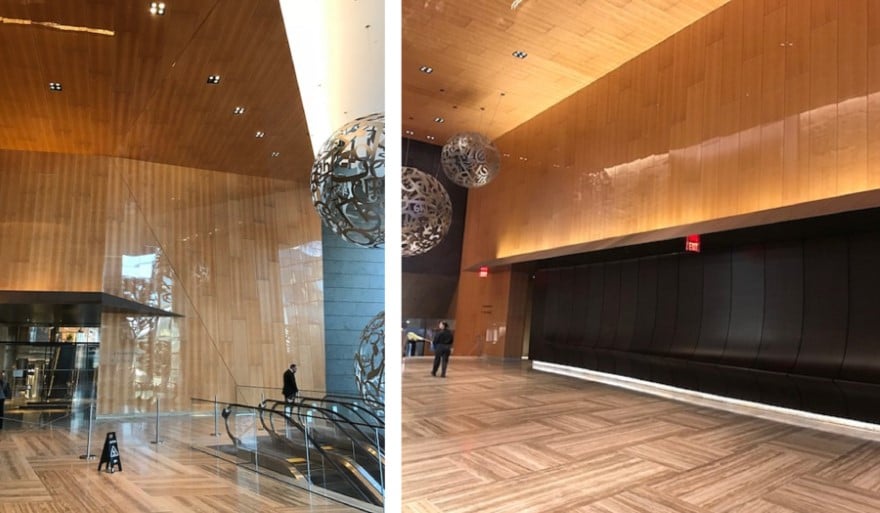 With a 30-foot high expansive ceiling and a serpentine wall made from walnut and ceiling, and wall panels made from fumed larch and fiddleback anigre, it’s stunning structure—and so complex that other firms shied away from the two-year project finished just last year, Fekete says.

“Given its size, the veneer, the magnitude of the space and how the ceiling is fitted out, it’s a work of precision,” she says.

Stepping up to the task

Competition to carry out construction at this level is minimal, she says, with few being able to handle the high-end requirements and still deliver the goods.

“I’m not an engineer, nor a woodworker myself, but I hire the best and they can create it,” she says. “We will never say we can’t do something. We always find a way to make it work.”

Fekete is quick to credit the business’ 55 craftspeople, most of whom have been with the company for at least 10 years. That said, it’s always on the lookout for younger talent—those with limited experience but a solid work ethic. Carpenters specifically get one-on-one training in customized areas of woodworking.

“The quality of their work cannot be replicated by machines,” she says.  “Technology can step up the process in some ways, but there are skills you can’t replace,” Fekete says. 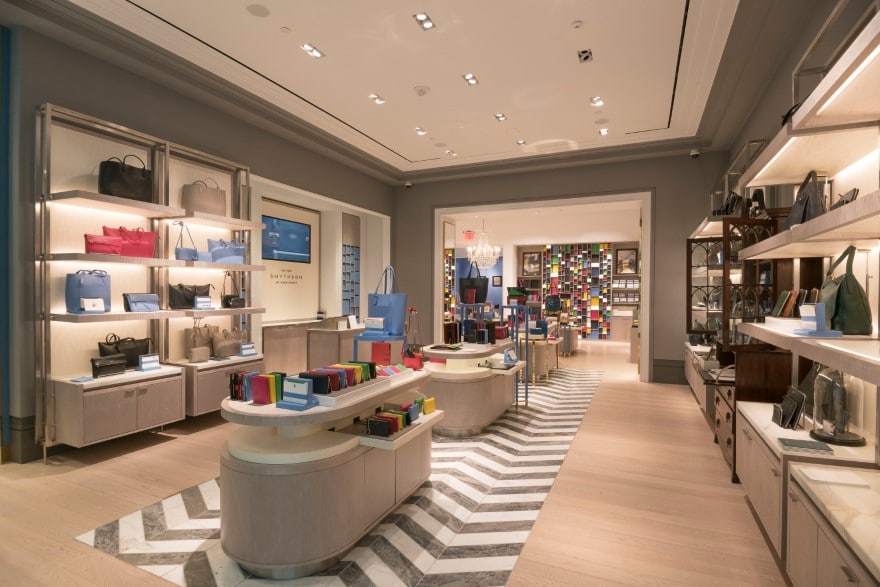 “We absolutely captured the intent of what our clients were looking for,” she says. “Nobody had ever attempted a job of this magnitude, and we delivered.”

“Our success was made, drawing deep from our village,” she says. “We have so many talented people who work here.”

That eye for talent proved especially helpful when Fekete join up on several projects with a fellow craftswoman.

That would be Jeanie Russell of Connecticut Metalworks, an architectural metal fabricator with 26 years of experience serving high-end corporate, retail and residential clients in New York and Boston. Specializing in all custom metals—with a special expertise in bronze, stainless steel and blackened steel—the projects range from the White House to Yankee Stadium. 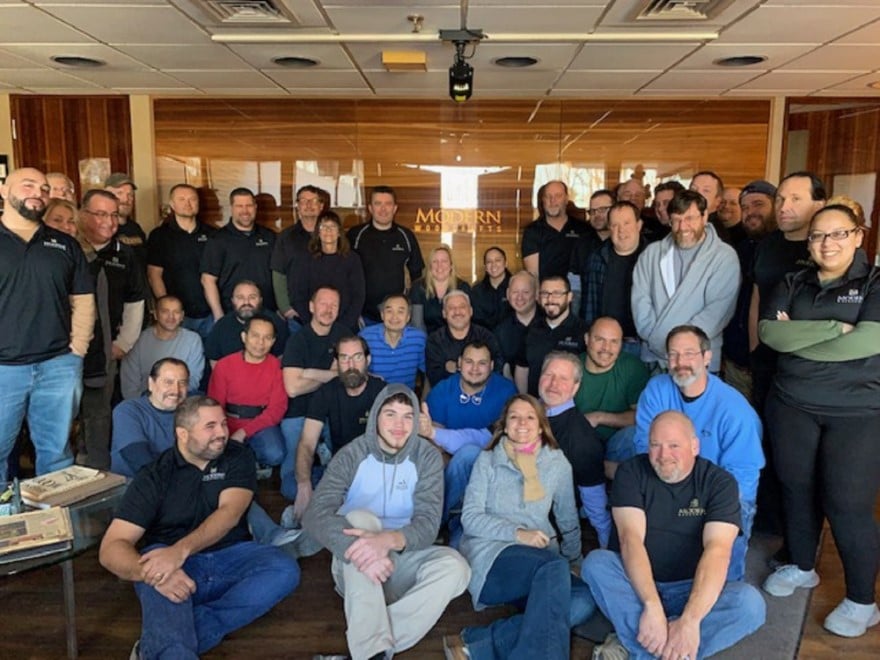 “It is inspiring to work with a smart, funny, feisty business owner like Lisa,” Russell says. “It’s a joy to watch her run a meeting of her team.”

Indeed, that knack for taking charge was apparent from the very beginning.

Describing herself as one who “always wanted to blaze her own trail,” Fekete got her degree in finance at Bentley College in 1990 and earned a master’s from Quinnipiac University’s School of Business in organizational leadership in 2012. In 2006, she took up the mantle to run the company, glad to carry on a family tradition—and also to put Modern Woodcrafts on the trajectory to be accredited as a Women-Owned Small Business.

The balance she strikes, Fekete says, is between adapting how business is conducted these days while staying true to her father’s vision.

“I’m a very relationship-driven person, investing my time and commitments into our clients and vendors,” she says. “They trust me and know I’ll stand by my product and remake it if necessary, just as my father would.” 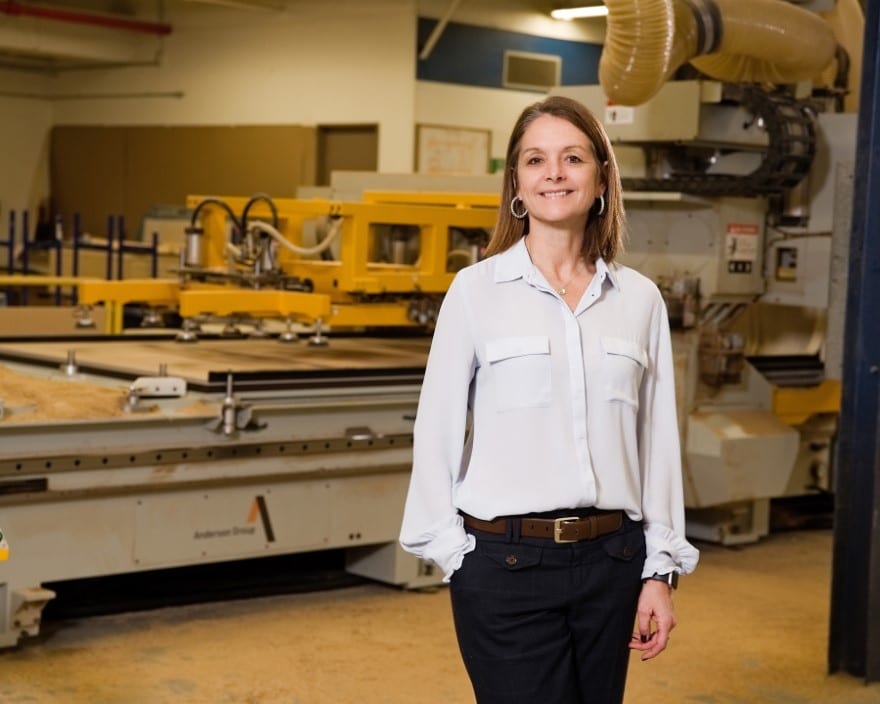 The joy she feels in her career stems, in part, from knowing that her work-life balance is always well-calibrated: The proud mother of a girl and three boys, ranging in ages 16-20, Fekete has never missed a lacrosse match, hockey game or recital.

“We never had a nanny when the kids were younger and I always did all the laundry,” Fekete says. “It was and still is always family first, business second, as it should be.”

Indeed, that involvement seems to run in the family. Even today her father, now 87, stays apprised of the company’s projects. She says although today’s business environment is very different from when her  father was running it, the four pillars of success he always taught her stand the test of time: Hire the best people, treat every customer as if they’re the only one, use state-of-the-art equipment and technology, and keep a positive attitude.

“Outside variables may change,” Fekete says, “but we stay true to who we are and where we came from.” 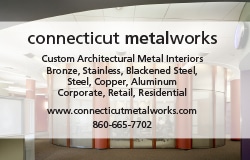 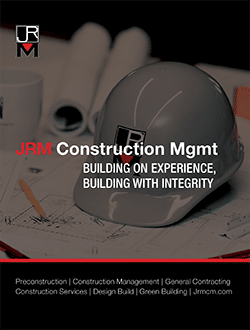