Every new building is a new, global adventure

During the 22 years that Linda Besetzny worked at the international law firm of Sonnenschein, Nath & Rosenthal, the most memorable event was not, in fact, her leading a two-and-a-half year, $10 million dollar renovation across the 76th and 81st floors of Chicago’s Willis Tower—which won her the firm’s Above and Beyond Award.

It was, instead, a blustery afternoon in Chicago, 1988. That day, Besetzny was standing on the 78th floor of the Willis—formerly Sears—Tower when wind gusts of 70 miles per hour blew out the windows.

“It was like a scene from Poltergeist with the plates being blown around the conference room,” she recalls. “One attorney’s briefcase flew out a shattered window and landed six blocks away.” 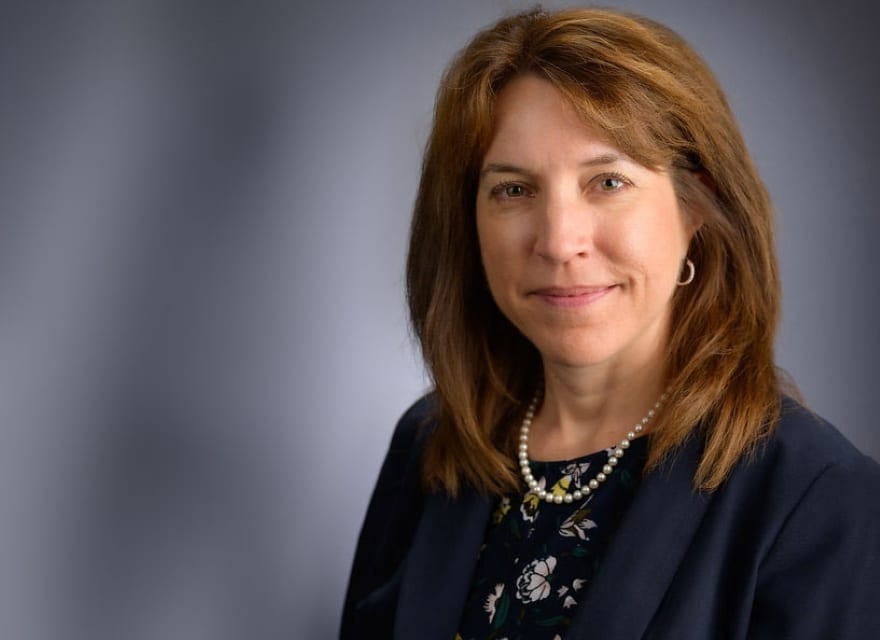 She helped lead the repair efforts, taking the shocking event in stride. That’s because Besetzny has had a far from cookie-cutter facilities career, which also explains her CPR and Automated External Defibrillator certifications.

In March 2009, she concluded her over two-decade long career at the SNR firm—which included assisting a woman in labor and leading two evacuations. The first was during the 1992 Great Chicago Flood that crippled businesses in downtown Chicago; the second occurred on the morning of September 11, 2001. During this time, Besetzny also oversaw the Emergency Response Team of over 100 people.

“Facilities management may sound mundane or repetitive, but that has never been my experience,” says Besetzny, who went on to work with Greeley and Hansen as an award-winning certified facilities and administrative services manager until 2015 when she joined Axiom Law as its senior manager of global facilities.

Besetzny’s adventures didn’t come to a halt when she took on a new position in May 2016 as director of facilities management with the Chicago-based, global R.J. O’Brien, the oldest and largest independent futures brokerage firm in the U.S.

She can’t seem to get away from blown-out windows, either.

As part of a 2020 project to open RJO offices in Dubai, she traveled to a new, under-construction building to see if it would be suitable for the company’s needs. She accompanied her boss, the company’s global chief operating officer Terry Gilhooly, and stepped into the building to find that the high heat—temperatures regularly soar above 120 degrees Fahrenheit—had caused some windows to shatter. 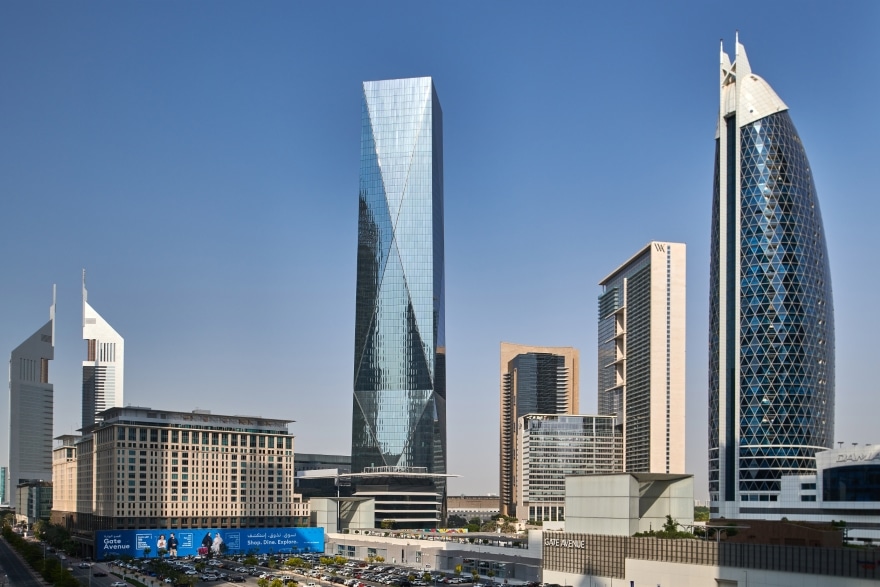 It’s also why the building has an underground walkway, so people can avoid the heat when traveling to the property. When reviewing this part of the building, Besetzny was struck not only by the convenience—who wants to walk in heat that can cook an egg on a sidewalk?—but also the high-quality materials. The underground walkway, for instance, had marble floors.

A thorough inspection meant she had to investigate the layout of the floors where the offices would be—and that’s when she ran into a few more unexpected surprises.

“OSHA doesn’t exist in the U.A.E, so working men were swinging from ropes,” she recalls. “Ten of us, including Terry, went up to the 21st floor in a rickety wooden freight elevator that wouldn’t stop shaking, but it was all part of the fun experience.”

Once the decision was made to have the RJO office in the Dubai building, Besetzny worked with Savills Real Estate Consultancy to manage the project. Dealing with a 10-hour time difference, she coordinated with Savill’s on-site project manager along with the general contractor, furniture vendor and other local operations in Dubai.

“It wasn’t just finding the right furniture and carpets or creating an amazing plant wall,” she says. “We discovered a water valve had been installed directly above what would become our computer room. Obviously, that wouldn’t work.” 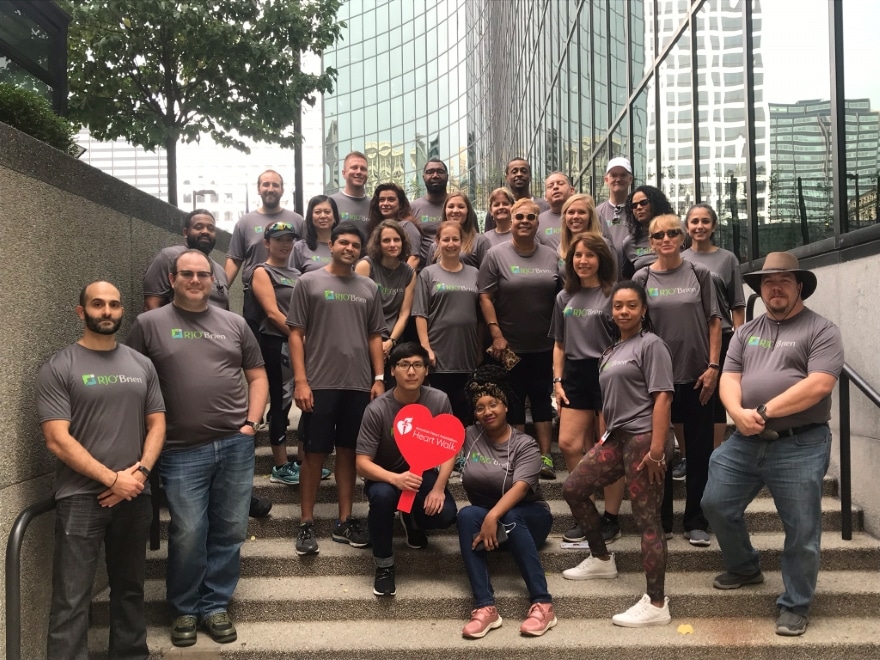 RJO relocated the water pipes to a safer location, but other issues cropped up. Besetzny handled those and the entire project from her Chicago office with weekly, and sometimes daily, progress checks, pictures and video calls.

RJO opened its Dubai office in December 2020; and she was promoted to director of global facilities in July 2021,

Besetzny says her success may just stem from her favorite saying, which goes, “If it’s going to be, it’s up to me.”

She got her start in facilities management as an intern at a law firm while taking business management classes at Robert Morris University. While she says it was up to her to move her career forward, she credits her boss and life-long mentor, Raymond Kroll, for helping her along.

“He believed in me and promoted me from within, and I try to pay that forward by giving others the same opportunities I received,” Besetzny says.

She’s a member of the International Facilities Management Association’s board of directors and leads IFMA’s mentor program and career services committee. She received its Distinguished Leader Award, and in 2014, she gave a presentation, “Relocate, Retrofit or Renovate,” at IFMA’s annual global conference. She has also served on and moderated many IFMA panels throughout her career. 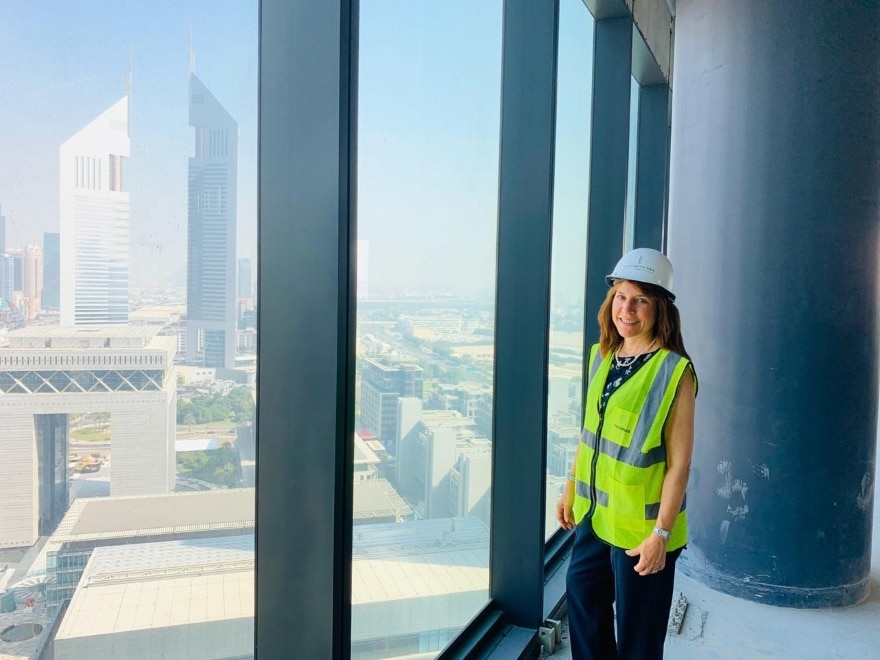 At RJO, she’s led trainings, brought in women speakers and personally mentored anyone looking for guidance as part of the company’s Women’s Initiative Network. She also loves the global aspect of her role, having managed teams in India. Currently, she manages a facilities team in London alongside her other tasks.

“The work of a director of facilities, especially on a global scale, is never quite complete, which I love,” she says.

For instance, in May 2022, RJO moved into its new office in New York. Meanwhile, Besetzny is busy helping the company search for spaces in Singapore, so it can further expand its footprint in Asia.

“I have enjoyed opening offices in Paris and London and learning each country’s process,” she says. “Now, I’m now looking forward to Singapore, which should bring some exciting future projects to RJO and my team.” 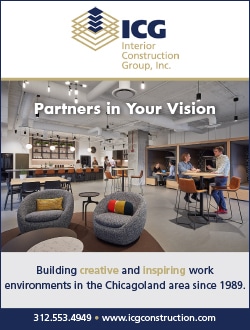