It’s a typical morning in town. Offices, banks and stores bustle as people go to work and run errands. Whether it’s buying flooring, applying for a loan, or shipping a package, it’s all getting done inside a Junior Achievement Discovery Center—and the workers and shoppers are all middle schoolers.

Designed to immersive them in the experience of managing a business or a household, JA Discovery Centers are becoming integral components of middle school education, says Leela Woodfield, senior director of capital projects and construction for Junior Achievement of Georgia. 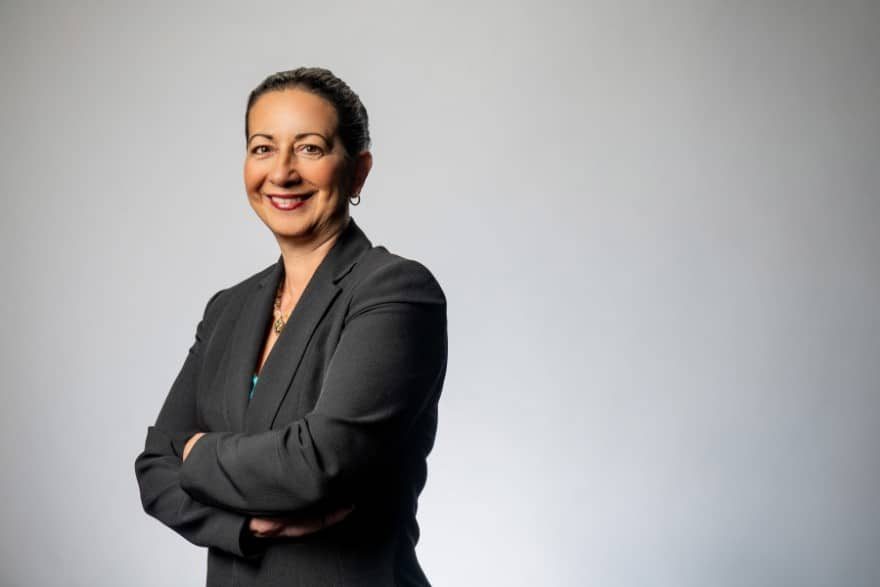 Woodfield has guided the construction of JA Discovery Centers from metropolitan Atlanta to Dalton and Savannah. In doing so, she’s discovered a way to impact local education.

“For someone who used to design parking lots and sewers, I’ve learned a lot about building construction,” Woodfield says. “I have the most fun job because I get to build these incredibly cool spaces.”

JA programs start in sixth grade with JA BizTown. Students get 20 hours of in-class lessons on the world of work and running a company. Then, they apply what they learn during a one-day visit to a JA Discovery Center.

There, students are assigned jobs with one of the more than 100 sponsor companies that include Chick-fil-A, Georgia Power, UPS and Georgia United Credit Union. One enterprising student even contacted the CEO of Delta Air Lines to ask what he should expect as he assumed his role, Woodfield recalls. 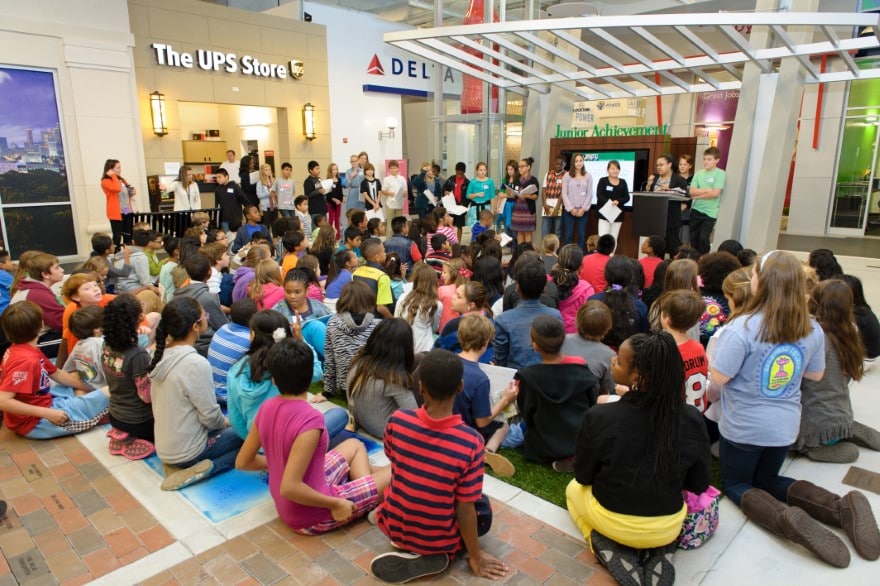 The JA Finance Park program is for seventh or eighth grade students. Through the program, they are assigned real-life situations—marriages, families, incomes, student debt and credit scores, for example—and they must develop household budgets. During their visit to a JA Discovery Center, they play out their roles, managing their lives and finances.

The first JA Discovery Center, a 50,000-square-foot facility, was built in Atlanta in 2013. It serves students from Atlanta Public Schools as well as from Dekalb County and Fulton County schools.

A year later and at the time of her hiring in 2014, Woodfield didn’t expect to be involved in construction. In her previous job at Simpson Elementary School in Norcross (outside Atlanta), she had been the registrar, records manager and web manager, among other roles.

However, someone noticed her civil engineering and project management experience, and Woodfield quickly found herself guiding the construction of the JA Discovery Center at Gwinnett. The 45,000-square-foot facility was the first built on a school campus as part of the new Discovery High School in Lawrenceville. 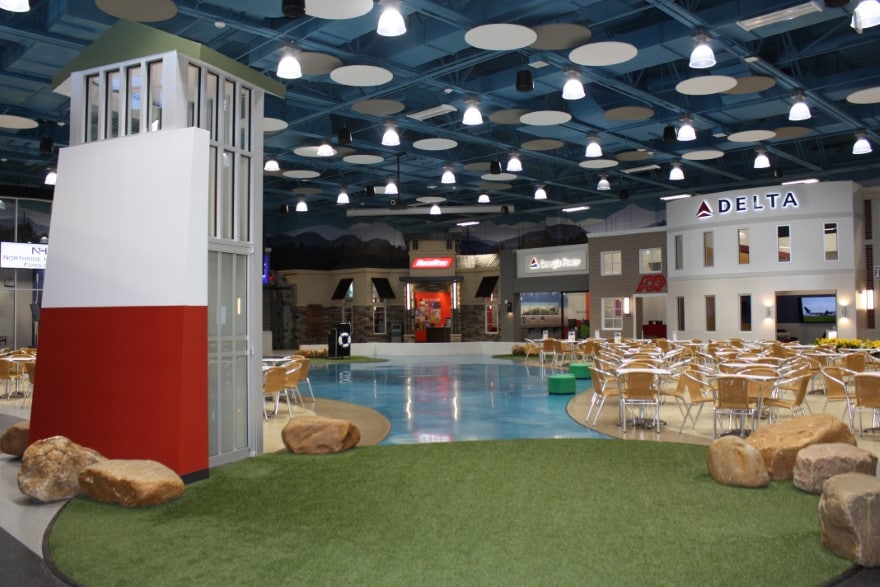 This year, the JA Discovery Center of Greater Dalton opened and serves 13,500 students in 13 school districts in northwest Georgia. While it also opened as a part of new school construction, the 15,000-square-foot facility is a separate building that was added to project plans, Woodfield says.

In February 2022, a JA Discovery Center will open on Georgia Southern University’s Armstrong Campus in Savannah, built into what had been the student activities center.

JA Discovery Centers resemble interior sets used for movies and TV shows. Each storefront or office façade is unique. Local landmarks—such as Atlanta’s Centennial Olympic Park, Lawrenceville’s historic courthouse and Lake Lanier in Cumming—are part of the design, as are the sponsors’ brands.

“We don’t want it to look like students are walking into a cookie cutter space. We want them to feel like they’ve stepped into their hometown,” she says. 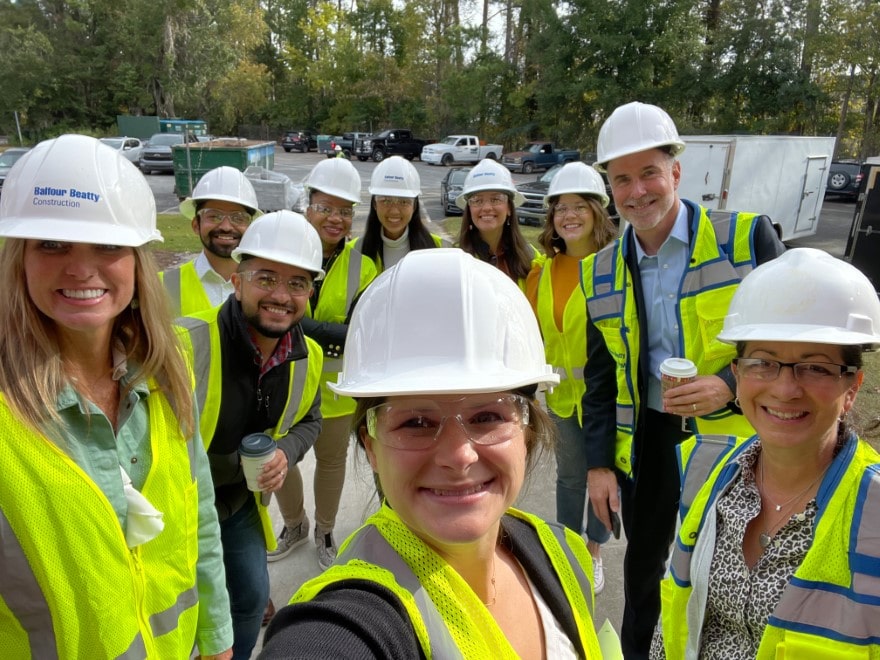 The JA Discovery Centers also reflect changes brought on by technology. Students get tablets for their assignment work. Paper registers used to record transactions are gone and stores have debit card swipe technology. The displays at Georgia Power now show “smart” home technology including sensors to control lighting and heating.

“I am the glue to make sure all the vendors and contractors are on schedule,” Woodfield says. “I manage the project from the owner’s perspective.”

A native of College Park, Maryland, outside Washington, D.C., Woodfield says she wanted to become an architect but adds she lacked the artistic talent. However, she excelled in math, physics and the sciences, and earned her bachelor’s degree in civil engineering technology from Southern College of Technology (now Kennesaw State University) in 1993.

After graduation, Woodfield joined Pond & Co. in Norcross, Georgia, as a project manager and engineer, helping build wireless telecommunications networks. From 1993 to 2003, she was a consultant, project manager and office manager there and for S & R Associates but stepped back after her two children were born. 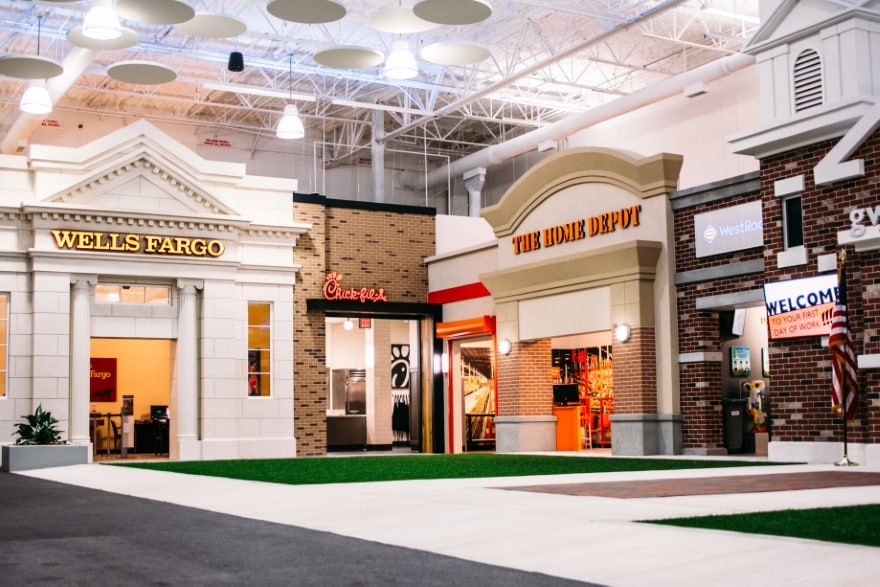 Gwinnett County Public Schools allowed her to have a flexible work schedule, but Woodfield says she missed construction and project management. So, while she hadn’t expected to become the owner’s rep for building JA Discovery Centers, it’s been a welcome turn.

“Our mission is to inspire the futures of our students, prepare them for tomorrow’s economy,” Woodfield says. “I have a foot in the engineering and construction, but I also get to support our youth and partner with so many great companies as we design and carry out the space.” 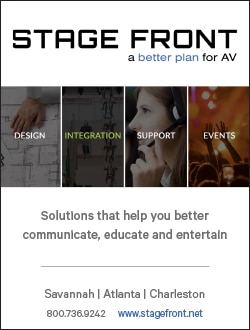