The jewel of Seattle

While it’s true that a museum is often the best place to display and store art, rarely is it treated like a piece of art itself.

But the Seattle Asian Art Museum—with its Art Deco aluminum façade, specially-designed glass infinity floor, and octagonal rooms with 14-foot tall windows set in a series of galleries—has been a masterpiece in the making for more than a decade. 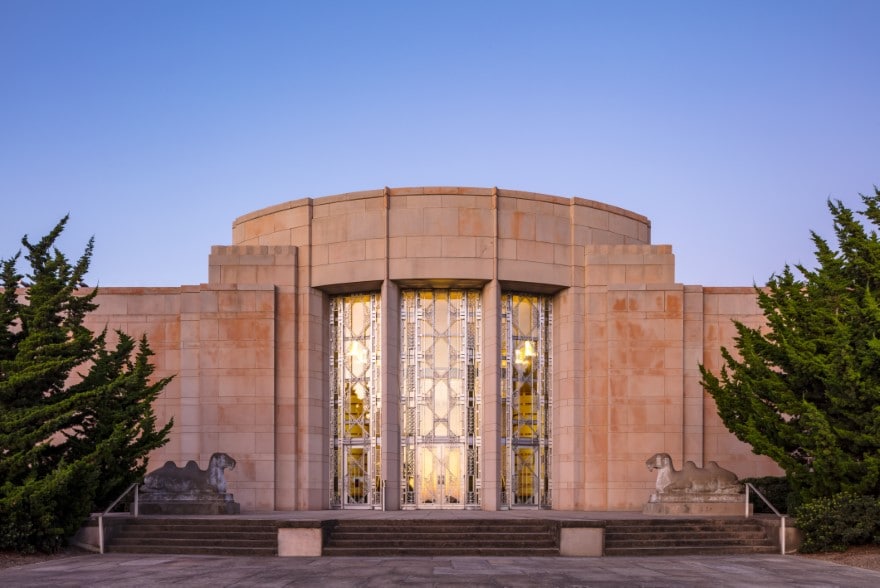 Scheduled to reopen in February of 2020, the historic renovation was completed by a multifaceted group of specialists and conservators working with a team overseen by the Seattle Art Museum’s Director of Facilities Lee Richardson.

Housing a world-renowned collection of Asian Art, the 65,000-square-foot landmark will be listed on the National Register of Historic Places. With upgrades to the auditorium, creation of an educational space, and the first Asian art conservation studio in the West, the facility will be a site the public can enjoy for decades to come.

“The refurbishment presented a unique opportunity—and numerous challenges,” Richardson says. “But we think it’ll pay homage to the site’s history and inspire the artists of today and tomorrow.”

To be sure, it’s a moment Richardson’s team has been working toward for years, with a to-do list that was as extensive as it was transformative.

One priority involved replacing large, hollow terracotta tiles in the interior walls that were structurally compromised with no reinforcement. The museum had begun repairs in the early 2000s, but work ceased during the 2008 recession when funding dried up.

Many of these tiles were located in the Fuller Garden Court which got its facelift in March with a form of plaster work known as “scagliola”—used to create architectural elements that resemble marble inlays and semi-precious stones. 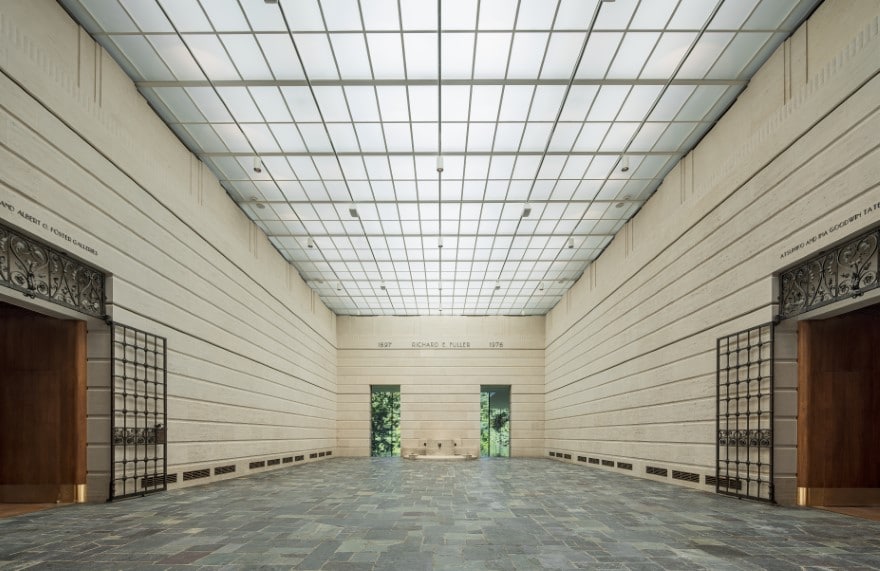 As Richardson explained, over the years the walls and panels throughout the building became discolored and damaged. To repair them, cracked panels received polymer injections to glue them together, while the back was reinforced with plaster, burlap or fiberglass.

By July, the main construction phase was completed. Octagonal galleries were rebuilt with steel framing and drywall, and skylights were modified with framing over the windows and the addition of specialized glass panels and dimmable LED lighting that can be adjusted to appear as daylight or moonlight.

“You can set the mood to match the exhibit with no fear of UV damage,” he says.

There was also considerable asbestos remediation in the same gallery sections, which involved taking out walls and ceilings and replacing them with fiberglass reinforced plastic panels adhered to bricks, locking the layers together.

“Removal of the gallery walls was a large demolition project using Bobcats to move terracotta, plaster and drywall to the dump locations,” Richardson says.

An overhaul of the HVAC system was made to modernize building operations. Now with adjustable controls to regulate temperature and humidity levels, artwork can be safely kept in a climate-controlled environment—an update that not only protects the artwork but keeps the museum in compliance with insurance requirements.

“You can’t get people to loan you art unless you meet these requirements; it is critical,” he says.

Fast forward to the finish

After a 24-month renovation process—the culmination of planning that began in 2015—it’s almost all systems go, Richardson says.

The past year saw most of the work completed, starting in February with the construction of new doorways to Fuller Garden Court. The doorways now open up into a new lobby with floor-to-ceiling glass windows and a unique suspended glass “infinity” floor—producing a naturally-lit lobby surrounded by 14-foot glass windows. Completed in October, the lobby looks out on the lush greenery of Volunteer Park, originally designed by the Olmsted Brothers.

The finishing touches to other elements of the project were also wrapped up in October including the exterior restoration of the Art Deco façade, reglazed glass with cleaned metalwork, and original stonework adjacent to Volunteer Park. 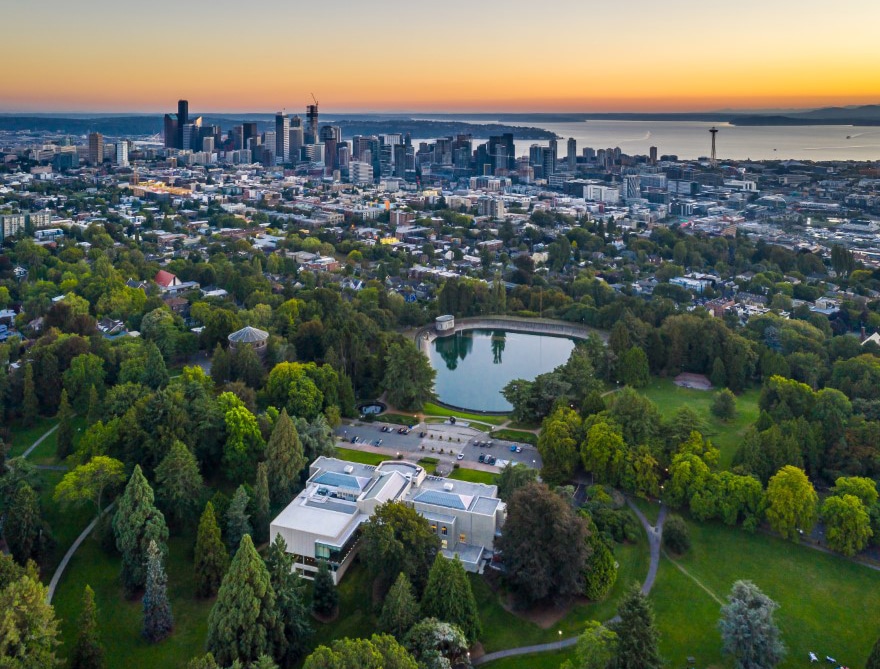 Meanwhile on the inside, work was completed on the lobby expansion on the east side of the building; a historic fountain in the Garden Court Lobby was renovated with hand-cut Mexican glass tiles in shades of blue and teal; and extensive work on the original Masonite flooring in all galleries was wrapped up.

“It was quite a challenge because no one had touched that floor from 1930 … but stained and finished it gives the space a different look, not the typical oak hardwood floors you see in most museums,” he says.

The project is in keeping with the required historical standards followed throughout the process.

“Even the crown molding plasterwork was done in such a way that you would never know modern-day materials were ever used,” he says.

Richardson had his chance on the second level of the building where the team renovated the 201-seat auditorium.

With considerable upgrades, developers built a new stage, installed acoustic fabric panels on walls and replaced the seating adding LED lighting on aisle end seats to enable people to find their way in the dark. The whole sound system with digital audio was updated, with the addition of new theatrical lighting and a digital cinema projector for first-run films

“The ability to upgrade the quality of performances with lighting, sound and video reinforcement allows educators, lecturers and local performers to bring diversity and inclusion to the museum,” Richardson says.

Richardson’s team also restored a boardroom with wood veneer and upgraded historical lighting fixtures. New classroom space was created for programming that will be funded in part by the city. 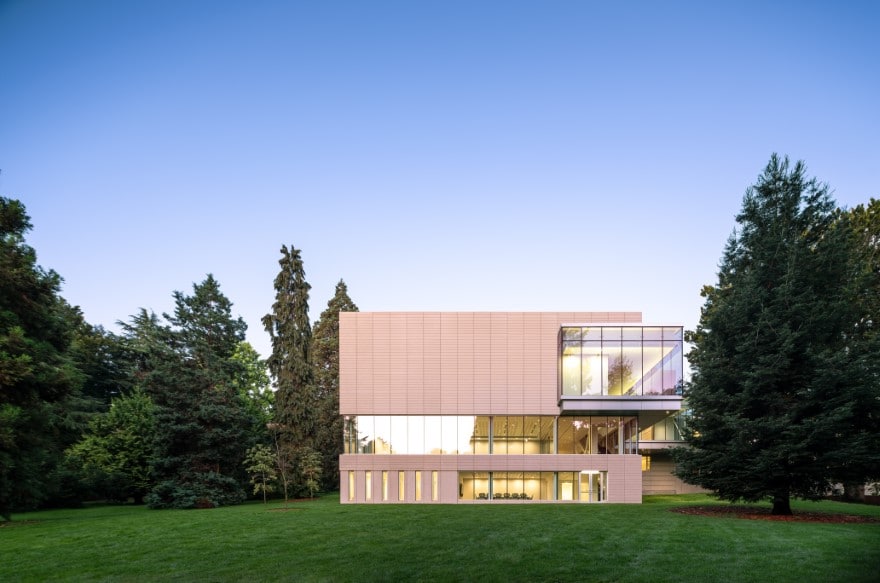 The expansion on the east side of the Asian Art Museum. Photo: © Tim Griffith

And coming in 2021 will be the opening of an Asian art conservation studio, funded by a $3.5 million challenge from the Andrew W. Mellon Foundation.

“It will be the first museum of its kind in the Western United States that can handle Asian painting restoration. This is a big deal,” he says.

The show will go on

When the hoopla of the grand opening quiets down, Richardson says it will be back to business as usual, with no shortage of projects on his punch lists.

It’s of little consequence what projects he handles because this type of work is in his blood. In years past he travelled the world in the entertainment business, servicing power and lighting projects for performers like Yanni at places including the Taj Mahal and the Forbidden City.

“I’m doing what men have done for ages by going out and building things. That’s what’s enjoyable to me,” he says.

Working at the museum since 2013, however, he says it was an honor to join the design team.

“It was such an opportunity to share my experience and have some input to help develop  what facility into what it was going to be like. The important thing is having the vision, the picture in your mind and not letting the doubters pull you down,” he says.

He, for one, never lost faith when the going got tough.

“In my past life in entertainment I knew the show will go on,” he says. “The whole idea for the museum is knowing you’re not just working on creating a building, you are working on the joy and the energy a person feels when they walk into that space. I knew we were not building for us, but for everybody.” 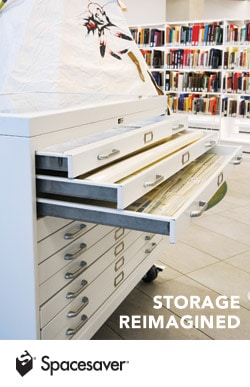