A canal runs through it

Kevin Costner once heard a whispering voice telling him to build a baseball diamond in his Iowa cornfield.

One state west, in Nebraska, Lee McQueen has not heard mysterious voices. Still, as the University of Nebraska at Kearney expands into acreage once used to farm corn and alfalfa, the expansion carries a “The Field of Dreams” message: “Build it, and they will come.” 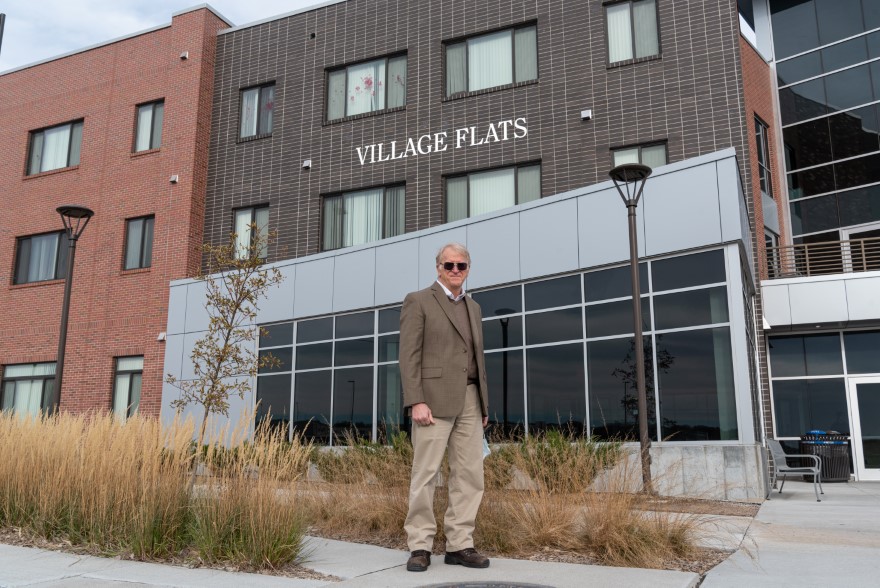 The director of facilities management and planning at UNK, McQueen has overseen growth that’s pushing the university into new realms of learning. When students graduate, the hope is they’ll stick around to use their knowledge and skills in the surrounding rural communities.

Though McQueen’s been in his post for more than 15 years, each new project—from a children’s learning center to the new allied healthcare facility—has been a learning experience for him, too. Technological and infrastructure requirements vary from building to building, innovations bring challenges and rewards, and sometimes, even billionaires want to lend a hand.

Most of all, the natural barrier once dividing the campus between its academic core and agricultural holdings is being bridged for a future that benefits both the university and community.

“UNK is accessible, affordable and offers hands-on learning, supporting the region by being a big-school experience,” McQueen says. “With our expansion and new facilities, we’re also making better use of the land resources we have.”

Out here in the fields

The University of Nebraska at Kearney was founded in 1903 as a two-year, state supported “normal” school established to train teachers. In 1921 it became Nebraska State Teachers College at Kearney and its four-year programs were accredited in 1923. 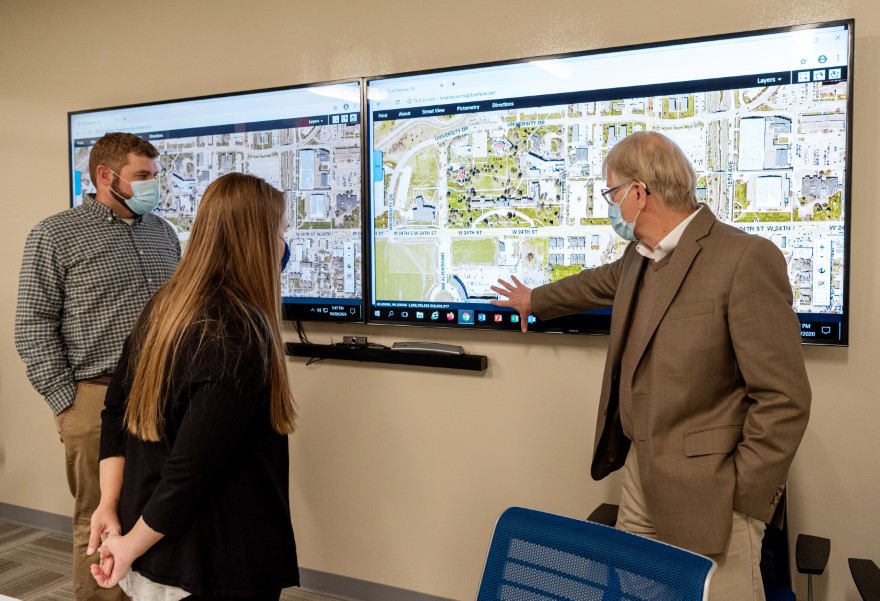 Master’s level programs were accredited in 1971, and in 1991 the UNK joined the University of Nebraska system. It now enrolls about 6,300 students, including 1,850 in its graduate programs.

Don’t confuse UNK with the University of Nebraska Lincoln, McQueen emphasizes. UNK is a burgeoning campus 130 miles west on Interstate 80, near the banks of the Platte River and bisected by an agricultural canal flowing into the river.

In expanding the campus and pulling its community together, the school has heeded Horace Greeley’s call to “go West,” by building its University Village on the west side of the canal.

It’s also gotten a boost from the shared vision of the University of Nebraska philanthropist Susie Buffett, via the Buffett Early Childhood Institute, for one of its newest additions. 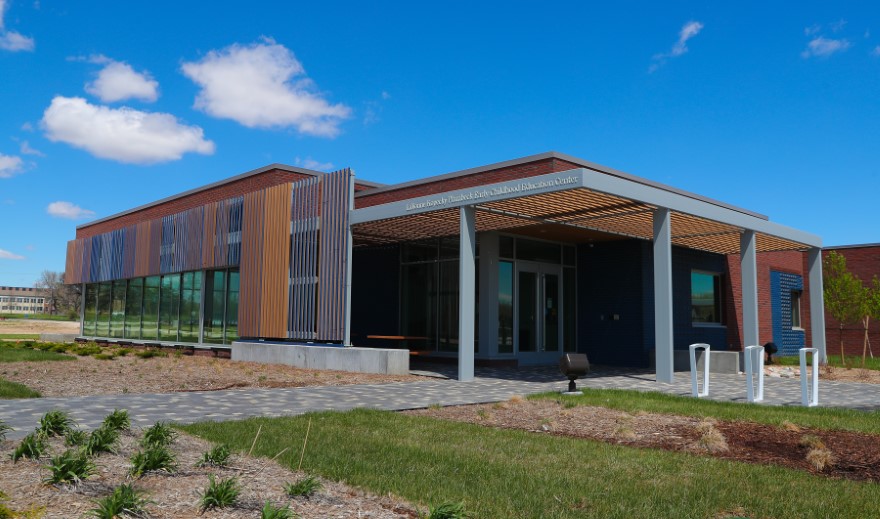 In guiding the construction of 11 classrooms built to serve 180 children from infant to pre-K, McQueen teamed with planners, architects and Hampton Construction of Lincoln while learning the intricacies of building a large-scale facility for smaller users.

“For instance, we need plumbing fixtures that are not typical, such as scaled toilets and hand sinks for small children,” McQueen says. “All of it has to be scaled and conceptualized for kids, whether it’s the inside features or outdoor ones like playgrounds. I’ve built a lot of square feet in my time, but we needed experienced partners to develop a successful project.”

Though the Plambeck Center is not yet in full use because of the COVID-19 pandemic, UNK’s 90,000-square-foot Discovery Hall opened in August, ahead of the fall semester. 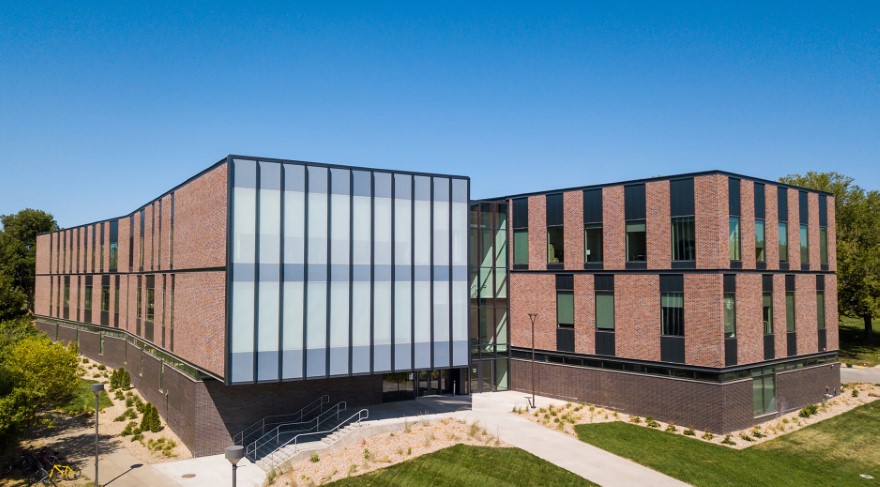 “We needed something more in tune for the way we are teaching today to provide for those degrees,” McQueen says.

Not only does Discovery Hall add state-of-the-art instructional space for physics and engineering, it’s also home to the aviation systems Redbird flight simulator. Cybersecurity program students will have a touch-screen video wall that McQueen says is like a “20-foot-by-6-foot iPad.”

As with the Plambeck Center, Discovery Hall was built to provide the training and learning that might build and keep a skilled workforce in the Kearney area. These buildings echo the collaborative concepts of the Health Education Science Complex opened in 2015. 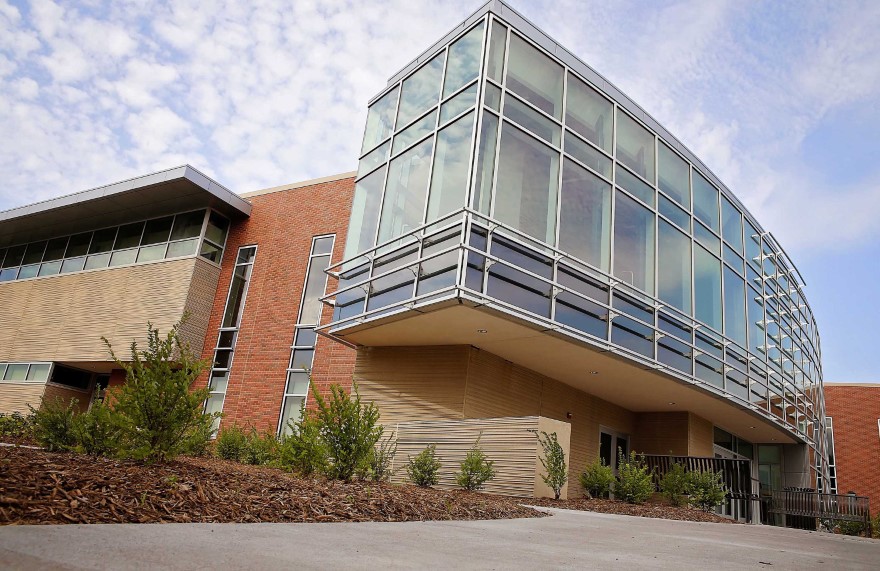 The 48,000-square-foot building allowed the University of Nebraska Medical Center College of Nursing to expand total enrollment by 40 students while adding a nurse practitioner certification.

Inside are three simulation suites, four exam rooms, and assessment, musculoskeletal and neuromuscular labs. UNMC’s College of Allied Health Professions provides opportunities for students to train in the administration of MRIs and the cardiovascular interventional technology that captures images of the heart and the blood vessels that surround it.

Most important, perhaps, is the emphasis in both colleges on training in rural primary care. As McQueen notes, 80 percent of UNMC students are from Nebraska—most from within 100 miles of Kearney.

The development of University Village, which also includes new student housing, is far from complete and envisioned projects could cost as much as $400 million spread over the next 20 to 40 years. As much as $100 million of that could be used in the next five years and would include a joint project with the city for a tennis facility now under construction. 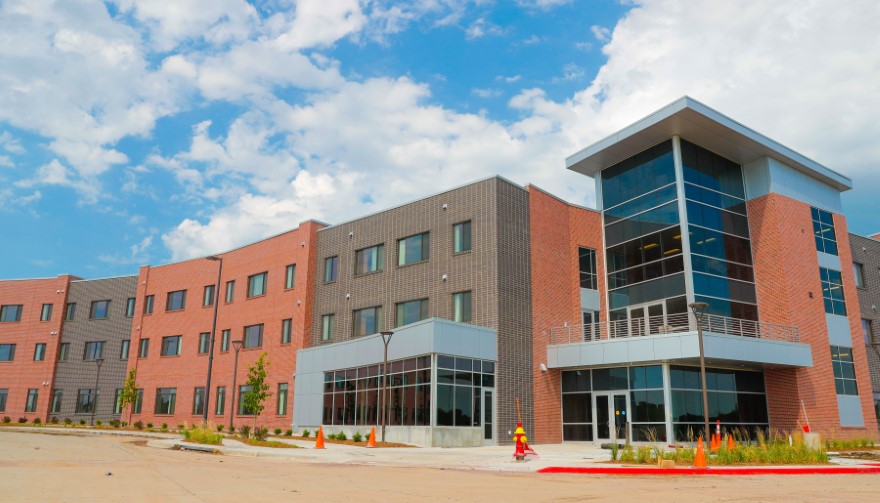 A Kansas native who earned two bachelor’s degrees plus a Master’s in Engineering Management from Kansas State University, McQueen worked at KSU and three other universities before coming to UNK in 2005.

Though UNK leadership had long intended to cross the canal as an expansion strategy, the areas of learning from arts to sciences and community impact are still astounding to McQueen.

“Whether it’s a new student taking English 101 on day one, the returning student who wants a well-groomed campus, or the visitor that wants to attend music, theater or athletics, the campus is for them all,” he says. “It’s fun to be part of the group that works every day to give them a great experience.” 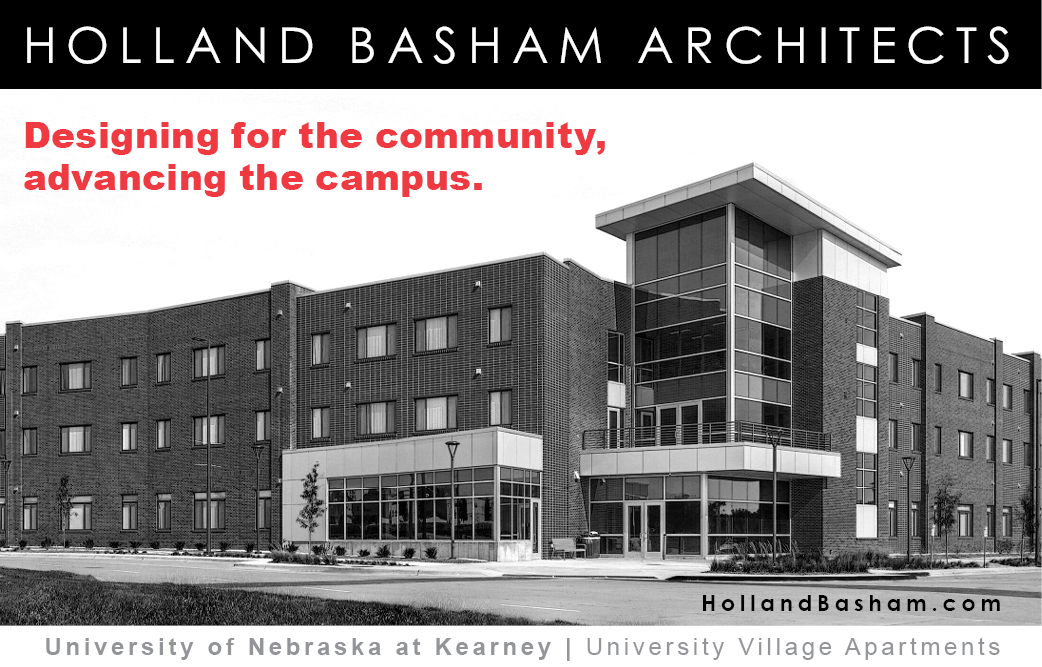