Places for seniors to live, not just survive

It’s not a pleasant memory for Lavernne Hudson, that her late, sight-impaired grandfather needed care beyond what the extended family could provide.

He spent his last years in a very institutional facility, and while the place wasn’t uncomfortable, something seemed to be missing. The man deserved better surroundings and more personal attention, she recalls, especially after he moved with other family members from Trinidad to Ontario and lived so selflessly. “I watched him diminish under the conditions he was offered in that facility, so every day I work to deliver the best care to our residents,” Hudson tells Blueprint this past January. “It could have been his age, but it also could have been the environment.”

Herself a native Trinidadian who came to Ontario as a 5-year-old, she has tried throughout her career to support Canadians opting for senior living communities or in need of something more intensive. Vice president of construction at Toronto-based Amica Senior Lifestyles since 2015, she’s constantly improving more than 30 premium living residences in Ontario, Alberta and British Columbia, and overseeing around a half-dozen others in various stages of construction. 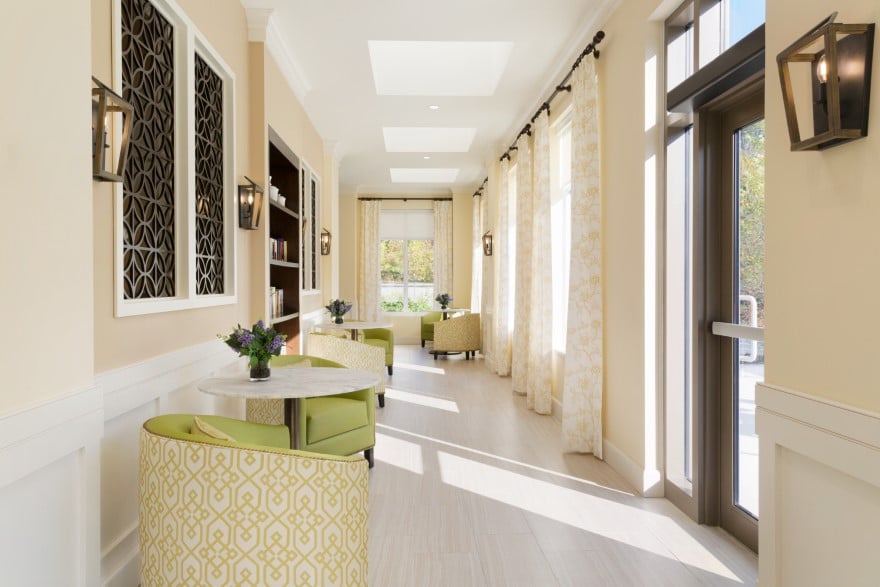 Though in diverse surroundings, Hudson assures that all these residences are designed to make one’s golden years more fulfilling. For the more active seniors, amenities include suites with access to furnished areas, swimming pool, workout facility, home theater, billiard parlor, hair salon, on-call care and options for communal dining. For those whose care needs are more advanced, Amica provides the means to still live independently with behind-the-door services. The residences also reserve wings for those in need of memory care.

For the young at heart

For it is a new generation of seniors, she goes on to say. Beneficiaries of healthy lifestyles and improved medical procedures, many 70- and 80-somethings retain the physical and mental acuity of people much younger and want to live as such. Some might even say that post-55 life is the most fulfilling, with the mortgage paid off, the children on their own and the ability to downsize and avoid the headaches of home upkeep.

Seniors and those soon-to-be, who live and work around Canada’s capital, should have a new option come mid-2022. A nine-story residential complex is taking shape in a historic Ottawa neighborhood, with retail planned on the ground floor and elegant, all-inclusive senior living above. Known as The Glebe, it will be  another example of Amica’s presence in Canada’s most prestigious urban settings.

Around 2,700 miles to the west, there’s an addition underway at a residence in Vancouver and a five-story building for assisted and independent living under construction in Victoria on the southeast tip of Vancouver Island. While COVID-19 has interrupted some supply chains and forced social distancing and personal protective equipment on work sites, Hudson says the capital projects are progressing as well as practically possible. Where expansion or renovation are underway, she adds, it’s with attention given to creating the least disruption to tenants. 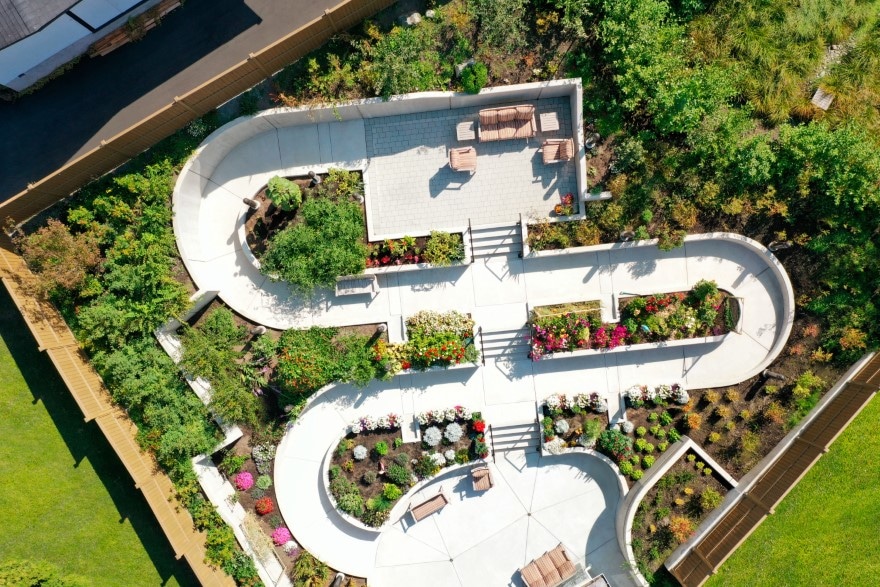 Pre-pandemic, she often visited Amica residences in the three provinces, but since last year has mostly worked remotely or limited travels to the Ontario developments. She credits her project managers in British Columbia and Alberta for maintaining company standards and keeps tabs via weekly video conference calls.

“We’re always concerned about equipment and other items being delivered on time,” Hudson says. “So much of what we need isn’t manufactured here and there can be long lead times in getting something in from China or the United States. Though we may not need something right away, we order and store it.”

Having been brought to Canada as a small child, Hudson’s memories of Trinidad aren’t that vivid, and she’s always considered the True North her home. While it could be challenging for a girl of color to assimilate in an all-white classroom, she took her education seriously and commenced with drafting in high school.

“That piqued my interest in architecture and I pursued it,” she notes. “I liked looking at a building and seeing how it was designed and how I might have done it.” 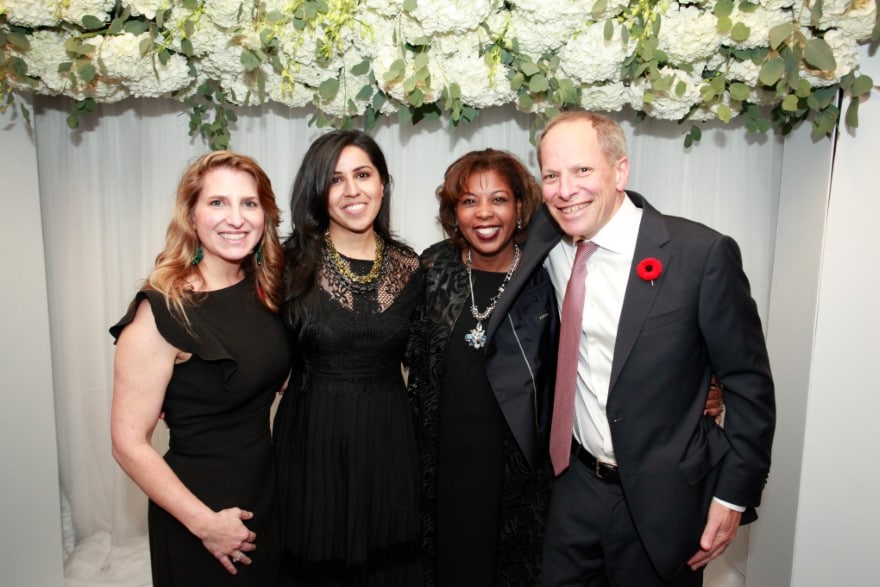 She liked it enough to be one of just a handful of young women in the architectural and building sciences curriculum at Ryerson University from 1988 to 1992, further distinguishing herself by working concurrently as a draftsperson for Extendicare Health Services Inc. A Markham, Ontario, company that operates over 100 facilities, the company thought enough of Hudson to retain her long after her graduation, eventually promoting her to assistant project manager of development.

By the time she left Extendicare in 2004, she had been involved in the construction of 15 long-term care residential complexes. That positioned her for a greater role at Chartwell Retirement Residences in the greater Toronto community of Mississauga, where she was vice president of assets and project management until 2015.

A member of the Amica team since then, Hudson calls the last six years the most exciting of her career, with her company at the forefront of a new approach to senior living. It’s been a learning curve, she says, about her employer diversifying its portfolio with urban high-rises, and how there might be growing demand for such facilities. As The Globe and Mail wrote last year, Canada’s aging population is on the rise, but the country lacks the resources to match. Amica tries to fill this void. 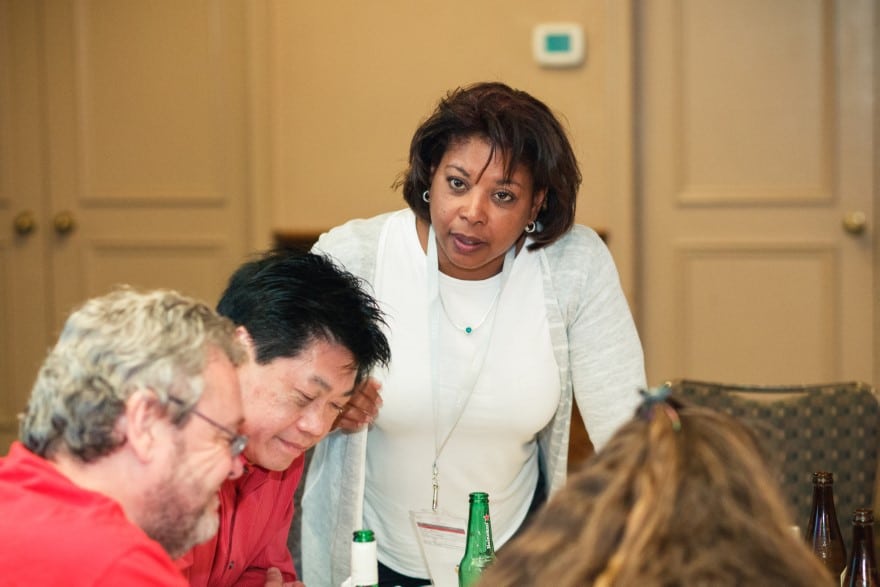 Practically everybody has some connection to a senior citizen, she reminds—maybe they are one or are caring for someone who is.

Hudson now falls into that second category, she and her husband welcoming her 83-year-old father into their Stoney Creek home. Too many other elders, however, aren’t so lucky, and that includes her late grandfather.

“That’s what drives me,” Hudson says. “Being part of an effort to create an environment that helps seniors thrive.”