Weathering the storm, leaning on experience

Most people go through life never having owned a business. Larry Wombles owns four in industries ranging from pump stations, sewer and lift stations, and grading operations, to agricultural, petroleum and public works.

And while owning that many companies in such diverse industries has its perks, it also comes with many challenges, especially during a global pandemic. 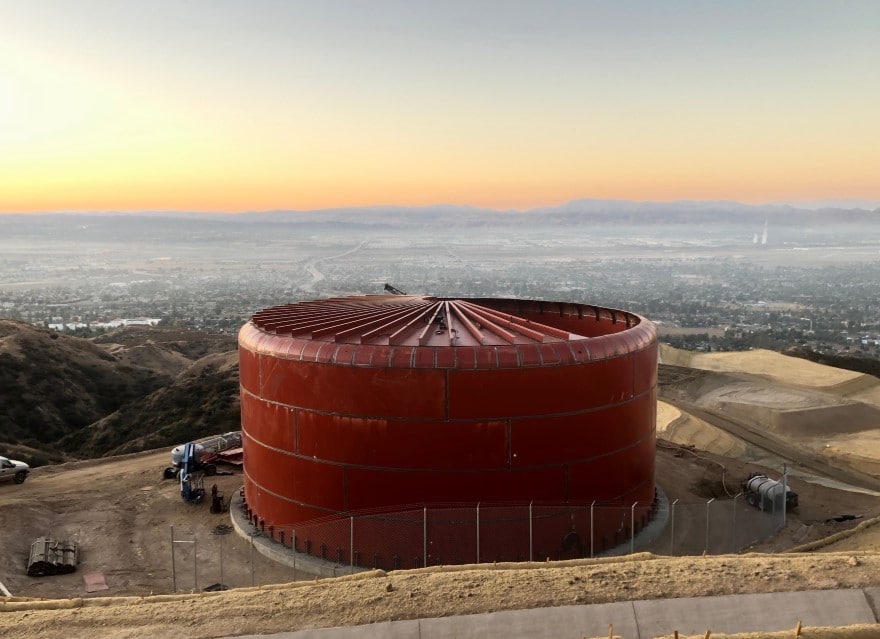 Wombles is the president and CEO of Associated Construction and Engineering, the parent company of Paso Robles Tank, RSH Construction Services, West Coast Industrial Coatings, and Associated Tank Constructors. Each business has seen a downturn in revenue since late February because of the pandemic, as well as and oil disputes between OPEC and Russia.

“We’ve gone through economic downturns before, but nothing like this,” Wombles says. “There’s no playbook nor experience one could draw on for reference. Everybody is working from gut instinct and sharing their thoughts.”

Having a strong team of executives, mid-management and employees has been pivotal in the company’s handling of the crisis, he says, because it’s not just him making decisions. Likewise, he says a positive team workplace culture has helped.

“We wanted to make sure our team kept working and kept getting paid,” he says. “It’s been a challenge with the economic impact of all this.”

Each of the businesses under the ACE umbrella have been impacted in different ways. For instance, PRT’s stainless steel division makes specialty stainless steel wine tanks used in high-end wine production; and while Wombles says people are drinking more because of stay-at-home orders, according to national statistics, people are buying their wine from stores instead of the restaurants and bars that purchase the higher-end wine.

“Our stainless steel wine market has been decimated. We used to be a $12.5 million a year business, but right now we’re probably going to be about $4.5 million to $5 million this year,” Wombles says. 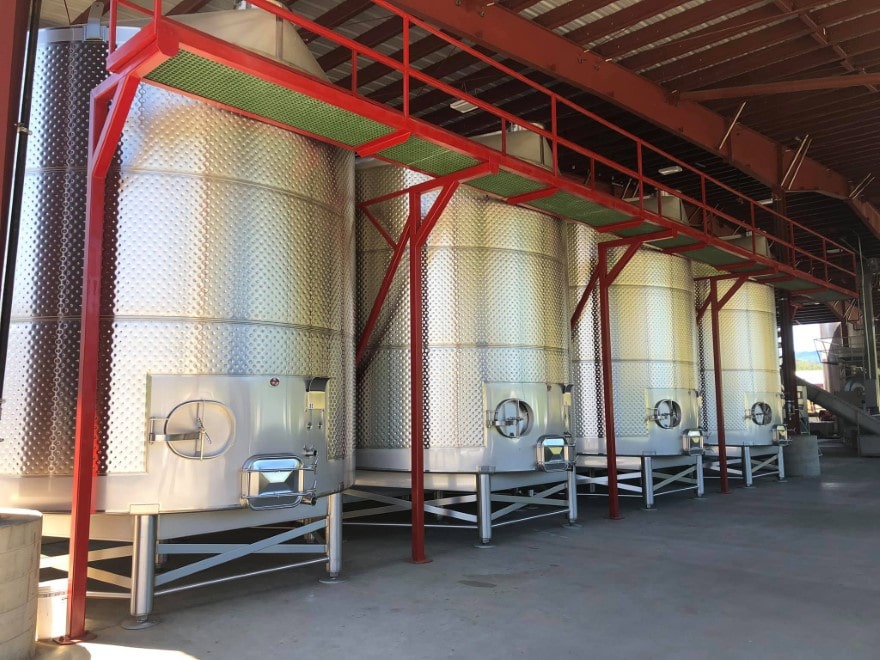 Likewise, Wombles says that the petroleum tank business—new tanks and repairs—is doing about 10-15 percent of its normal business, and he doesn’t see it coming back for six months to a year, or until the price of oil is back above $65 a barrel. The good news is that repairs and maintenance are still needed to comply with regulations to remain in service.

The other entity—which provides repairs, maintenance and new tanks for the waterworks industry—has about 25 percent of its business placed on hold, Wombles says, because different water districts weren’t sure if they’d be deemed essential businesses, whether funds would be available, and if California’s governor would allow new construction to continue.

All of this has had a huge impact on Associated Construction’s bottom line, but Wombles says he and his partners have made every effort to keep the company moving forward—and keep people employed—during the pandemic.

Wombles thinks that the wine tank industry will be the first to bounce back once restaurants and bars reopen and people feel comfortable going to those establishments. He admits there’s more upside and growth in an oil industry recovery, but he doesn’t foresee that happening anytime soon.

“With so much oil being produced and not enough capacity, combined with wind and solar power, I really see the industry starting slow,” he says. “I don’t think it’ll ever fully come back.” 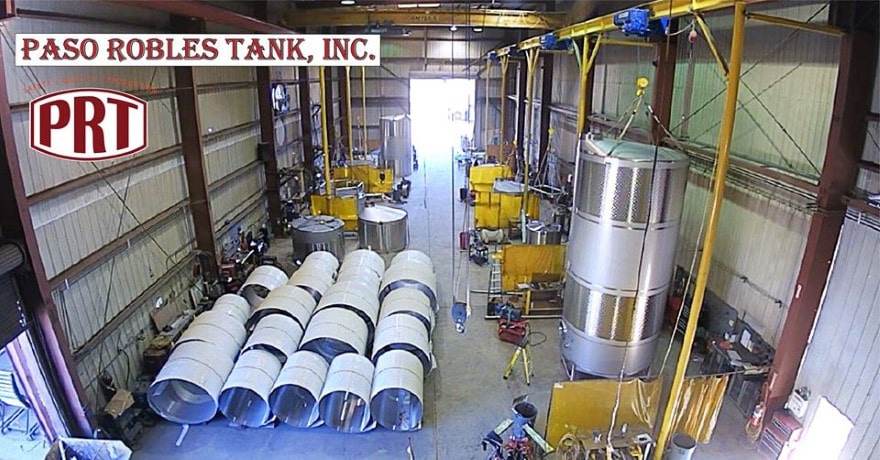 Wombles says as long as there are cars on the roads and planes in the sky, there will always be a market for oil, but right now, the airline industry is down and the cruise industry has stopped, which means there’s a lot of fuel not being used.

As for the parent company, ACE, about 60 percent of its office staff have been working remotely the last several months. It’s something management was not in favor of in the past and was pleasantly surprised to see that productivity remained. Many staff members opted to continue working from the company’s offices. ACE’s safety team developed a safety protocol per the CDC and other guidelines, which has kept the staff safe and uninfected, Wombles says.

Leading during a global crisis

Wombles always dreamed of going into business for himself. After serving in the U.S. Marine Corps for a few years and working at another tank company managing their welded tank division for seven years, Wombles and a group of other tank erectors purchased Paso Robles Tank and haven’t looked back.

As the CEO, especially during a global pandemic that’s killed hundreds of thousands of people and decimated industries around the globe, Wombles says he’s put a lot of faith in God, and trust in the group of subsidiary presidents who contributed to the survival and success of ACE’s companies through these unprecedented times. 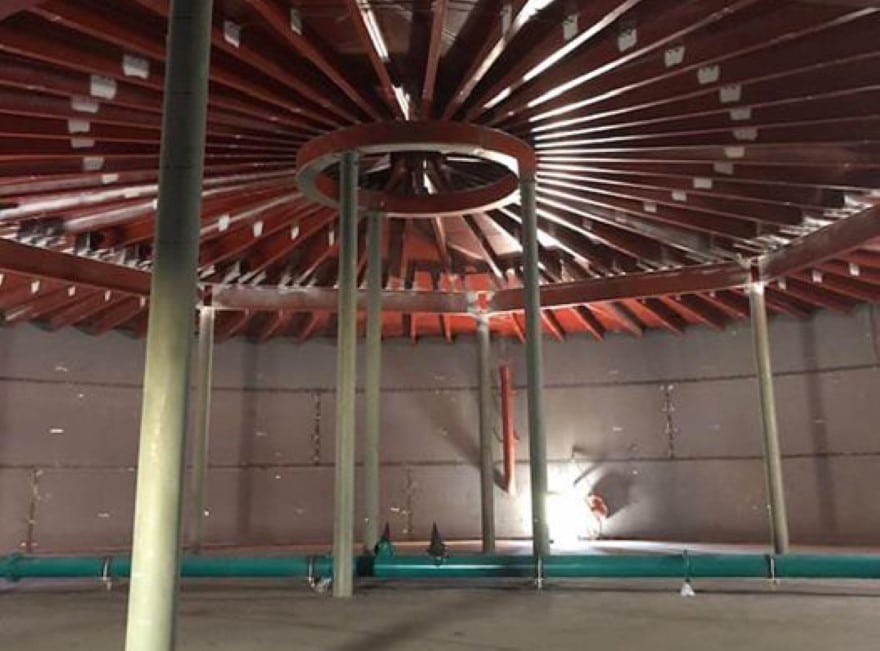 “It’s certainly been a real good time to reflect and figure out what your goals are,” he says. “We’re having to change our 2020 projections due to changed conditions. The goal posts keep moving.”

Reducing overheads and readjusting priorities hasn’t been easy, but Wombles and his partners are leading by example, and he says they’ll continue to watch the markets and try to at least break even until the market allows for the profitability seen before the pandemic and OPEC versus Russia oil war.

“Our prayer is to be able to bring back any laid off staff members as soon as possible,” he says. “The layoffs were not by choice but for survival, and it has affected everyone.”

If there’s been one silver lining through all of this, it’s been watching a number of employees step up, take charge and show themselves to be the future leaders of these companies. Wombles says he’s proud that PRT’s CEO Shawn Owens and President Shane Wombles have identified creative solutions to problems.

Likewise, he says the leadership of Tom Uppena and Travis Ginter at RSH have helped keep that subsidiary operational and keeping up with the workload of its sister companies. ATC’s union tank and coatings division has been hit the hardest and both President Dennis Krueger and Vice President Bryan Wombles have stepped up and made some of the most difficult decisions to address funding shortfalls.

“We’re just like every other business out there trying to survive,” Wombles says. 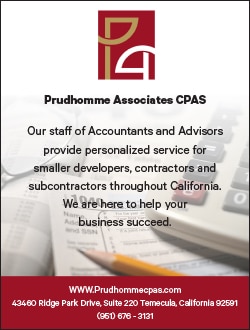