Making desert living at its finest

It’s not too far from the famous Las Vegas Strip, though Summerlin can feel like a much different place. Here one can find some quietude as well as liveliness in a very walkable and progressive master planned community on the outskirts of Sin City and into unincorporated Clark County.

How the Spring Mountains and Red Rock Canyon glisten during those Southwest sunsets. How removed one feels from the bright lights and extravaganza just a short drive away.

“The best place to live, work and play,” says Larry Golden. “I know that sounds cliché but it’s really what we’re shooting for.” 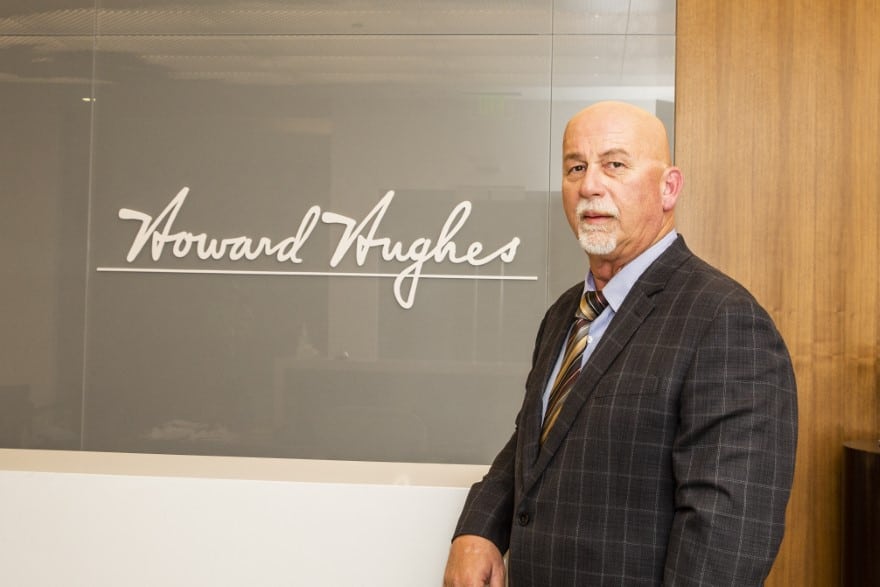 Regional vice president of design and construction management for the past three years, and a member of The Howard Hughes Corp. since 2013, Golden oversees what’s essentially a small city expanding on around 25,000 acres once owned by the late and eccentric billionaire for whom the development company is named.

Hughes having died in 1976, 14 years before grounds for Summerlin were broken, his name might be mostly familiar with those of a certain age. But it could be that in some afterlife Hughes—himself a land developer in addition to film director, aviator, engineer and golfer—might approve of what’s been rising on his favored piece of the world.

Could be Hughes’ grandmother, Jean-Amelia Summerlin, approves as well, this community named after her.

One of six master planned communities in the Hughes portfolio, Summerlin has been in the making since 1990 and it’s ranked among the nation’s top sellers for the past dozen years. A former electrician who worked his way up the construction management ladder, Golden has honed his skills on projects in 48 states before and since accepting the Hughes post three years ago.

At the time, Las Vegas was well into a growth spurt that’s yet to abate. A low-tax state graced with a favorable climate and recreational opportunities to boot, Nevada has benefited from an influx of newcomers, often well-heeled Californians. As corporations moved headquarters or established satellites here, the economy diversified beyond its longtime staples of tourism, entertainment and gambling.

Under Golden’s leadership, Summerlin continues to respond in kind by expanding three distinct neighborhoods: Summerlin North, Summerlin South and Summerlin Southwest. While another in-house team forges partnerships and covenants with homebuilders to prevent cookie-cutter construction, Golden applies a similar mindset to commercial offices, multifamily residential complexes and athletic facilities. A general rule is all development be Mojave Desert-friendly with restrictions on signage. This, of course, is not The Strip. 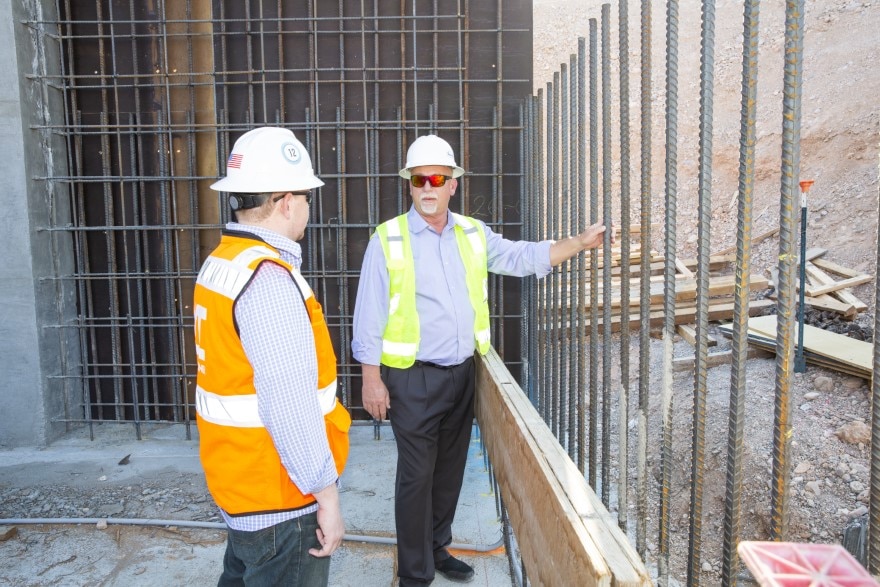 Concurrent with growth comes the amenities and necessities for over 100,000 residents. That includes two dozen-plus public and private schools, first-responder facilities, 14 houses of worship, nine golf courses, office parks, a hospital and 250 recreational parks and another 200 miles of scenic trails for walking and biking.

While there are still several thousand acres open to more development, a land exchange with the federal government ensures large swaths of real estate will be conserved. Water conservation also is practiced.

“While water rights were grandfathered in our development, as Lake Mead dropped, we changed how we do landscaping,” he says. “Reuse is part of the Las Vegas strategy, and we reclaim almost all that’s not used in irrigation. For the most part, there are no grassy areas except where needed, and that minimizes our need to irrigate.”

League of its own

Las Vegas also growing as a sports town, it gets an assist from Hughes Corp., on several fronts. In 2013 the company bought the Oakland Athletics’ Triple-A team, the erstwhile 51s, and around the time of Golden’s arrival five years later broke grounds for a new ballpark on Summerlin property.

The naming rights sold to the Las Vegas Convention and Visitors Authority, the state-of-the-art Las Vegas Ballpark opened to critical acclaim in 2019 and the team aptly rebranded as the Aviators.

“Players say that when they’re sent up to Oakland [California], it’s a step down as far as facilities go,” Golden says with a laugh.

For this ballpark may be the class of the Pacific Coast League, it being a 10,000-seat venue where backsides are kept comfy and cool on breathable mesh, and there being a pool beyond the centerfield wall, a near-4,000-square-foot video board and hundreds of Wi-Fi nodes. 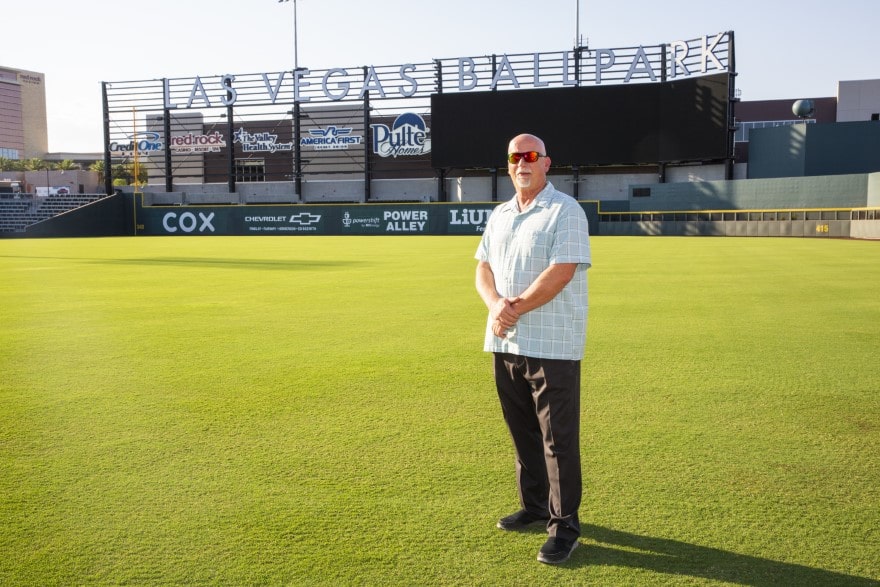 Meanwhile, Oakland’s 1960s-era RingCentral Coliseum is so antiquated that the NFL’s Raiders left it for Las Vegas last year. Occasionally there’s talk of the Athletics coming here, as well, and while Golden would welcome any team’s move, he’s got plenty now to satisfy his business and sporting interests.

A hockey fan, he’s thrilled that the NHL’s Golden Knights practice and maintain their headquarters in double-rink City National Arena, the facility owned by the team but on Summerlin land owned by Hughes Corp. The modern sports facilities, along with so many other Summerlin attractions, have led to spinoffs that now include a 10-story commercial building, a big apartment and fire station under construction.

Yes, somewhere, the late Mr. Hughes must be smiling. Golden sure is, having made Summerlin his home.

Headquartered in The Woodlands, Texas, the Hughes company has three divisions: master planned communities, operating assets and strategic developments. In Texas there’s The Woodlands and The Woodlands Hills, as well as Bridgeland in Cypress. Then there’s Downtown Columbia in Maryland and Ward Village in Honolulu.

While each has its charms, Golden is most at home in the Southwest and in the master planned community where he’ll continue to have such a strong hand in its evolution. 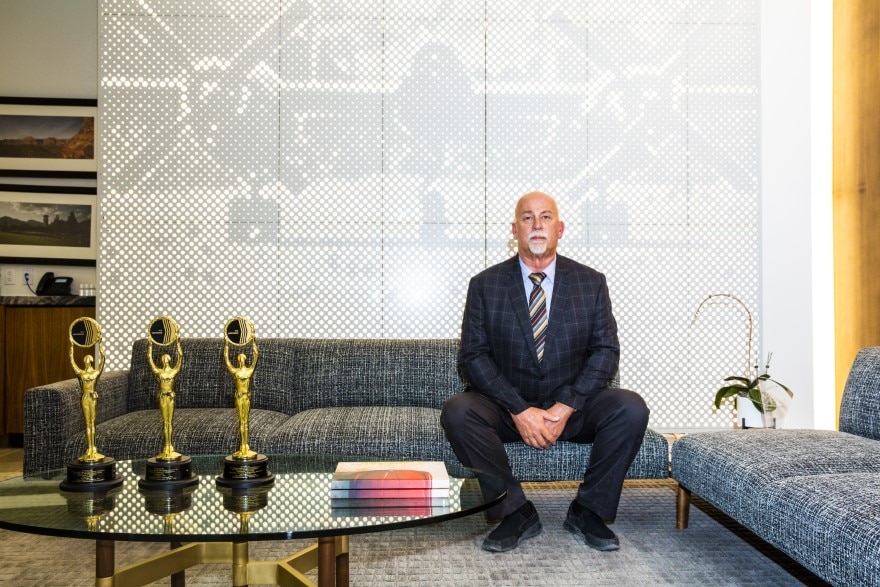 When Golden claims it’s the best place to live, work and play, he’s using the same description National Geographic Adventure afforded to Summerlin in 2007. That was six years before he assumed leadership, and Summerlin has only been enhanced since then. More recently Money magazine has deemed it among “the best places to live in America.”

Certainly, no dissent from Golden.

“Lots of sunshine here,” he says. “Three hot months but a nice climate the rest of the year, and very few weather delays.” 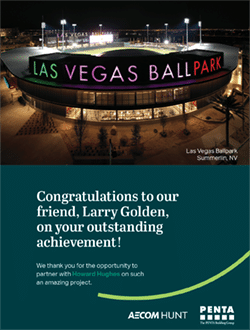 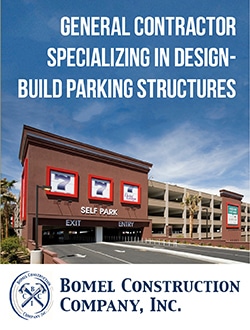 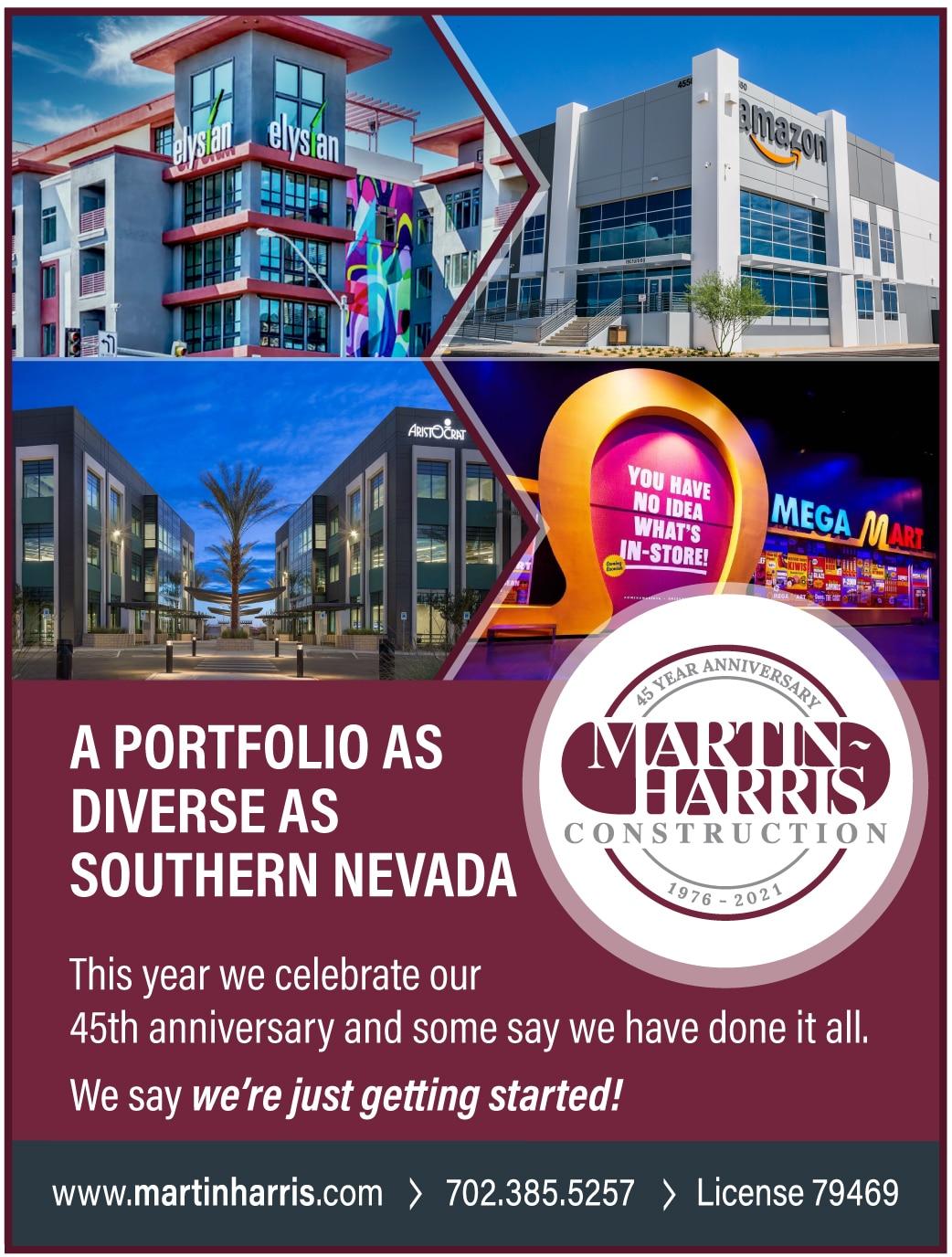 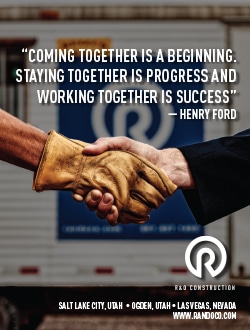 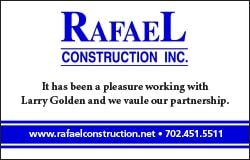