One good thing leads to another

When it comes to the facilities at Take-Two Interactive, one of the world’s largest interactive entertainment companies, few know the lay of the land better than Larry Charlip—its nooks and crannies, its quirks and idiosyncrasies.

As a teenager working in the mailroom at a commodity trading company, MG Corp., Charlip learned his first lesson in operational efficiencies—knowing what was involved in pulling the mail in off the street to delivering it throughout the building, on time and to the right recipient. 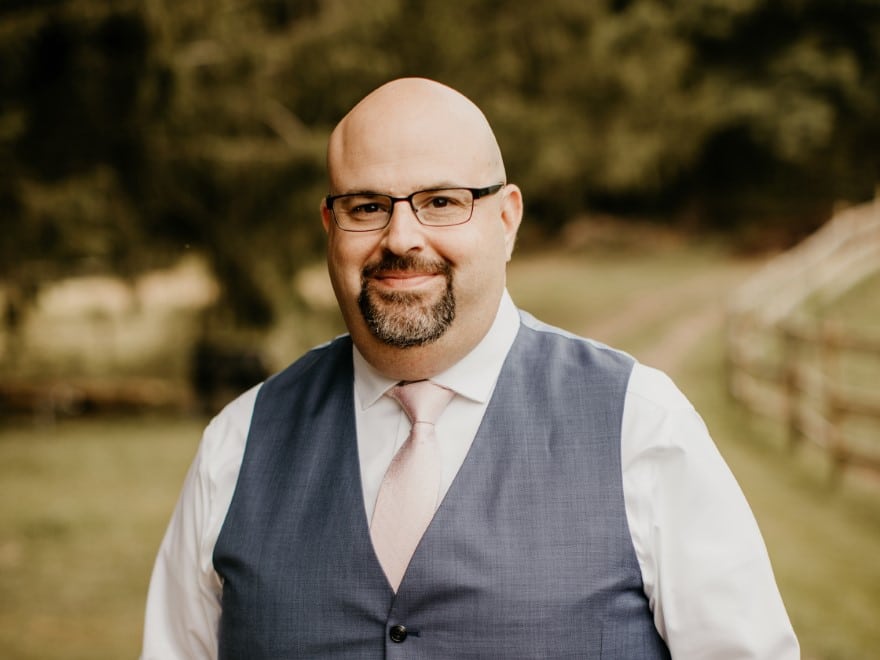 Now the company’s vice president of facilities management and corporate real estate, Charlip finds himself in charge of entire buildings—while overseeing the development of a brand-new international headquarters in London.

“One way or another I fell up the corporate ladder,” jokes Charlip, who joined the company in 2013 following a string of high-level roles. “I never took a college class in my life, but I drive myself. I just always made sure that with every job I took, I always traded up.”

From start to finish

Indeed, the move to Take-Two happened to be a pretty good upgrade.

Charlip doesn’t fancy himself a gamer—let alone a game developer. The creativity and attention to detail he brings to bear on the project-development front, however, have proved just as crucial to the company’s broader goals.

Charlip oversees each project, from concept design to moving in the furniture—and countless decisions in between. Now he’s applying lessons learned from Take-Two’s New York office overhaul to the development of the company’s international headquarters in London, currently in the design phase.

“These are two very different projects, but at the end of the day have the same goal—to put each team in a space that best reflects where we are going as a company,” he says.

At the time, Take-Two was sharing its space inside a trendy SoHo building with one of its labels, but the former’s rapid growth soon made the arrangement obsolete. As a result, Take-Two moved uptown to Bryant Park, home to numerous banking institutions and law firms. Admittedly, it was a bit of a nontraditional space for the interactive entertainment industry, but one that the C-suite execs thought was progressive.

“All told, it presented an opportunity to create a space that reflected us as an industry leader,” Charlip says. “And as for the employees, more than 80 percent surveyed two years later love where they are.”

While the cost of the project hasn’t been disclosed, there was a lot of attention to detail to make this 80,000-square-foot midtown space—once home to an Internal Revenue Services (IRS) office—hip and glam.

Considered “industrial chic,” with polished concrete and clean lines, it also sports terrace spaces and a gaming lounge for its 350 employees.

“It has a unique downtown feel,” Charlip says. “We struck a balance between offering a cool space, while being a corporate parent that showcases our company.”

Spread out over three floors, the site also sports a 6,000-square-foot entrance area with private access. In addition, Take-Two incorporated new technologies into the space including a visitor login system, Wi-Fi conference room, a lounge and collaborative working huddle areas throughout.

With the company’s headquarters squared away, it was time to cross the pond.

But while certain lessons will be applied to London—change management, transparency and the need for space for amenities—that’s where the similarities end.

“Each project has to be true to its location,” Charlip says.

While Take-Two’s crew of more than 100 employees was happy at its international headquarters in Windsor, England, for the past 15 years, the 13,000-square-foot space grew to be too constricted. 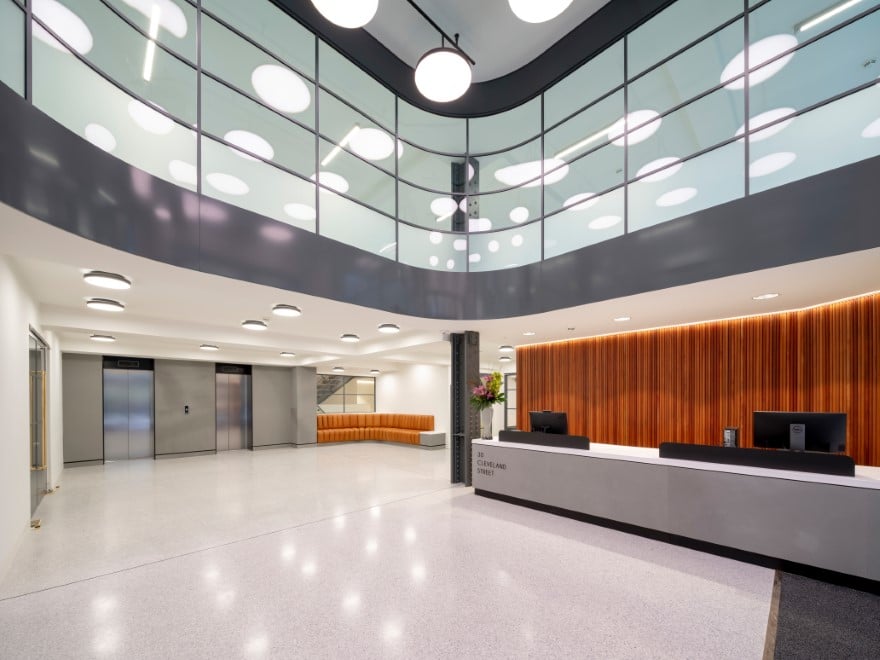 “We wanted something we could utilize for the next 10 years,” Charlip says. “We found that in Central London.”

In Soho, one of the city’s hippest enclaves, Take-Two found a 40,000-square-foot building with seven levels that will allow the firm to expand to more than 200 employees.

With construction expected to begin over the summer, Charlip says the company expects to move in the by the end of the year.

Whether it’s a massive international headquarters or new internal projects, he says that any initiative will gain greater acceptance when there’s buy-in from all the employees. That’s one of the reasons why his team incorporated the change management process in an effort to maintain transparency.

As Charlip explains, whenever a new initiative is proposed (including those involving the company’s facilities), open dialogue is encouraged early on between employees and management. To that end, Take-Two uses an internal website to post updates on multiple aspects of construction. In addition, the company has held employee engagement events and a speaker series to introduce the space to its employees.

“Our properties don’t feel standardized. When you walk into the office you know it’s ours and you know you’re in London, Paris or one of our development studios. You won’t ever come across the same furniture or color schemes,” Charlip says. “Everything is built to reflect the community it serves, with local design teams, engineers and project managers that will make it one of a kind.”

Indeed, “one of a kind” might well describe Charlip’s own decidedly non-traditional career path.

Graduating from Edward R. Murrow High School in 1993, he got his first job in the mailroom for MG Corp. thanks to the efforts of his sister.

From there, it was a 25-year progression, working in high finance, law firms and media outlets. Laid off multiple times, he always had his next job in place and traded up.

His big break in facilities management came in 1999 when he was named senior facilities coordinator at PharmaNet. Over the next six years, Charlip would help open five U.S. locations for the company. Later, working in facilities and security at Wenner Media in 2007, he took care of the facility that housed Rolling Stone magazine.

Arriving at Take-Two in 2013, Charlip’s star continued to rise, culminating in his promotion to VP of facilities management and corporate real estate in 2019. Overseeing multiple global projects across 45 locations—exceeding 1.2 million square feet—directly managing 15 of those sites and having 16 direct reports suits him well. Monthly trips to London, his second favorite city, are a perk.

As for his strategy for managing multiple projects?

“I don’t sleep much, but I’ve got a great team to work with who share the bandwidth on these projects,” Charlip jokes. “The great thing about all my managers is that we all have a similar background in the operation side of facilities.” 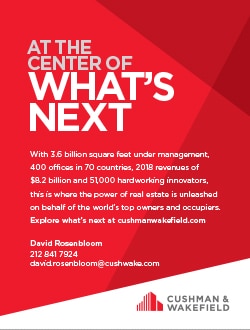 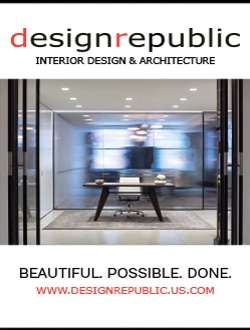 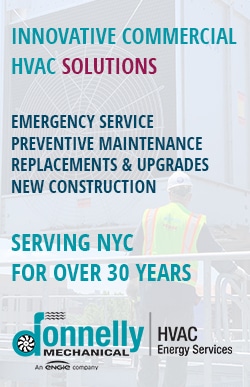 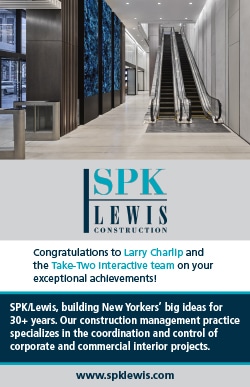