A school of hard challenges

The corner of 12th Avenue and Marion Street in Seattle is not what it used to be. Once at the heart of an industrial district that was also known for its auto dealerships, the intersection is part of a gentrifying neighborhood where single-story buildings are being replaced with condos, high-end retail—and, since it’s Seattle, more coffee shops. 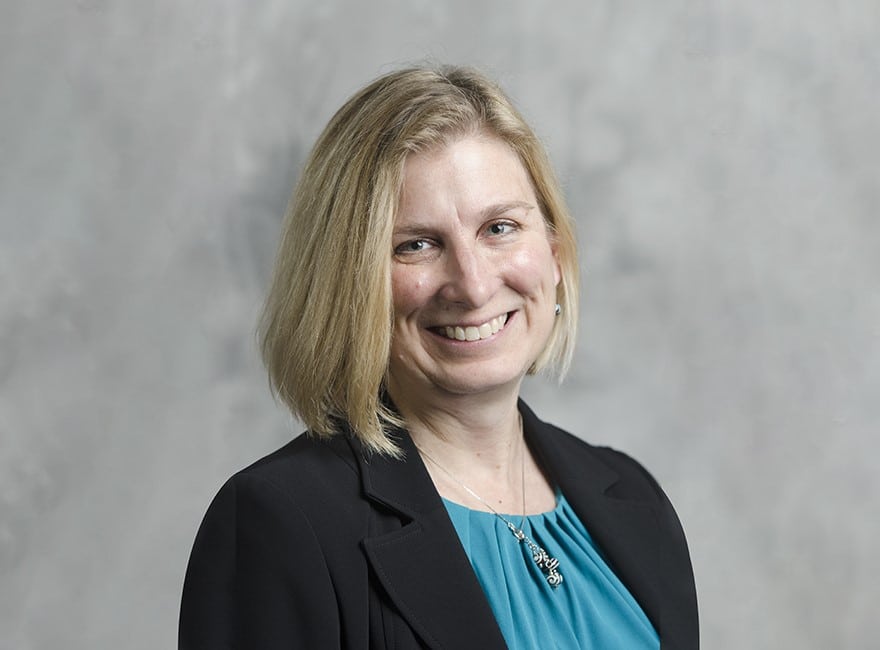 In spring 2019, the school began a long-planned expansion of its science buildings with both renovations and new construction. That all was planned to finish in time for the fall 2021 quarter.

Then construction took a back seat to public health as COVID-19 shut down the project for several weeks, and the pandemic has also required Branigan and her team to plan how to accommodate staff and students across campus when school resumes in the fall.

It’s hardly all in a day’s work, but Branigan faces her challenges with good humor.

“It’s been interesting to try and manage staff through all of this,” she says “One of the hallmarks of a good facilities manager is you always have plan B, or even C, D or E.”

Founded in 1891 by the Society of Jesus order, Seattle University was established to meet the Jesuit mission of providing education in the heart of the community, Branigan explains.

“But that comes with its own challenges when you want to build—you’re not looking at great swaths of open land” she adds. 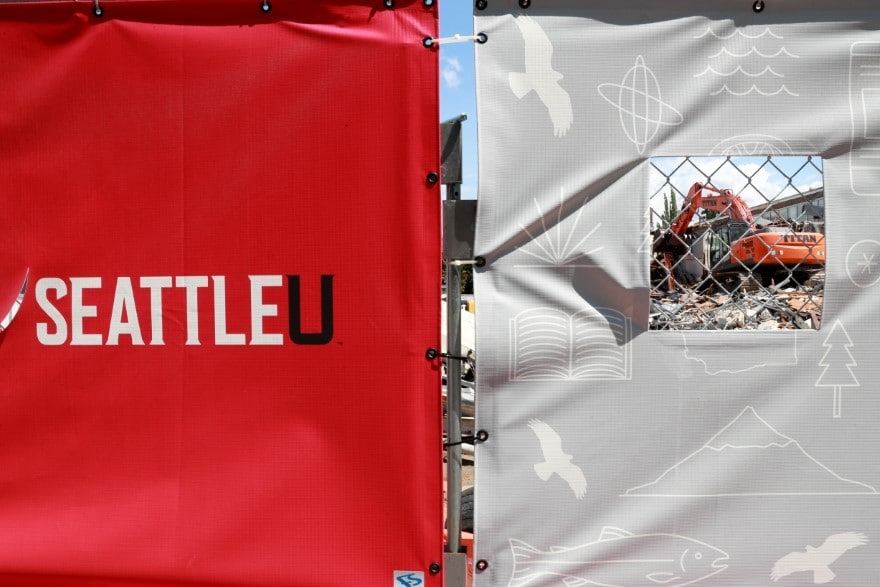 July 17th, 2019 – Construction crews work on demolition of the University Services Building on campus at Seattle University. The new Center for Science and Innovation (CSI) will be built in its place. Photo by: Yosef Kalinko

On the corner of 12th and Marion, the $153 million expansion updates the Bannan Science and Engineering Buildings and adds a new, five-story 111,000-square-foot home for the biology, chemistry and computer sciences programs.

Built to meet Leadership in Energy and Environmental Design (LEED) Gold certification, the new Center for Science and Innovation makes use of glass and efficient lighting, as well as heating and cooling methods that reduce energy demands by 45 percent (compared to a typical lab building of its size). The reduction in CO2 emissions would be comparable to the energy used in 500 houses, or taking 1,300 vehicles off the road annually, according to planning documents.

The expansion and upgrades were already in the works when Branigan joined the university in 2013, but like many long-range projects, portions were reassessed as needs changed. The new building is also going to be the new home of Seattle University’s radio station, Center for Community Engagement, a café and study and tutorial spaces for students, Branigan says. 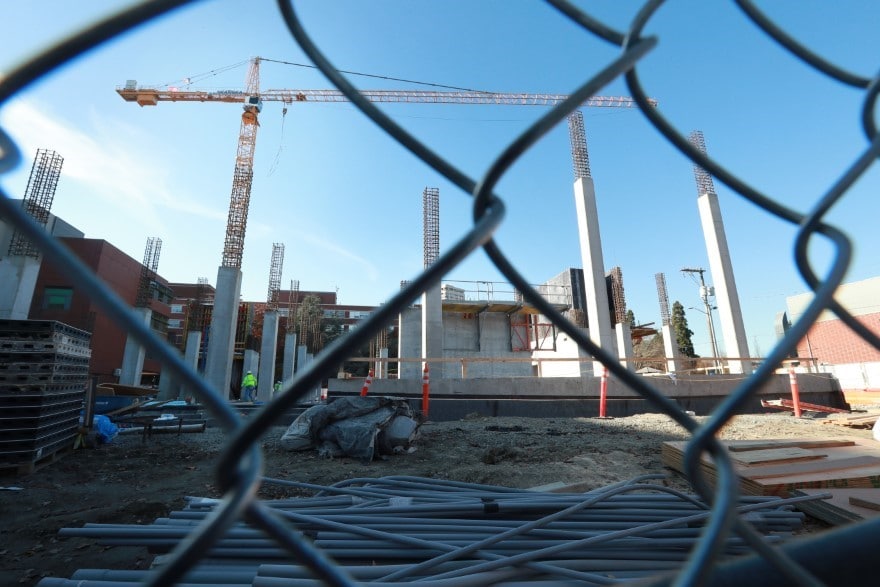 “We were given a real mandate by university board of trustees and president to make sure the school’s mission is shown right there on the corner,” she says. “We also want to make sure every student on campus walks through the building at least once a week.”

Many who walk through may end up staying a while, as the new building will have a maker space for students that will also be open to community members as part of Seattle University’s volunteer outreach programs, Branigan adds.

Even before groundbreaking, construction created some tense moments for Branigan—such as the night the entire university digital infrastructure had to be shut off in order to move it from the building that was razed to make way for the new one. 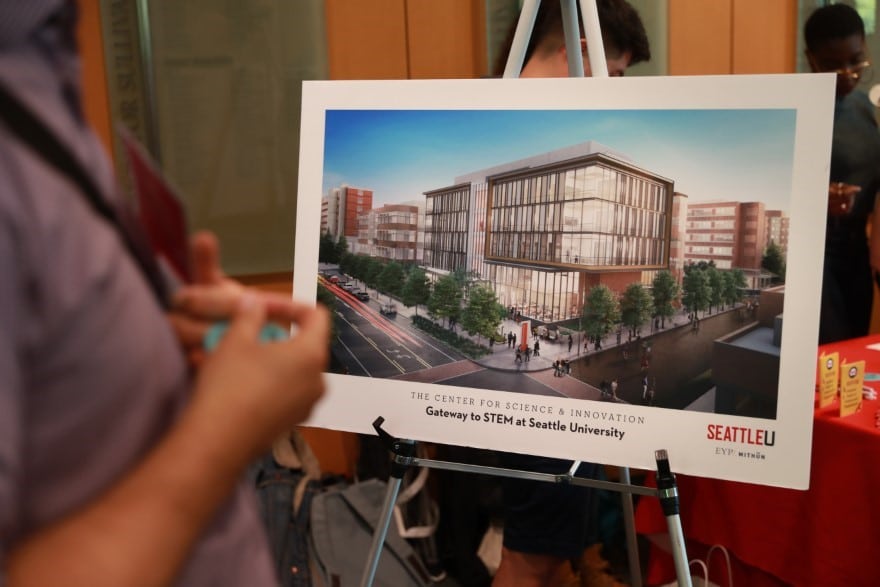 May 30th, 2019 – The Seattle University community celebrates the groundbreaking for the new Center for Science and Innovation (CSI) building to open 2021 on campus. The Center for Science and Innovation represents the future of STEM education at Seattle University. The CSI project includes construction of a new building and the renovation of two existing College of Science and Engineering buildings. It will help shape the world’s next generation of leaders, where students will gain the skills and knowledge to make significant contributions to society in the fields of science, technology, engineering and mathematics. Photo by: Yosef Kalinko

As the new concrete skeleton was taking shape, Washington was already getting hit hard by COVID-19 and the state shut down. At first, all construction projects were halted March 26, giving Branigan, her staff and contracting crews from Skanska just 36 hours to button down the site.

After about two weeks, Gov. Jay Inslee partially lifted the ban to allow some publicly funded projects to resume. Being a private school, Seattle University was not included in his order, but officials successfully lobbied the state to reopen the site in early April.

“Even then, it took a five-day ramp up,” Branigan says. “Now we have a fulltime medic on the site, everyone is screened every day, and everyone wears masks.”

While the project resumed, Branigan and her staff were also brought into planning for reopening the campus in fall 2020 by reviewing plans for every classroom in every building, as well as gathering and study areas, to see how social distancing guidelines can be met. 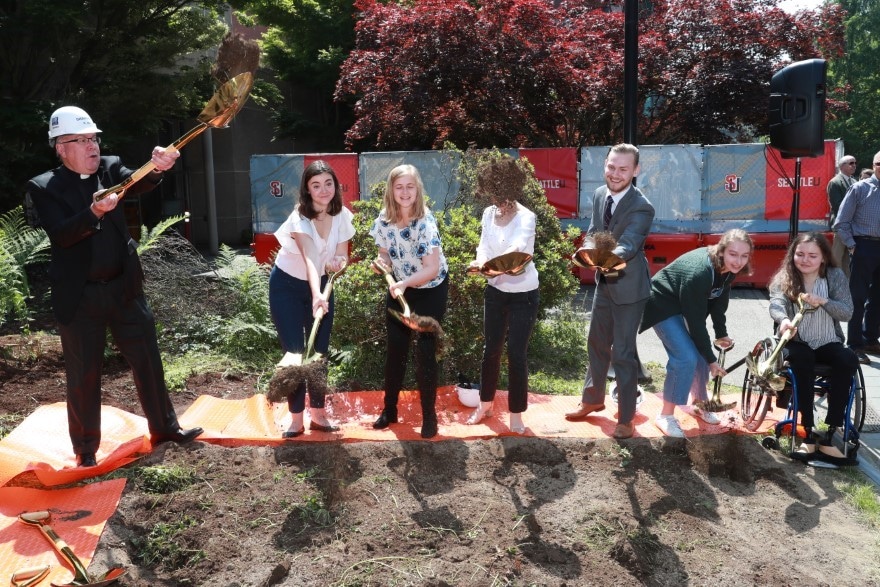 May 30th, 2019 – The Seattle University community celebrates the groundbreaking for the new Center for Science and Innovation (CSI) building to open 2021 on campus. The Center for Science and Innovation represents the future of STEM education at Seattle University. The CSI project includes construction of a new building and the renovation of two existing College of Science and Engineering buildings. It will help shape the world’s next generation of leaders, where students will gain the skills and knowledge to make significant contributions to society in the fields of science, technology, engineering and mathematics. Photo by: Yosef Kalinko

Adhering to those distances may also mean creating specific up and down staircases, lanes in corridors, and building a segregated testing room at the health center.

“I was told I have two absolutely important roles—get the science building done and we’re opening campus safely this fall,” Branigan says with a laugh, adding the start of the school year was also moved up by three weeks.

Given that the pandemic also ruined her planned April cruise ship tour of Portugal, Spain and Italy, that Branigan can laugh is notable. But for all the stresses, she says she enjoys being in a career that may have seemed off limits.

Though architecture was a first love, she was told as a girl that women should stick to interior design. And because Branigan is a woman of varied interests, she studied dance at the State University of New York at Purchase before injuring her knees, and then transferred to Fordham University, earning a Bachelor’s  in political science. 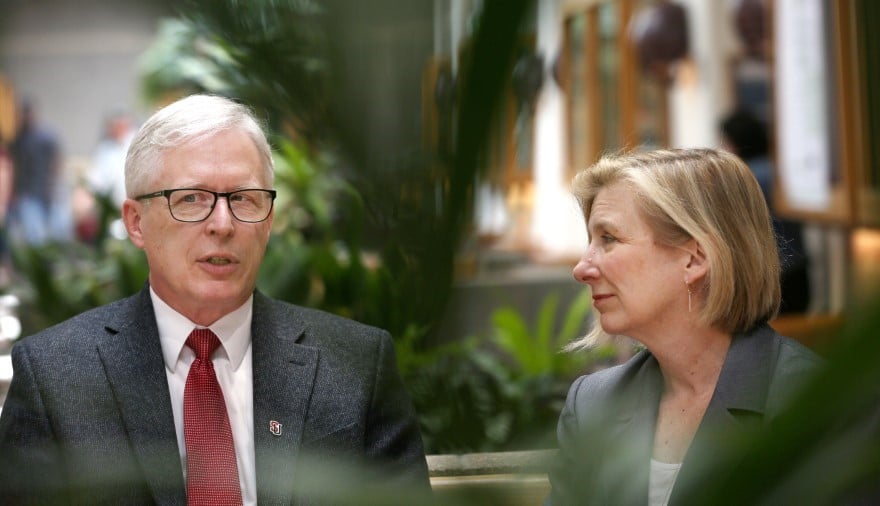 May 3rd, 2018 – Magazine Shoot with the deans of College of Science and Engineering. Photo by: Matt Lipsen

Following that, Branigan earned a Master’s in History from New York University. But architecture still beckoned, and at the urging of friends, she pursued it at the University of Washington, where she earned her Master’s.

Her career kept her in the Pacific Northwest, first with Schacht Aslani as a project manager. In 2001, she returned to the University of Washington as a project manager, guiding expansions such as the Paul G. Allen Center for Computer Science and Engineering. Her tech design work continued when she became a senior associate at Stock & Associates Inc., and Branigan loves the creative challenges her work has brought.

“One difference for me between design and decorating was I like space,” she says. “I like the volume of space and how you move through it. How do you move through here and celebrate science and have students understand they can succeed in it?” 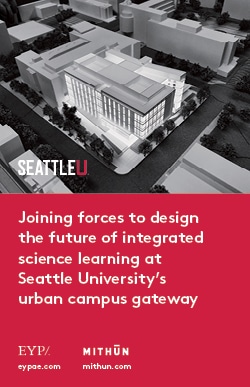 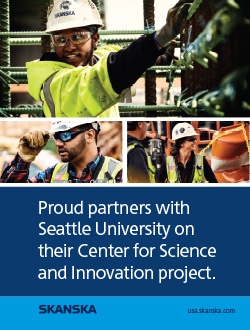