Keeping up with education by wandering around

On any given Monday, L. Gerry Von Ville likes to take a walk. But not just any walk, and it doesn’t have to be Monday.

Von Ville pokes around Concord University, the public university in Athens, West Virginia, where he serves as Director of Physical Plant.

He might key his way into Marsh Hall, adorned with a 48-bell carillon, and check lights inside the offices before walking down the hall to the attached Science Building to make sure the state’s only electron microprobe lab is secure. 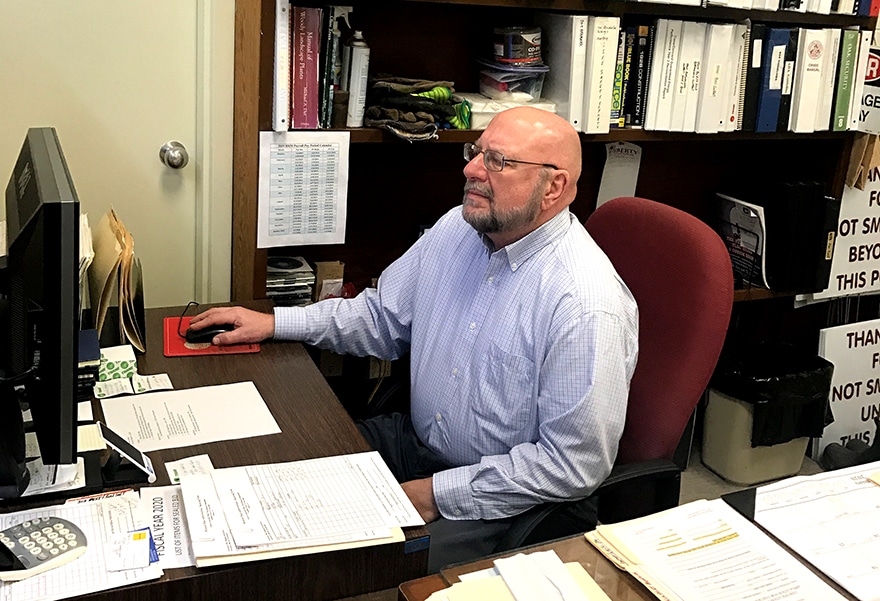 Off to the Alexander Fine Arts Center, it’s time to make sure the main auditorium is cleaned, art galleries are in shape, the H.C. Paul Theatre is prepped for practices.

There are the two gymnasiums of the Carter Center, along with its athletic offices, classrooms and indoor athletic facilities; the Student Center, featuring the cafeteria, food court, student government office, a ballroom and conference facilities. 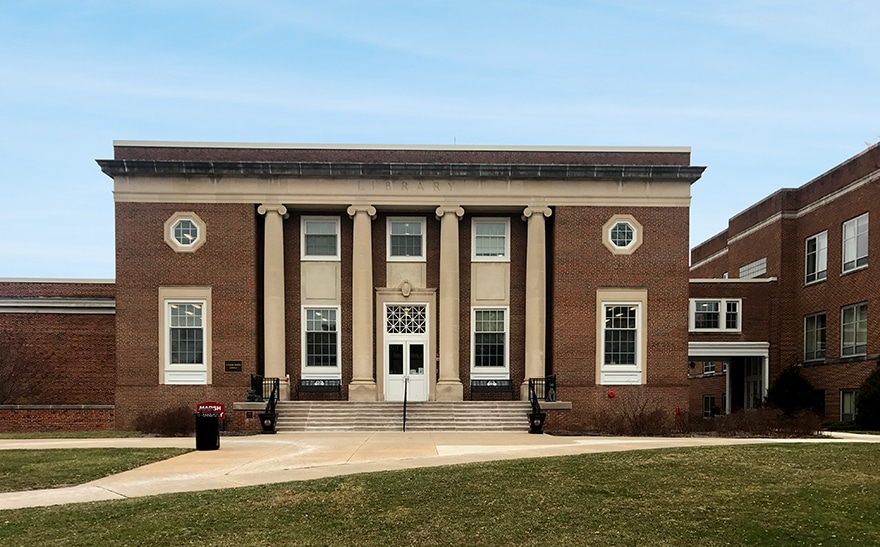 If it seems like he’s wandering, you’re exactly right.

“I am a firm believer in management by wandering around,” the affable Von Ville tells Blueprint. “I walk all the buildings grounds and periodically check boilers. I address any issues that come up right then and there or develop a plan in concert with our trades personnel to resolve any outstanding issues.”

But he always returns to the maintenance building to direct his crew of 17—two plumbers, three HVAC specialists, a mechanic, four landscapers, two painters, two carpenters and three electricians—to hit the regular maintenance and repair docket.

Perched on a knoll overlooking the Blue Ridge Mountains, some have dubbed 350-acre Concord University, founded in 1872, “The Campus Beautiful.” It’s Von Ville’s job to keep it as functional as it is picturesque. Landscaping upgrades, floral displays and other grounds-related improvements are designed by Von Ville for ease of maintenance, aesthetic features and, he hopes, deer and wildlife resistance.

That makes “management by wandering around” a little difficult sometimes for Von Ville, 65. But he wouldn’t have it any other way, and a check of the projects he’s helped complete since arriving in 2012 indicates administrators feel similarly.

Whether implementing LED bulb retrofits or advising on a major $16+ million dormitory renovation, Von Ville shifts his role depending on what he can see, touch and hear is needed.

“When a project is large, we sub out architects and general contractors and all that. For my crew, it’s rather minor renovations mostly … things we can do in house, generally prompted by faculty to fit their style of teaching.”

And the faculty at Concord University make recommendations. “They are the ones with interest in students’ ability to learn,” Von Ville says. 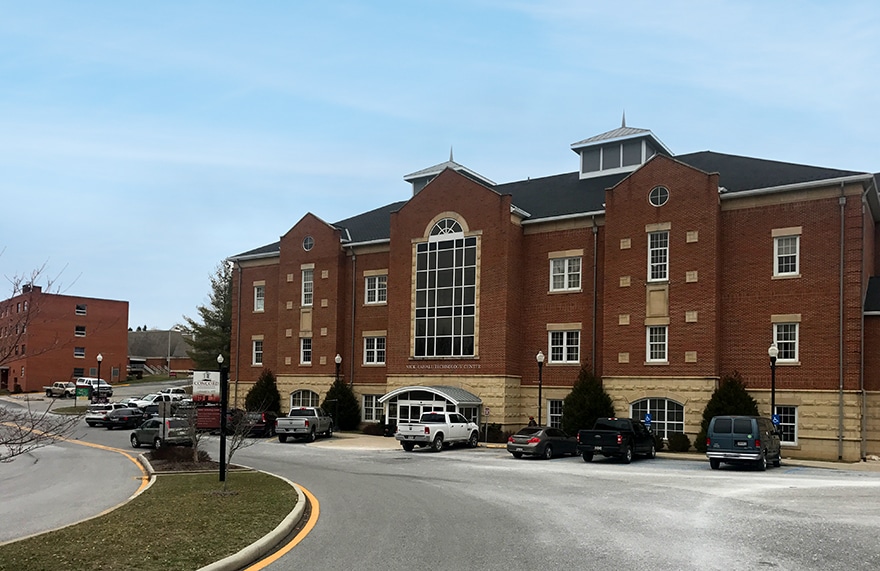 In one recent example, Von Ville was asked to replace fixed chairs with tables inside a lab. He moved the chairs to “another classroom where we have fixed chairs in a tiered setting that needed to be replaced.”

It was a relatively small project typical of what gets done in his department. “We do mostly preventative maintenance in-house,” he says, including painting and scheduling carpet upgrades over semester breaks.

“Depending on the project, I use anywhere from two of my staff for carpentry-related work to probably six to 10 for any one project.”

One of the stops on his morning wander might be to check in on the Twin Towers, a dormitory whose $16 million renovation he led two years ago. The project included removal of all exterior walls and renovation of suites, as well as new HVAC for the 1960s-vintage building.

Von Ville also oversaw a recent lighting upgrade that involved converting all lights to LED over a nine-month period in 2019, in cooperation with Helios Energy, making Concord one of the first totally LED lit campuses in the U.S. 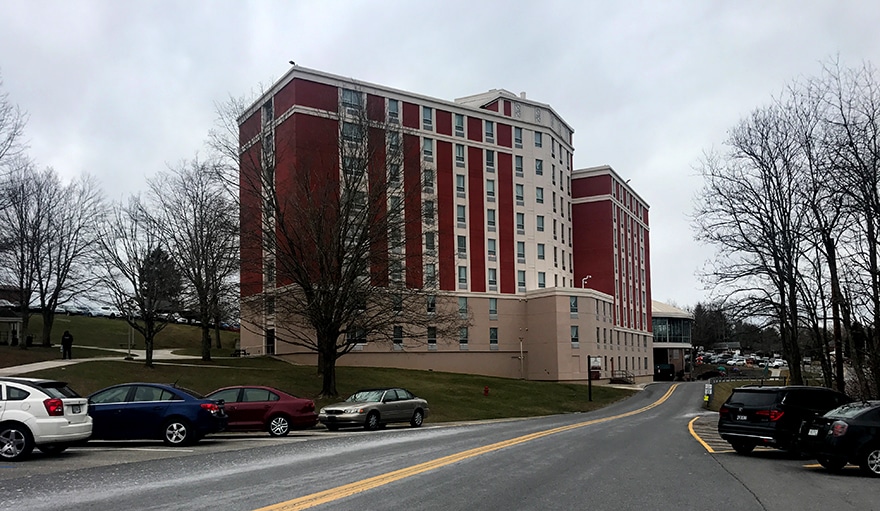 The project brought improved lighting in the classrooms, hallways, offices, dorms and especially the outside environment, while decreasing electricity consumption and the carbon footprint. The project also frees staff electricians from having to constantly replace lights and ballasts.

“Preventative maintenance adds up,” he likes to remind administrators. “The best ideas generally are the ideas suggested by the physical plant staff and generally end up saving the institution money or efficiencies.”

But renovations can be disruptive, which means scheduling major renovations for summer and minor projects during the break periods in fall and spring.

“We get requests throughout the year,” he says. “Sometimes it’s just the whim of an individual,” but other times a request may make it to Von Ville’s boss, a vice president of administration, “and often he will nix the project because it doesn’t make sense financially.”

“He and I then sit down and prioritize what projects we’re going to knock out first. Some projects go away on their own.”

Von Ville began his 20-plus years as a buildings and grounds expert in higher education at a regional campus of Ohio University. His boss left within the first three months. Von Ville was there, and “none of the buildings blew up, so they decided to give me the job,” he deadpans. 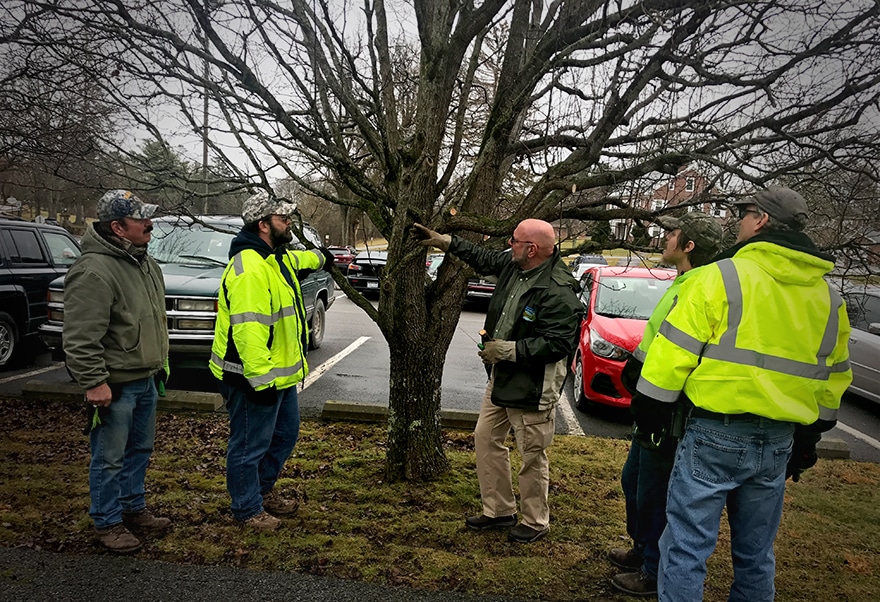 But now that he’s found a permanent home at Concord University, he’s looking toward retirement with interest. Actually, he’s looking forward to getting to his permanent home more often: He lives with his real family at his home in the Columbus, Ohio, area, usually only traveling home for a couple of weekends every month.

But there’s always his Concord family.

After his first year on campus, the senior administrator overseeing the physical plant said, “one of the things he liked about me was, I was on campus. I wasn’t sequestered in my office. Particularly with engineering type people who like to be inside the office.”

“I feel it’s pertinent to be visible.” 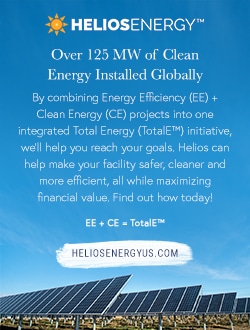