It’s currently the ninth tallest building in the United States, piercing the Philadelphia skyline with 1,121 feet of steel and glass. Inside the lobby, living trees accentuate the wood tiles and paneled walls, while a massive sculpture of reflective metal triangles, each seemingly suspended midair, rises between a pair of escalators.

Within its 60 floors and 1.8 million square feet, the building’s workers—mostly engineers, software architects and designers—toggle between sit-stand desks and huddle spaces, connected all the while by 60 miles of fiber optic cabling and more than 1,100 wireless access points. 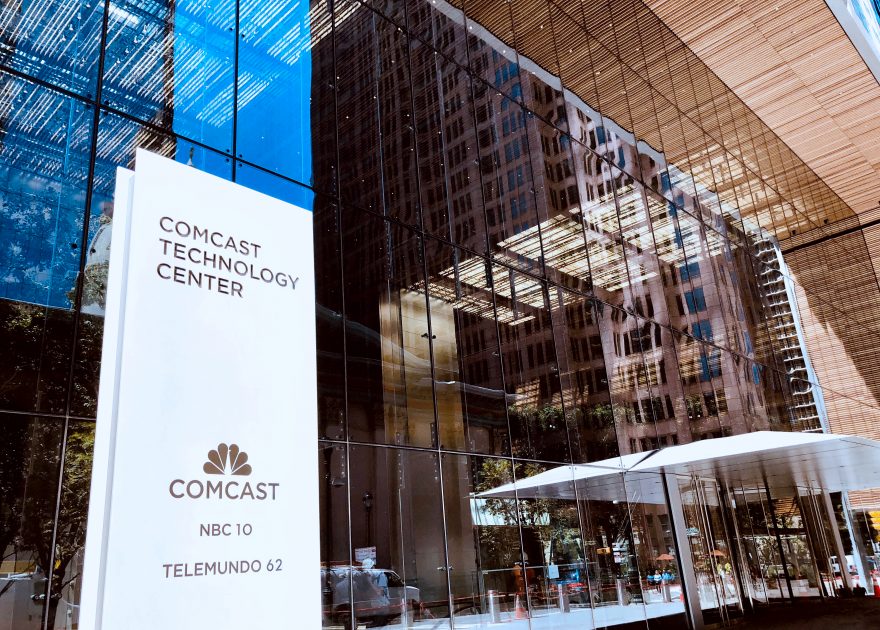 Whether viewed from afar or within its awe-inspiring enclaves, the $1.5 billion Comcast Technology Center (CTC) stands as a gleaming totem to modernity—Silicon Valley transplanted to the heart of Philly.

As Comcast’s senior director for capital projects and campus planning, Krista Sinker and her team played a pivotal role in bringing the building’s occupancy from concept to skyscraping statement.

“It was definitely unlike any project I’ve ever been a part of,” says Sinker, who joined the global media and technology company in 2017 following stints at JLL and Merck. “We want the Comcast campus to be the kind of place that doesn’t just attract top talent, but keeps it, and the Comcast Technology Center is a big piece of that puzzle.”

All the pieces fit

By the end of 2018, nearly 4,000 workers will make the move from the four buildings that make up Comcast’s original Philadelphia campus to the newly minted Comcast Technology Center (the company has already moved more than half that number). Meanwhile, project planning is underway to shift close to another 4,000 personnel starting in 2019, all while refreshing most workplace floors in the original headquarters building and other leased space on campus.

Sinker likens the process to a sliding tile puzzle, where each piece is moved to achieve a specific end configuration. In this case: a better, more modern work environment. 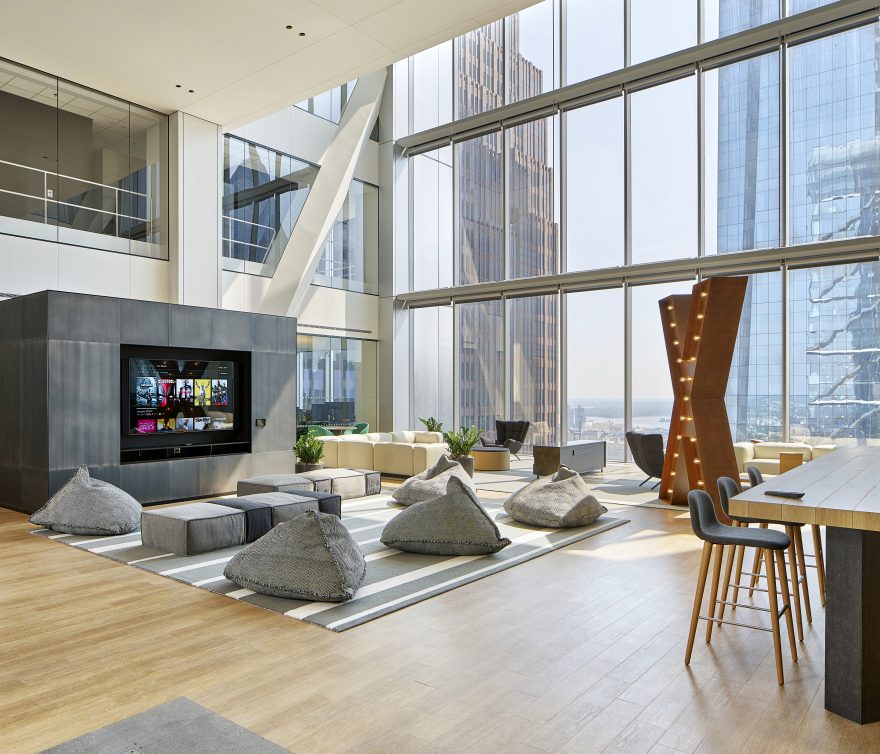 “Our goal was to strategically realign the campus so we have better adjacencies from a functional and operational perspective,” says Sinker, who oversees Comcast’s HQ campus masterplan. “It’s all about enhancing collaboration.”

To that end, Comcast Technology Center was designed to incorporate more than 330 conference rooms and huddle spaces—small auxiliary rooms equipped with a full suite of audio and video capabilities.

Just off of the first floor lobby, flanked by a series of wooden tables that deftly complement the narrow paneled wall behind it, Vernick Coffee Bar gives workers a chance to meet and mingle—with colleagues and guests alike—before starting the workday. Above, 10 distinct loft floors within the building provide window-walled sitting areas, complete with big-screen TV, ping pong table and comfy beanbag chairs that soak its occupants in sunlight.

Throughout, the emphasis on wellness is evident. Cases in point: a 26,000-square-foot fitness facility with the latest in high-tech machinery; a farmhouse-style cafeteria more than twice that size; 484 bike racks to accommodate two-wheel commuters; and 23 rooms on campus allocated for mothers.

“We wanted to have enough space—and the right kind of spaces—for people to be able to step away and decompress,” Sinker says. “No office will ever feel as comfortable as home. But that shouldn’t stop you from trying to make it as comfortable as possible.”

With a high-end restaurant and 219-room Four Seasons hotel slated to fill out the top floors, Comcast Technology Center offers plenty for the public as well. All told, the building and campus plan represents a high-water mark—not only for Comcast but also for Sinker’s career.

Her parents and two siblings all found their career calling in sales. But it was architecture, planning and technical design, with its balance of artistic freedom and scientific rigor, that most galvanized Sinker.

After graduating Drexel University in 1995, and having zeroed in on the world of health care design, Sinker was recruited by the Philadelphia design firm of Francis Cauffman. The following year, she made the jump to consulting, working in the strategic and facility planning division of pharmaceutical giant GlaxoSmithKline.

Along with her management team, Sinker oversaw everything from design and personnel allocation to high-end data analysis of nearly 3 million square feet of property.

After a seven-year hiatus, during which she started a family, Sinker rejoined the fray in 2008, joining Health, Education and Research Associates (HERA) as a facility programmer.

While there, she helped the company secure a slew of new projects, including work for the National Oceanic and Atmospheric Administration and the State University of New York. More broadly, she helped develop and program dozens of projects ranging from 10,000 to 200,000 square feet.

In 2010, Sinker was hired by real estate giant Jones Lang LaSalle (JLL) to handle one of the company’s biggest accounts: Merck. Among her many contributions, Sinker oversaw the campus master plan which included the move-management protocol for the company’s largest mixed-use campus (totaling more than 3 million square feet).

In addition, she initiated a large-scale relocation plan spanning eight buildings and hundreds of personnel, all while handling everything from feasibility studies to client management strategies. 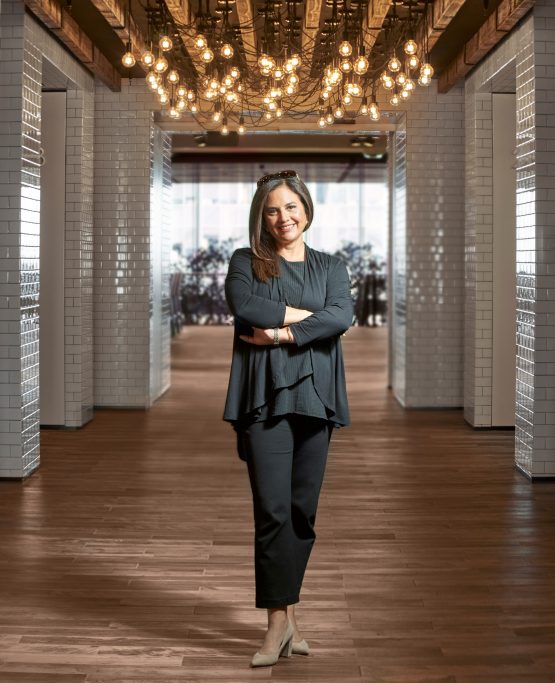 “That was a really formative time for me professionally,” Sinker recalls. “I had wonderful mentors who taught me what strategies worked and which didn’t. After seven years there I felt like I was ready to tackle anything.”

For Sinker, Comcast represented an altogether different challenge: a chance to helm the campus-planning operations for the headquarter campus of one of the country’s biggest companies. Coming on board in early 2017, Sinker immediately set to work preparing for the massive campus expansion and realignment.

“The idea of being able to build and organize workplace communities on a massive scale within research and development and manufacturing facilities was always really appealing,” Sinker recalls. “You’re leaving your mark on the world in a tangible way.”

“I was thrilled when Krista joined our team,” Buhles recalls. “The campus master plan was a massive undertaking and she brilliantly led her team through more than 100 stakeholder interviews that gave something to everyone while minimizing overall disruption.”

Indeed, by utilizing resources across departments and external partners, Sinker has turned campus master planning and project management into something of an art form: the “steady undercurrent” running beneath any construction tidal wave—and the perfect vehicle for her long-held passion for teambuilding.

“You have to have the right team, built on a foundation of trust from the beginning, so it’s incredibly important that you take the time at the start of a project to identify those gaps and address them up front,” Sinker says. “Everyone has to have their eyes on the prize. Even then, you have to make sure you hear everyone, and they hear you.” 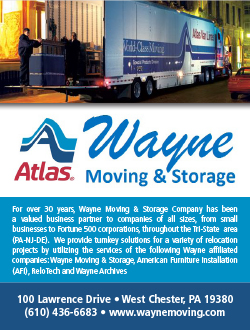 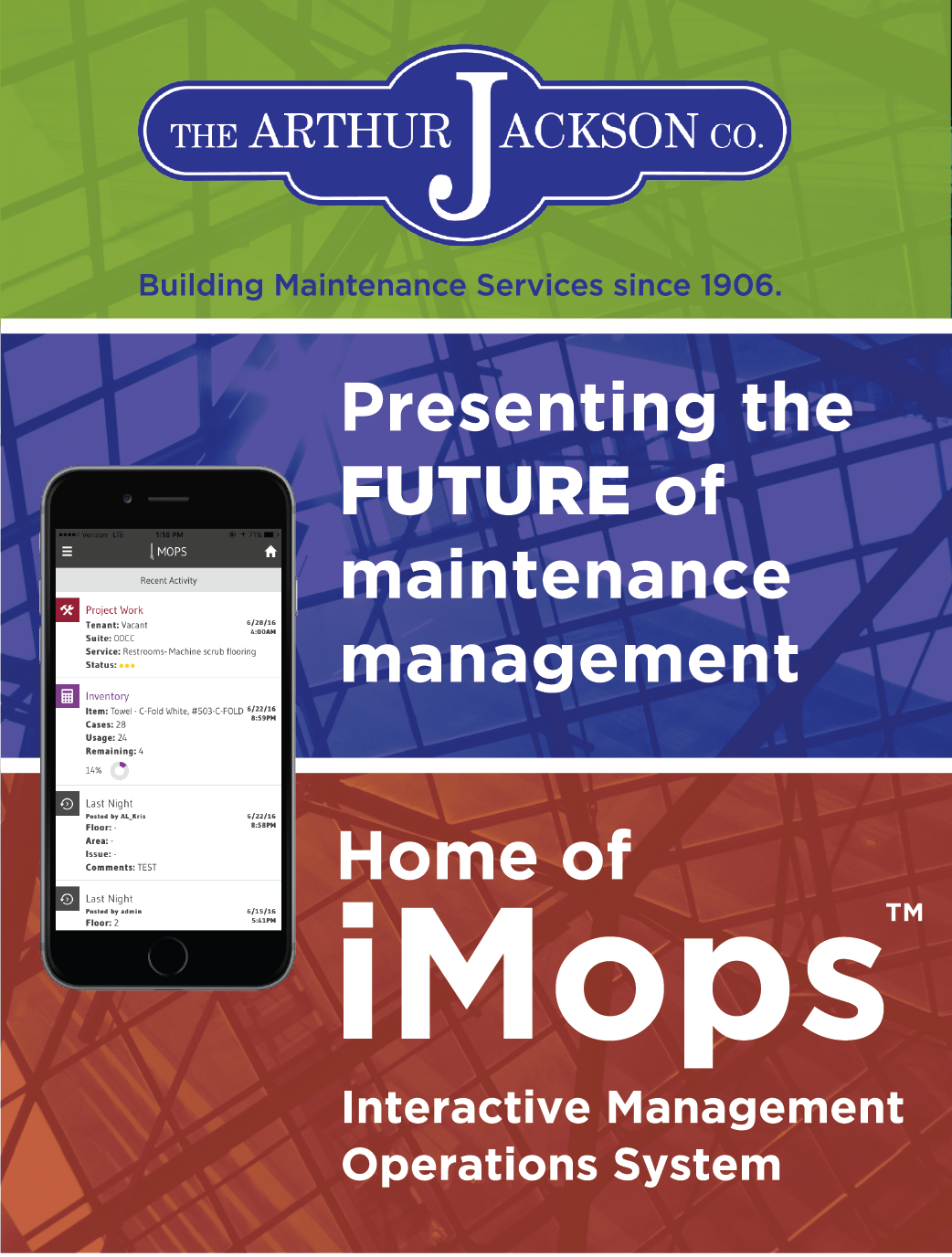 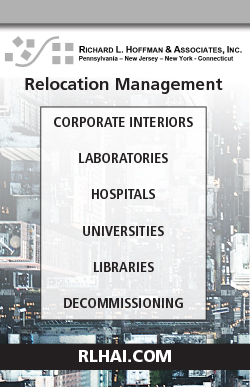 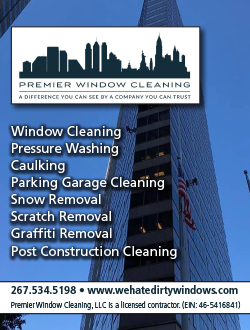 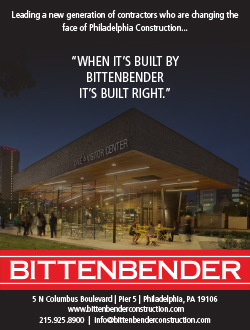