The right fit for a changing workplace

She hasn’t quite been on the job for three years but already Kim Alpert can divide into distinct thirds her time overseeing global properties for Udemy Inc.

Hired in October 2019, she spent the first six or seven months learning the ways of this San Francisco-based MOOC—massive open online course provider—whose platform is accessed by more than 52 million students globally.

Then, when COVID-19 struck the following March, she was consumed with rearranging protocols for a mostly remote workforce, including her team of 10. Since the pandemic has started to mitigate, she’s been accommodating a hybrid workforce that might be the new normal at Udemy’s offices everywhere and companies in general. 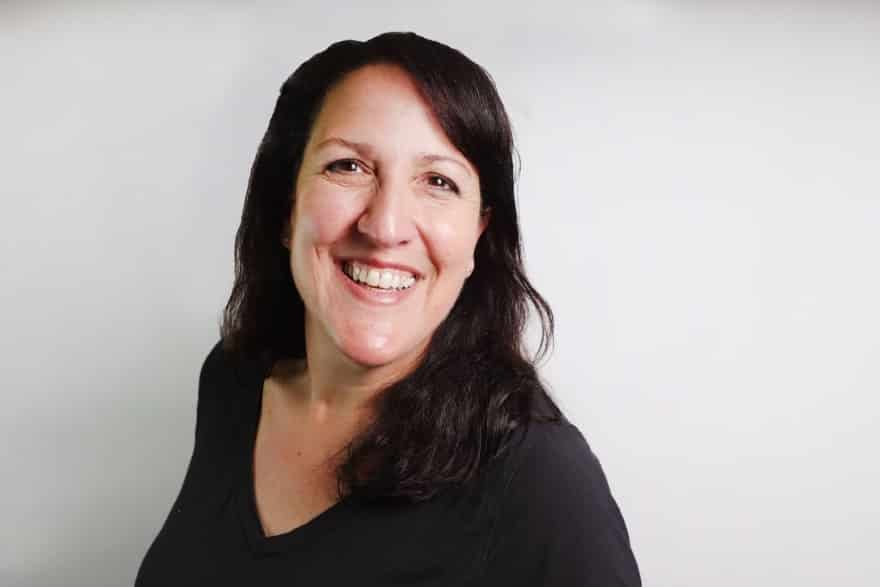 But online as Udemy’s services are, the firm still has physical locations in the United States, Ireland, Turkey, Australia and India, and Alpert has completed three office projects with more planned. Those locations often in the same flux as the modern economy, she can have her hands full as senior director of global workplace and real estate.

“We’re building out new offices with the future of work in mind,” she told Blueprint in May. “We don’t know exactly what that will look like, but we know we’ll need flexibility at the core of these new spaces, and it’s a skill my team has learned in earnest over these past few years.”

Prior to her arrival, Udemy had leased space in Denver’s trendy LoDo neighborhood in a historic 19th-century boxy brick building that needed gutting and extensive renovations to meet the needs of a growing staff. The vintage nature of the building presented its own issues, Udemy having to satisfy a community intent on preserving its heritage.

Most of the project took place inside where the Udemy staff initially had one full floor and part of another. With rapid hiring on the sales side in Denver, additional square footage was in order. Alpert oversaw the construction of two contiguous full floors and one partial on the first floor. Then, with the pandemic necessitating work-at-home orders, she had to pivot, reducing the desk count and arranging for more collaborative space. 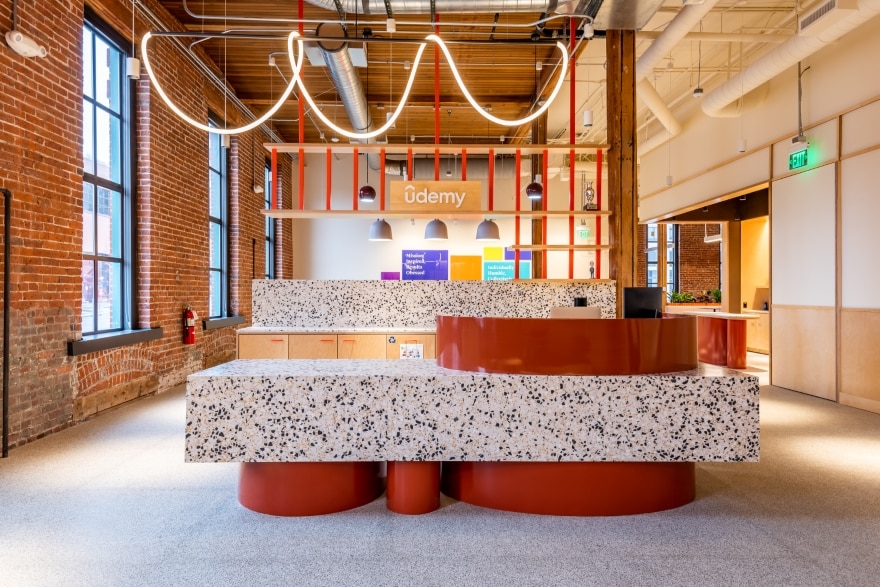 Denver’s workforce tending to be young and active, there are no Dilbert-like cubicles. Instead, there are large conference rooms and single-person call booths. There’s a kitchenette with snacks and beverages on each floor, also, and plants everywhere to soothe the soul. A wall reflects a Rocky Mountains visage.

The multi-phased, multi-level 29,000-square-foot investment was accomplished last fall and makes for a very inviting environment for hires, she says, a necessity given the arms race for young talent.

The hybrid arrangement still in place—maybe permanently—the LoDo office has been open at fluctuating capacity since November. While she’s tweaking it for full capacity, she’s ready for further pivoting with still so many uncertainties. At least with pandemic restrictions waning, she’s able to fly from San Francisco headquarters to Denver for the up-close look.

“Some things you just have to see and feel for yourself,” Alpert says. “It’s amazing and I’m super proud that I was able to complete this project and two others during the pandemic. But a conclusion I reached is that there’s no substitute for being there in person.”

For Alpert, there was no being in the Turkish capital of Ankara, where she oversaw on Microsoft Zoom the start-to-finish of an office. But she was hands-on while Udemy renovated a small, 37-desk facility for engineers in Mountain View, California.

And she doesn’t just oversee the physical work. During COVID-19, she and her team rolled out technology solutions that ensured returnees to the office adhered to a mandated vaccination policy. Her team, eager to reopen doors, implemented desk booking systems to manage capacity and ensured sanitizing stations, personal protective equipment and Clorox wipes were available and snacks could be safely served.

It’s all part of overseeing facilities and real estate, something the native New Yorker has done since graduating the University of Nevada-Las Vegas with an English degree. She got her start in the late ‘90s with ABC Sports as an Enhanced TV project lead for Monday Night Football and in 2001 became senior director of operations for Osmio, now Grubhub. 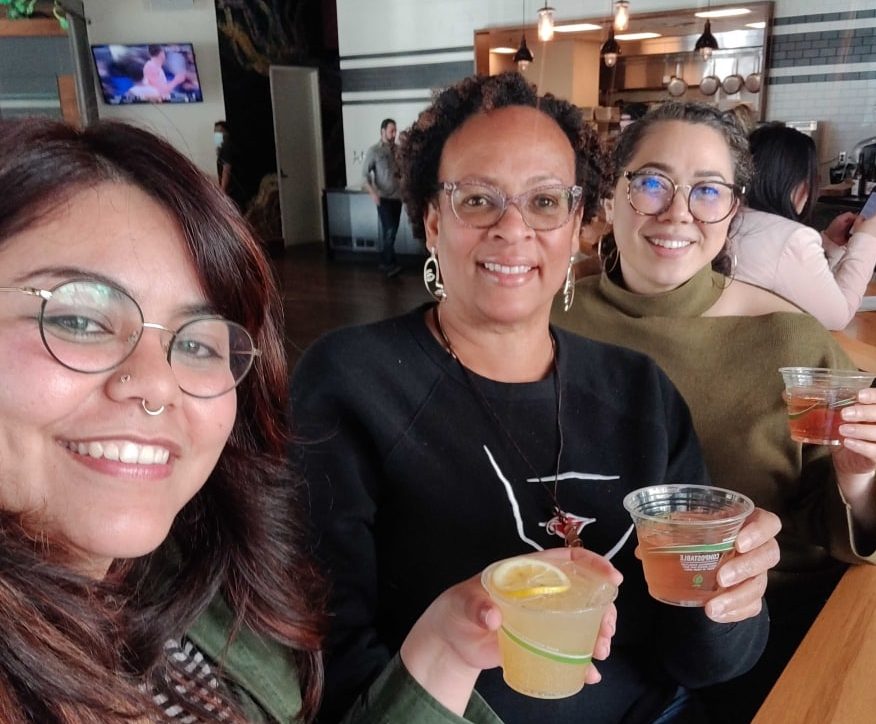 Alpert moved to the Bay Area in 2010 to head real estate and workplace services for the next nine years at Castlight Health. Much as she enjoyed her role, she didn’t want to be pigeonholed.

“Early on I was being brought into projects after strategic decisions were made,” she says. “I wanted to be end-to-end and to have a seat at the table. I didn’t want to be real estate without the workplace or workplace without the real estate.”

When Udemy offered her a much more comprehensive role, it was Alpert’s ideal fit. All the better, she says, about it being a NASDAQ-listed company. Its list of online video courses expands monthly with Python among the most popular. Other favorite curricula include design, development, marketing, IT and software, business, photography and music.

But, again, virtual as these courses are, Udemy still needs its offices.

“The day we open a new office is my favorite and most stressful time,” says the mother of two teenage boys. “It’s so gratifying when the project is finished and the expression on people’s faces says ‘yes!’” 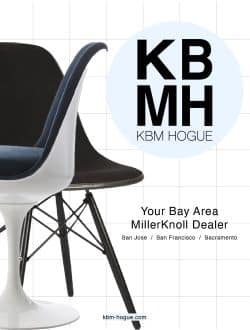