We’re on the road to somewhere

When two halves amount to more than the sum of their parts, the effects can be powerful—even transformative.

Case in point: the symbiotic public-private partnership between the University of Colorado Colorado Springs (UCCS) and the city that shares its name. Separately, the two entities suffered from traffic congestion and deficits in construction funding. In the case of UCCS, that meant not being able to build the educational facility envisioned by the community and the city. 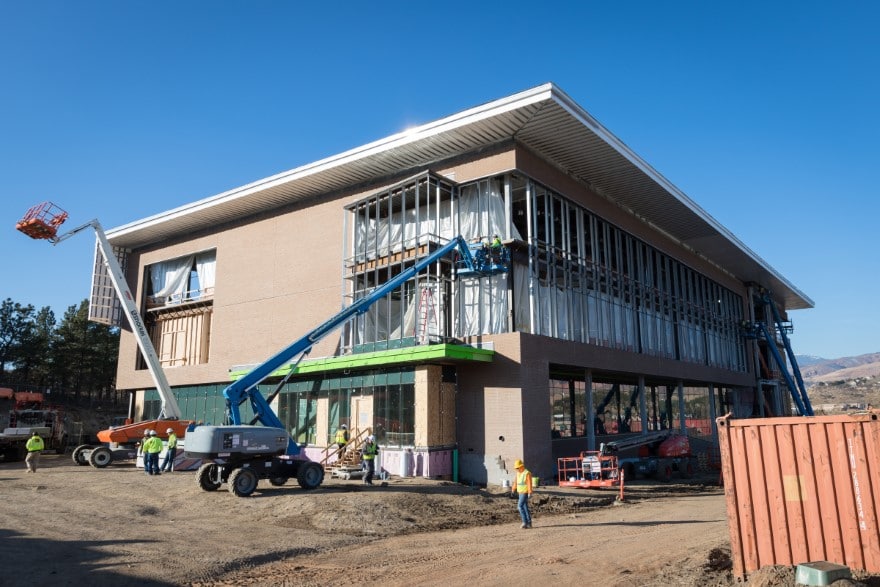 Working together, however, the two are crafting solutions to benefit residents and students alike.

“Any time you can be involved in a project that helps the university grow, that’s a great feeling,” says Kent Marsh, associate vice chancellor of campus planning and facilities management for UCCS. “When you’re also benefiting the community—even better.”

Breaking ground in a big way

There must be a strong spirit of collaboration at an elevation of 6,000 plus feet.

Speaking with Blueprint this past July, Marsh said that construction of a $61.4 million state-of-the-art sports medicine facility was well underway. In addition, planners are nearing completion of the new access road to open up 150 acres of campus property.

Anticipated to be a nationally-renowned destination for elite athletes, the community broke ground last October on the William J. Hybl Sports Medicine and Performance Center. An inductee of the Colorado Business Hall of Fame, Hybl recently retired after serving for 30 years as chairman and CEO of the El Pomar Foundation, which made over $280 million in grants to nonprofit organizations involved in the arts, education, health and other community projects.

While Marsh joined UCCS after funding for the Hybl project had been secured, his subsequent involvement has covered many bases: assisting UCCS with planning and project development, construction administration, operational planning and the final closeout, just to name a few.

Still, he’s quick to credit a number of stakeholders—including Charles Sweet, the school’s vice chancellor for strategic initiatives; and Steve Johnson, co-executive director of the new Hybl Center—for seeing the project through.

The specialized project will integrate undergraduate and graduate education degree programs and clinical practice and research in a sports medicine and performance environment.

Three “Centers of Distinction” will be housed at the facility: the Center for Tactical and Occupational Performance, for veterans and first responders recovering from major injuries while helping to prevent new ones; the Center for Athletes and Active Individuals with Physical Disabilities, to help athletes and individuals with special needs participate in sports; and the Center for Health & Performance in Extreme Environments, to help elite athletes, military and recreationalists perform in unforgiving conditions, such as high altitudes, extreme cold and heat and hyperbaric conditions.

The 104,000-square-foot facility is scheduled to open in April of 2020, the culmination of work being to develop a cooperative agreement between the Colorado Springs Urban Renewal Authority (CSURA) and the University. The agreement was reviewed and approved by the state Economic Development Commission.

The University completed the program plan and project budget in cooperation with Centura Health (also a partner in the development and operation of the Hybl Center), though Marsh says the entire project was bonded by UCCS.

Centura Health will occupy the first floor of the building for medical care and sports performance work. The rest of the space will house classrooms, lecture halls and offices for staff members. More than 1,000 students—majoring in everything from science and human anatomy to physiology, athletic training and nutrition—will use the facility.

Through Colorado Springs’ City for Champions program—developed from an excess of collected state revenues—this project was awarded an additional $16.8 million. Over a 30-year period the space will be leased from the university by Centura Health, with future payments applied toward financing the project.

“The project might not have been possible—or could’ve resulted in a much smaller building—if it wasn’t for this unique public-private partnership,” Marsh says.

Meanwhile, outside of the city, development of “Spine Road” is nearing completion. The $2 million project—funded in part by the Pikes Peak Rural Transportation Authority—was started in April and opened to traffic by September.

With UCCS having developed less than half of its available acreage, Marsh says that Spine Road has the potential to ease some of the area’s traffic issues.

“By removing UCCS shuttles and buses from the adjacent arterials, the new road will help ease traffic congestion on Austin Bluffs and North Nevada during peak hours,” Marsh says. “Both parties are served in ways that neither of us alone would have been able to handle.”

He also sees it as a location to open up new areas for the university’s future development, which will include a mix of new builds and full-on renovations.

“These are just two examples of how partnerships have allowed UCCS to build things that we would not have been able to afford on our own,” Marsh says. “We now have access to more than 150 acres for future development. I’m excited to see the partnerships that come out of the ground on our campus in the next decade.” 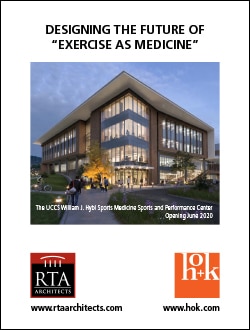