Tops when it comes to Toronto roofing

Though last season was a disappointment, the Toronto Blue Jays still packed fans into the Rogers Centre, their average crowd of 39,554 just a few hundred behind the New York Yankees for the American League lead in attendance.

Could be that some credit was due Dean-Chandler Roofing Ltd, the venerable company in Scarborough, Ontario, that’s long ensured the fans watch in comfort, warm and dry from what can be the harsh elements that confront Canada’s only Major League Baseball team.

For the Blue Jays play under a retractable roof that’s open on comfortable days and nights, and closed when Toronto’s weather isn’t baseball-friendly, and that can happen a lot during the early and late parts of the long season. 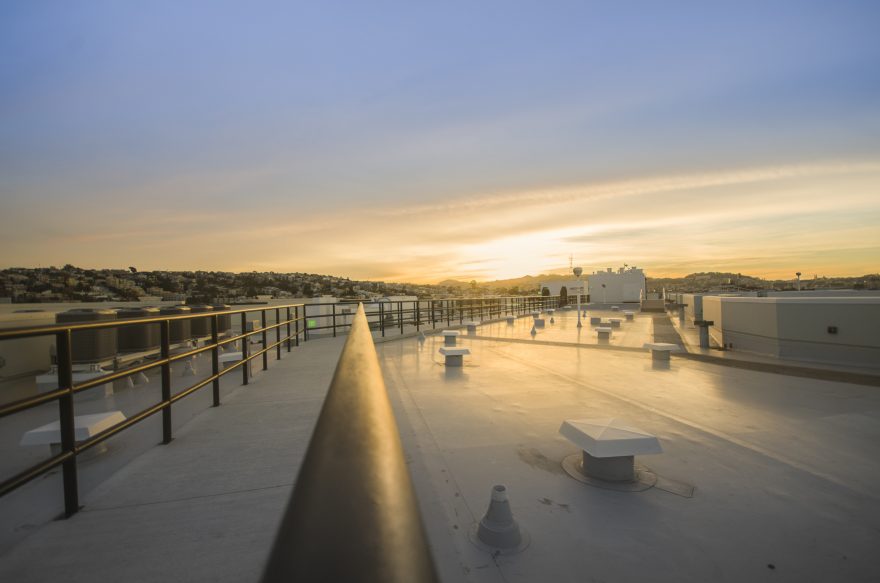 “A roofing contractor’s career project,” is how Dean-Chandler refers to its share of the project, which entailed the construction and installation of the outer membrane of a complex and sloping roof that, when finished in 1984, was like no other in professional baseball. Decades later that structure continues to stand the tests of time and elements.

As do the other roofs that bear the brand of the fourth-generation company that, since 1924, has done so much to shape the famous skyline of Canada’s biggest city.

“That’s our niche, high-profile and complicated projects,” says Kenneth Goodale, a modest man who came to Dean-Chandler as a project estimator and challenger in 1990 and ascended the company ranks, becoming president in 2015. “And we always do it right the first time; we don’t ever want to backtrack. We have too many other projects in front of us.”

That’s ICI projects, as in the industrial-commercial-institutional work that keeps the Dean-Chandler crews so busy, the company being the go-to specialist for roof construction, replacement and maintenance at universities, hospitals, commercial and residential skyscrapers, other sports facilities and the Lester B. Pearson International Airport, 14 miles north of downtown Toronto.

That last project might rank with the Rogers Centre roofing in terms of complexity, Goodale says, explaining there’s an extra challenge to extensive construction at an airport that never sleeps.

Simply moving materials in and out of the worksite proved a substantial undertaking, given the need for airport security and the fact that planes used the same access paths. Then there was not posing any inconvenience to travelers.

“Being able to control debris so that it wouldn’t end up in a jet engine was a tedious task,” Goodale says. “With a solid team, consisting of our forces, the owner and consultants, this project was also a great success.”

Back in downtown Toronto, Dean-Chandler was entrusted with the very conspicuous responsibility of updating what’s essentially a shrine.

Built in 1931 at the intersection of Carlton and Church streets, Maple Leaf Gardens had long rivaled the former Montreal Forum as the world’s most famous hockey arena, the hometown team playing for decades before sellout crowds, despite long stretches of futility.

But with the Maple Leafs now lacing up their skates at the Air Canada Centre, the Gardens was being renovated for the Loblaws supermarket and other retail uses. The old topping, festooned with a huge blue Maple Leafs logo that could be seen from low-flying planes, had to be replaced with a modern, energy-efficient modified bitumen roof, and that, too, was a job for Dean-Chandler, the company having proven itself during an earlier project at the arena.

While there’s enough work to keep Dean-Chandler’s crews occupied in the Toronto area, Goodale will dispatch them elsewhere, sometimes well outside Canada. Among the company’s international work is the reroofing of Grantley Adams International Airport in Barbados, a popular winter retreat for Canadians. Dean-Chandler has also reroofed Canada’s embassies in Beijing, China; and Kigali, Kenya.

Reputation generally precedes the arrival of a Dean-Chandler crew, Goodale says, adding that the company rarely has to do much on the marketing front, it being invited to bid on many major projects. It’s a founding member of the Ontario Industrial Roofing Contractors Association, the Canadian Roofing Association and the Canadian Roofing Contractors Association, and maintains a unionized work force of about 50, with expertise in cooper, slate and stainless steel standing seam roofs so common in Canada’s urban areas.

That work crew includes second-generation tradesmen, which seems in keeping with the company’s history. Glenn Hibben, a great-grandson of founder Bert Dean, came to Dean-Chandler as an estimator and project manager in 2001, becoming vice president and partner in 2015. Goodale’s own father, Bob, also worked at the company. A third partner is Vice President Jason Campbell.

“We’ve got a number of father-son duos who continue to work in the field,” Goodale says. “They’re sustaining a tradition.”

That tradition, of course, includes projects carried to fruition, on time and on budget. When clients contract with Dean-Chandler, they know there won’t be any subcontracting; the company has long prided itself on not having to rely on anybody but its own crew.

“Our men are experienced and put forth the effort,” Goodale says. “They know we have an excellent reputation, and do their part to sustain it. They, too, take satisfaction in seeing a project go from start to finish, and hearing from satisfied clients. We have a lot of clients who don’t just praise the work we do, they extend their praise to the foremen and superintendents at the sites.”

In just a few years, Dean-Chandler, still a privately-owned company, will mark its centennial. Goodale thinks it’ll be around a lot longer than that milestone anniversary.

“That’s probably what we’re most proud of, our longevity,” Goodale says. “We’ve lasted that long for a reason, and we’ll be around for years to come.” 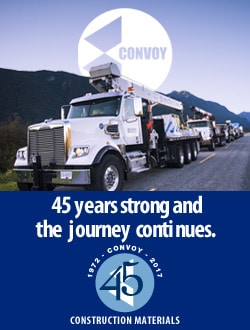