Kenneth Bower – Our Lady of the Lake Regional Medical Center

Betting on his approach for health care safety and comfort

It’s a squeak or a wobble and it’s disrupting your rest in a hospital bed. The housekeeping staff is friendly—they smile when they empty wastebaskets and clean surfaces. But you always know when they’re coming because of that squeak or wobble.

Part of Kenneth Bower’s job is making sure the carts are quieter. If nothing else, a quieter cart can make a difference in the Hospital Consumer Assessment of Healthcare Providers and Systems Survey at Our Lady of the Lake Regional Medical Center. 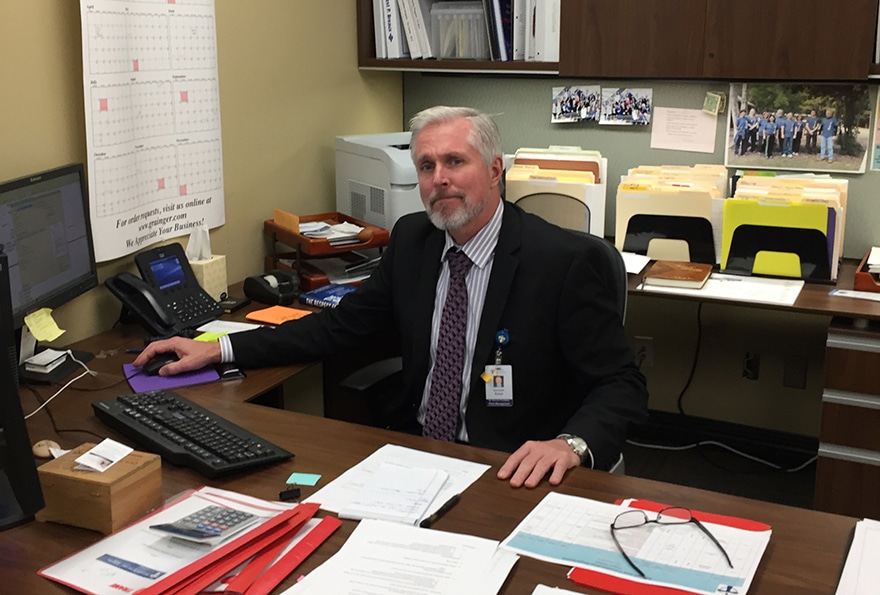 So as senior director of facilities, Bower becomes the squeaky wheel, speaking up if carts are noisy or build plans need tweaking.

“I guess I work very hard on trying to make sure we’re a facilities department that is cutting edge and working with best practices,” he says. “Some of it comes from me being in facilities for almost 30 years and having a different experience than some who have done it.”

The 1,000-bed Our Lady of the Lake Medical Center in Baton Rouge, Louisiana, is the anchor of a health care system that includes stand-alone mental health and children’s facilities and more than 100 health care locations in places such as Bogalusa, Lafayette and Monroe.

As 2020 began, Bower was overseeing renovations and upgrades at Our Lady of the Lake with a project that decreases the number of rooms in wings from 16 to 12 and eliminates double occupancy. 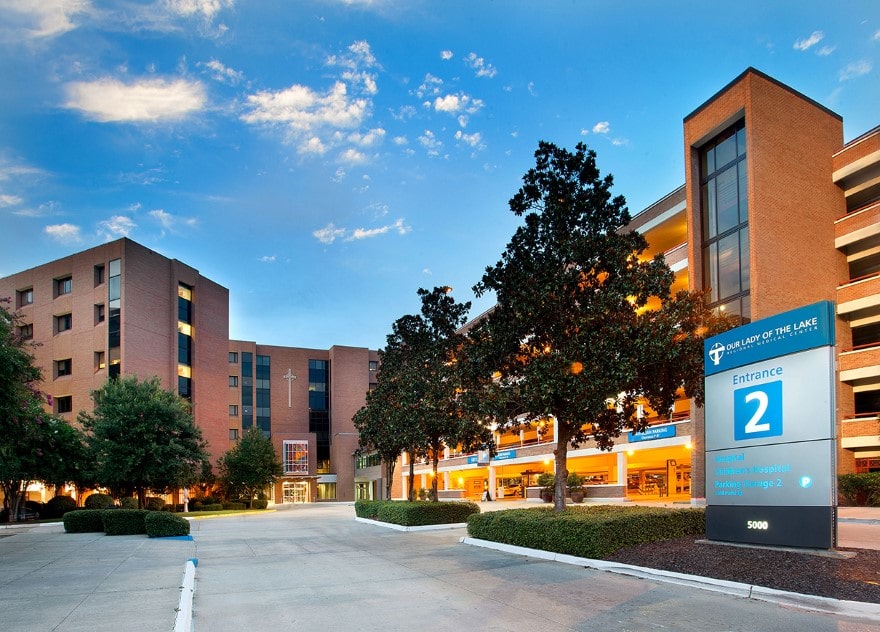 More than that, it’s a “total gut and remodel,” he says, involving upgrades that impact everything from plumbing to the number of plug-ins on electrical outlets. It brings the 45-year-old facility in compliance with updated health and life safety codes and addresses the demands new technology places on facilities management.

LED lights are being added for better efficiency and contractors are tracing and marking the HVAC, electrical and plumbing systems to make maintenance easier.

“That was cranked up and rolling,” Bower says. “Then came COVID-19. Now the biggest project or initiative we have is figuring out how to accommodate patients coming through,” he says.

By late February, contractors shifted their work to convert a vacant floor into an isolation wing for COVID-19 patients. Meanwhile, the facilities department and other staff began designating separate entrances for visitors and medical personnel. Since the outbreak, elective procedures have been canceled and visiting curtailed. Mass at the hospital chapel is closed to the public but still broadcast to rooms.

Everyone got busy cleaning, too, Bower adds. 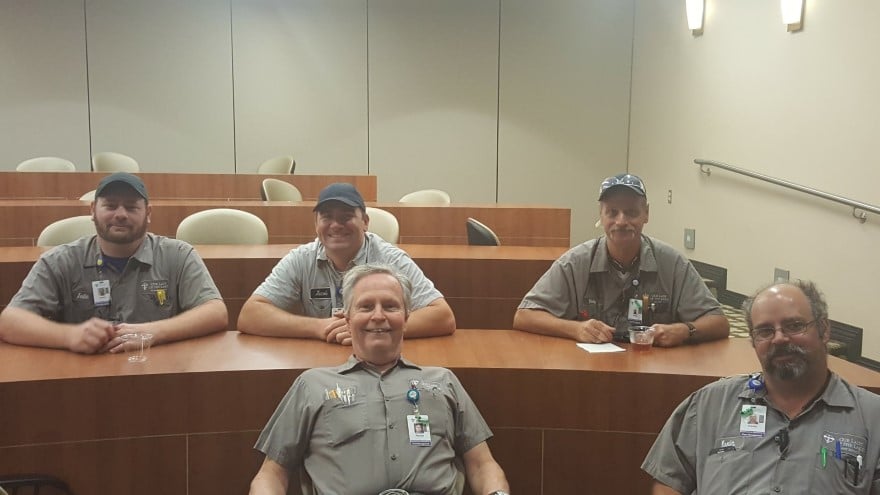 “Our housekeeping staff is on constant wipe down. That’s been a big help,” he says. All this occurred as the medical center became the land of opportunity for some sales reps.

“I’ve had people looking to have me try air scrubbers, hydrogen peroxide sprayers and bleach foggers,” Bower says. “No one came knocking on my door before and now they’re here with all kinds of products.”

Fending off sales pitches has been much easier than ensuring his staff of 480, including outsourced laundry and housekeeping services, feels valued and comfortable as they work—or stay home, Bower says. He directly manages a team of five and holds daily staff meetings. But if anything, Bower is hands-on, and has one-on-one chats with anyone, whenever possible, often in the halls.

“Dealing with the emotional piece of this has been a different role,” he says. “Some people took it laissez-faire, but there’s certainly been some fear. I was not going to stop anyone from staying home if they do not feel safe.” 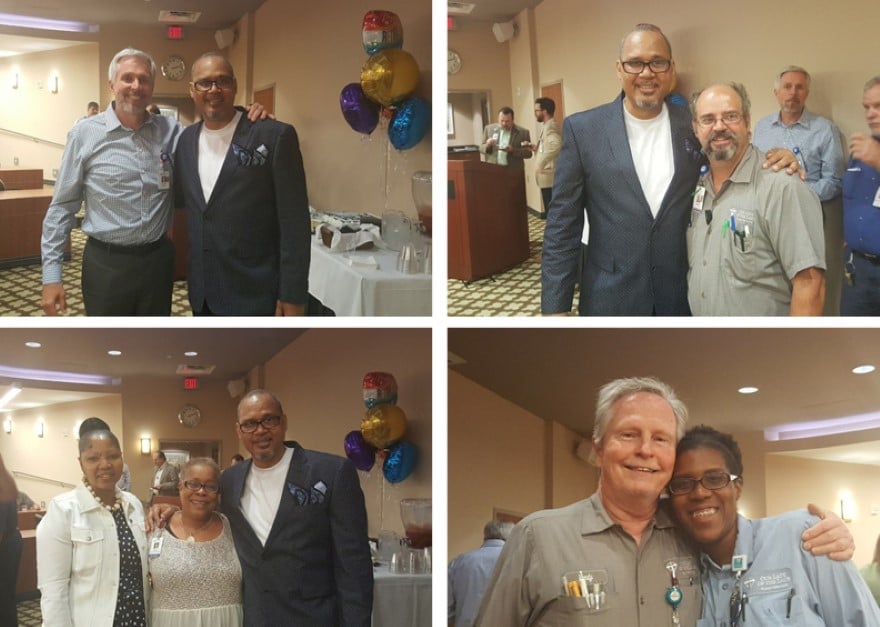 When the pandemic eases, Bower’s not sure when capital projects, including remodeling rooms, will resume and he wonders what a new normal may bring.

“Coming out of this, we may be looking at how we clean during cold and flu seasons,” he says. “Maybe we will wear masks more often and wipe things down.”

What the future holds was a familiar concern for Bower as he grew up on a family farm in Minnesota in the 1970s. Hard times were hitting home—he watched his parents scramble for jobs, taking them from the land they had worked.

He joined the U.S. Army at the suggestion of a family friend who was a recruiter, serving two years in intelligence monitoring radio traffic and delivering the messages as a courier. 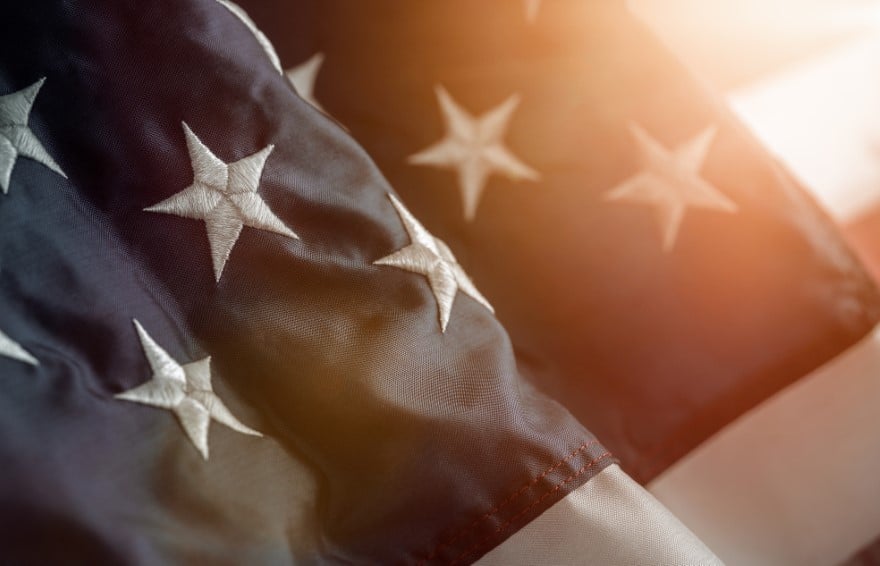 He was offered a great deal to re-enlist, but though he did not have an idea of what he wanted to do, Bower knew he was ready to return to civilian life.

Along the way, he also became a locksmith (as well as earning his pilot’s license) and moved to Las Vegas during a boom in casino construction. Finding farm experience translated well to facilities, he gave the hospitality industry a shot, first at the MGM Grand Hotel & Casino, and then the Hard Rock Hotel.

At Hard Rock he started in facilities operations, and about a decade later, he got a job as director of facilities for L’Auberge Lake Charles in Louisiana, between Houston and New Orleans. 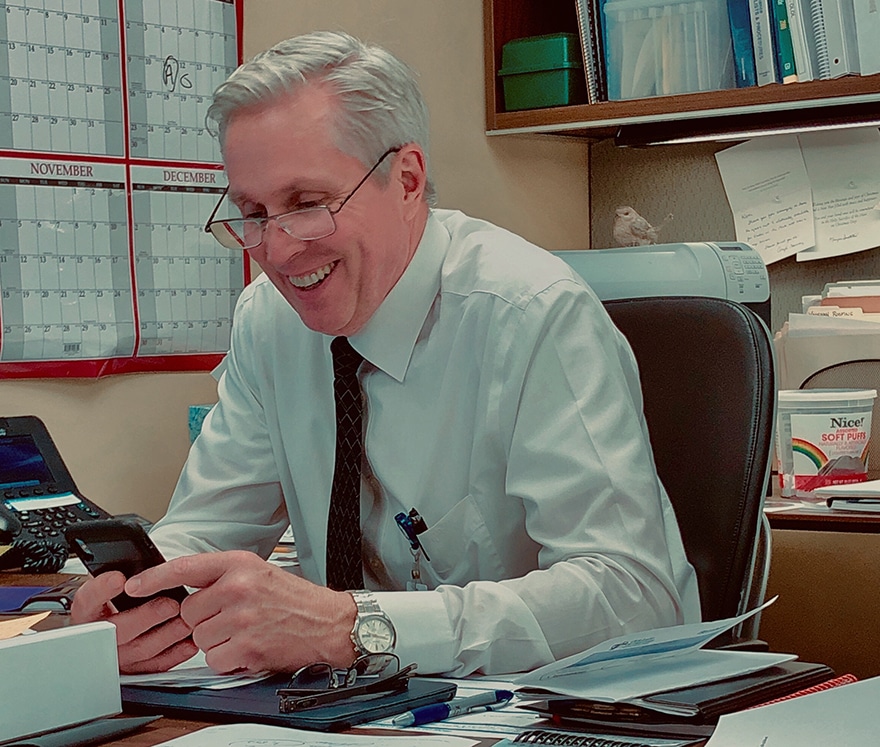 While he’d settled in Louisiana, it was during a hockey game in Dallas that Bower met the vice president of construction at Our Lady of the Lake and was intrigued by how he might add elements of the hospitality industry to health care.

Creating more welcoming, comfortable settings can be achieved, but Bower emphasizes the need to be practical—to avoid adding costs.

“You have a voice on the facility needs and you need to speak up,” Bower says. “You have to start moving yourself up the pecking order. You have to be articulate and have facts because we are data-driven.” 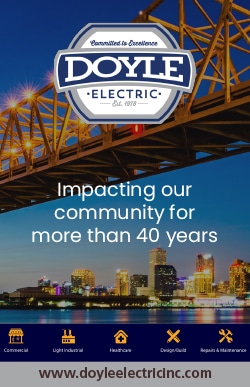