As a student, he slept in the beds, sat at the desks, read the books in the library. 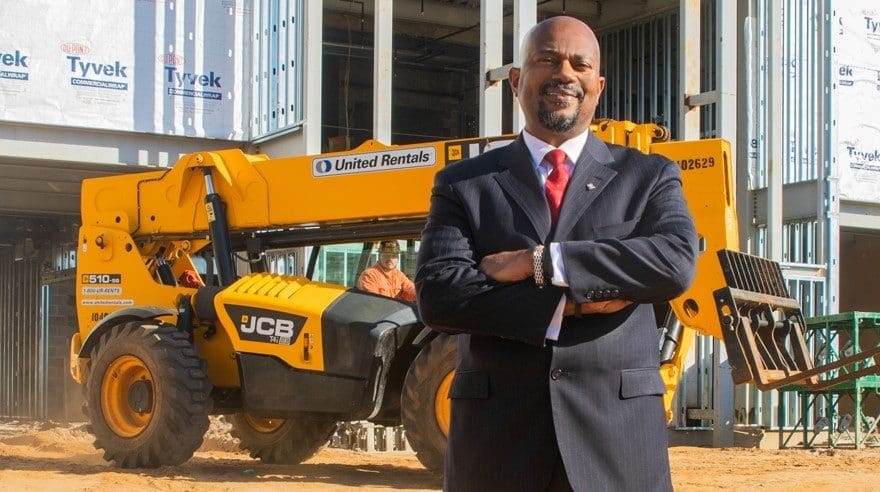 Now 34 years later, as the school’s executive director of physical plant, Jones has also found his way around the odd corners, cubby holes and closets where maintenance issues reside—just from a different perspective. A lot has changed in those interim years, from the vineyard to a new residence hall.

“When people I went to school with come back for events and see the campus is completely different; to see how they react and the excitement, there is also a sense of pride,” Jones says, “but there’s always a substantial amount of deferred maintenance we need to get done.”

Then named the State Normal College for Colored Students, FAMU opened its doors in 1887 as one of the Historically Black Colleges and Universities founded before Civil Rights legislation prohibited discrimination on campuses receiving federal funding.

Most of its physical plant is much, much newer, but Jones says 30 percent of its 140 buildings and facilities are more than 50 years old, and another 29 percent are at least 25 years old. 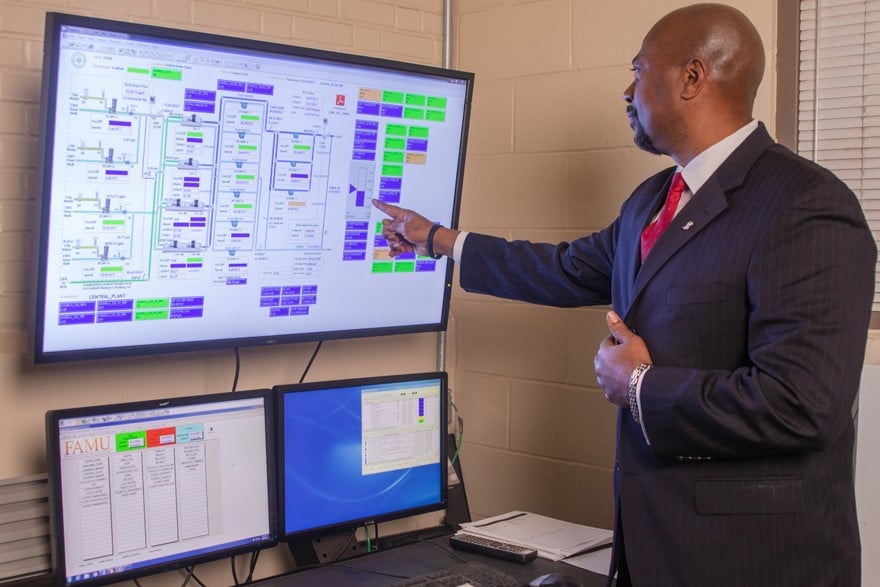 Deferred maintenance is a constant concern for Jones and his staff of 175, although the $1 million replacement of the school’s boiler addresses the major questions including how to more effectively heat campus buildings and control humidity in research areas.

The boiler is coming online in late winter 2020, and its significance should not be underappreciated, Jones says.

“With central plants, the maintenance needs are different,” he explains. “When you allocate funds, people are often focused on a building’s envelope; its roof, windows and systems, but there is not as much conversation on maintaining the network back to the point where steam is generated.”

The school had removed 12 buildings from the old steam system to alleviate strain on the boiler plant. While those buildings will remain heated by other sources, they will also be reconnected to the new boiler plant for emergency backup, Jones says.

A voice in what’s new

And there will be new buildings to heat, as well, with the school adding a 700-bed residential hall, a response to climbing enrollment.

Students will also benefit from a “one-stop shop” approach at the new $40 million Center for Access and Student Success that brings together admissions, financial aid, counseling, health care and academic services now spread across campus. 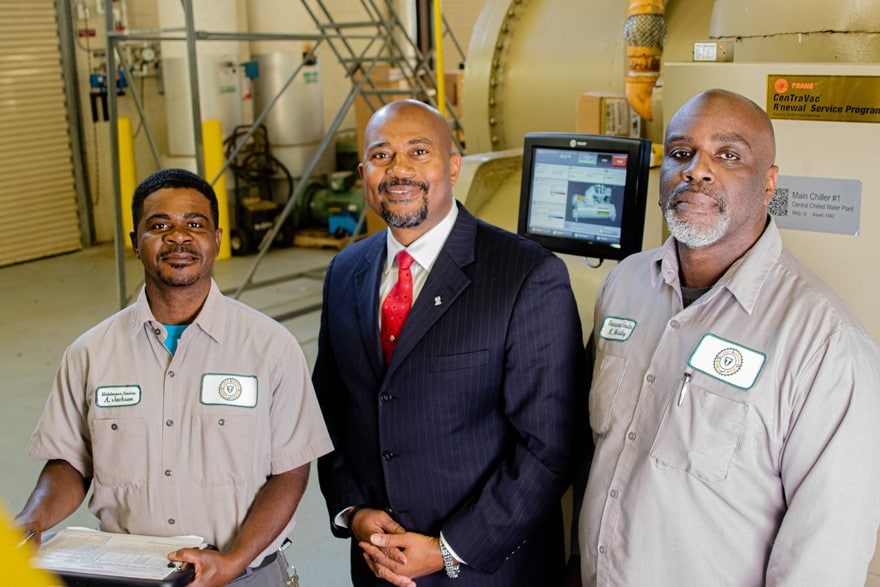 “As we continue to promote high performance to our students, it is integral that we offer them the services, support and infrastructure that will elevate their learning experience and environment,” FAMU Vice President for Student Affairs William Hudson Jr. said at the 2017 groundbreaking.

Jones and his staff are not overseeing the construction projects, but they are involved from initial planning onward—and the details matter.

For instance, there must be enough electrical outlets, and they must be spaced evenly so a crew buffing floors can work unimpeded. In the new residence hall, electrical, heating and cooling systems need to be installed with service access from the hallway to minimize the need to enter dorm rooms for repairs.

Jones and his department have not only been part of the planning for the new residence hall. In 2018 they took over maintenance for all campus housing.

“That work is more time and season-specific,” Jones says. “We have to plan projects, especially projects within the living spaces, during down times like winter or spring break, in the summer or between semesters.”

Jones got his degree in computer science from FAMU in 1986. After graduating, he was hired for a temp position in the school’s administration department as a programmer analyst. The job went well beyond temporary, though. For more than four years, he automated files and spreadsheets for various departments, which presented him the chance to learn much more about how the school operated.

Being mechanically inclined, Jones says he gravitated toward facilities management, which led him to automating the maintenance processes including service requests, creating work orders and tracking department inventory. 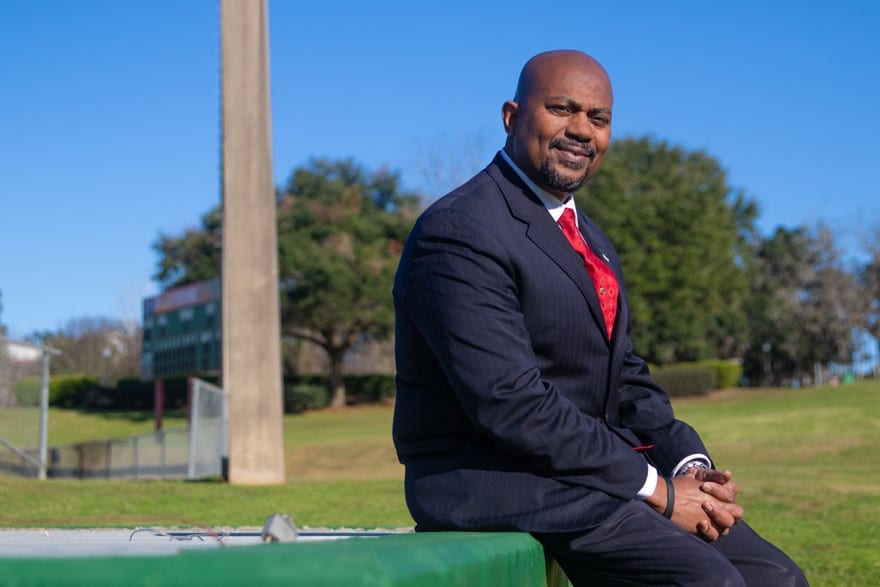 “Back then, you had to write everything down,” Jones recalls. “But before we could get away from that to build networks and automate systems, I had to understand the systems.”

Now he’s been on campus so long he can see one of his daughters as she attends classes as a sophomore. Her older sister is soon to get a graduate degree from Northwestern University, Jones adds.

He does get off campus, too, even if he’s had less time to go deep-sea fishing than he likes. Away from campus, Jones says he tries to keep in shape by walking and exercising, but he also loves to kick back with friends, a beverage and a Maduro cigar.

While he keeps up the fight to maintain his alma mater, Jones says he is always looking to the future.

“I have put so much of my life into FAMU,” he says. “I want to make sure we are not sacrificing quality. We can’t do things cheaply in order to save money.” 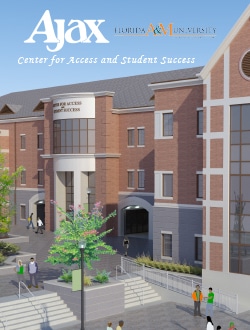 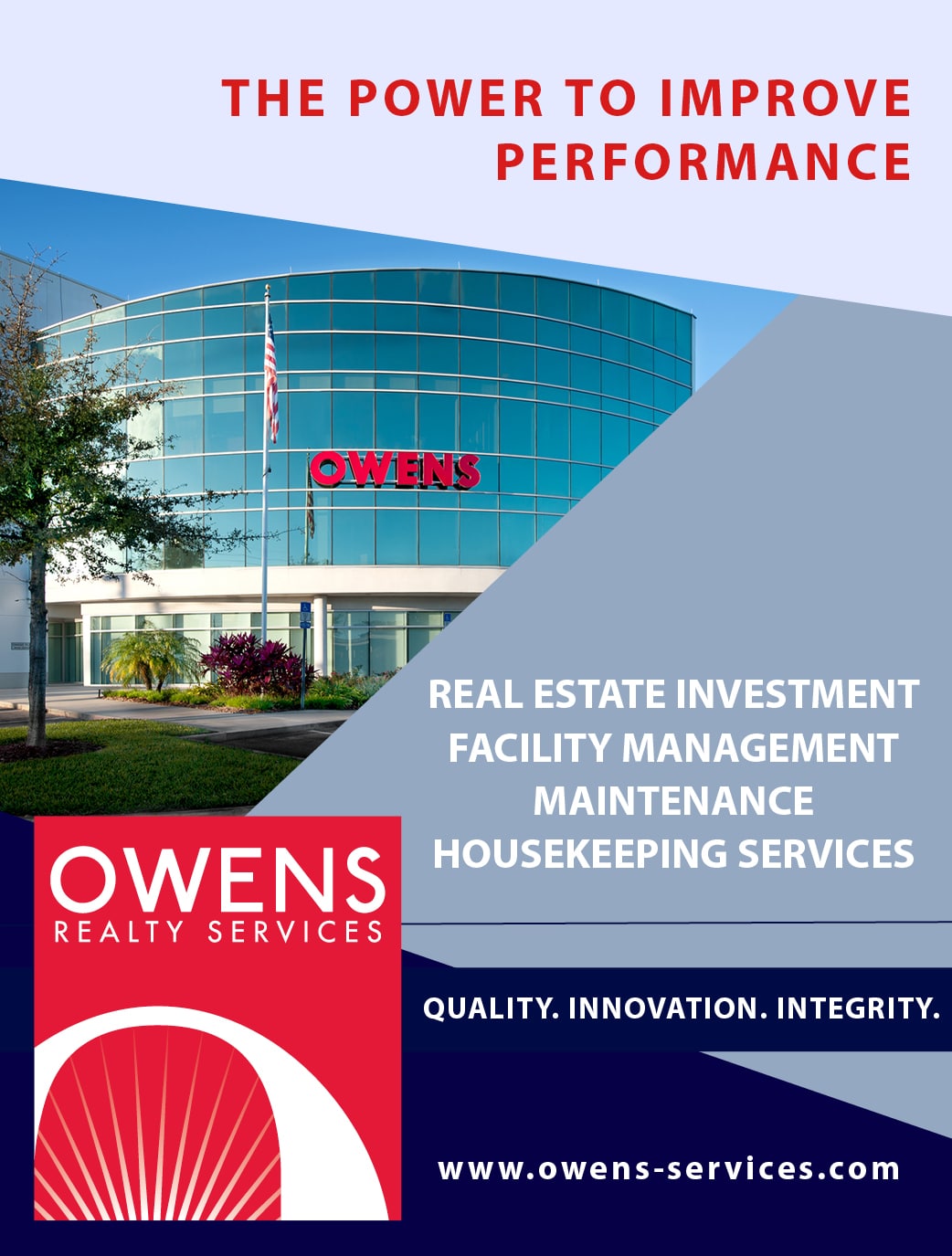