Said to be a week or two late in its COVID-19 response, the United Kingdom tried to make up for lost time this past spring and summer, its precautionary measures including strict oversight of construction sites.

Among them was a contact center being built in Leeds and much needed by a leading global automaker intent on driving digital sales and connected services. Ground had been broken pre-pandemic for the 22,000-square-foot, two-level facility, and its scheduled early August ribbon-cutting seemed almost certain to be delayed by factors beyond its control.

But come late July, that place was hustling and bustling with 400 additional employees in the company fold. The largest property letting deal signed this year in the northern British city, the local press noted, to the satisfaction of the man who largely oversaw its construction via remote means.

“Most interesting was that the project started before COVID and continued throughout the pandemic,” says Ken Ziff. “Needless to say, that posed all kinds of challenges.”

But with yeoman’s work from the general contractor, CBRE, Ziff says the work proceeded as well as practicalities allowed, which is reason for encouragement as an equally ambitious contact center takes shape in the Philippines. More on that later.

Though many European construction projects went on hold this year, work on the Leeds site proceeded despite supply chain disruptions and workforce restrictions that Ziff had never encountered in his previous three and a half years at TTEC. British authorities were sticklers on how many workers could be on each floor, and how they had to socially distance and wear personal protective equipment. Inspectors would visit the site daily to ensure compliance. 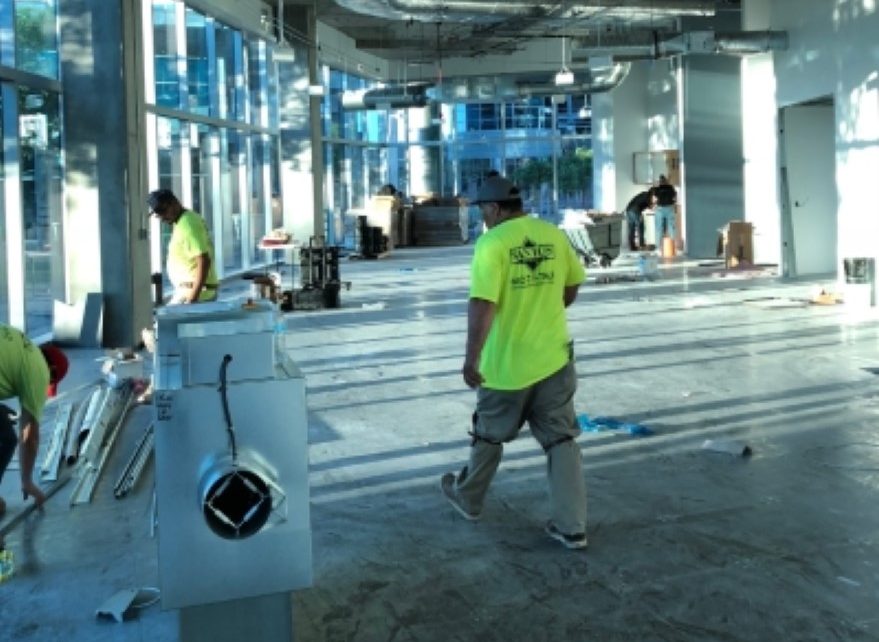 “While we couldn’t increase the manpower, we could increase the working hours and the output was fantastic,” he tells Blueprint a couple of weeks after the facility’s opening. “We were able to beat that timeline and produce a great product. We were fortunate to have hired a fantastic general contractor and great partners to help us achieve our lofty goals.”

Ziff hopes to say the same when TTEC completes its 35th contact center in the Philippines. Delays resulted because of the closure of Manila’s port and some provincials for three months earlier this year. Even after the quarantine lifted, the backlog in shipments caused further delays. A more recent, modified quarantine took effect in September, again disrupting supplies as well as the workers, many of whom arrive by boat or small plane.

Having made many trips to that Pacific island chain, Ziff wishes he could personally inspect the current work, but has great trust in his local team and partners there, with whom he communicates through Zoom, texts or Microsoft Teams.

“I like to observe progress with my eyes, ears and hands,” he says. “The criticality of certain items may seem minor or of lower priority to somebody else, but not for us. But we’re still getting the jobs done and the company has shown its ability to pivot so quickly.”

TTEC to the rescue

In some ways, the projects haven’t been under as intense time constraints as others Ziff has supervised since assuming his responsibilities in March 2017 at the company formerly known as TeleTech (rebranded as TTEC in 2018).

Just a few months after Ziff’s entrance, Hurricane Harvey hit the Texas Gulf Coast and TeleTech was summoned by the Federal Emergency Management Agency to spread word of relief efforts and alert residents about further risk. Having quickly helped fashion the Englewood corporate headquarters office into a volunteer contact center in conjunction with the American Red Cross, Ziff and his team turned their attention to the Houston area. 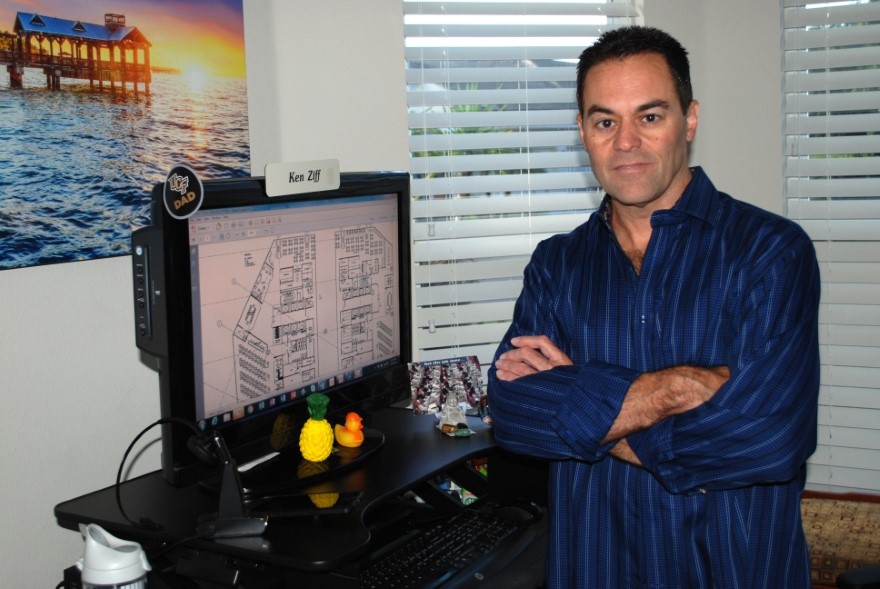 Within 10 days they had located and outfitted two 500-seat facilities in Houston and environs with the necessary infotech and furnishings to serve as 24/7 contact centers.

Ziff would like to emphasize that term too: contact center—or global experience center. But definitely not call center. That may have an unfavorable connotation, a call center staffed by low-wage workers randomly dialing strangers, oftentimes with dubious offers.

A contact center is primarily for serving TTEC customers, Ziff explains. Online shopping being the rage today, a contact center is where a consumer calls to place an order or inquire about delivery. It’s how a policyholder contacts the insurance company about a claim. It’s how matters are resolved regarding cable TV and internet. It’s how car owners can get questions answered about their vehicles.

The demand for contact centers is only likely to grow, Ziff says, their importance attested to with the need for information during COVID-19 by consumers shut in their homes. TTEC active on six continents, the company continues to grow worldwide, which should keep Ziff busy.

And while contact centers may look unremarkable from the outside, inside they are anything but. The wiring must be most sophisticated to handle large volumes of calls, and the staffers need training. Depending on where the contact center is built, there are rules and regulations in each jurisdiction, and TTEC wants its facilities to offer a human touch such as a classy cafeteria, a staffed medical clinic or a relaxation room. The site is designed to make associates feel comfortable and welcomed. 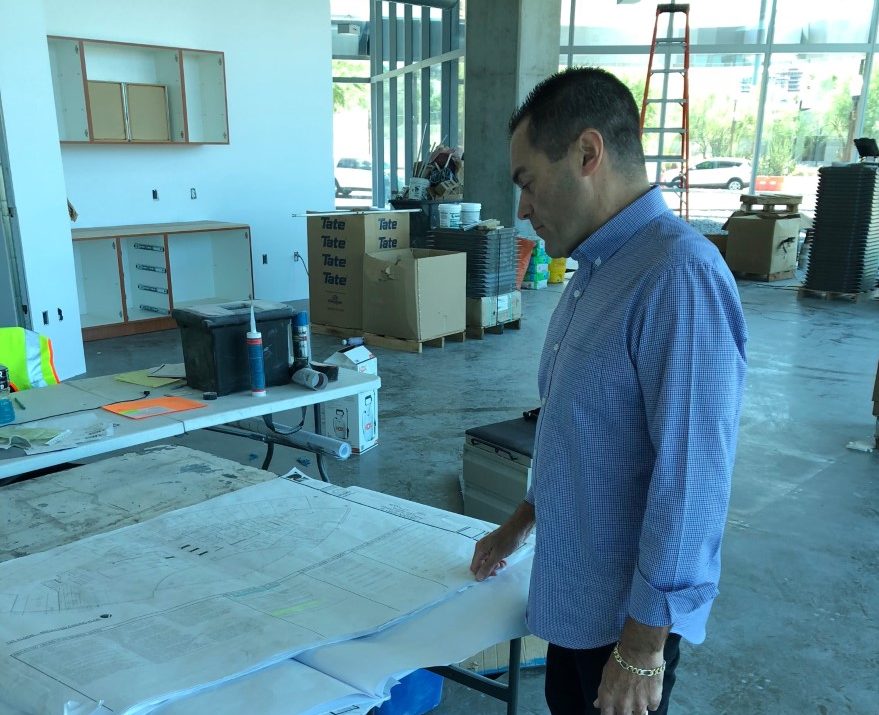 Ziff came to TTEC well-qualified to oversee such projects. The University of South Florida grad held several high-profile corporate real estate and construction positions, including the preceding seven years as director of real estate, facilities and corporate properties at another global operation, NRT Southeast, the largest residential real estate brokerage in the country, and owned by Realogy Corp.

The opportunity to live in Sarasota is a perk Ziff much enjoys. The married father of two children is an avid boater and volunteer with the U.S. Coast Guard Auxiliary. He takes seriously his administration of the vessel safety exam and aiding boaters in distress—even finding parallels with that pursuit and his professional responsibilities.

“Education is key when it comes to many things in life, including boating safety,” he says. “There are no stupid questions, except for the one that wasn’t asked!” 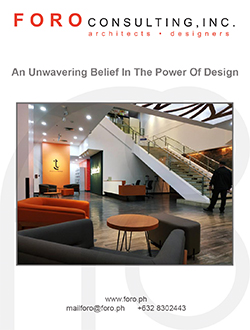