As Ken Pearce tackles a massive capital project at UNC Greensboro, there’s no shortage of logistical issues to account for. 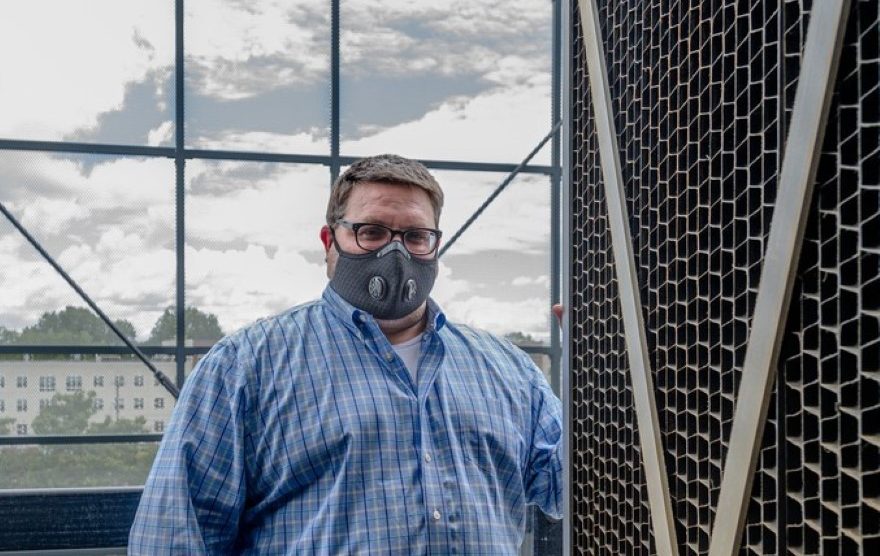 The frontline workers must be updated on whatever direction the evolving health and safety rules might take. Zoom meetings have replaced face-to-face, and a complex inspections process must also be done remotely while some sensitive project infill takes place. Then there are the university’s many vendors who might have their own concerns.

Still, one thing is certain: the necessity for this new facility, which should be complete by October and fully operational come early 2021.

Indeed, as Pearce tells Blueprint in midsummer, there’s nothing like a pandemic to underscore the need for this four-story, $105 million Nursing and Instructional Building (NIB) that’s been under construction since 2018. 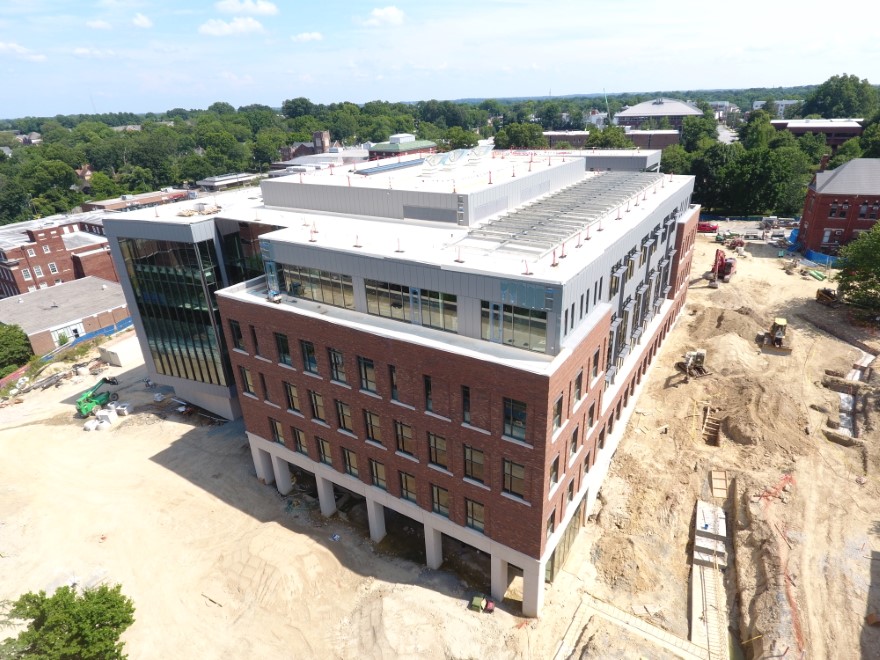 While it’ll soon be training the nurses and researchers of tomorrow—as well as consolidating curricula now dispersed among four buildings—the facility is already proving to be quite the learning experience for Pearce and his team, bringing out skills and versatility that may have otherwise gone underutilized.

“I think we’ll come through all this as an even better team,” says Pearce, director of facilities and construction since March 2016. “We’ve learned to use technology in a better way. You don’t just think outside the box, you throw the box away. Hopefully, this [COVID-19 effect] is just a blip in time.”

But for Pearce and the people under his wing, the pandemic is very much in the here and now.

Even prior to COVID-19, the project encountered some difficulties, including a massive rock formation under the building site. Just blasting that out was a new experience for Pearce—one that created protocols that would come in handy down the road.

With the envelope of this 180,000-square-foot building now in place, the to-do list includes mechanical installations and fine-tuning, and the need for detailed inspections for which the construction manager has deployed a 3D camera for above ceiling and in wall inspections. This also provides a look back in time and can be used in the future to help locate hidden infrastructure. 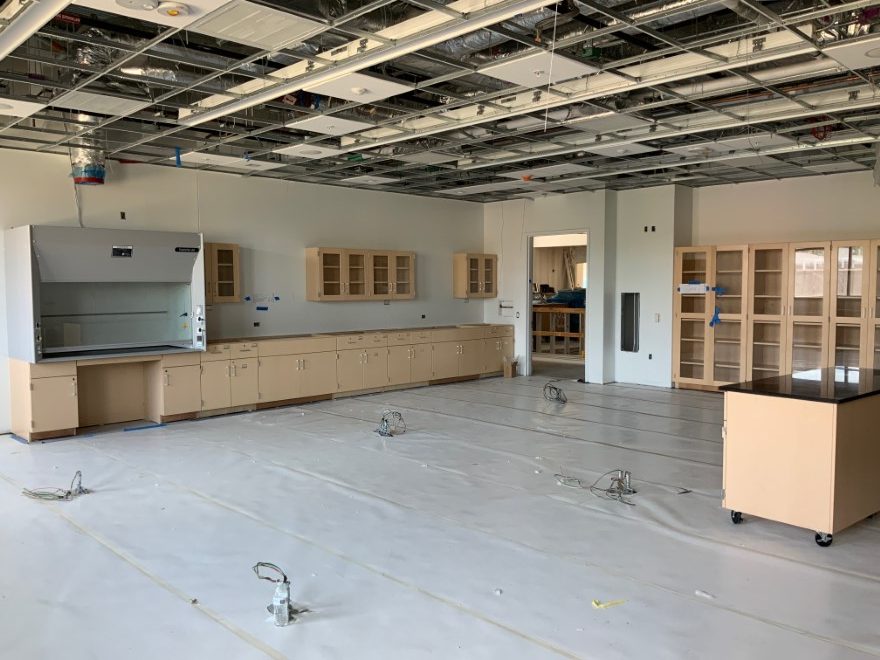 Once complete, half the space will be occupied by the nursing department and staff, with active learning areas complete with high-tech manikins. The School of Health and Human Sciences, the department of biology, and the department of chemistry and biochemistry will also operate here—with 39 labs, 14 classrooms, nine research suites and a community engagement center at their disposal.

It’s a project that transcends the university’s interests, the expense covered by state funds through the Connect NC Bond which was passed by North Carolina voters in early 2016, right around when Pearce came to UNC Greensboro.

Central North Carolina should be a prime beneficiary, he says, this being a mecca for healthcare and biopharma research, with numerous hospitals in the Greensboro/Winston-Salem area, including some major teaching facilities. The hope is that the school’s graduates will pursue careers locally.

“The [nursing] program has already been budding and bursting at the seams,” Pearce says. “We’ll be able to increase the class sizes.”

With such a significant addition as the NIB comes the need for other upgrades, including a new south chiller plant. According to Pearce, the facility supplies water to NIB and other facilities, and will make campus facilities more reliable. A modest and utilitarian brick building, it’s been built on the south side of the campus, complementing one on the north side. Should a chiller plant fail, water can be rerouted from the other facility. 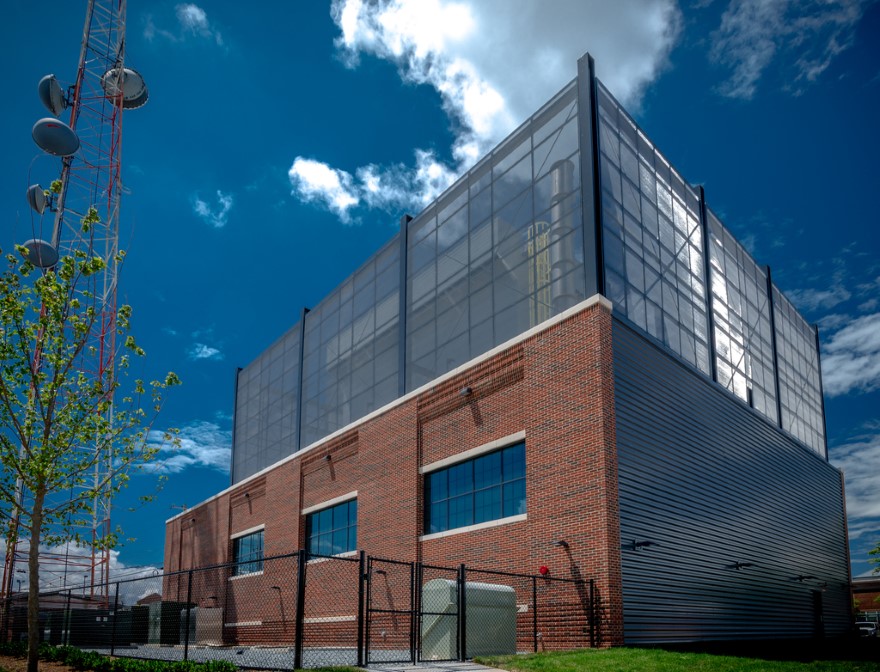 A 1995 thermo engineering graduate from North Carolina State, Pearce is well-versed in these systems, having logged five years designing HVAC systems for Stantec in Raleigh-Durham. As to how he evolved into overseeing facilities and construction at a major university, it seemed a logical progression though not necessarily planned as such.

“Sometimes a career chooses you and not vice versa,” the 48-year-old Pearce explains. “My goal was to be a professional engineer by the time I was 30. You might say the stars aligned and I was able to take advantage of what was given me.”

He’s also earned it. Early in his career, Pearce’s days as a contractor were spent beating sheet metal together, carrying pipes and learning the basics about what fabrication was possible in the sheet metal shop. What he learned as a designer, he put into construction and always asked a lot of questions. 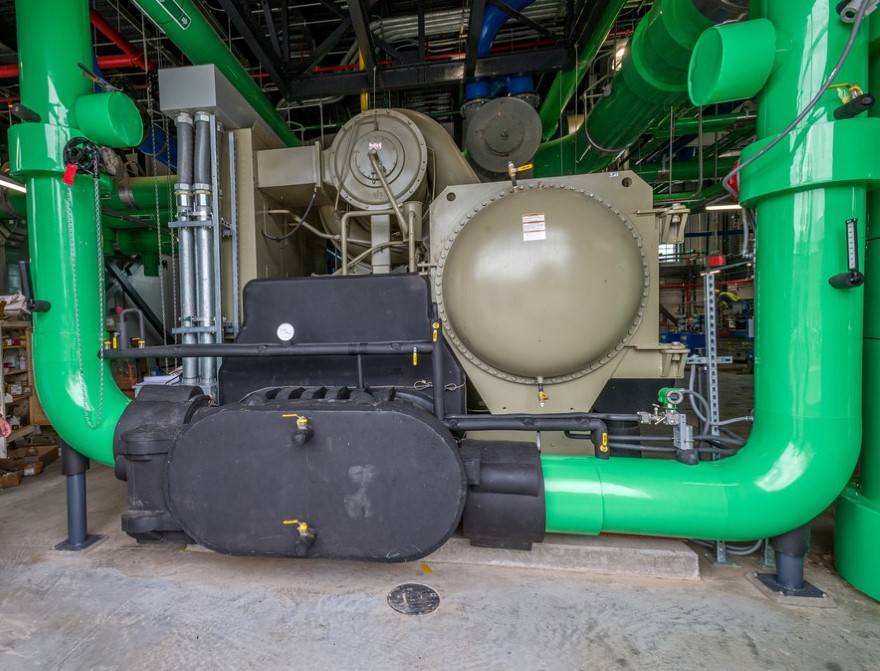 “I’m always trying to learn something,” he emphasizes.

Thus the academic environment seemed the place to be. After leaving Stantec in late 2004, he returned to his alma mater as associate director of engineering for nearly six years. In 2010, Pearce moved to the coast, joining Cape Fear Community College as its director of institutional services, a position he’d hold for another six years.

Ready for a new challenge in the spring of 2016, Pearce came to UNC Greensboro with plans for the Nursing and Instructional Building in the works. Some delays caused by COVID-19 notwithstanding, he’s proud to see that project steadily progressing.

And how appropriate, he says with a good-natured laugh, that this soon-to-be world-class facility for scientific experimentation is itself the result of numerous experiments successfully carried out by the facilities and construction team.

“This has been a lot of trial by fire as we had to help the university overcome a lot of scenarios,” he says. “But you either learn to deal with these unexpected situations or you don’t deal with them at all, and not dealing with the issues is not a sustainable option.” 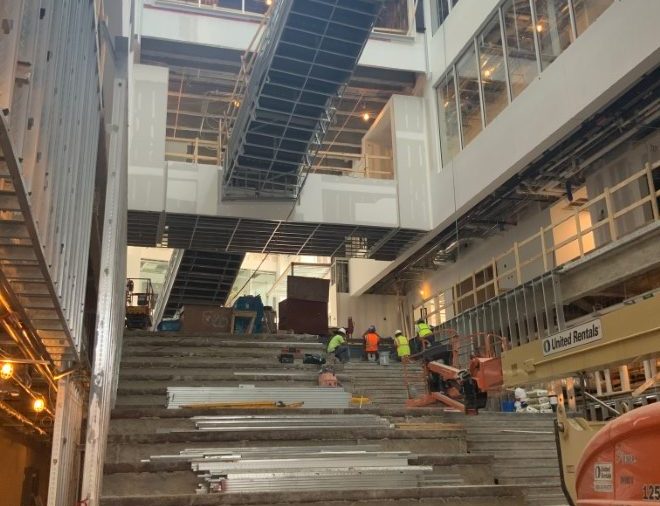 He’s also quick to credit his wife, Courtney Pearce, who’s been supportive of his many career moves. But UNC Greensboro may just be where this household puts down deeper roots: a public research university in a desirable locale, with a growing enrollment whose needs must be fulfilled with state-of-the-art facilities.

“The engineer in me sees so many types of projects,” he says. “At an engineering firm you might just do office buildings. Here it’s offices, chiller plants, science buildings, athletic facilities, resident halls and all levels of renovations, and keeping up campus appearance—first impressions matter to prospective students and parents.”

“But, maybe best of all, we have a small part in shaping the leaders of the future.” 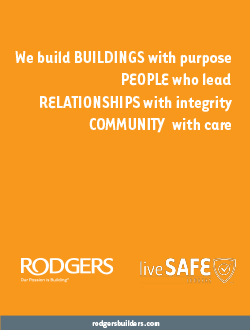