Can’t be penny-wise and pound-foolish. That’s what Ken Feldman reminded his colleagues at Centuri Group Inc. when the lease was soon to expire at a company satellite, this one in the Washington D.C. metro area.

Ostensibly the longstanding facility on the southeast portion of the Capital Beltway made sense, the rent being significantly less than it would be elsewhere. But traffic being what it is in and around the nation’s capital, the utility infrastructure services company was losing time and wasting fuel as its crew trucks and heavy equipment haulers crawled at snail’s pace. 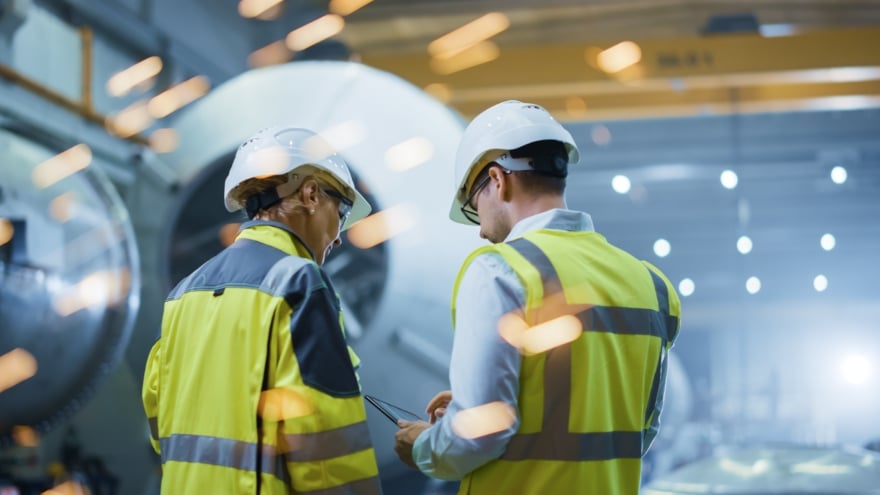 So, Feldman arranged for a decade-long lease at a new facility on the less-congested northwest Beltway in Silver Spring, Maryland. Though it costs his employer over $15,000 a month in rent, it saves Centuri nearly $1 million a year in time, fuel bills and wear and tear on the trucks.

“A very tangible result at the end of the day,” Feldman tells Blueprint in August from Centuri’s corporate office in Phoenix. “When you look at real estate and facilities, there are a lot of idiosyncrasies you have to take into account for the sake of efficiency.”

Access and egress might be adequate, he goes on to say, but stop signs and traffic lights can add time and cost to a heavy truck delivering heavy materials. The trucks also being Centuri’s biggest carbon dioxide emitter, Feldman’s intent on enhancing the company’s ESG—environmental, social, governance—credentials.

As Centuri’s director of real estate and facilities services since May 2020 and a member of the team for the five preceding years, Feldman makes it a point to delve into those details and more at around 270 facilities in the United States and Canada.

Centuri being a company that partners with regulated electricity and gas utilities, often-times in congested urban areas, he emphasizes the sensitivity of its mission and how there’s rarely any downtime.

“Our business is interesting because infrastructure investment is a continuous project,” he says. “Today’s pipes and gas lines have longer lifespans than before, but they still need maintenance or replacement. The same’s true for electrical transformers and power poles; and as a country, we’re behind the 8-ball on utility infrastructure.” 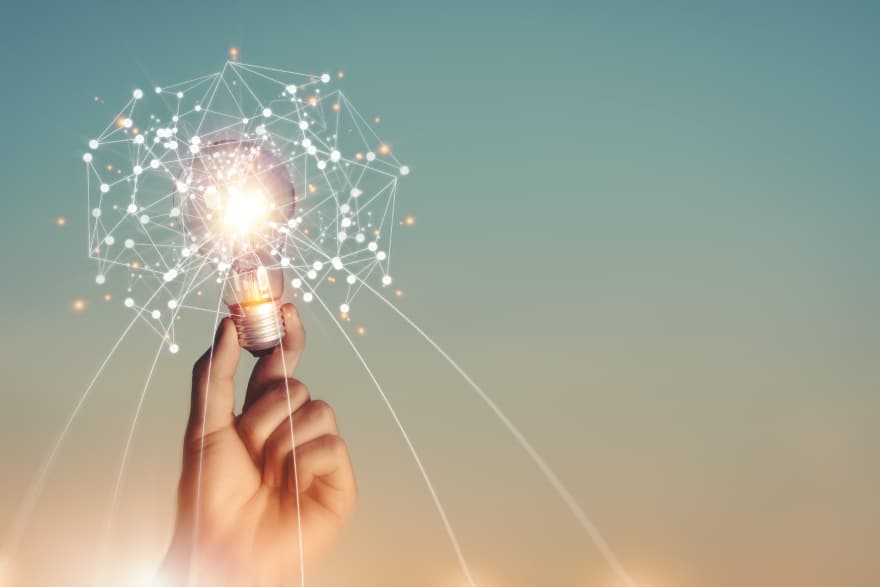 Centuri able to do something about that, it’s doubled in size in the past four years. While other personnel get their hands dirty installing the pipes and transformers, it’s among Feldman’s responsibilities to ensure they’re positioned geographically to respond to the utility industry’s evolving needs.

That means arranging facilities not just for serving clientele but for training the hired hands to do complex and often-times risky work. He’s set up two such places in Texas and another in Georgia where the hard hats learn to climb poles, use equipment and attend classroom lectures.

“We weren’t even in Texas five years ago but now we’re big down there,” Feldman says, noting that state’s grid problems during the winter of 2020-21. “As our market expands, the need will arise for more training centers.”

And, of course, for rethinking the location and efficiency of service facilities.

Back to boots on the ground

When time nears for lease renewal, Feldman tries to visit the location and walk the site. The close-up view factored in his decision to consolidate a couple facilities six miles apart in the Southern California cities of Eastville and Chino with projected savings of $1.8 million over the lease’s terms. Other consolidations might be in the cards.

He’s also commenced with a new method of assessing company real estate, identifying such weak points as energy waste. Stressing how ESG is both good business and ethically appropriate, as Feldman looks for properties and negotiates leases, he pushes for such savers as LED lights, programmable thermostats and up-to-day HVAC. He’s just as diligent on staffing and training his own department. 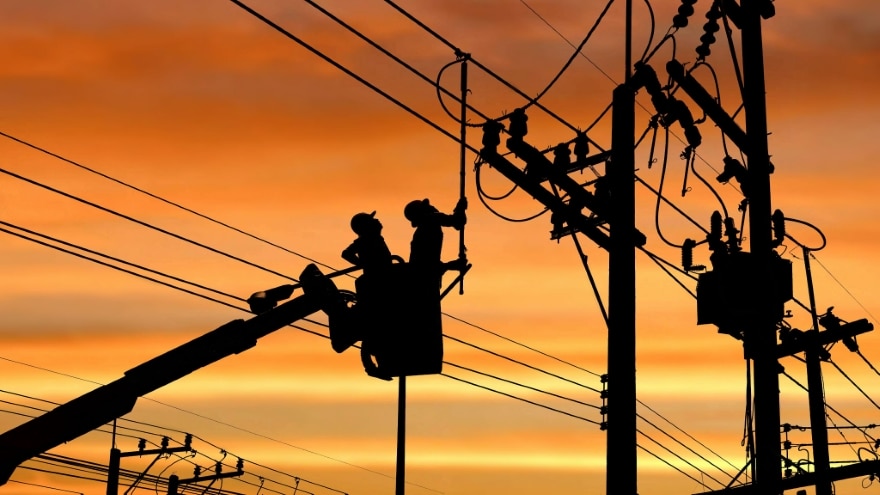 “I’m real big on team building and relationship building because that is what sets us apart,” he says. “We’re driven by training and development. It’s all about what’s doing best for our customers and my team.”

And it’s all about overseeing real estate and facilities for one of the nation’s largest specialty service companies of its kind, one that lured Feldman out of likely retirement to be its contract administrator in early 2015.

At the time he was running Feldman Construction & Development in Peoria, a real estate development and management company he had assembled in 2002 with managing partners. The Southwest construction industry booming, there was no shortage of work and Feldman’s qualifications formidable.

“I come from an operational background in construction and development,” he says. “High tech to high-density residential and commercial, retail and industrial. My background helps me better understand what my customers and operational teams need.” 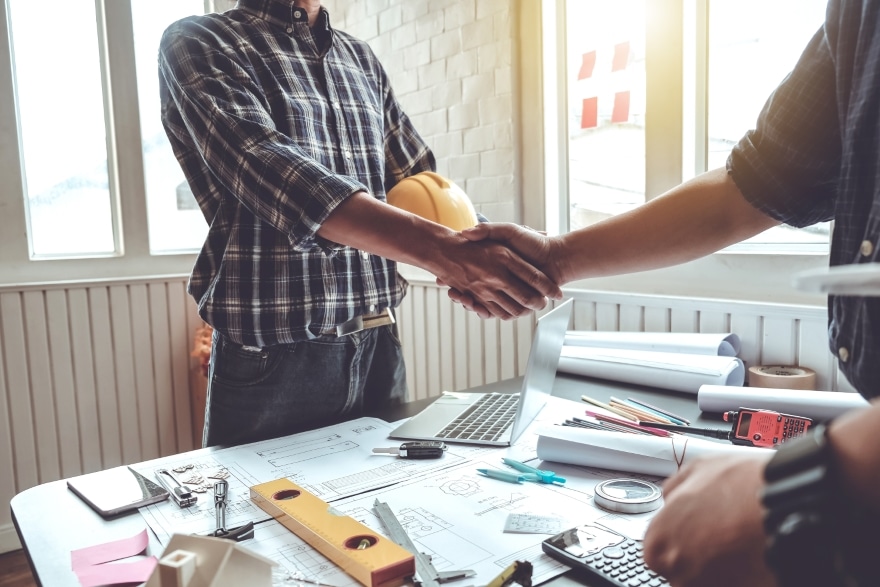 His military background also factors, Feldman having been a Navy Reservist for 23 years and deployed in the first Gulf War during the early 1990s. More recently he had been command liaison for Navy facilities being built in Norfolk, Virginia.

There’s nothing like the military for instilling a can-do approach, Feldman goes on to say. He also brings to the table a sense of worldliness that comes from he and his wife visiting such out-of-the-way places as the Dominican Republic where they immersed in the culture of a tobacco and cocoa farm.

“We steer clear of the touristy crap,” he says with a laugh.

Come next summer, they also will be found in north Idaho where Feldman has bought property for a second home. An outdoorsman who hunts, fishes and hikes, he’s looking forward to enjoyable times there with his daughter, a speech pathologist, and his son, a lineman who’s carrying on the family’s tradition of building.

“Four generations deep in construction,” says Feldman, who grew up in Washington state, son of a man who ran a small construction outfit. “Dad had just a few employees, but he took care of them so well that they stuck around. Having good people around you is invaluable.” 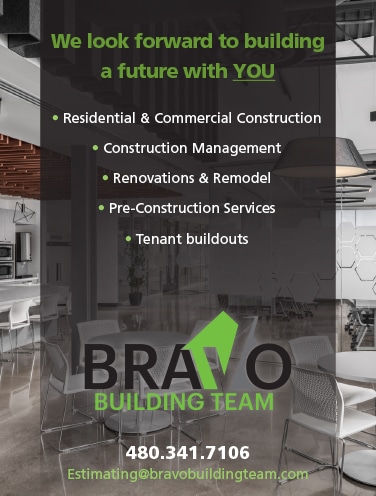