It’s a fact of construction life that the bosses have been bemoaning for years. Though the trades are teeming with opportunities, there’s not a rush of young men and women to be electricians, mechanics, pipefitters, masons, painters, plumbers, carpenters and all the other vocational roles so necessary in bringing a blueprint’s intent to fruition.

As senior vice president of facilities development and operations for a major health care provider in the Upper Midwest, Kelly Noel deals with the consequences of that labor shortage almost daily, and anticipates it worsening unless proactive measures are taken. 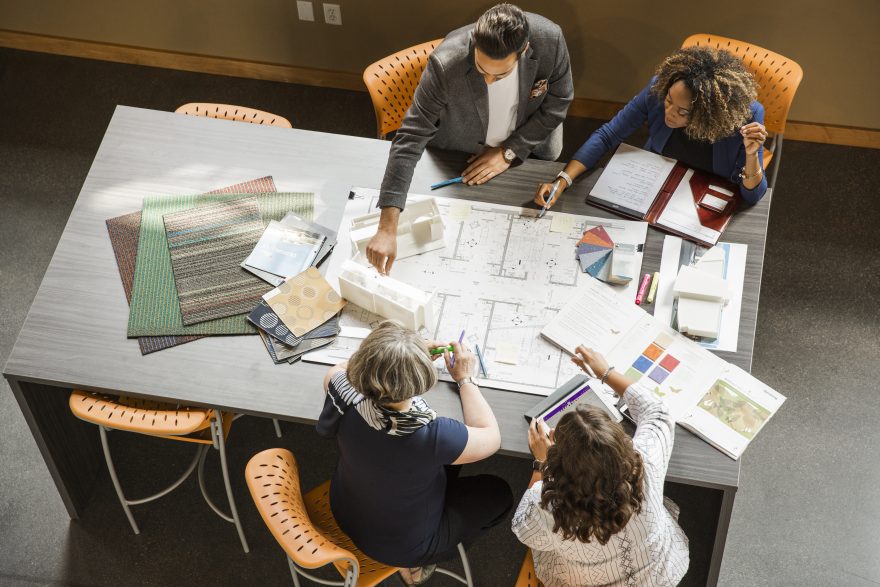 “I manage a team of about 300 caregivers, 90 percent of whom are men,” says Noel, who became director of construction management at Milwaukee-based Aurora Health Care in 2015, and was promoted to her current position early last year.

“Over half that team is over 50 years old, and 40 percent of that segment is over 60. It’s necessary for us to implement a plan that will keep us going. It’s an outstanding team, but it’s only a matter of time before they retire.”

At 37, the energetic Noel is among the younger leaders at Aurora. She plans on being around awhile and has spearheaded a few initiatives aimed at ensuring capable individuals will be at the work sites and running the hospitals long after today’s experts hang up their boots for good.

All the better if the future hires are more diverse, she says. She encourages broader perspectives, diverse experiences and a variety of backgrounds. Not just from women, but from the many minorities that are part of the Greater Milwaukee community.

As Wisconsin’s largest private employer, with operations stretching into Illinois and Michigan’s Upper Peninsula, the nonprofit Aurora Health Care includes 15 hospitals, 70 pharmacies and 159 clinics, and has several projects under way. Give or take a few, that’s about 250 facilities that fall under Noel’s oversight—and at each, opportunities for capable hands of all types to ply their trades.

Aurora is already working with public schools and general contractors in the Milwaukee area and other locales, emphasizing to the youngsters that a prosperous and fulfilling livelihood could be theirs if the trades appeal to them. 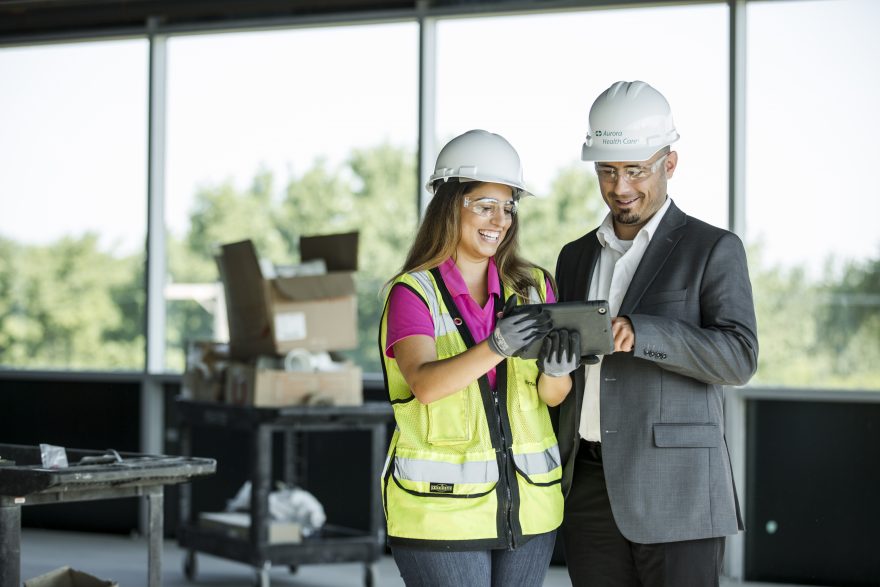 Even elementary school children are being given the opportunity to put on a hard hat and learn some basics of the building process. Middle schoolers, who may have grown up on video games, are shown how they can apply that hand-eye coordination to the very engaging process of building modeling.

Come summer, Noel expects an internship program to be underway with high schools, giving juniors and seniors in vocational education the chance to learn trades and get paid, while seeing the sophisticated construction and daily hospital operations up close. Even more is at stake than just preparing a young person for the work force.

“For many such boys and girls, it might be their first chance to have a mentor,” Noel tells Blueprint in late February. “We’re very aware of the fact that many children come from challenging home lives and could use a role model, as well as the hope and opportunity an internship can provide.”

Noel feels blessed because she had the best kind of mentor, an electrician father who shared his skills and even encouraged her to outdo his own credentials.

“Find less laborious work,” he’d tell her as she accompanied him to sites.

That his precocious daughter did, earning a BS in electrical engineering from the Rose-Hulman Institute of Technology in Terre Haute, Indiana, in 2002, and working for Affiliated Engineers Inc. (AEI) in Madison and Chicago, and M.A. Mortenson Co. in Milwaukee, prior to Aurora. 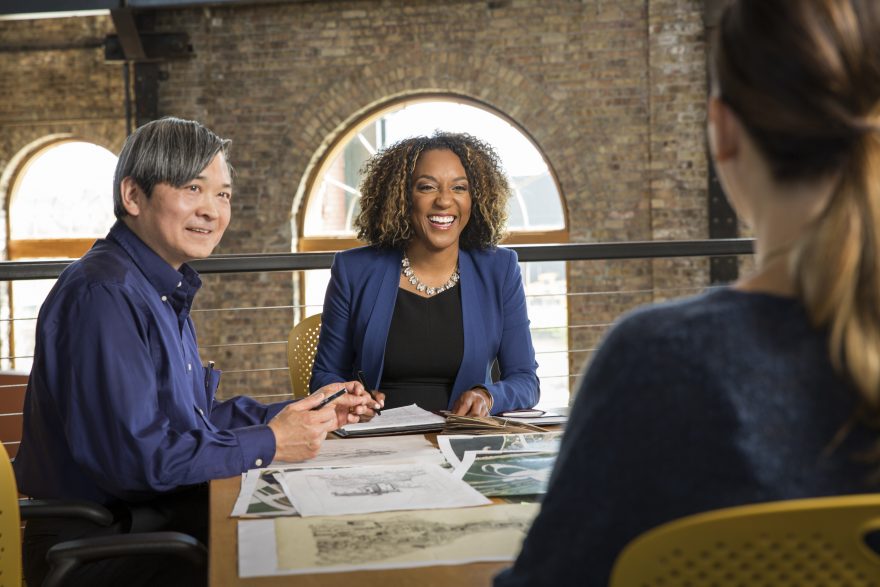 But years earlier, Noel underwent an ordeal that factors in to her wanting to apply her construction and engineering smarts to health care.

Noel suffered kidney failure as a toddler, spending a month in a hospital, her condition at times precarious. Many of those nights her father and mother slept in her room. Looking back at that crisis, Noel says her parents couldn’t have been very comfortable and she takes that into account when there’s a construction or renovation project on her to-do list.

“In 1982, health care wasn’t designed around the family’s experience,” she says. “Although I chose not to be a doctor or nurse, I do have the ability to interact and make a difference in how health care is delivered today.”

One of her first projects out of college was in Madison, where among those attending the ground breaking was one of the doctors whom she credits with helping save her life decades earlier. “It’s makes healthcare work all the more fulfilling,” she says. “It’s humbling; it teaches how fragile we are, yet how resilient we can be.”

“It makes health care work all the more fulfilling,” she says. “It’s humbling; it teaches how fragile we are, yet how resilient we can be.”

Noel will have a lot of opportunities to contribute on that front during the next few years.

This summer in Kohler, about 55 miles north of Milwaukee, the aging Aurora Sheboygan Memorial Medical Center is set to be replaced with a $324 million hospital campus.

The project calls for all kinds of vocational aptitude. Students interning here can garner priceless experience.

And that’s just a few of the many projects Aurora is undertaking with the aforementioned aging workforce.

“My team averages several thousand projects a year, and we have between $500 million and a billion dollars of work in design or construction,” says Noel, who prudently enrolled last year in the executive MBA program at the University of Wisconsin-Madison. “It can take thousands of people to pull off some of these projects. We’ve got to get great people through the door.”

Young people pondering their careers may want to take notice. 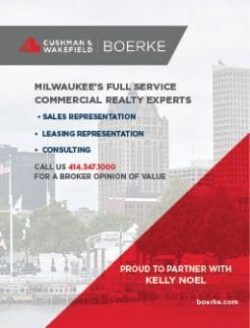