Making her way without walking alone

It was not a fun job, but there was Kelly Fleming, a little girl cinched up in a toolbelt, picking nails out of the dirt and dust at construction sites. 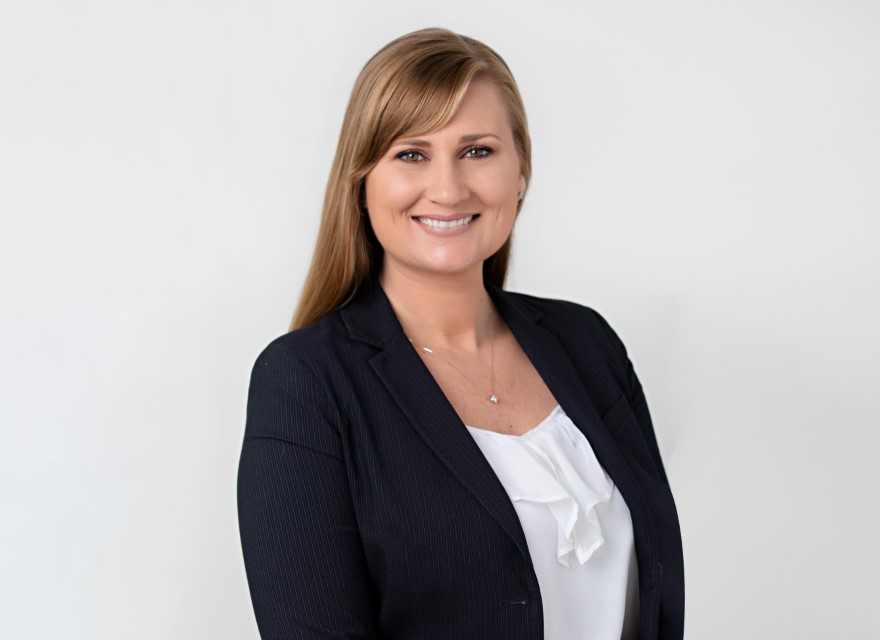 “I wanted to spend time with my brothers and my dad, and that’s what they made me do,” she recalls. Picking up nails was just the start, though. Fleming has built a career in construction and facilities management that’s taken her from the San Diego area across the U.S. to Annapolis, Maryland.

Now director of design and construction management for Realterm, she’s in charge of building logistics and transportation centers at some of the world’s busiest airports, including a $150 million ongoing project at New York’s John F. Kennedy International Airport.

“I feel very appreciated at Realterm,” Fleming says. “From the moment I walked in for my interview, I knew it was where I belonged. Realterm was more focused on my work experience and how I could support their construction department and less focused on the fact that I’m a female in a male world.”

The future of freight

Realterm is a real estate investment firm that owns and manages more than 300 logistics-oriented properties across North America and Europe. 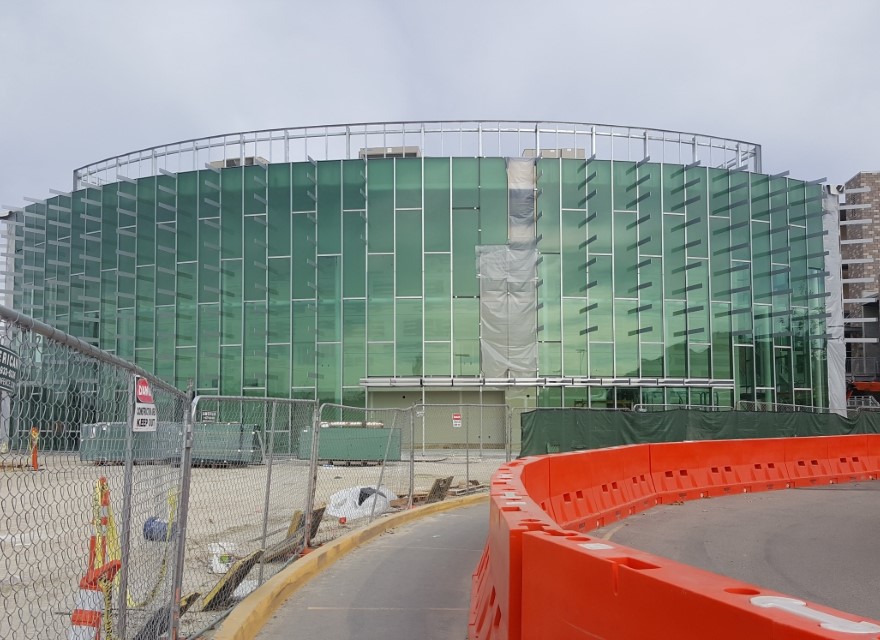 At JFK, Realterm has plans to tear down aging cargo handling buildings and replace them with a 350,000-square-foot facility. Construction is expected to take 2 ½ years. When open, the facility will feature a material handling system that uses elevating transfer vehicles to store and retrieve cargo.

The JFK project alone would fill her plate, but Fleming’s also in charge of cargo handling facility projects in Syracuse, New York, and Manchester, New Hampshire, as well as off-airport facilities in California, Colorado and Illinois.

As pleased as she is that Realterm has made her feel at home, Fleming’s also been delighted to pass on what she’s learned in her career to Katie Legue, a company analyst who has worked with her on the JFK project and helped show her the ropes at Realterm.

“She embodies a very classy, intelligent, professional woman in the workplace, and without her support I would not be successful here,” Fleming says. 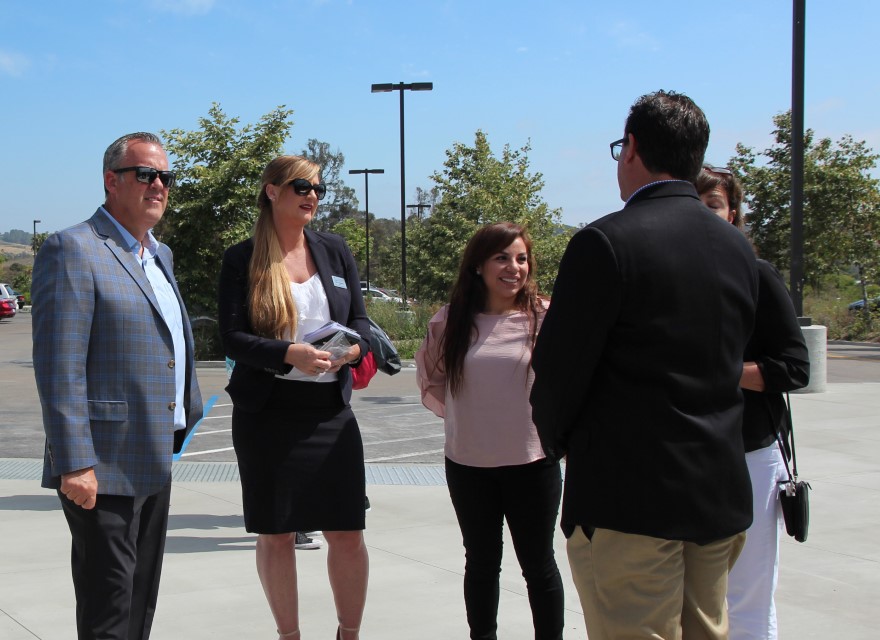 To Kelly’s direct left is her admin Veronica Sanchez

She also credits fortuitous timing and several other strong influences for getting her started on this path, and then helping her navigate a world not always open to women.

After graduating Baylor University with a bachelor’s in education, Fleming and her former husband returned to the San Diego area. Three months pregnant and looking for a job, she followed her father’s advice and sought work in city government because of its stability and opportunity to save for retirement.

A temp job as an office specialist for the city of Carlsbad’s Construction Management and Inspections Department linked her with Don Moore, a city construction manager and native Texan drawn to Fleming, in part, because she was a Baylor grad. He ensured her there would be a job when she returned from maternity leave and became her first mentor when she began an internship as a construction inspector.

His advice was crucial—he told her never to be seen opening a code manual on a job site while also quizzing her weekly on city building codes. Fleming learned the codes, as well as how to be “one of the guys” on job sites, she recalls. 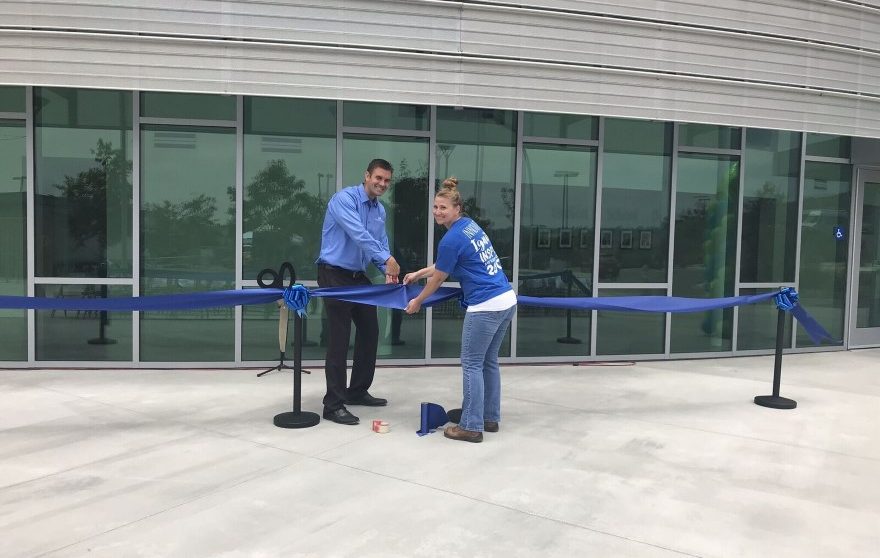 She also credits her mentor and dear friend Lory Warren, then a heavy equipment operator, for instilling the demeanor she needed on work sites.

“You couldn’t show any emotion, you could not yell and scream, you had to blend in, be one of the guys,” Fleming says.

With that in mind, she became a public works inspector in 2006 and public works supervisor in 2010. In the latter role, she developed and implemented a master plan for 56 municipal buildings while directly supervising 15 employees.

In 2013, Fleming became public works manager for the city of Lake Forest, in charge of drafting requests for proposals and administering contracts and professional service agreements. She also scheduled road and bridge maintenance projects. 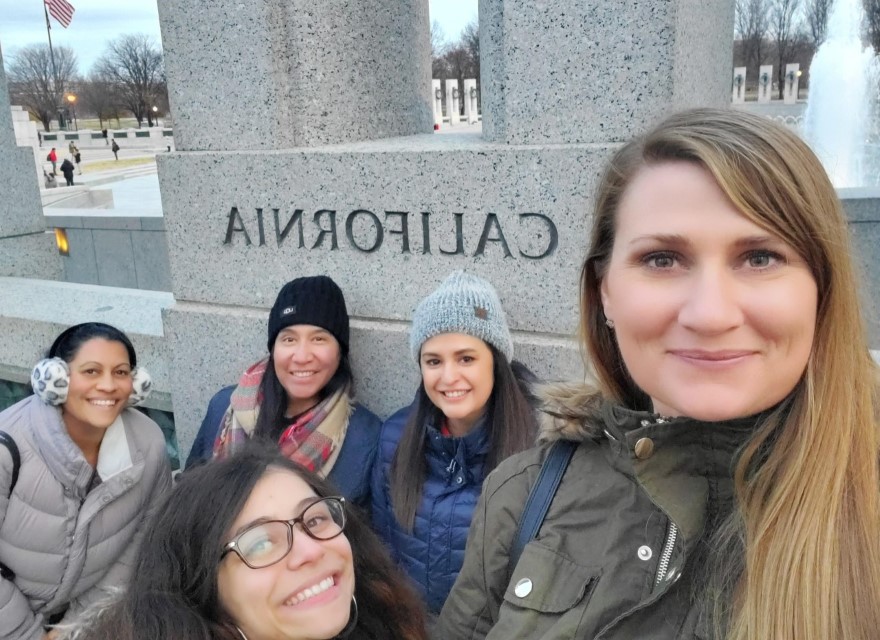 In October 2014, Fleming came home again, this time to her birthplace of Oceanside. She made a lateral move from public works to public education when she became director of property and construction management for the Carlsbad Unified School District in 2016.

At CUSD, Fleming became the public face for projects the district was undertaking. While choosing construction and project management teams, contractors and vendors and administering contracts, she was also learning from then-Superintendent Suzanne O’Connell about leadership.

“She was the first female boss I had worked for. She reinforced that being a professional, classy woman was acceptable in the construction world,” Fleming says. “She would gracefully and professionally put you in your place if needed.”

It was also at CUSD that Fleming came to know and mentor Veronica Sanchez of Erickson-Hall Construction by way of Mira Costa College, who has progressed from being an administrative assistant to assisting with project management.

“I was able to pass on what I had learned and I know Veronica is doing the same and will lead the next generation of women in construction,” Fleming says.

Born in Oceanside, California, Fleming grew up in Vista—both communities located in the San Diego area. As a kid, she played basketball and softball, and while attending Baylor, played outfield, third base and catcher for its softball team.

Team sports honed her drive and desire to succeed, she notes, while also helping shape her professionally.

“For me, failure is not an option,” she says. “I’m very competitive and harder on myself than anyone else can be.”

Overseeing construction of projects used for the public good, from better roads to athletic fields to schools, has been one of Fleming’s greatest rewards. 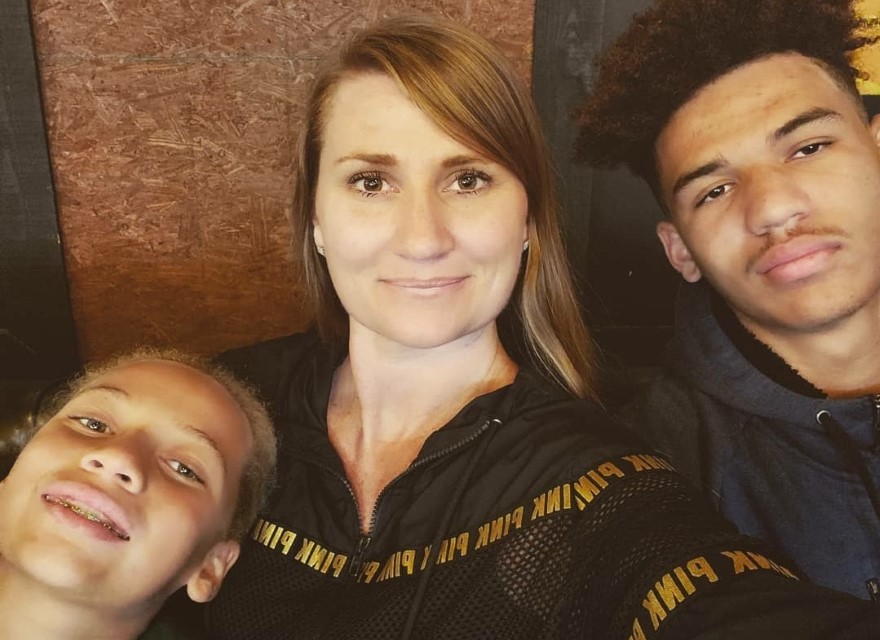 Kelly and her children, Makayla and Daelin

But she’s never comfortable with the public recognition she’s gotten. Ready to shy away from the ribbon-cutting for a new performing arts center at Sage Creek High School in Carlsbad, instead Fleming also used the occasion to reflect on the guidance and support given to her by Monika Valdez-Nava and Felisha Castro, both of whom she met working in city government.

“We’ve all got the same drive and similar stories,” Fleming says. “They are my chosen sisters and without their support, I would not be where I am today.”

Now, she’s on the other side of the U.S. with her two children, Daelin and Makayla, building on professional experiences and personal strengths, not to mention gigantic, state-of-the-art cargo handling centers.

And someone else picks up the nails. 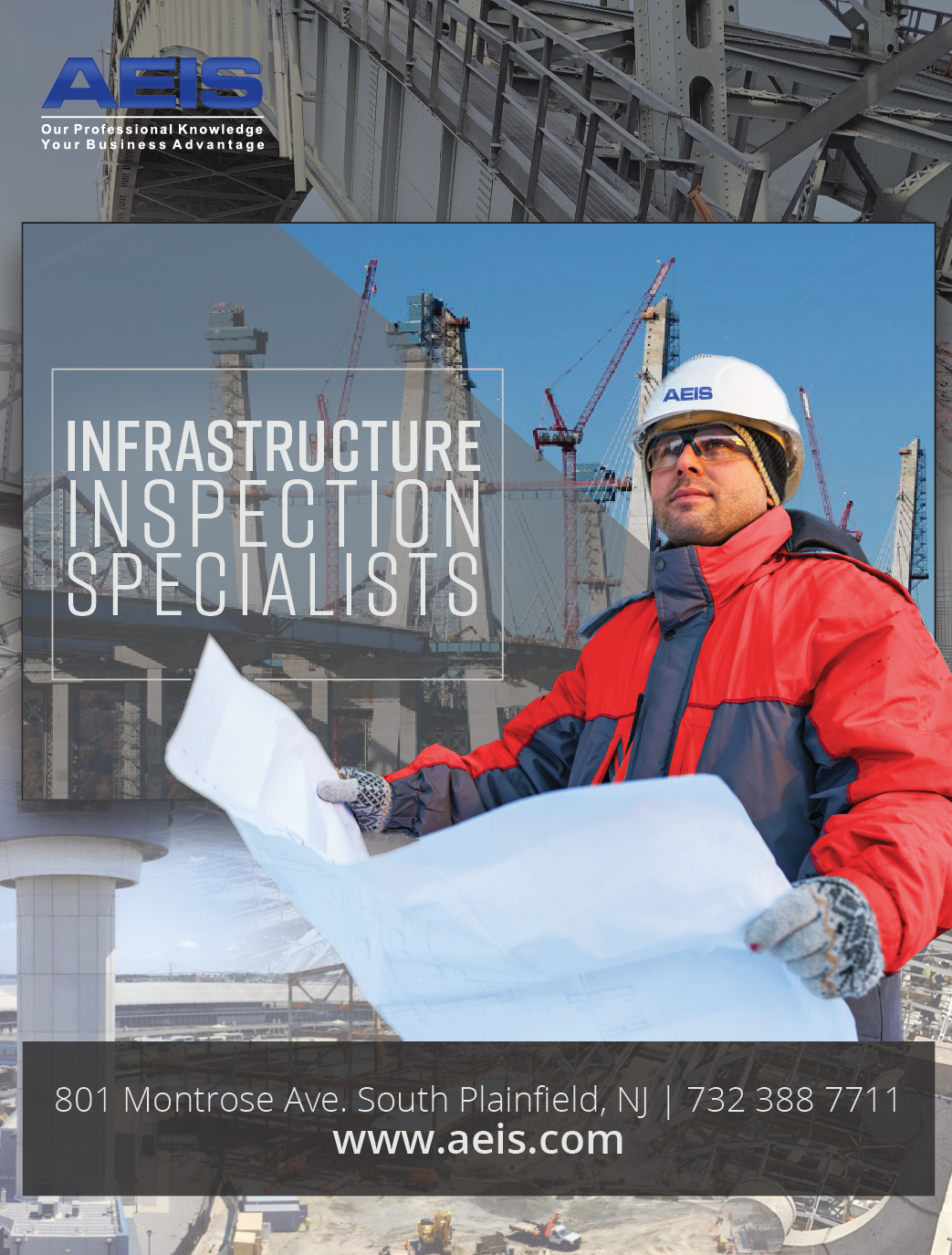